A home invasion in the southwest valley ended with the homeowner getting shot and firing back at two men who had entered his residence Friday morning, according to Las Vegas police.

The shooting was reported at 9:46 a.m. on the 9200 block of Starcross Lane, near South Fort Apache Road and West Twain Avenue, according to the Metropolitan Police Department.

A homeowner told police that he was shot by two adult men who entered his home. The homeowner then fired at the men, prompting them to flee.

The victim was taken to University Medical Center, police said. His condition was not immediately known.

About 9:55 a.m., Las Vegas police received a call that two men suffering from gunshot wounds were dropped off at Southern Hills Hospital in critical condition.

It was not immediately known if the pair were connected to the home invasion.

Edward Duffy, who lives on Dapple Gray Road, a block away from the scene, said he hasn’t seen anything like this in 23 years living in the area.

“This is a very quiet and safe neighborhood. I’ve never heard of a home invasion or shooting over here,” Duffy said, adding that the family-friendly neighborhood generally doesn’t see a lot of traffic.

Las Vegas police spokesman Larry Hadfield confirmed there were no fatalities from the shooting.

North Las Vegas police have identified the four officers involved in a Wednesday morning shooting that left one man dead. 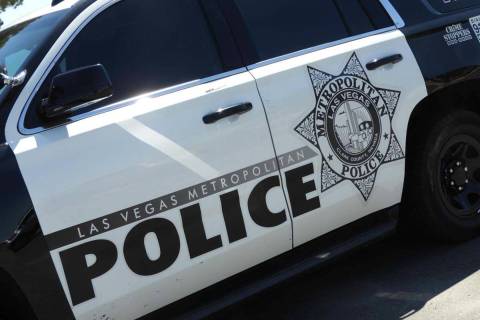 One man was hospitalized and is expected to survive following a shooting Saturday morning in the central valley, police said. 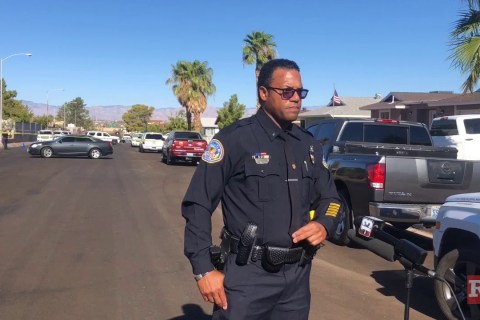 Saturday marked the fourth time Henderson officers have shot someone this year, according to records maintained by the Review-Journal.