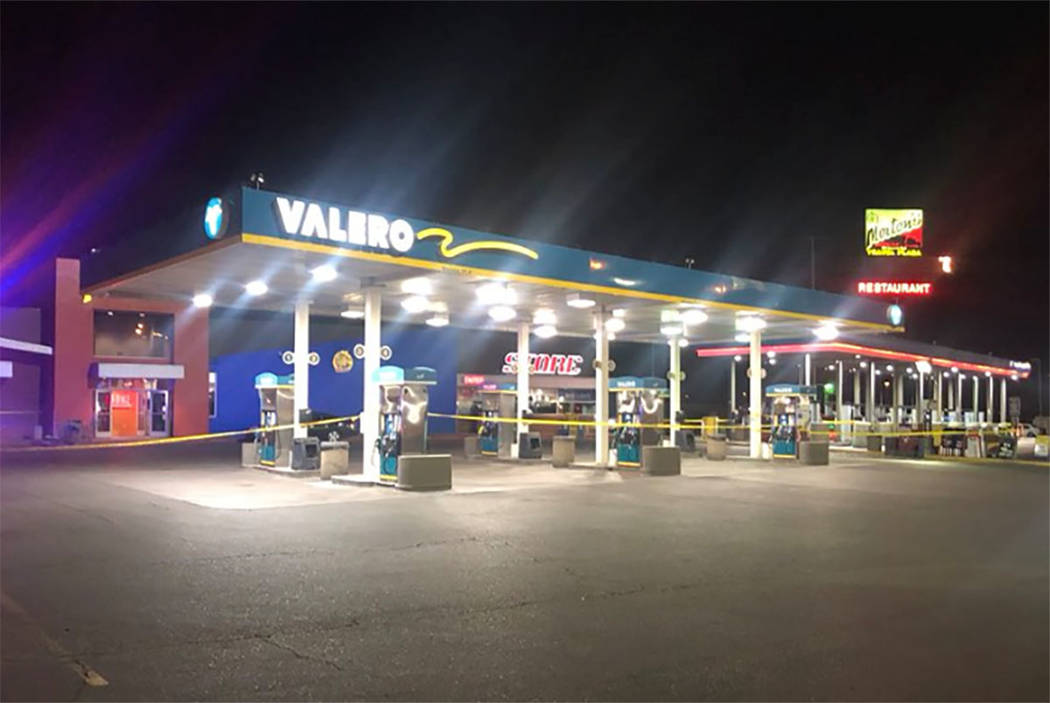 Police were called to the scene at about 6 p.m. after reports of gunshots near East Cheyenne Avenue and Losee Road, west of Interstate 15, North Las Vegas Police Department spokesman Eric Leavitt said. Two men in their mid-20s drove a black Chevrolet Impala to a gas station at the intersection after being shot nearby, he said.

Leavitt said police believe the shooting was the result of road rage. Police did not know the location of the shooting Friday evening.

“If it was an accident that was involved, it was probably very minor,” Leavitt said . “But were still trying to determine if an accident happened, or if it was just two people didn’t like each other.”

Police said Friday about 11 p.m. that 54-year-old Terence Fair was arrested in the shooting and was booked on two counts of attempted murder.

The two men each had at least one gunshot wound and were taken to a hospital in critical condition. They were in stable condition with nonlife-threatening injuries late Friday, Leavitt said.

Before they were hospitalized, the men were able to give police license plate numbers of a car involved in the shooting.

Officers tracked the license plate to a house near East Centennial Parkway and Bruce Street, west of Losee, Leavitt said. There, police detained Fair as a person of interest before he was later arrested.

“We arrived at that person’s home before he got there,” Leavitt said, adding the license plate numbers were a “huge help” in the investigation.