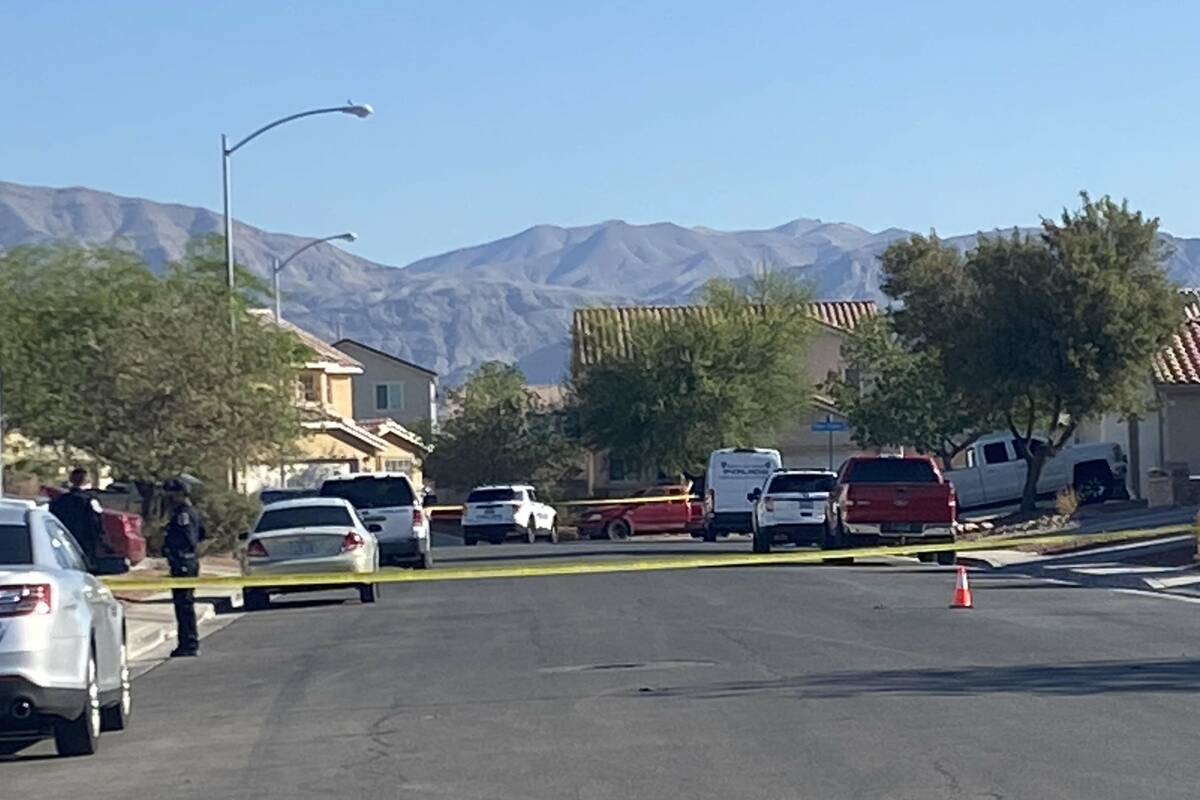 North Las Vegas police on Friday identified the man shot by an officer during a domestic dispute.

Armando Gutierrez-Salinas, 37, was shot once Wednesday by North Las Vegas police officer Jordan Beinke after running away from a fight on the 1800 block of Fawn Hedge Avenue, according to a statement Friday from police spokesman Alexander Cuevas.

Officers were initially called to the home around 1:20 a.m. after seven calls from neighbors about a violent altercation inside the home. Moments later, Cuevas said, a man called police to report that his son had fired three rounds into the air and held a gun to his head.

Police said Gutierrez-Salinas ran away through multiple backyards and when confronted, he refused to drop the gun. He was shot once and taken to University Medical Center, where police said he was in stable condition Friday.

No officers were injured, and Beinke was placed on routine administrative leave pending the outcome of an internal investigation, Cuevas said.

Beinke has been employed with the department since 2016, Cuevas said.