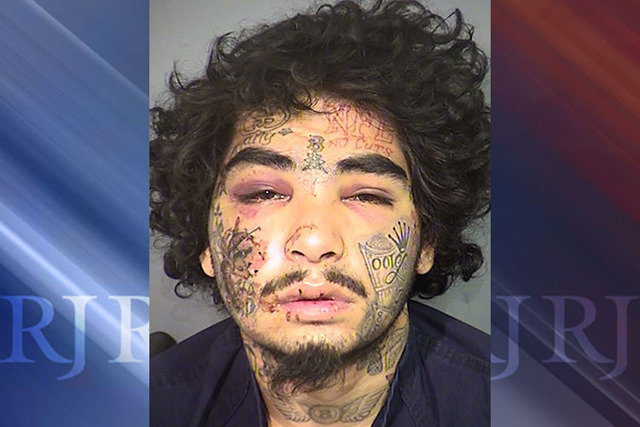 The Clark County coroner has identified the man who died after a fatal shooting Sunday afternoon in an east valley neighborhood.

Damion Dwain Thomas, 27, of Pasadena, California, was one of two men who were shot and taken to University Medical Center. Thomas was pronounced dead at the hospital, and the other man, whose name has not been released, was in critical condition and remains hospitalized.

At about 2 p.m. Sunday, police were dispatched to an apartment located in the 3500 block of Dromedary Way to investigate reports of a man shot. Two groups got into an argument at the Liberty Village Apartments near North Nellis Boulevard and East Cheyenne Avenue, Metro Lt. Jeff Goodwin said.

Officers were also dispatched to the 4700 block of Sphinx Way, in the same apartment complex, to investigate multiple reports of shots fired, police said.

The police investigation shows the shooting took place inside of the apartment located on Sphinx Way, but the investigation encompassed several locations within the complex.

Police later found another man in an apartment who suffered gunshot wounds to his leg. He also was taken to UMC.

The man wounded in his leg was identified as 21-year-old Tevin Alhashemi. Alhashemi was later arrested and taken to the Clark County Detention Center where he faces one count of own/possess a gun by a prohibited person.