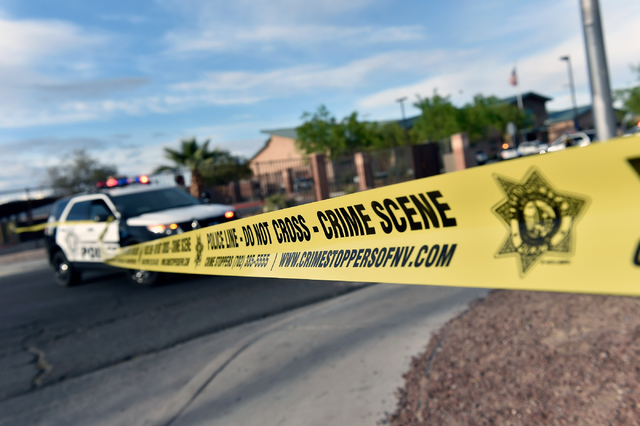 Las Vegas police are investigating two separate shootings that happened close to each other Sunday night.

Police responded to a shooting in the 3600 block of Sequoia Avenue around 9 p.m., Metropolitan Police Department Lt. Jeff Goodwin said.

Numerous rounds were fired, he said. Evidence at the scene showed someone was injured, but police had not found the victim as of about 10 p.m.

Paramedics were responding to a different incident in the same area just as the drive-by shooting occurred.