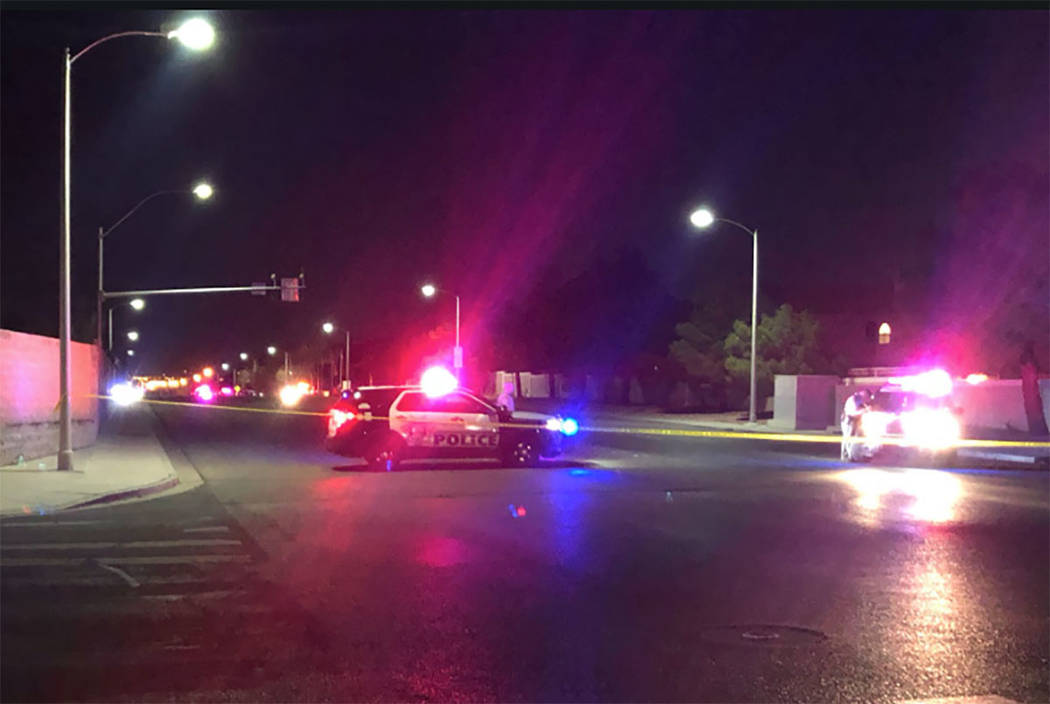 Las Vegas officers were involved in a police shooting in the 8000 block of South Eastern Avenue, near Windmill Lane, on Saturday, March 16, 2019. (Katelyn Newberg/Las Vegas Review-Journal)

The Metropolitan Police Department has identified an officer involved in a shooting Saturday night.

The suspect had taken a cash register from the store about 9:40 p.m., she said.

Officers found the man at about 10:20 p.m. near Robindale Road and Fountain Heights Lane, police said. When they attempted to take him into custody, the man reached for a gun, which was on a holster on his hip and Milanovic shot him in the leg.

The man was taken to Sunrise Hospital and Medical Center with nonlife-threatening injuries, police said.

No one else was injured during the robbery or shooting, police said.

Milanovic, who has been employed by Metro since July 2016, has been placed on routine paid administrative leave pending review of the incident.