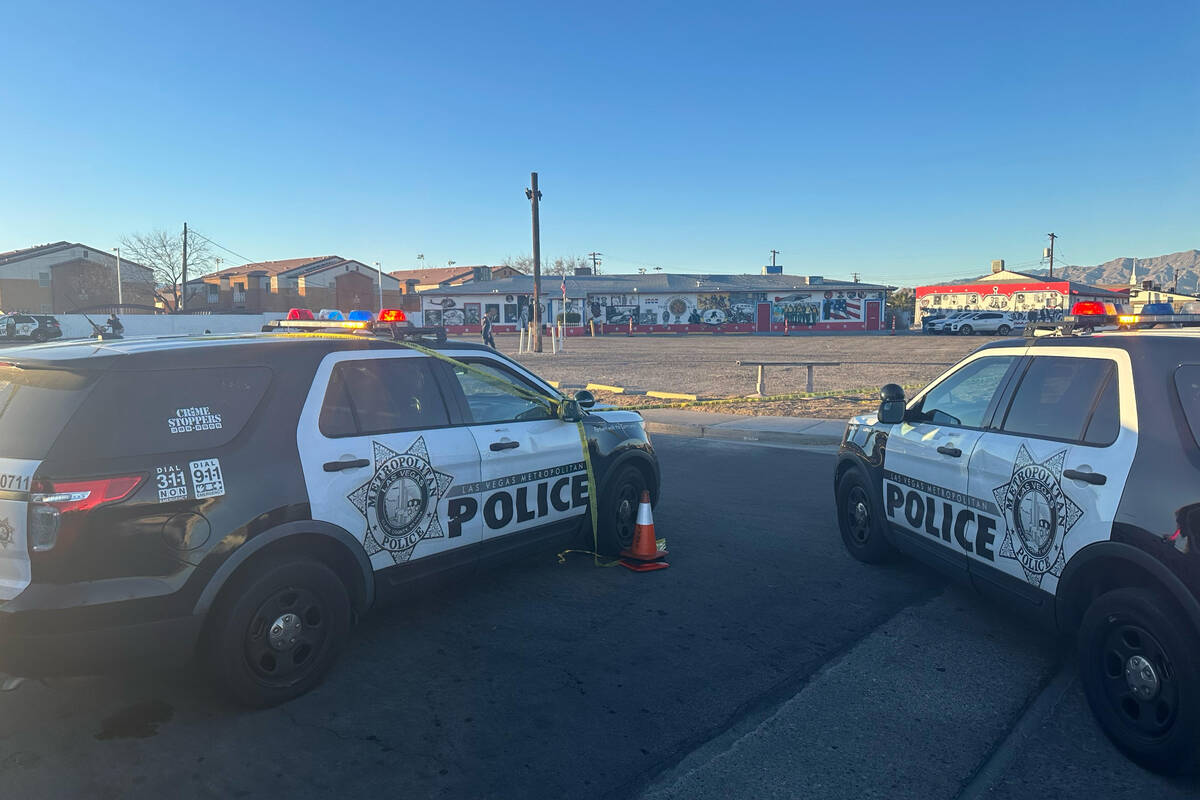 Three people were shot in what police described as a neighbor dispute in the 900 block of Doolittle Avenue, near West Lake Mead Boulevard and West Owens Avenue, in Las Vegas on Tuesday, Jan. 24, 2022. (Brett Clarkson/Las Vegas Review Journal)

Three people were shot in west Las Vegas on Tuesday afternoon in what police were calling a neighbor dispute.

At around 1:35 p.m., Las Vegas police responded to a shooting in the 900 block of Doolittle Avenue, near West Lake Mead Boulevard and West Owens Avenue.

“As our officers were arriving they heard multiple gunshots and through the investigation it was determined that the neighbor dispute had escalated to gunfire where three adults were struck by gunfire,” said Metropolitan Police Department Captain Raul Rodriguez in a briefing to reporters at the scene.

A neighboring school was put on lockdown.

“All of our children are safe and accounted for,” Rodriguez said. “At around 4 p.m., school police began a coordinated staggered release involving those children.”

There was no threat to the community and everybody involved in the shooting was detained and accounted for, Rodriguez said.

“At this time everybody that is involved is in custody,” Rodriguez said. “There is no outstanding threat.”