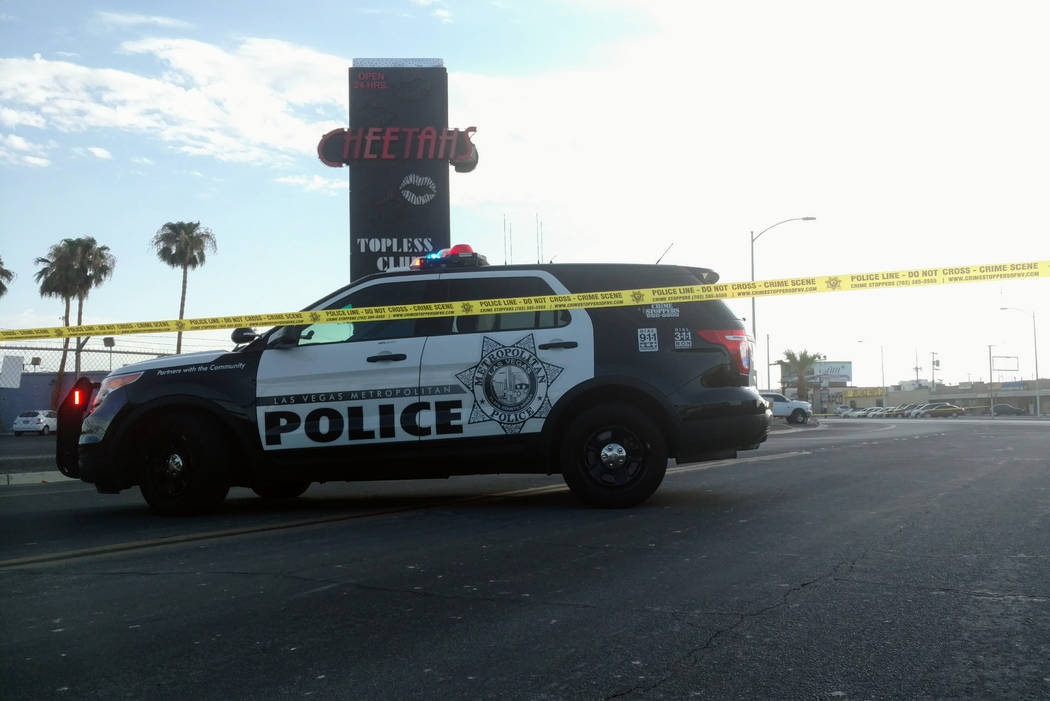 A Metropolitan Police Department patrol vehicle sits behind police tape Saturday morning, blocking off the 1800 block of Western Avenue where an officer fired a weapon but did not injure anyone. Max Michor Las Vegas Review-Journal 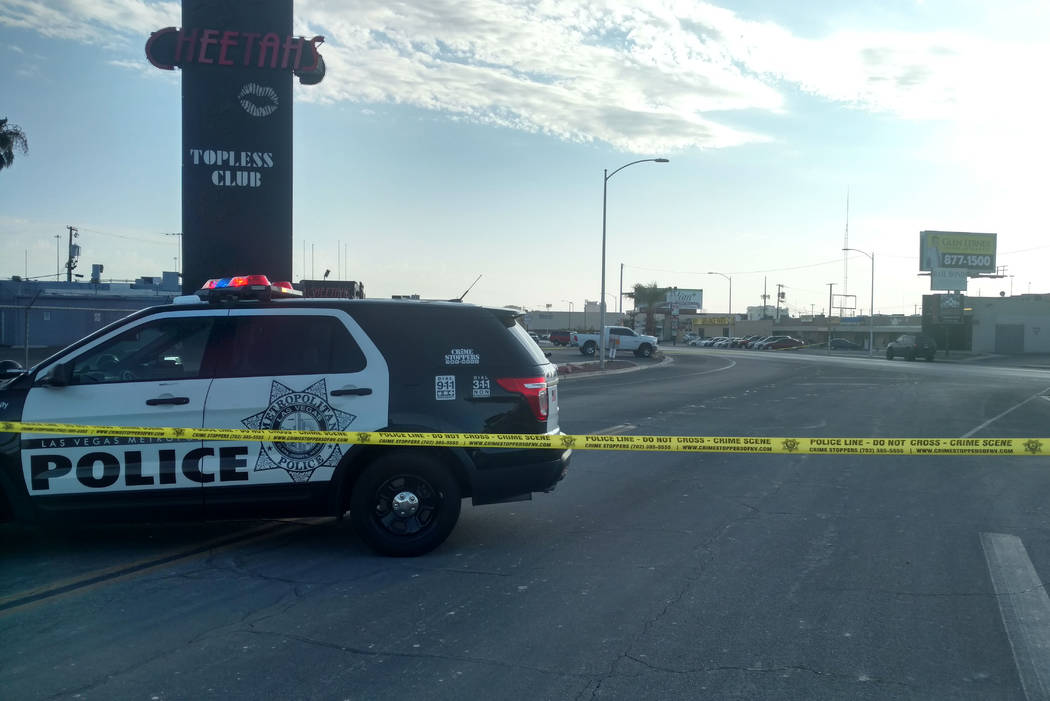 A Metropolitan Police Department patrol vehicle sits behind police tape Saturday morning, blocking off the 1800 block of Western Avenue where an officer fired a weapon but did not injure anyone. Max Michor Las Vegas Review-Journal

No one was injured when a Las Vegas police officer opened fire at a man during a Saturday morning robbery at a central valley marijuana dispensary.

A security company monitoring the business reported about 4 a.m. that surveillance video showed four men robbing the dispensary. One man was waiting inside a vehicle while three others, who had crowbars, entered and exited the business, McMahill said.

An officer at the scene fired one round from a shotgun at one of the crowbar-wielding man, but missed. Three robbers ran away, and the fourth drove away in the vehicle. McMahill said one man was arrested nearby and two others ran as far as Interstate 15 and West Sahara Avenue before they were caught.

She said the fourth man was arrested during a traffic stop in downtown Las Vegas, McMahill said, and officers recovered dispensary property inside the vehicle.

The intersection and several businesses nearby were shut down during the investigation, but the area reopened about 10 a.m.

This is Metro’s 14th police shooting so far this year.