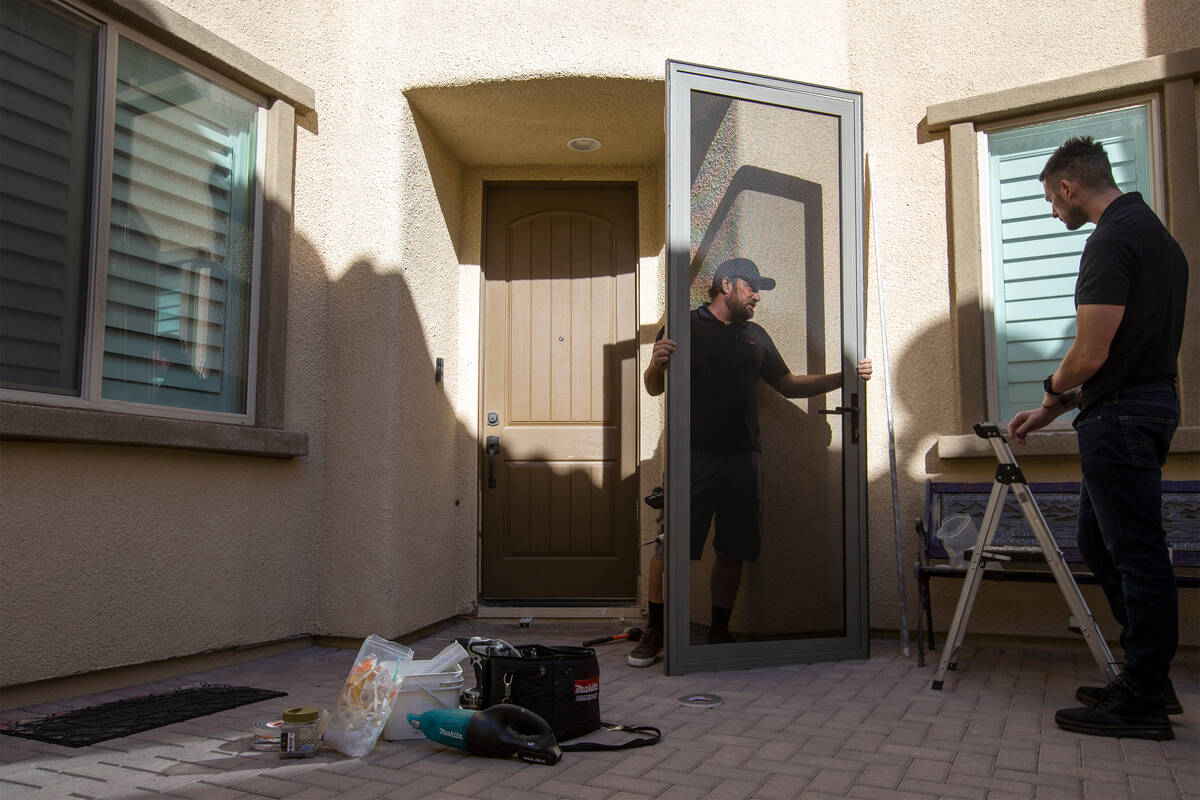 In this Oct. 23, 2021, file photo, technician Jed Roehm installs a MeshTec door at a client's home in Sun City Summerlin in Las Vegas. Security Plus, a local company that provides security door and window screens, said they have seen an uptick in burglaries particularly in wealthier areas like Sun City Summerlin. (Ellen Schmidt/Las Vegas Review-Journal) @ellenschmidttt 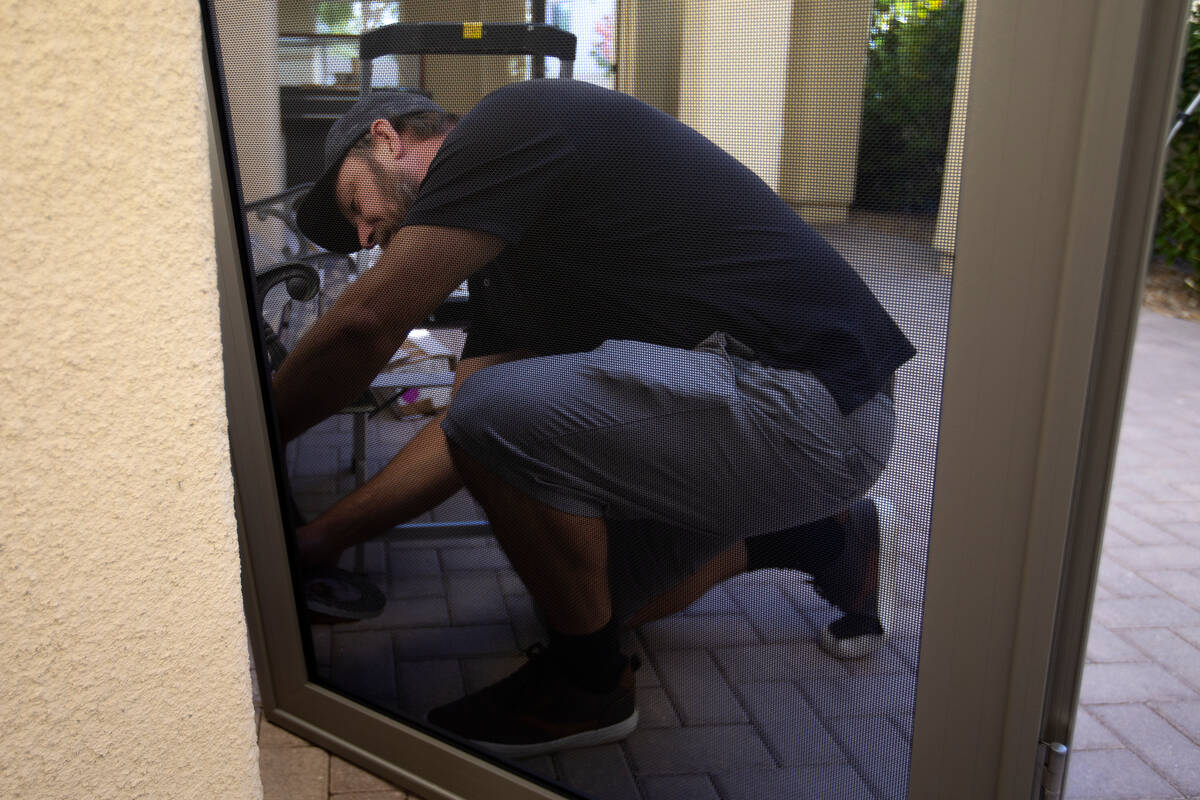 In this Oct. 23, 2021, file photo, technician Jed Roehm installs a MeshTec door at a client's home in Sun City Summerlin in Las Vegas. Security Plus, a local company that provides security door and window screens, said they have seen an uptick in burglaries particularly in wealthier areas like Sun City Summerlin. (Ellen Schmidt/Las Vegas Review-Journal) @ellenschmidttt

Suspects walking through golf courses or desert areas have broken into 11 homes since Oct. 22, according to a statement from the Metropolitan Police Department.

The homes are all near golf courses, though police did not say if any specific neighborhood was targeted more frequently.

“Detectives are currently canvasing the affected areas in order to locate any videos , photos, or information which can lead to the identification of the possible suspects,” Metro wrote in the statement.

Police have enacted major case protocol, and anyone with information may call Summerlin area command at 702-828-9455.

In October 2021, a year before these burglaries were reported, the same crime was up 34 percent in Summerlin.

At least 72 burglary reports were taken in Sun City Summerlin between April 1 and Oct. 1, 2021, according to online crime mapping. Police said 49 of those crimes were related and suspects were identified.

Elderly residents of the retirement community told the Review-Journal at the time they were adding security cameras, screens and alarm systems.

From Oct. 22 to Monday, Metro received 117 reports of burglaries in Summerlin area command, according to the department’s online data. At least 32 of those were in the defined Summerlin neighborhood.