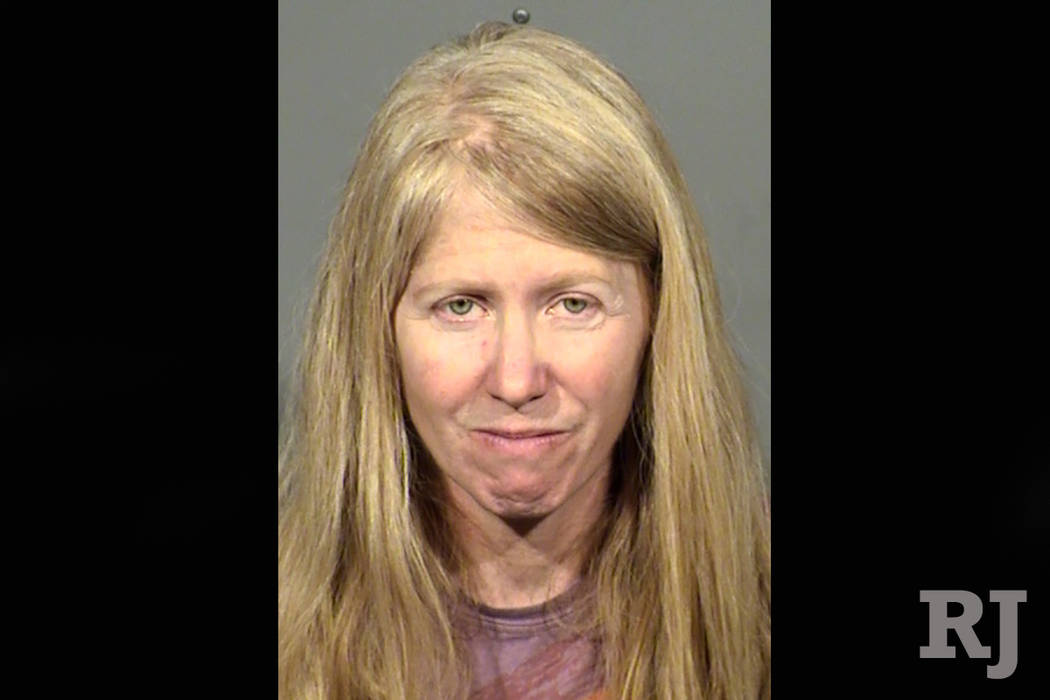 A Bonanza High School teacher who was arrested this month on a terrorism charge had made threats to “poke a lot of holes in a lot of people” during a concert in downtown Las Vegas, a police document shows.

Leslie McGourty was arrested on school grounds May 16 after her friend reported to Las Vegas police that she had threatened to kill herself and others during an ongoing conversation via text messages. The 48-year-old woman, who, according to public employment records, appears to have been a physics teacher, faces a felony charge of making a threat to commit an act of terrorism.

The text message exchange that landed her in police custody started early May 15 and extended late into the night, documents show.

In the series of text messages detailed in her arrest report, McGourty had repeatedly romanticized “being remembered” and said she hoped to start another #MeToo movement, “but this time in which women feel empowered enough to become serial killers.”

According to the report, McGourty’s threats were aimed at a May 19 concert.

“A perfect plan with my favorite song surrounded by a bunch of f****** up misfits like I am,” she wrote in a text message. “Imagine knowing exactly the moment that you’re going to die. I know exactly that your favorite song will be playing. By your favorite band. It’s just too perfect.”

Metropolitan Police Department officers attempted to take McGourty into custody May 16 at her home, but she was already at work.

“It was at that point we made the request for (Clark County School District police) to immediately take Leslie into custody and to be removed from the classroom,” investigators detailed in the report.

Police also noted in the report that detectives “did not get much of a reaction from her” when they read excerpts from the text messages to her.

McGourty admitted to police that she had planned to attend a downtown concert, but that she “often has those types of conversations” with her friend, the report said.

At the time of her arrest, school district officials said that the teacher would be “assigned to home” upon her release. Court records show that McGourty is out on bail and is scheduled to appear in court June 19.

Phone calls to McGourty on Sunday were not immediately returned.