RJ App
Vegas News, Alerts, ePaper
OPEN
LVMPD released bodycam footage Thursday of a California man being arrested for an animal abuse charge after he was suspected of taping a puppy's mouth shut and leaving it for nearly two hours in a locked car on the top floor of a Strip casino parking garage last week. (LVMPD) 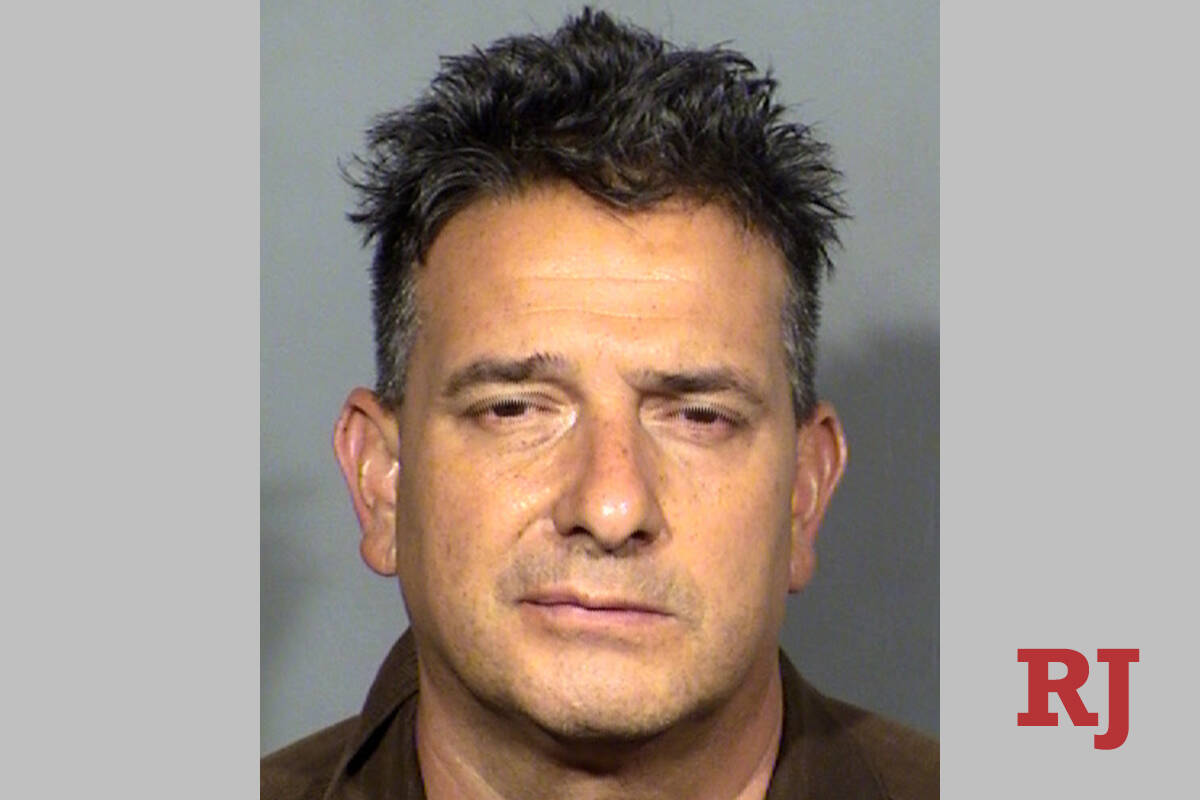 A California man arrested on a felony animal abuse charge says almost nothing to officers in a just-released police video showing his arrest last week at the Bellagio.

Raul Carbajal of Corona Del Mar, California, faces a willful or malicious treatment of an animal charge. He was arrested about 3:20 p.m. July 20 on the top floor of a parking garage at the Bellagio.

“You are going to jail on a felony, willful endangerment of an animal,” an unidentified Metropolitan Police Department officer tells Carbajal after taking him into custody, placing him in handcuffs and buckling him into the back seat of a Metro SUV. “Do you realize how hot it is outside?”

Carbajal cannot be heard making a response to the officer.

The first part of the video shows the husky in the back seat of an unidentified animal control officer’s vehicle as she describes how she found the dog foaming at the mouth.

A police report says Carbajal was suspected of taping the puppy’s mouth shut and leaving it for nearly two hours in a locked car on the top floor of the Bellagio.

The 3-month-old husky, its mouth secured shut with electrical tape, was rescued from an all-black 2001 Mercedes-Benz by casino security personnel through an open sunroof. According to an arrest report, the doors were locked, the windows were rolled up and the car was parked in direct sunlight.

The report says video showed Carbajal parking the vehicle shortly before 1:15 p.m. and going inside the casino.

Bellagio’s video system showed that Carbajal played a gaming machine for about an hour before leaving the casino shortly after 3 p.m. when he was questioned by officers who had responded to a call about the dog being in a car.

An animal control officer also responded with a thermometer showing the car had a temperature of nearly 108 degrees. The puppy survived.

Carbajal had an MGM Resorts gaming card and a gaming voucher for 75 cents when he was arrested before being transported to the Clark County Detention Center, the report stated.

On July 26, Carbajal was appointed a public defender and a preliminary hearing in Las Vegas Justice Court was set for Oct. 25.