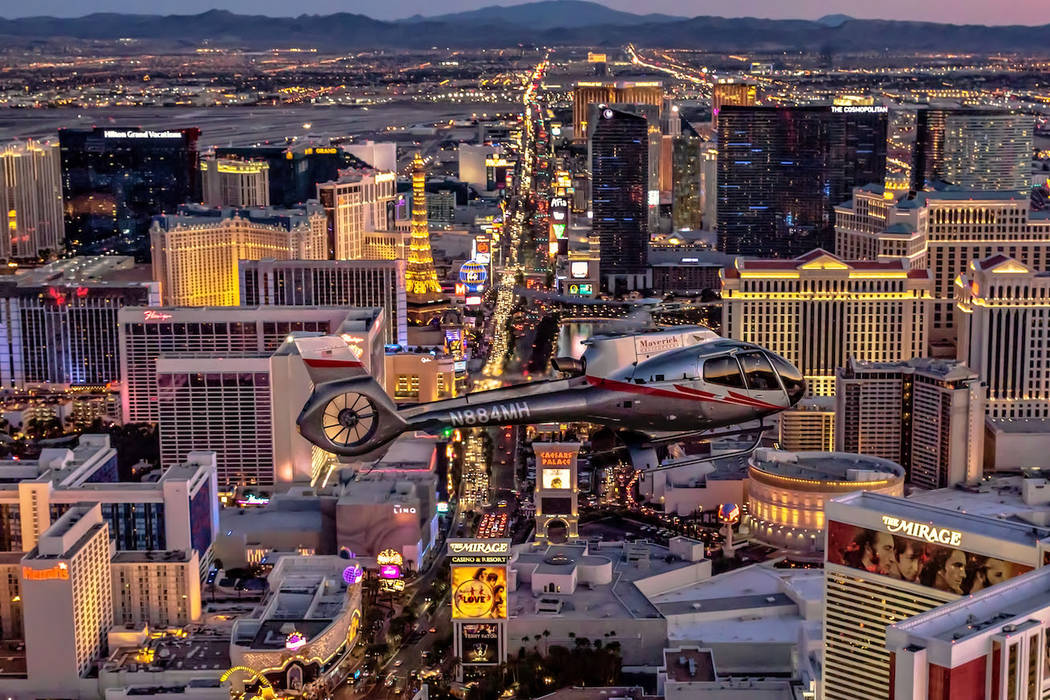 Lip-Smacking Foodie Tours has a package that includes a visit to three of the best steakhouses in town and a helicopter flyover of the Las Vegas Strip. 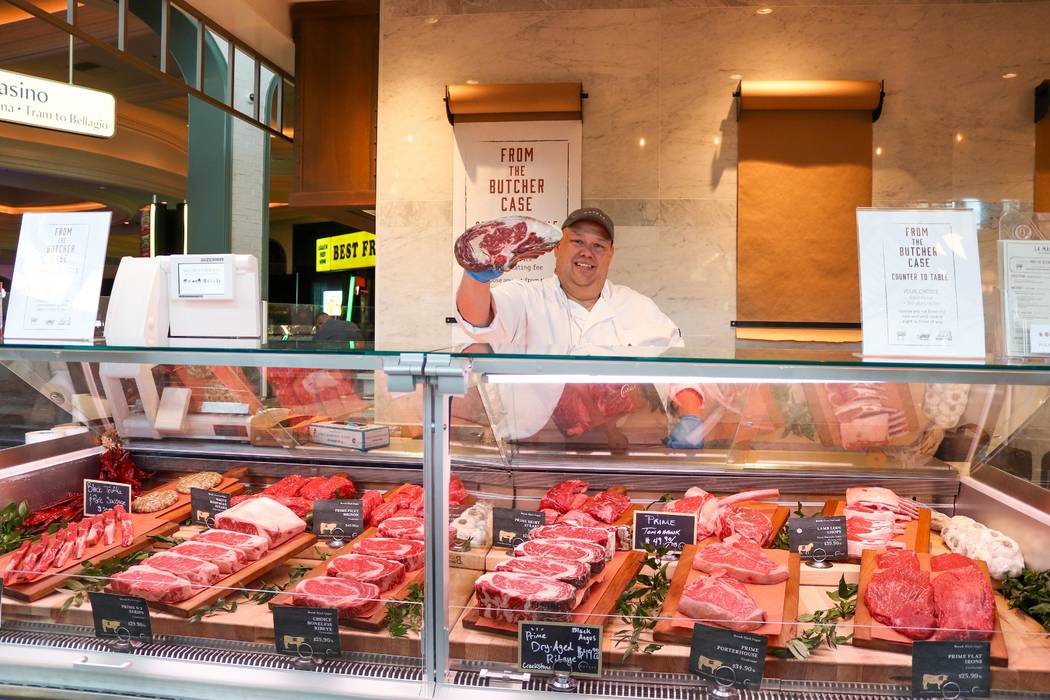 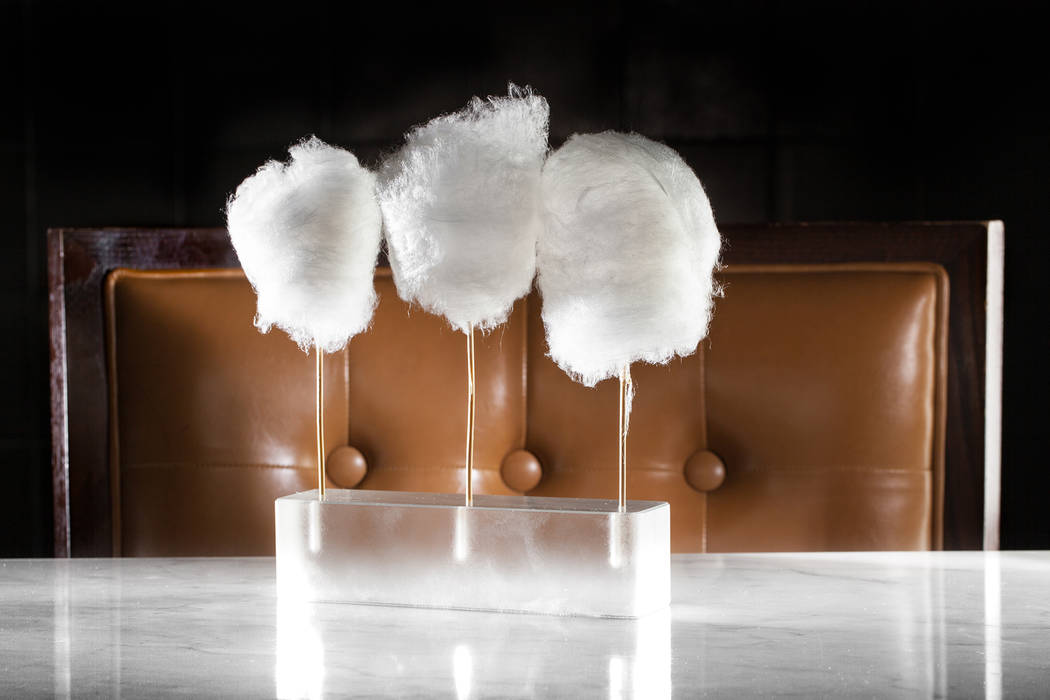 Still need a gift for the foodie father in your life? A visit to a steakhouse or a nice bottle of his favorite beverage are all well and good — Las Vegas has plenty of both. Or you can expand on the traditional themes with one of these options.

Shave and a stiff drink

What’s more relaxing than a quality straight-razor shave? How about a shave and a glass of whiskey? Or tequila? Book Dad a shave, cleanup, haircut or any other service at the Barbershop in the Cosmopolitan, and he’ll enjoy it with a complimentary glass of Jack Daniels, Johnny Walker Black, Jameson or Casamigos — neat, or on the rocks.

If you want to make a night of it, hang out until 5 p.m., when you can slip through the janitor’s door in the back and head into the attached speakeasy lounge. (Shaves $35-$50, haircuts $70)

The Barbershop, The Cosmopolitan of Las Vegas, 702-632-4700, thebarbershoplv.com

Steakhouse tour — and a flight

Plenty of people will be taking their dads out to a steakhouse for the holiday. How about booking him a visit to three of the best in town, any night he wants? And while you’re at it, wrap things up in style with a helicopter flyover of the Strip.

Lip-Smacking Foodie Tours will pick you both up in a luxury ride and transport you to Bazaar Meat by Jose Andres for foie gras lollipops, Jamon Iberico and Japanese Kobe beef. Then it’s on to Jean-Georges Steakhouse for osetra caviar and wagyu brisket, and finally to Scotch 80 Prime for a seafood tower, tomahawk rib-eye and dessert. Fine wine pairings and after-dinner whiskeys are included. And once you’re stuffed to the gills, your driver will shuttle you to Maverick helicopter tours for a night flight over the Strip. ($1,250 per person, two-person minimum)

If your dad is the type who prefers to grill his own steak, Eataly is offering a special just in time for a Father’s Day meal at home. On Friday, Eataly Las Vegas at Park MGM will offer 50 percent off dry-aged steaks from Creekstone Farms. That brings the price of dry-aged boneless rib-eyes down from $37.90 per pound to $18.95. A pound of porterhouse will be $17.45 instead of $34.90. And bone-in New York strips, originally priced at $33.90 a pound, will be $16.95. If Dad prefers to hang out at Eataly, he can select one of those amazing cuts for half the regular price, prepared to his liking with a complimentary contorno (side) of choice.

If dad’s not the type for fancy-pants bottles of booze, but you still want to raise a Happy Father’s Day toast to him, pick up a little home-grown hooch in the basement of The Mob Museum. The Underground, which is part exhibit/part speakeasy, distills several varieties of its own ’shine in-house. You and dad can drop by anytime for a tour and a tasting of three varieties: regular corn whiskey, Cinn-City (cinnamon) and Ginger Jake. Or pick up a bottle of the plain version or Cinn-City (or both) to wrap for the holiday. You can enter through the speakeasy door located down the stairs on the east side of the building if you know the password, which changes weekly and is available on Instagram @mobmuseum_underground. ($7 and up)

Sometimes a cigar is just a cigar. It’s much better, however, if it’s a cigar paired with a good cognac, or whiskey, or tequila. If that’s the way your father sees it, you may want to take him to Montecristo Cigar Bar for a smoke. The Caesars Palace lounge has plenty of fine spirits and tobacco options for the discerning dad, including four dedicated cocktail and cigar pairings: Louis XIII by Remy Martin with Oliva Serie V Melanio Figurado ($135), Caesars Palace Jack Daniels Single Barrel Select with Ashton Symmetry Prism ($65), Avion 44 Tequila with Padron 1964 Torpedo Maduro ($60) and Caesars Palace Old Forrest Single Barrel Select with Henry Clay Brevas ($35).

If you can’t buy dad a Harley this year, you can at least take his picture with one after a brunch and a brew. Father’s Day brunch will be served at the Four Seasons’ Veranda from 9 a.m. to 3 p.m. on the holiday ($85 for adults, $38 for children ages 6 to 12, and $18 for children ages 3 to 5.) Among the offerings at the meal are an exclusive Four Seasons blend from local brewer Able Baker, 4 Press IPA, ($12 a glass). And before or after, Dad can pose for a family photo in the lobby in front of a Harley-Davidson motorcycle.