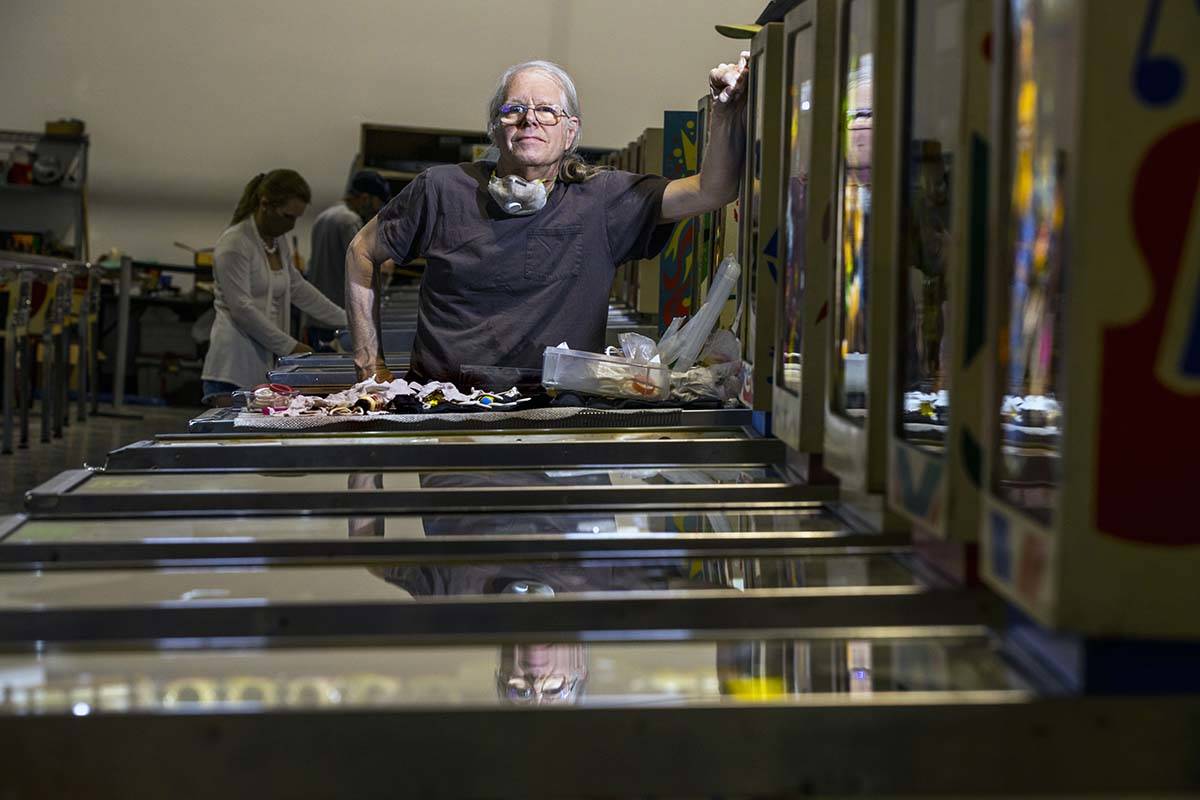 He called it “Fun Night.”

A few years after relocating to Las Vegas, Tim Arnold and his wife began hosting pinball parties, which eventually drew hundreds to biannual gatherings at the Shed, the 10,000-square foot warehouse Arnold built on his property to house his games.

The idea was to raise money for local charities, namely the Salvation Army, through raffles and the sale of “Bags of Junk” full of used pinball parts.

“It was very exciting,” recalls Jim Schelberg, publisher and editor of “PinGame Journal” magazine and longtime friend of Arnold’s who used to fly in from Michigan for the “Fun Night” festivities. “Just to see the amazing amount of people who would line up to come in, and almost every one of them would donate something. It was really cool to see that many games in one place. It was like a carnival.”

Around the same time, Arnold would founded the Las Vegas Pinball Collectors Club, which would establish a building fund for the Pinball Hall of Fame.

“The original intent was to be like a Kiwanis Club or a Lions Club, where after work, guys get together and drink and do stupid (expletive), put hats on and raise money for local social service charities,” Arnold explains. “You remember the Shriners with the little cars? Yeah, that’s us. That’s why we’re all such goofballs. We have a club handshake and all that.”

Arnold would contribute to the fund by refurbishing old machines and selling them, operating games around town and traveling to pinball conventions to sell raffle tickets and pinball-related items.

It worked: In 2006, Arnold opened the first Pinball Hall of Fame.

It did well enough to finance a bigger location three years later, which then begat its much larger, current facility a little over a decade after that,

The secret to Arnold’s success?

“Here’s the magic thing: I sell $1,000 worth of a pinball in a day,” he begins. “I shut the doors, I come back the next day, the same amount of machines is here.

“Now, if Wal-Mart sells $1,000 worth of oats in a day, they have to buy more oats,” he elaborates. “The magic of this place is that we’re selling air. We’re selling nothing. We have perpetual rights to use these machines for free once we’ve bought them. This is one of the few economic models in the world where you keep most of what you take.”