A look at the new John Wayne: Spirit of the West exhibit at South Point
By John Przybys / Las Vegas Review-Journal
December 4, 2019 - 11:32 pm 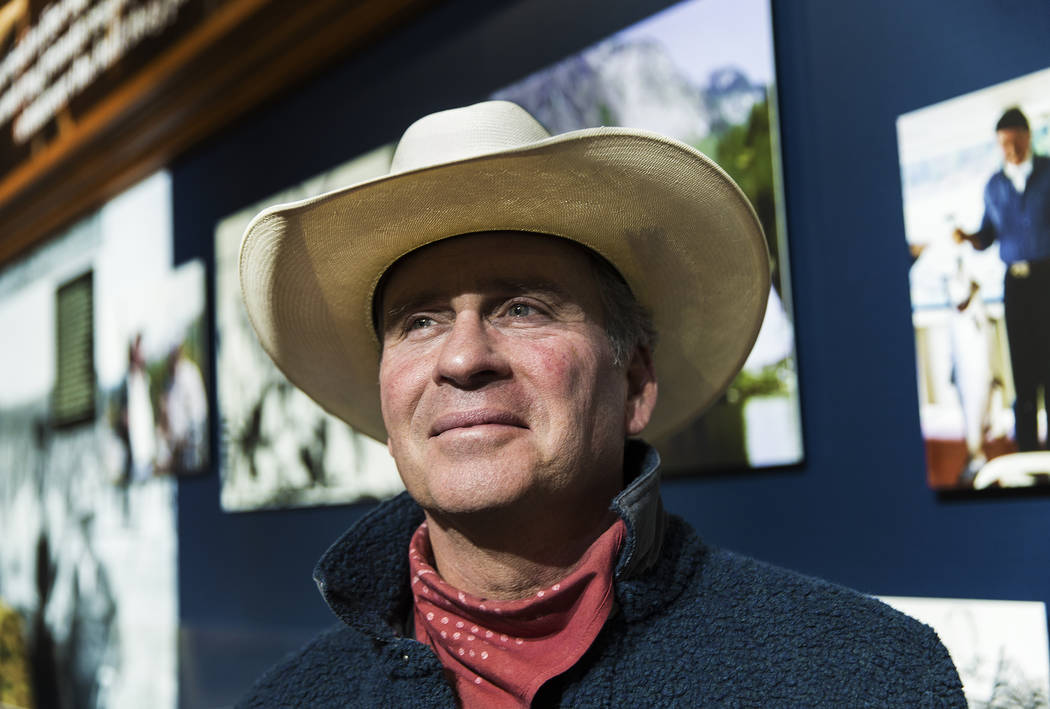 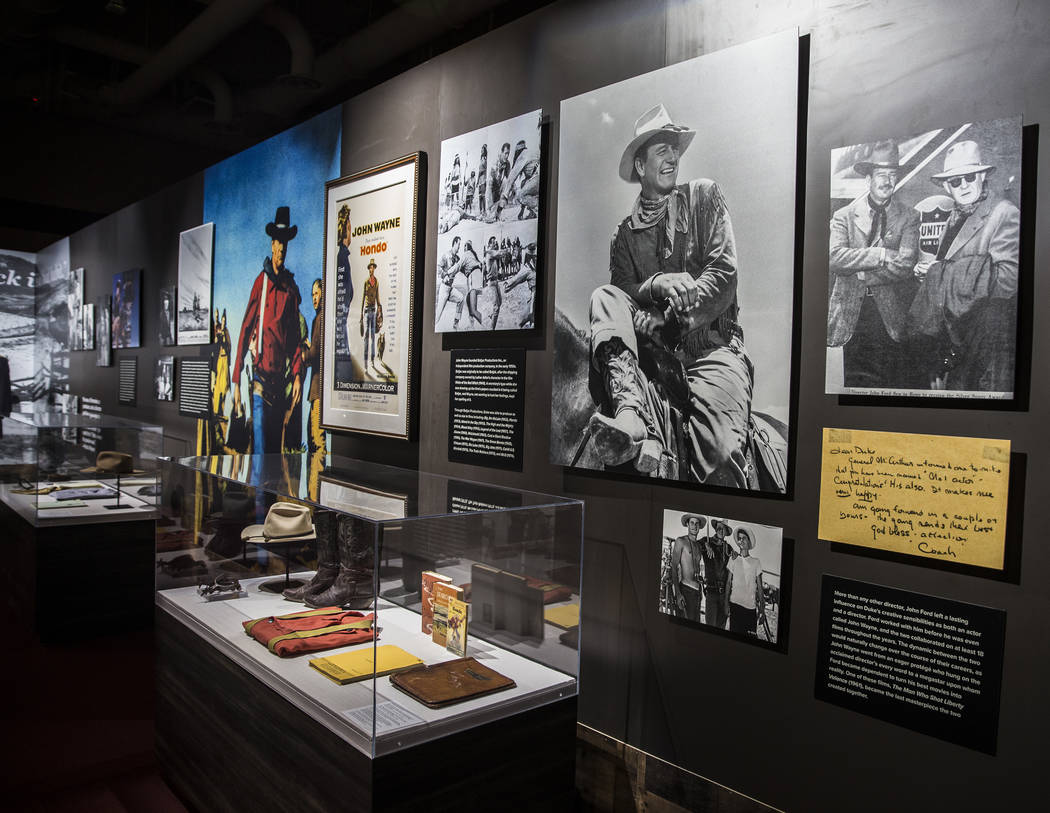 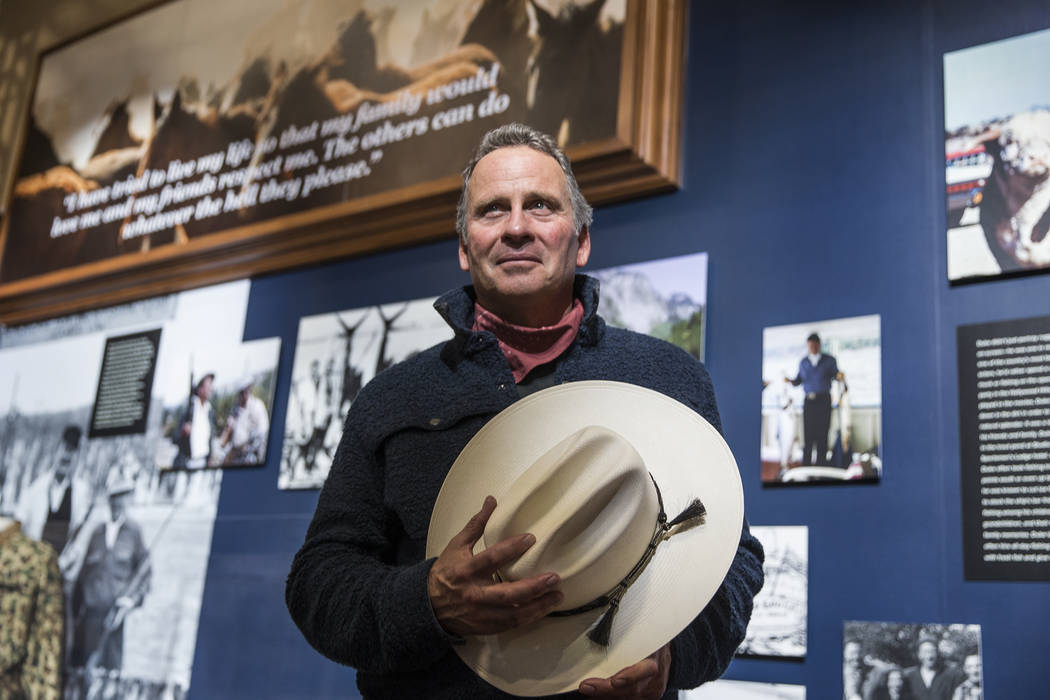 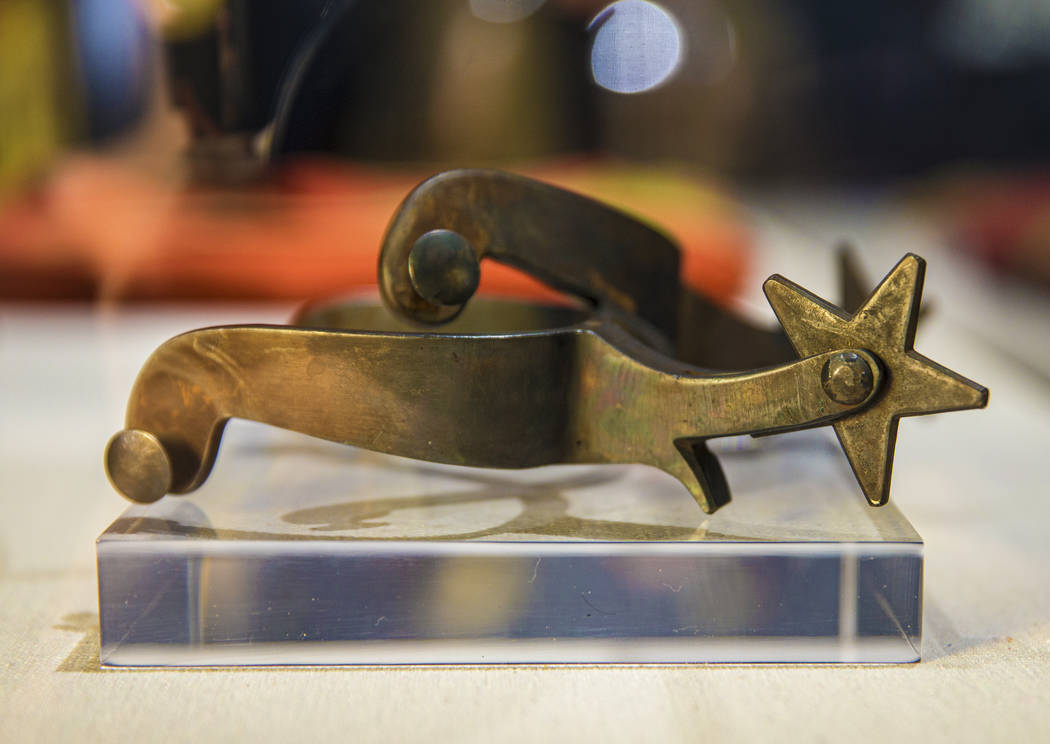 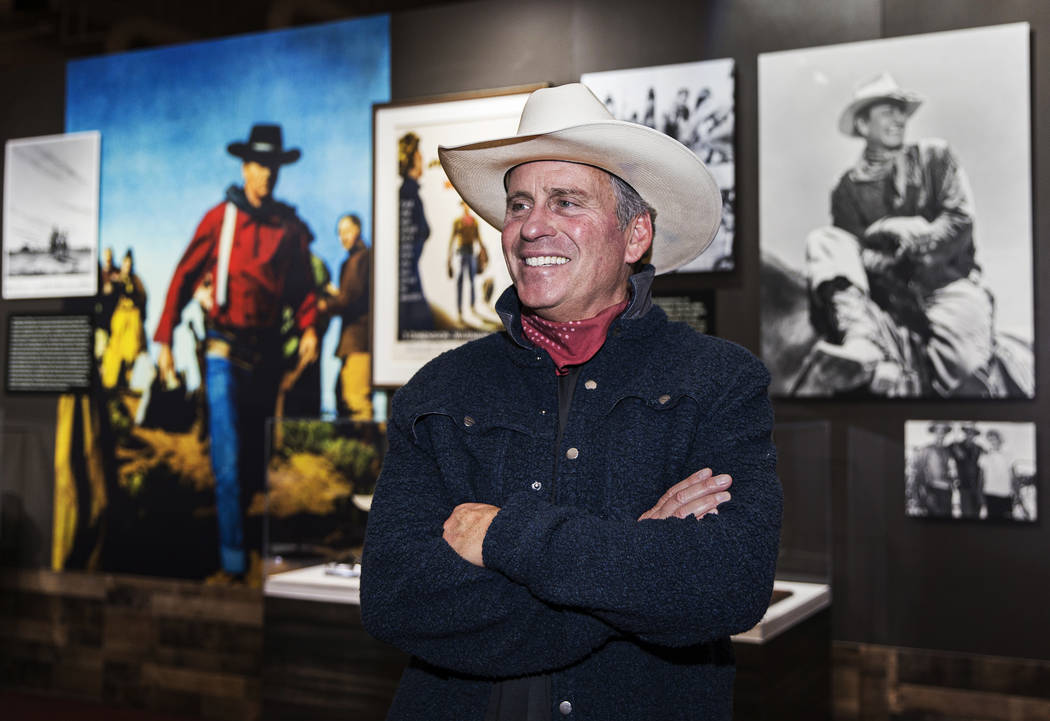 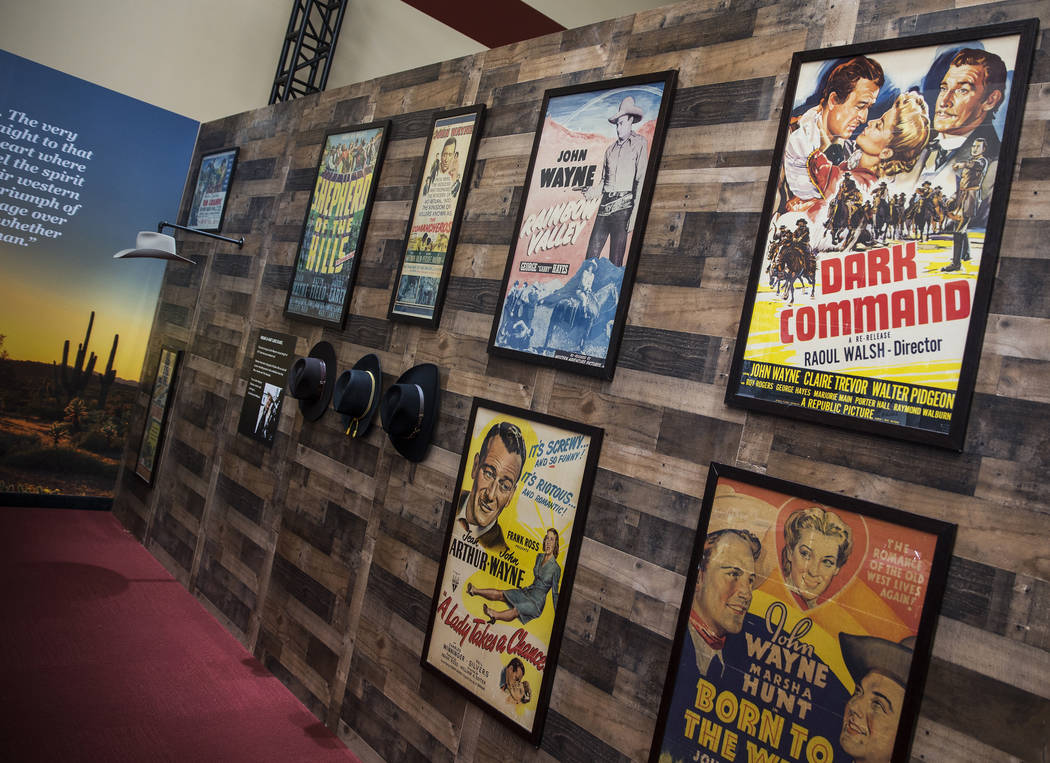 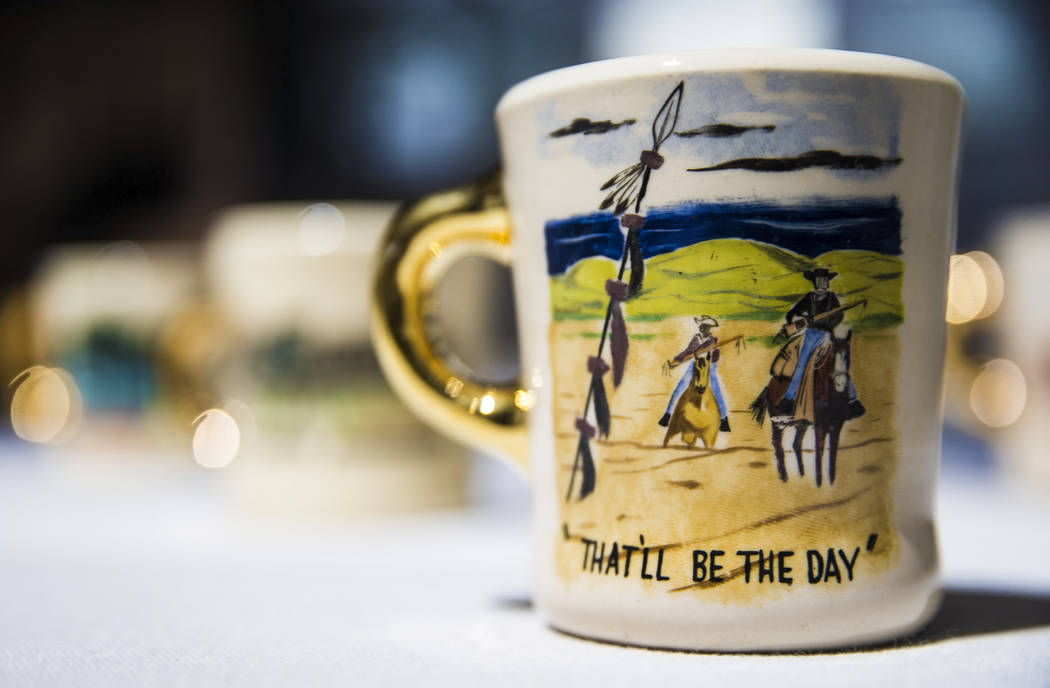 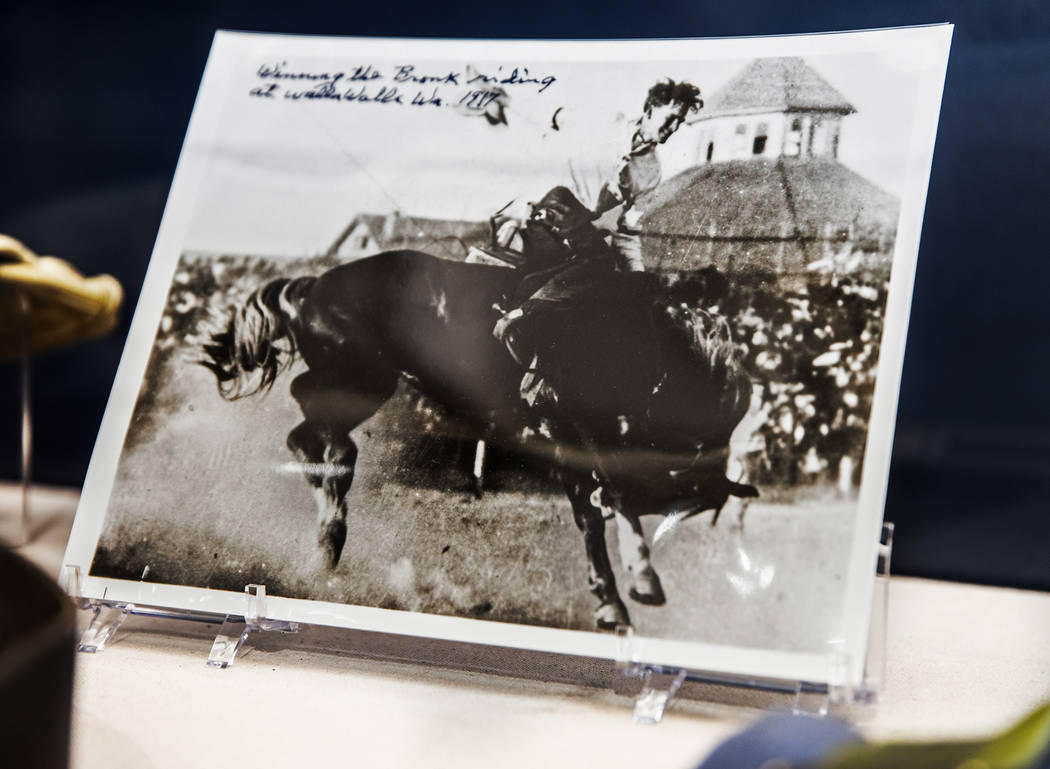 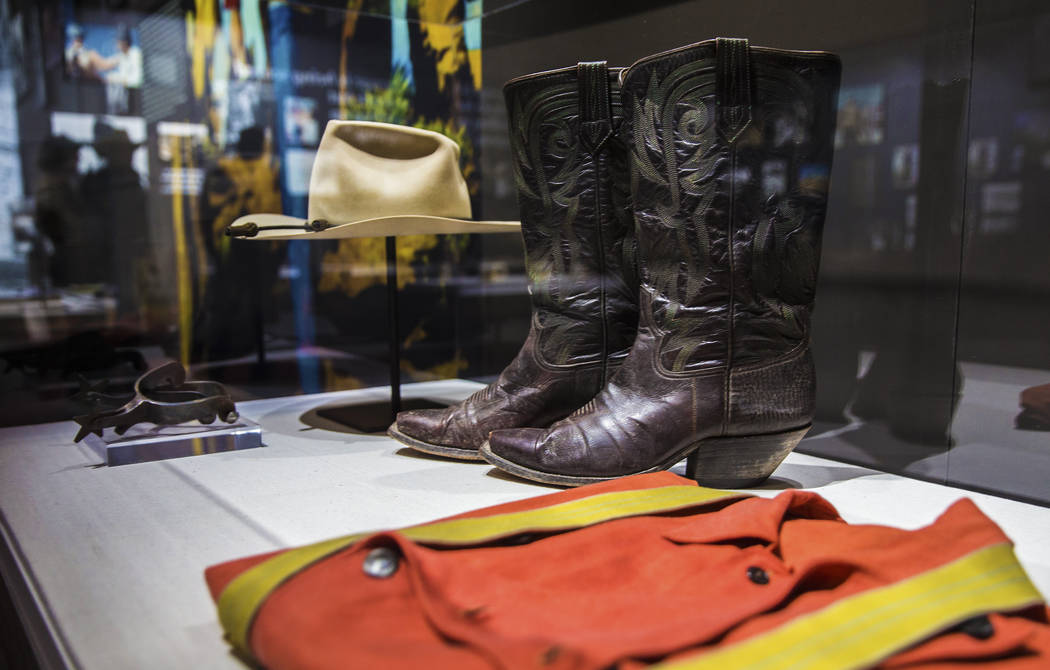 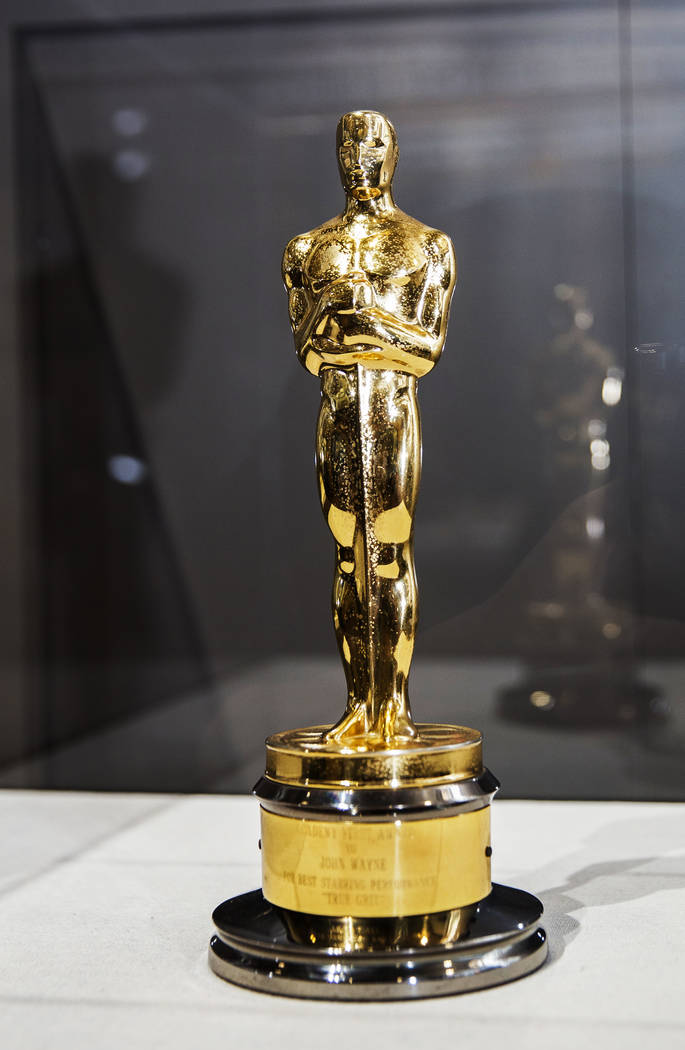 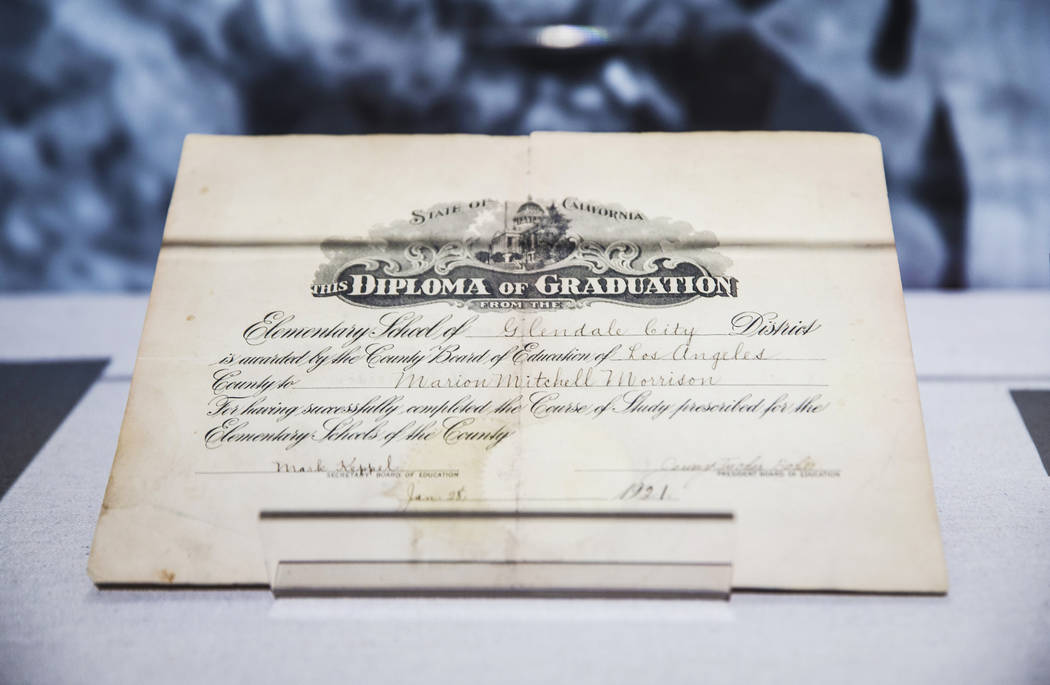 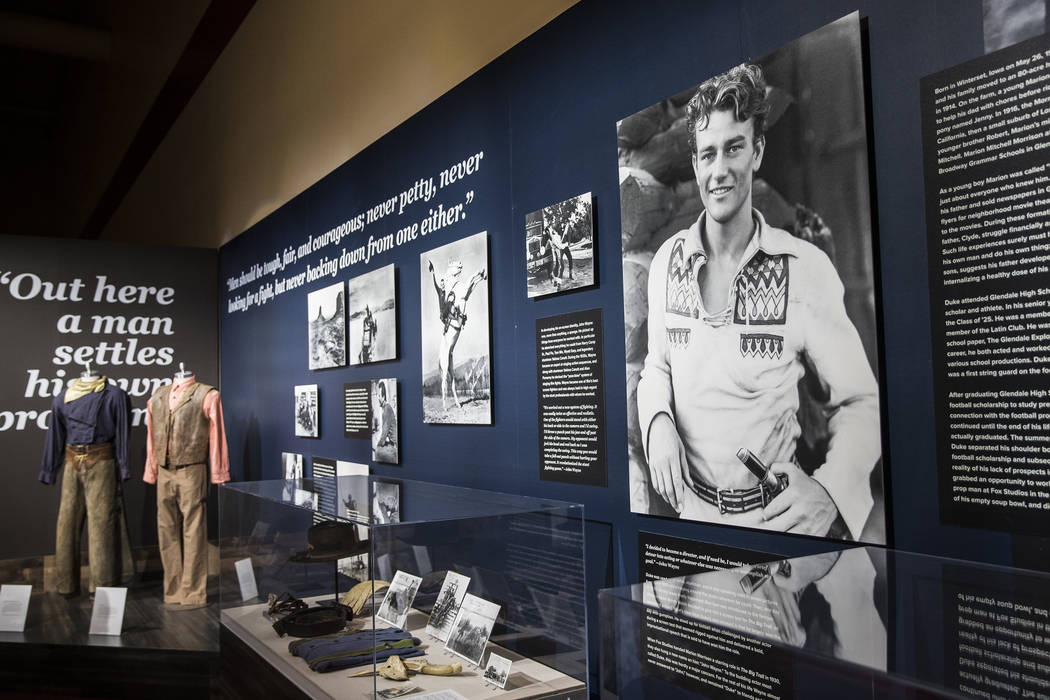 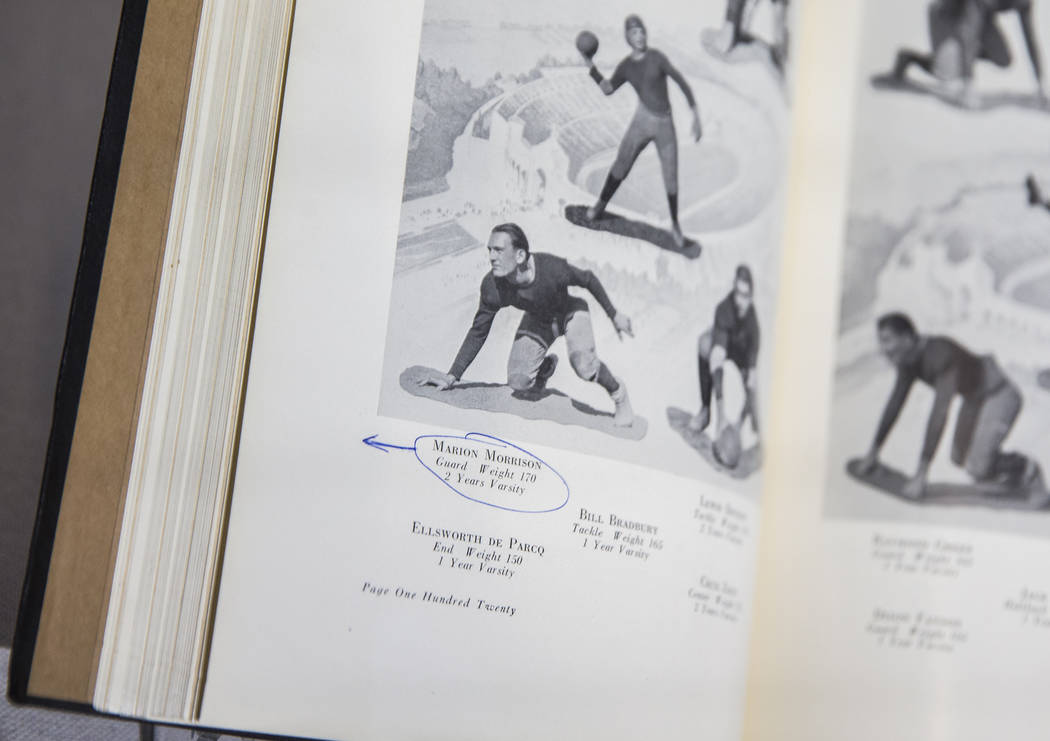 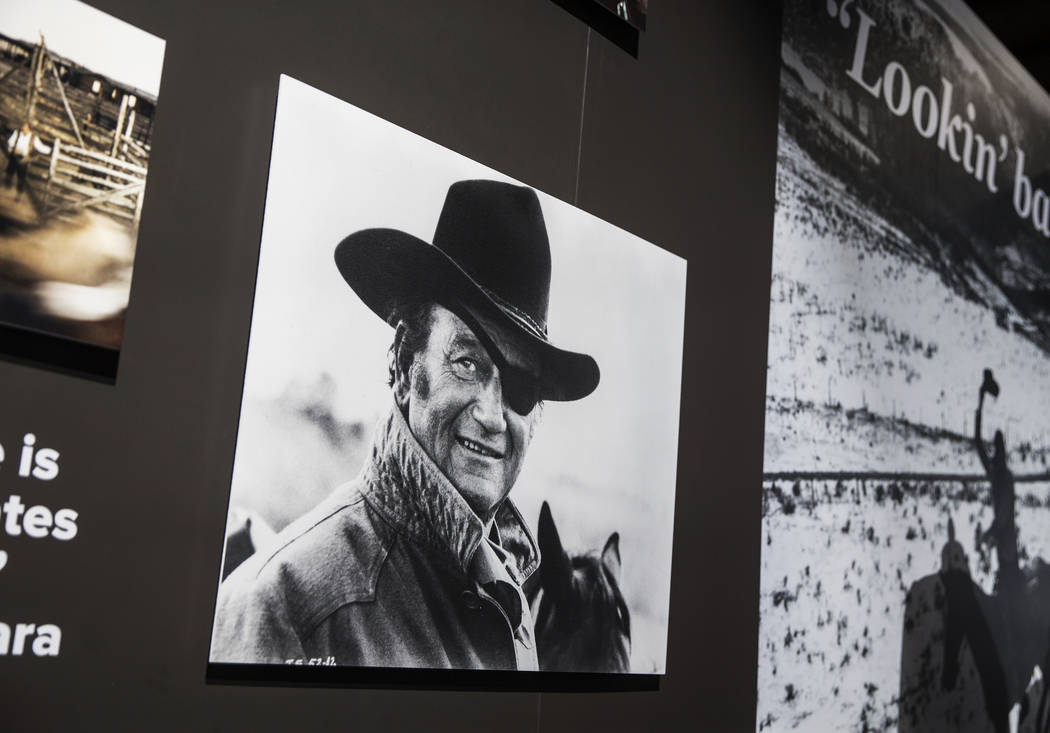 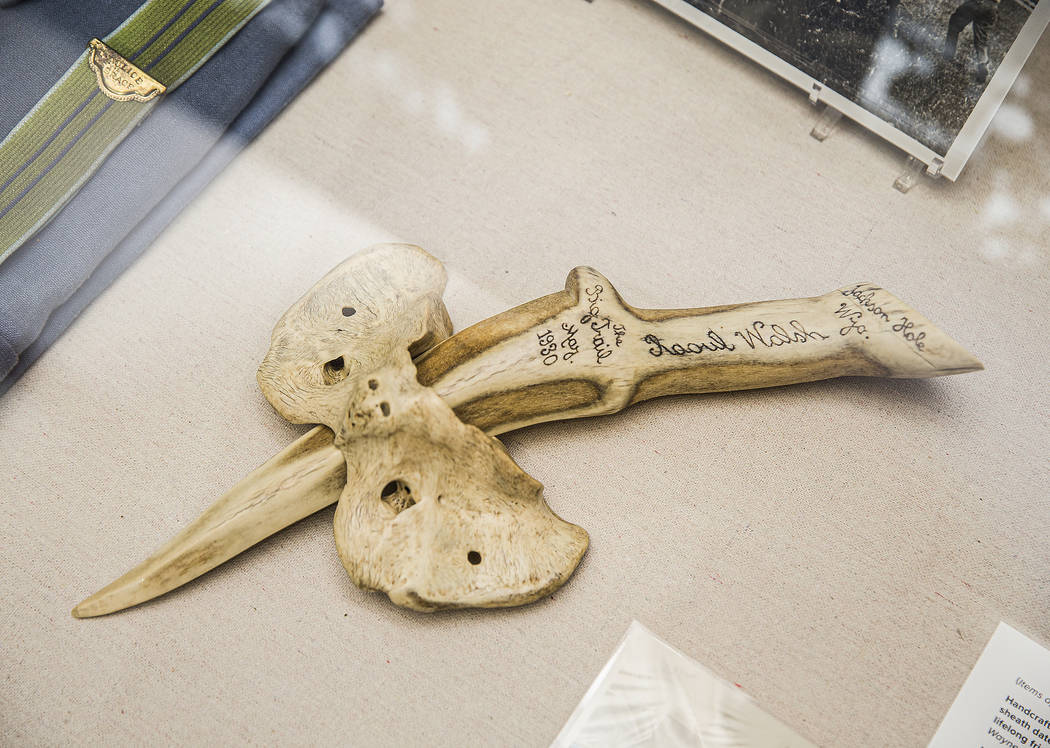 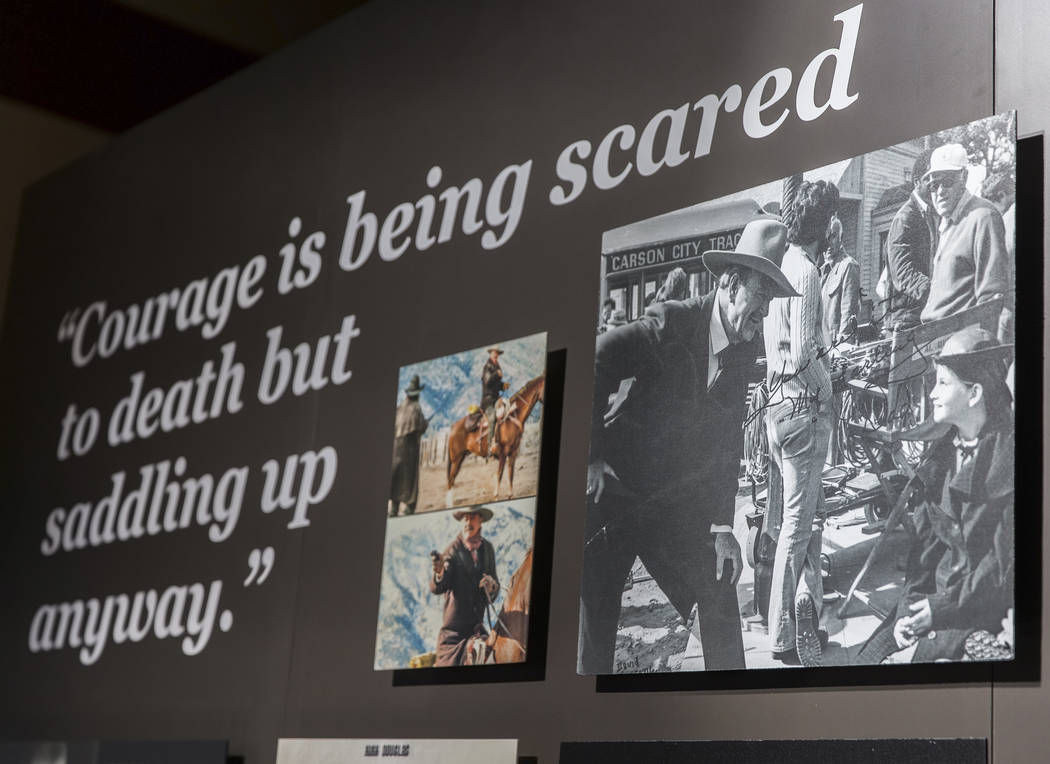 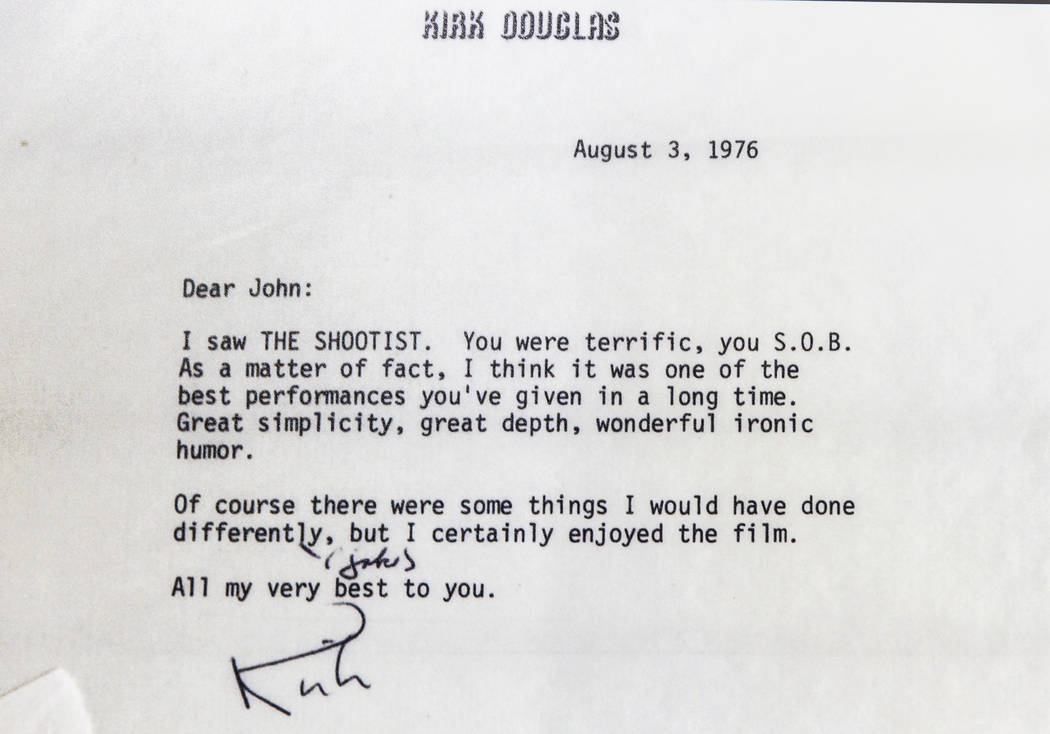 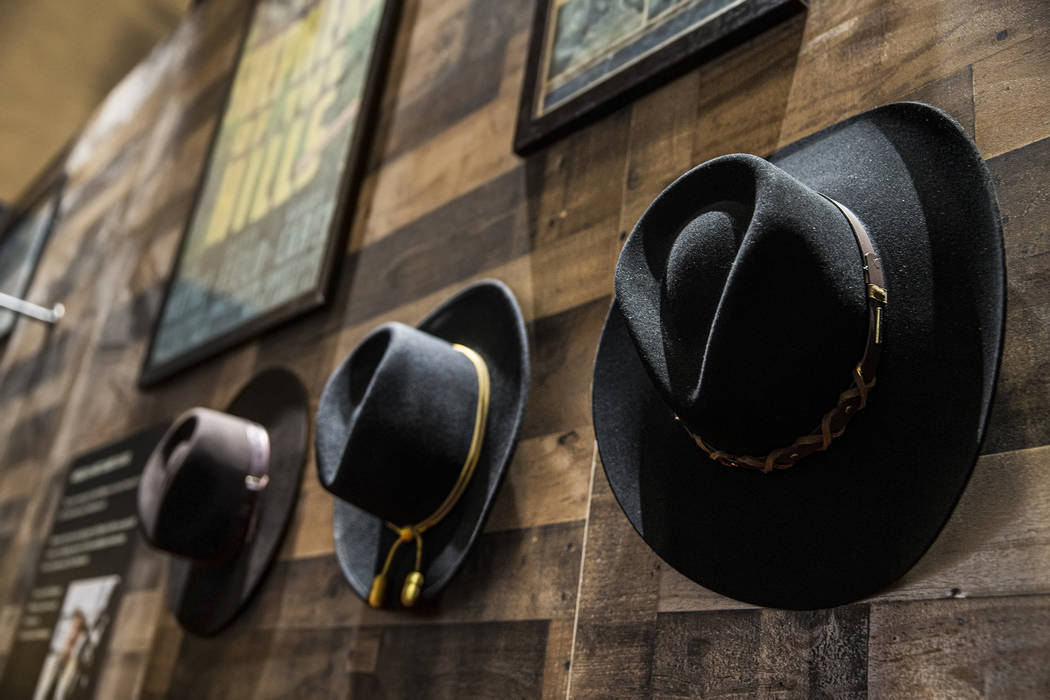 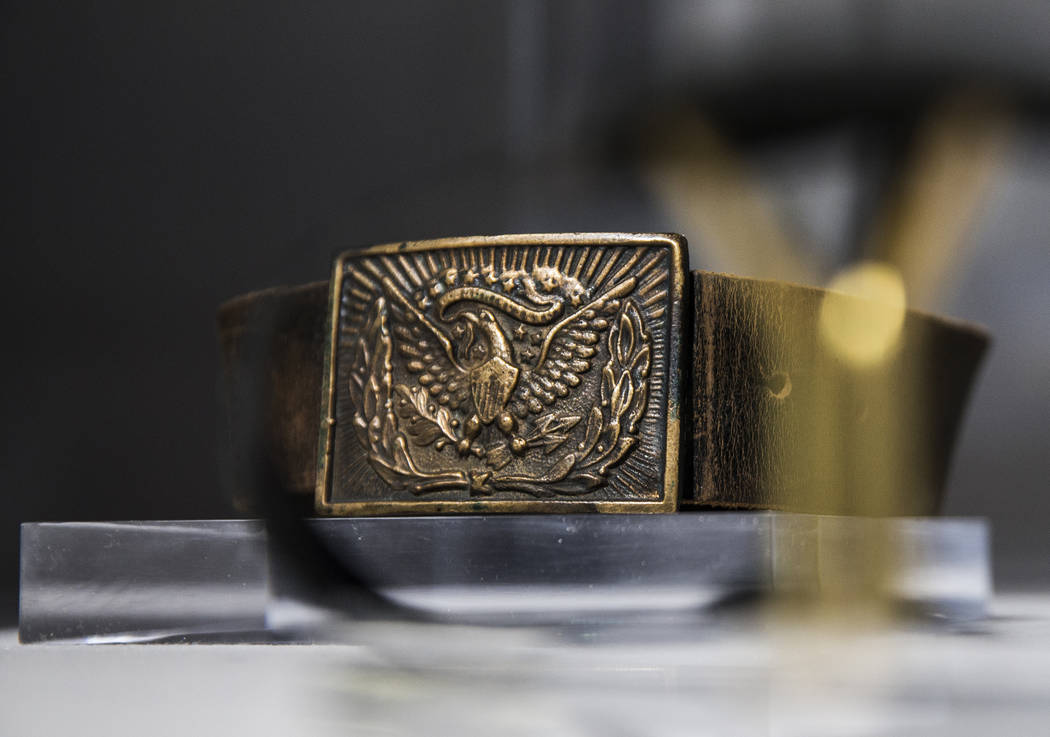 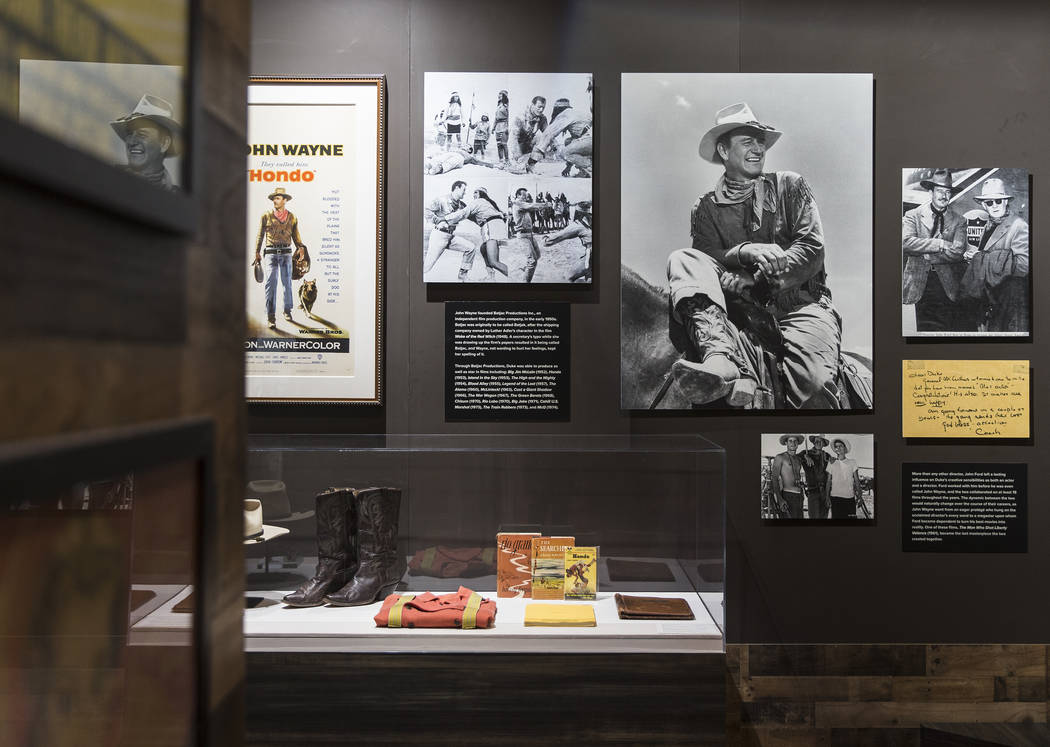 To movie fans, the items once owned by John Wayne are mementos from a legendary Hollywood star.

To Ethan Wayne, they’re also something else: Dad’s stuff.

They don’t make movie stars like John Wayne anymore, and an exhibition that opened today at South Point offers a few clues about why that is. Called “John Wayne: Spirit of the West,” the exhibit encompasses 2,000 square feet devoted to the Oscar-winning actor’s personal and professional lives.

Featured are film props, memorabilia, personal mementos and photographs. Items include Wayne’s cowboy hat from “Big Jake,” his personal copy of the book “The Searchers” and coffee mugs with 24-karat gold handles of the kind that he gave to cast and crew members on movie sets.

“They’ll sort of be taken through his life, starting as a little boy and how (the family) made their way West,” Ethan Wayne said. “Just basically his life story from Iowa to ‘The Shootist.’”

For Ethan Wayne, the second-youngest of Wayne’s seven children and president of John Wayne Enterprises, one item that stands out is the Motion Picture Studio Mechanics membership card issued to “Duke Morrison” — Wayne’s real name was Marion Morrison — for the years 1929 and 1930, when he was hired as a prop man’s assistant.

With that card, “he went from being a student-athlete at USC to sort of throwing his hat in the ring in a new industry, motion pictures, and he started (by) sweeping the floors,” Ethan Wayne said.

The card represents John Wayne’s “first job in film, and he still had that when he died. It was in his dresser drawer, so it had to be significant to him.”

Another significant item is a bone knife and scabbard given to Wayne by Raoul Walsh, who directed Wayne in the 1930 Western “The Big Trail.” It was John Wayne’s first movie as leading man.

Still, “The Big Trail” is “significant,” Ethan Wayne said, and it’s even the movie in which Marion Morrison became John Wayne. So, Ethan said, “It’s kind of where John Wayne was born.”

“For me, these two articles really signify the start of a legendary and historic and important American career,” he said.

Text panels offer context to the items on display, and guests can see if they can measure up to Wayne by trying on one of his cowboy hats.

Creating the exhibition has given Ethan, who was 17 when his father died, a new look at his father’s life.

“When you’re a kid, then you come back in your 50s and look at his life and career, all of a sudden you realize he affected people and the culture of our country and represented character traits and values of significant individuals, whether they were moving West or fighting wars,” he said. “He was the go-to guy to represent those personalities on screen.”

As fans, “you’re looking at him as a hero,” he said, “and he’s looking out at the persons he plays as heroes.”

“I think John Wayne’s values set and character still resonate with new generations, and I think that we’re lacking a leader like that in the entertainment industry,” Wayne said of his father’s enduring appeal. “His pearls of wisdom, his humor, his work ethic, his heart of gold is something I think can be shared and appreciated by people of all ages.”