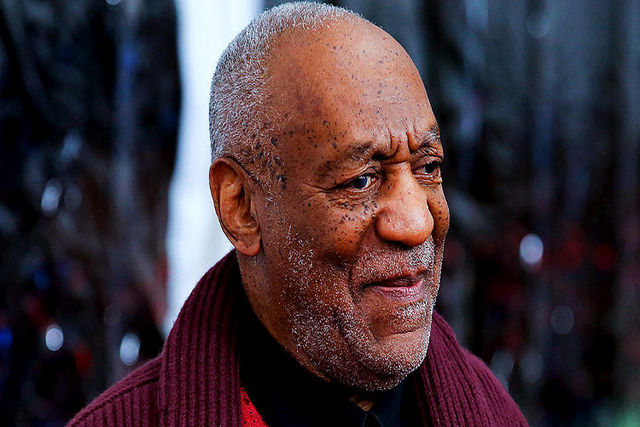 A major Disney theme park is removing a likeness of Bill Cosby after this week’s revelation that the comedian provided drugs to women with whom he wished to have sex.

Hollywood Studios is a Disney theme park near Orlando — the eighth most popular park in the world, by one industry measure. Formerly Disney-MGM Studios, it opened in 1989.

“The World you have entered was created by The Walt Disney Company and is dedicated to Hollywood — not a place on a map, but a state of mind that exists wherever people dream and wonder and imagine, a place where illusion and reality are fused by technological magic,” reads an inscription signed by Disney chief executive Michael Eisner in 1989. “We welcome you to a Hollywood that never was — and always will be.”

In pursuit of that dream, the park began erecting busts of popular entertainers inducted into the East Coast Hall of Fame of the Academy of Television Arts and Sciences. Cosby was inducted in 1992, and his visage joined the likes of Carol Burnett, Sid Caesar, Mary Tyler Moore, Red Skelton, Danny Thomas, Milton Berle and Walt Disney.

But now — in the wake of Cosby’s recent legal catastrophe — the comedian’s bust will come down. Disney announced the statue would be removed after the park closed Tuesday night, offering no explanation, as the Orlando Sentinel reported.

The statue, however, was the target of a family member of one of Cosby’s alleged victims: Linda Traitz, who said Cosby offered her a briefcase full of drugs before assaulting her in 1969. (Cosby has denied the charge.)

“It had assorted sections in it, with pills and tablets in it, different colors arranged and assorted into compartments,” Traitz told The Washington Post in an interview last year. “He offered me pills and said it would help me to relax, and I kept refusing but he kept offering.”

“In light of recent circumstances it is prudent that the bust of actor Bill Cosby be removed from Disney’s Florida theme park,” the petition read. “The Disney name is synonymous with family-friendly entertainment and with Mr. Cosby in the media daily facing accusations of sexual assault with the number of victims ever-climbing, it is inappropriate for Disney Parks to have a replica of Mr. Cosby’s likeness on display.”

Though the petition garnered fewer than 300 signatures, Gavrilova looked forward to a win as the park prepared to bring the statue down.

“I just got word that the Disney company has heard our petiton (sic) and due to recent developments in the Cosby saga a decision regarding the bust is pending!” she added. “Stay tuned and keep your fingers crossed for a victory.”

In a television interview, Gavrilova elaborated further on why she wanted the statue gone.

“He has no place in Disney,” she told WKMG 6 in Orlando. “It’s not a place for a predator. To see the bust of Bill Cosby as a hero on a pedestal in Disney after the family history, and we know of what had happened to my aunt all those years ago, it’s hurtful.”

Cosby’s bust is not the first — nor will it be the last — likeness to be attacked by those it offends. Recent examples: A statue of Penn State head coach Joe Paterno came down in the wake of the Jerry Sandusky pedophilia scandal in 2012; a statue of British colonialist Cecil Rhodes came down at the University of Cape Town in South Africa in 2015, and Confederate statues have been vandalized in the wake of the shooting at a black church in Charleston, South Carolina, last month.

As a student who called for removal of a statue of Jefferson Davis at the University of Texas at Austin told the Huffington Post: “Statues are (a) means to memorialize and glorify the ideals and values of whomever they depict.”