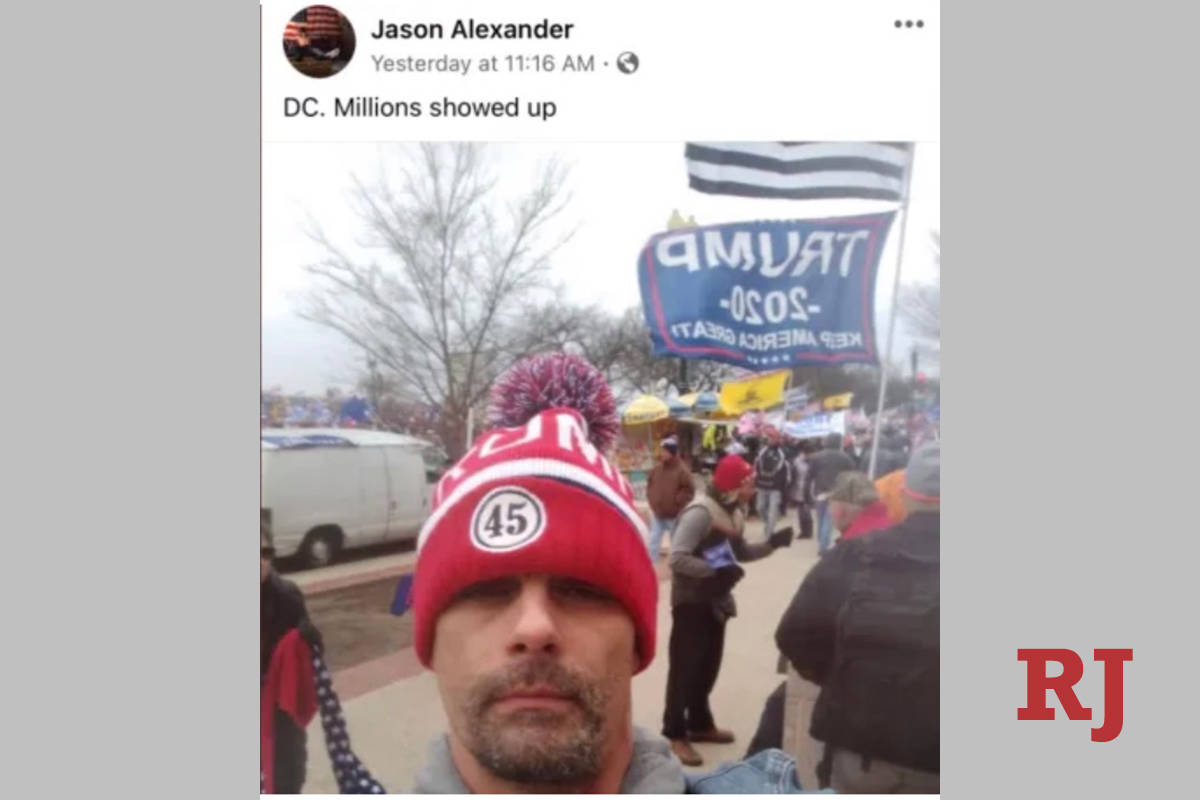 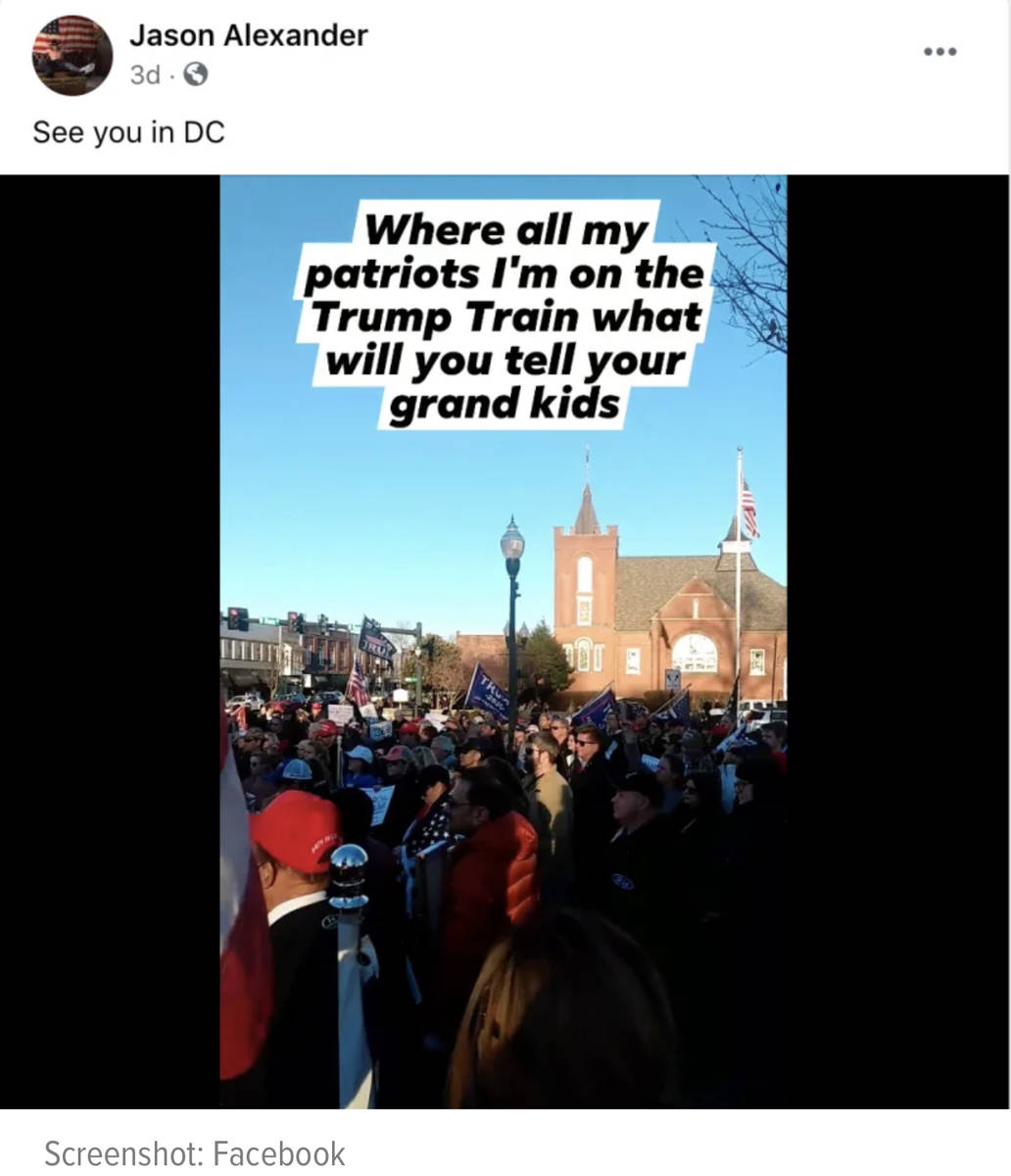 Jason Allen Alexander has been dually famous over the years. First, for his coincidental name, which he shares with the actor who portrayed the iconic “Seinfeld” character George Costanza (and who also had a Vegas stage show for a time).

Second, for his 55-hour marriage to Britney Spears in Las Vegas in 2004.

Alexander can add a third leg to his fame, or we’ll say infamy, as he was reportedly among the hoard of Donald Trump supporters that stormed the U.S. Capitol on Wednesday. Social media posts and such celeb websites as TMZ have reported Alexander, loud and proud, part of the mob scene.

Photos show Alexander on Capitol grounds while wearing a Trump 45 stocking cap. In one of his posts, he comments, “Where all my patriots I’m on the Trump Train what will you tell your grand kids.”

To think twice before jumping into wedlock, for starters.

Alexander and Spears were married, in a hurry and in a flurry, on Jan. 3, 2004. The two had been friends prior, but arrived at the vision of getting married as they were visiting Vegas on and after New Year’s Eve. They were carted by limo to Little White Chapel, owned by Charolette Richards, then to the Clark County Wedding License Bureau, and back to the chapel for a 5 a.m. ceremony.

By the next afternoon, the couple had second thoughts. Spears’ manager Larry Rudolph summoned then-Palms owner George Maloof to help find an attorney who could file annulment documents. Prominent Vegas lawyer David Chesnoff took on the assignment and put the action in motion. A judge signed off on the couple’s formal split around 12:30 p.m. Jan. 5, 2004.

The story, broken by my friend and Review-Journal columnist at the time Norm Clarke, is part of Las Vegas lore.

More recently, in August, Alexander was spotted at a #FreeBritney movement demonstration outside of the Los Angeles courthouse, as a hearing centered on Spears’ conservatorship was taking place. He told TMZ he was hopeful for some measure of reconciliation with his ex-wife, saying, “Keep that open mind. Don’t box yourself in, you know what I mean?”

Asked for comment from Spears, Rudolph said there would be no chance. This decision was certified, long ago.