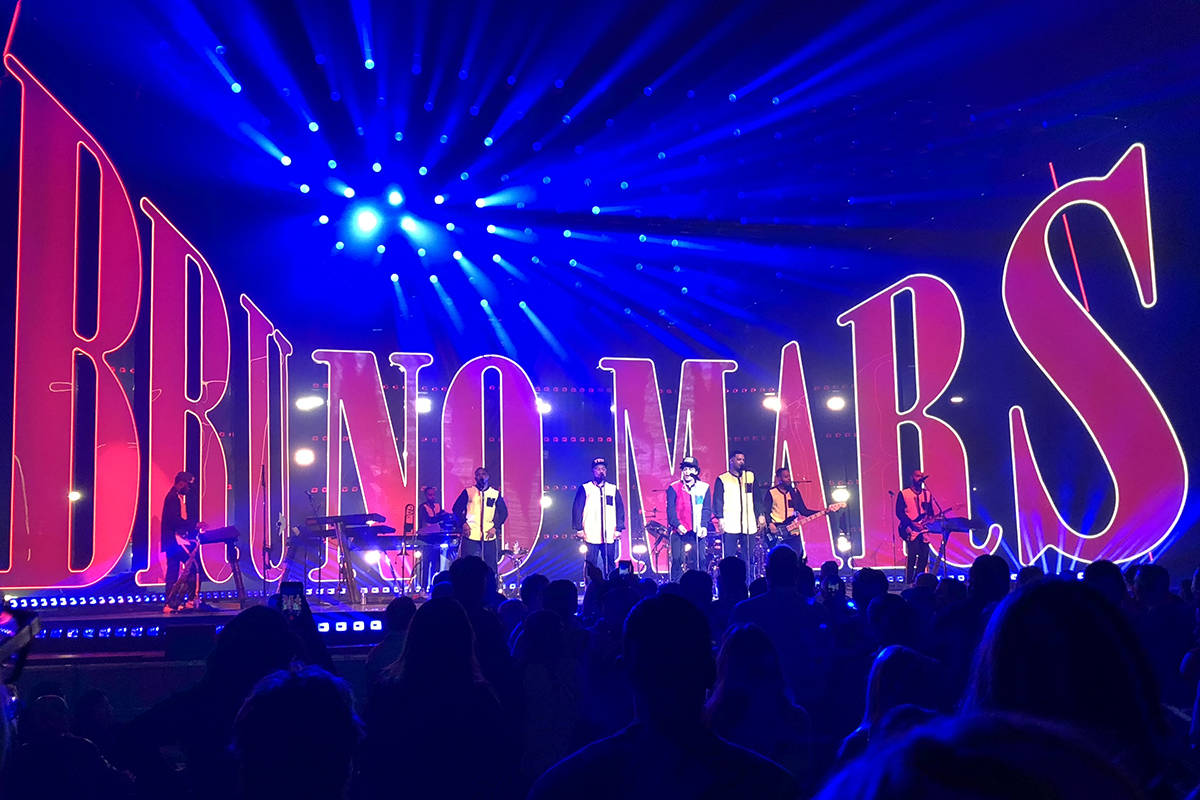 A look at Bruno Mars' stage during his performance at Park Theater on Dec. 30, 2017. Mars has since prohibited the use of cell phones at his shows, but that stage set remains as he reopened on July 3, 2021. (John Katsilometes/Las Vegas Review-Journal) @JohnnyKats

Mars’ rescheduled dates are Aug. 27-28. Asked if the dropped dates were COVID-related, a hotel spokeswoman declined to offer any additional information outside of the brief announcement. MGM Resorts is also expected to announce a new name of Park Theater in a partnership with the Dolby audio company.

For Mars’ schedule, MGM Resorts has announced that previously purchased tickets will be honored for the rescheduled dates with no action needed. If ticket purchasers are not able to attend, a refund can be requested until Aug. 13. Once the refund window is closed, all sales are final.

Guests who purchased “A Trip to Mars” Luxury VIP Experience should call 866-882-0432 to discuss options.

Mars’ shows scheduled for July 30-31 are still listed on Ticketmaster, and planned to be performed. A handful of seats remain on sale for both performances.

An international recording star and Vegas favorite, Mars was the first Strip resident headliner to return to the stage during COVID, with two shows over the July 4 weekend. His entire run of performances, including dates Aug. 13-14, sold out quickly, as did the “Trip to Mars” VIP experience packages.

Those uniquely decadent tickets included the “24 Karat Gold” offer, which is three nights at a select MGM Resorts “super suite” at Bellagio, Aria, Vdara, Park MGM/NoMad or MGM Grand; four VIP suites to a Mars show; and $500 in food and beverage credit. The package went for $6,529.

Mars is not alone among Strip headliners pushing back performances. Stand-up star Gabriel Iglesias’ three shows set for Thursday, Friday and Saturday in the Mirage Theater’s “Aces of Comedy” series have been pulled from the schedule. The comic announced Wednesday he had tested positive for COVID, halting his plans this month on the Strip.

All of Iglesias’ dates were sold out. MGM Resorts classifies the shows as postponed, with rescheduled dates to be announced. The next dates on the books for the comic nicknamed “Fluffy” are Sept. 10-12.

The postponement of large-ticket events this weekend on the Strip started with the pulling of the Tyson Fury-Deontay Wilder bout from T-Mobile Arena. That heavyweight title bout was scheduled for Friday, but yanked after Fury tested positive for COVID. That bout has been moved to Oct. 9, also at T-Mobile. 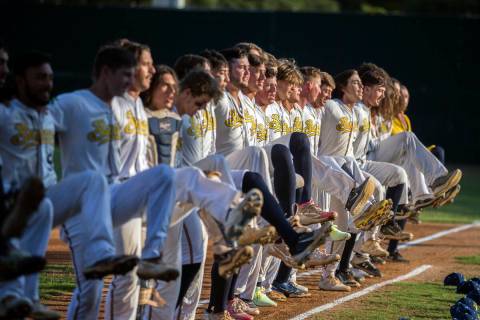