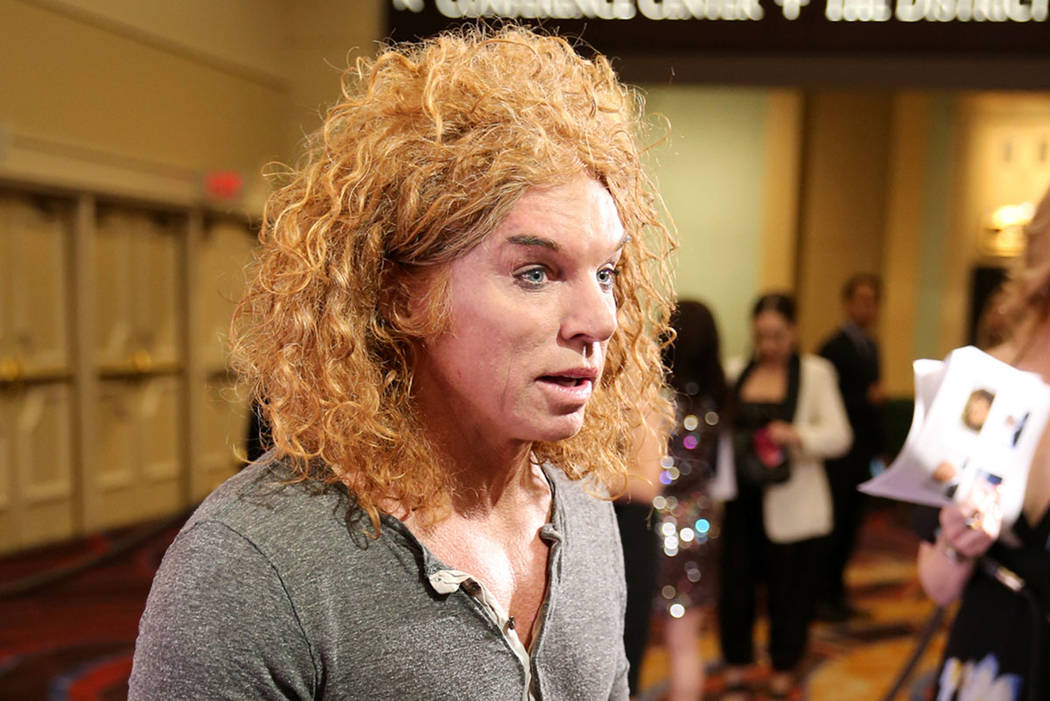 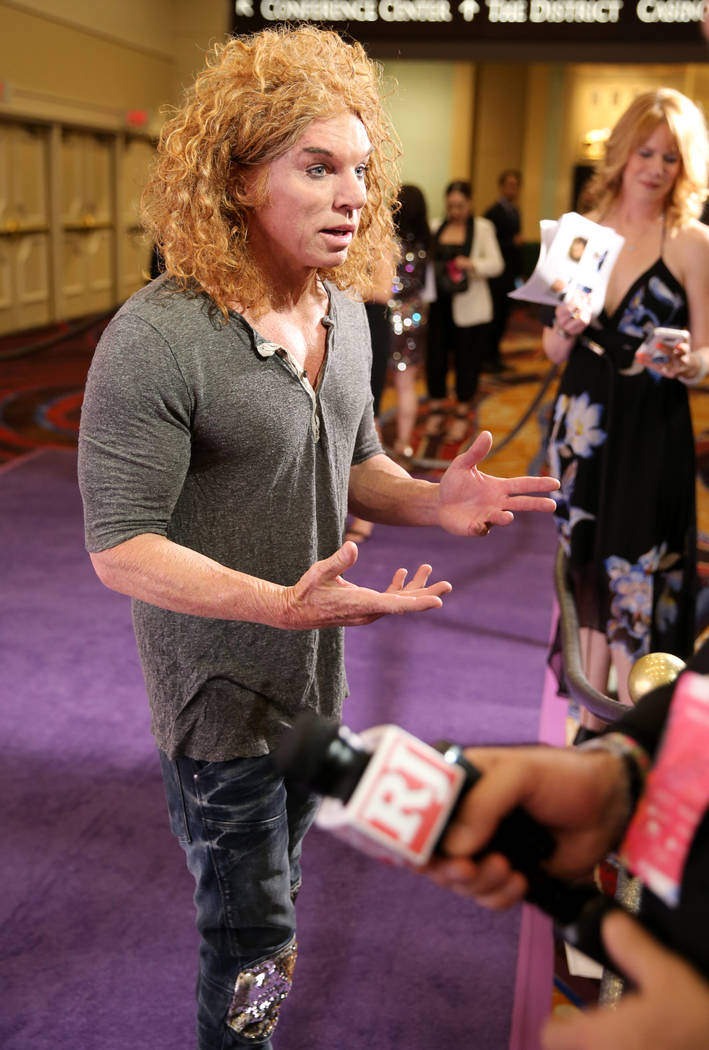 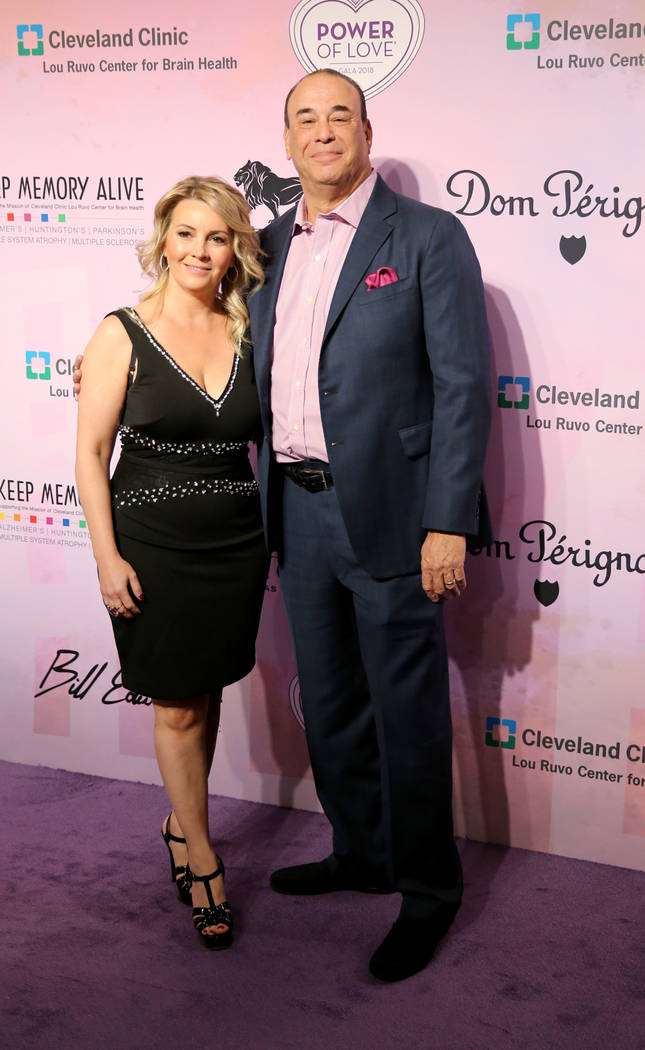 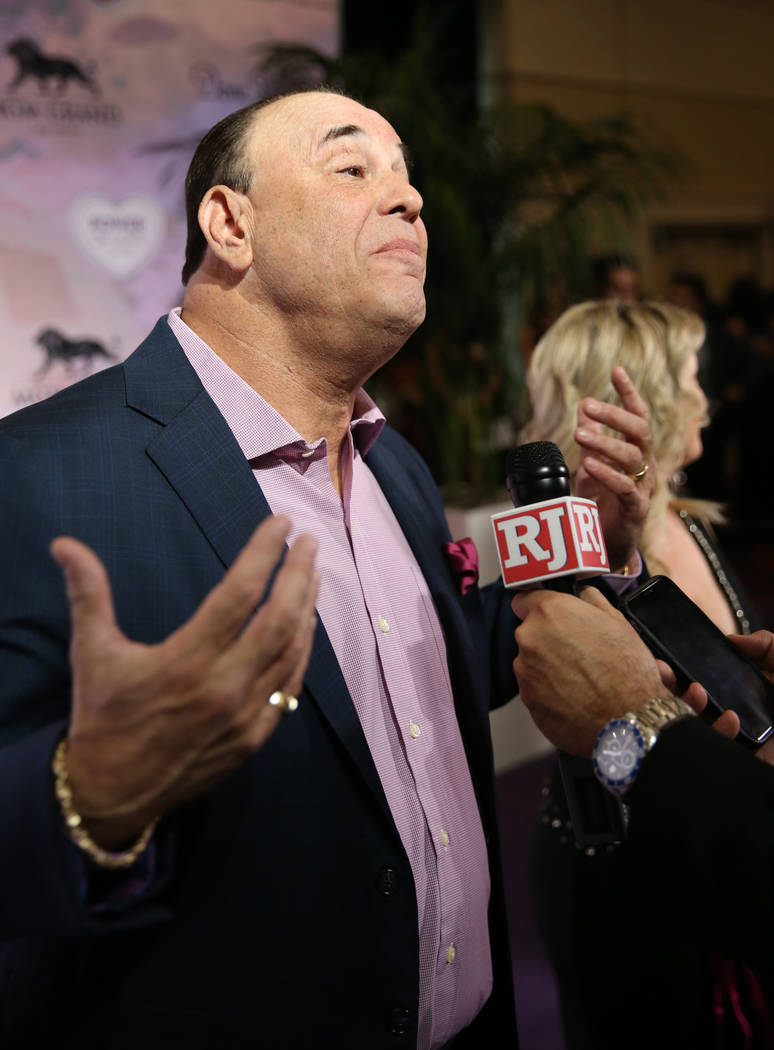 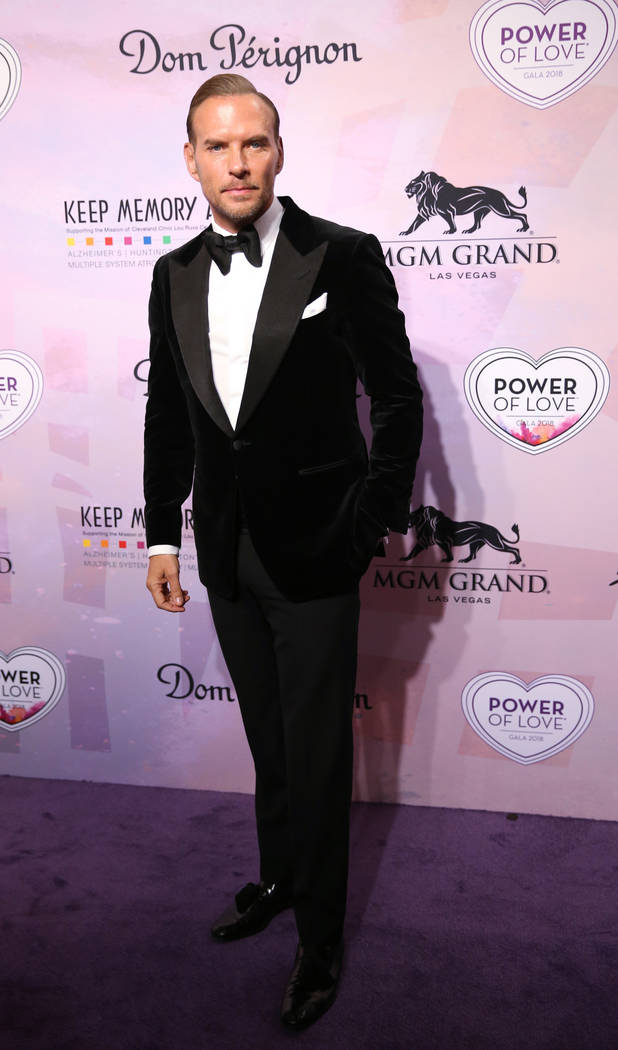 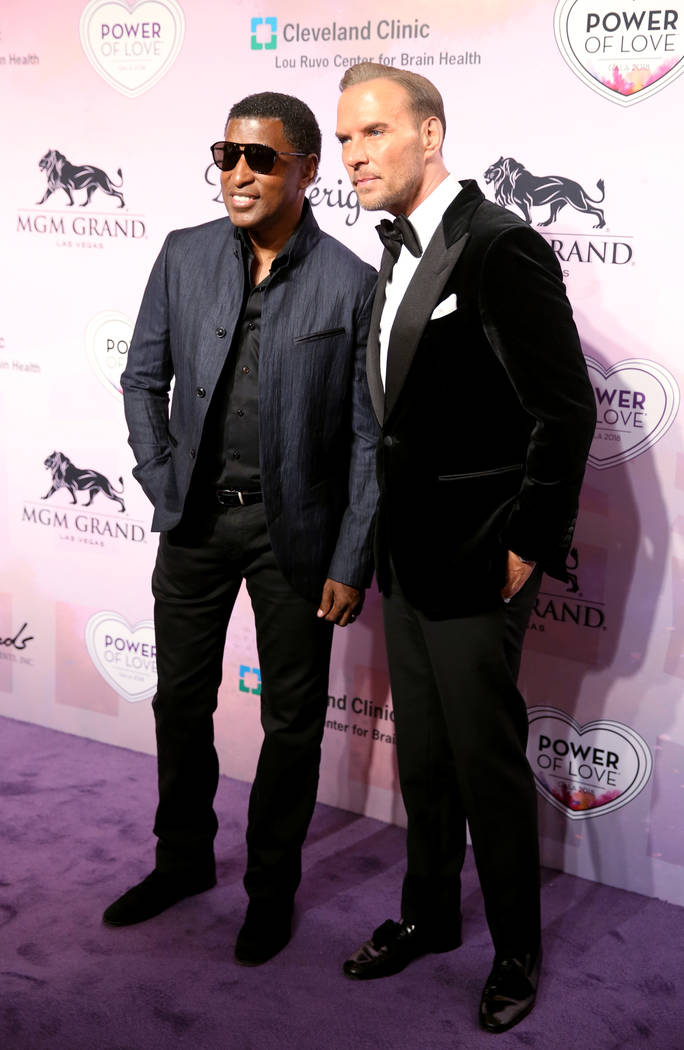 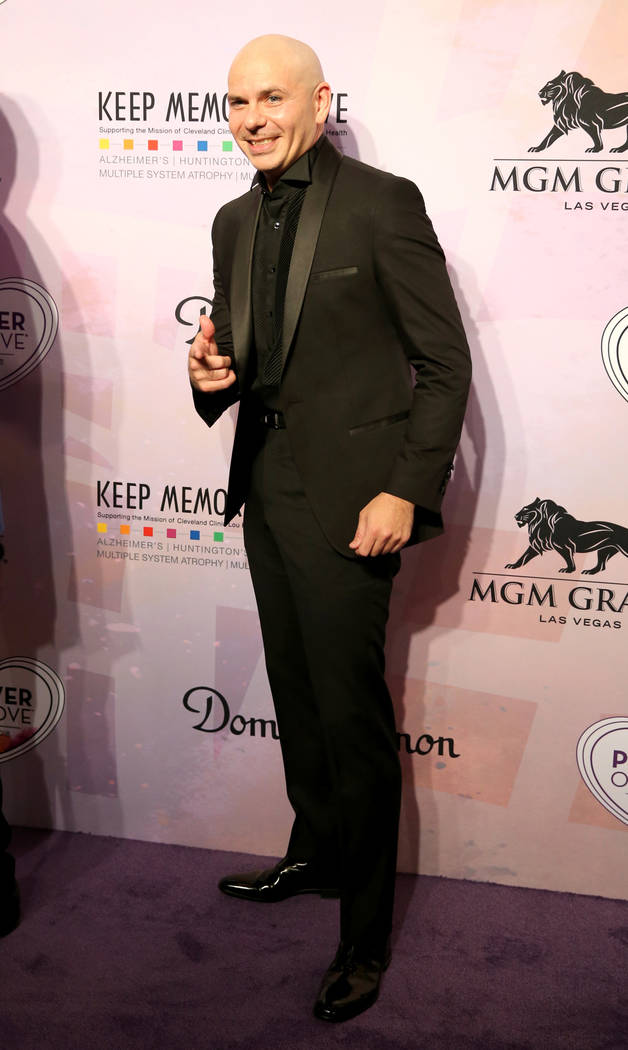 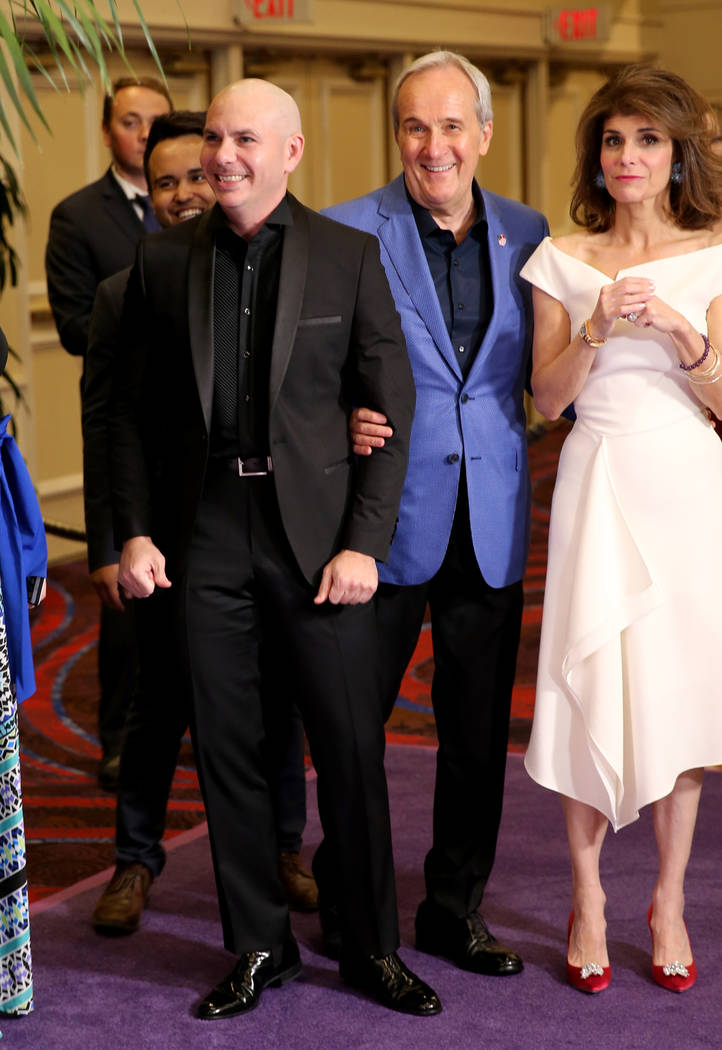 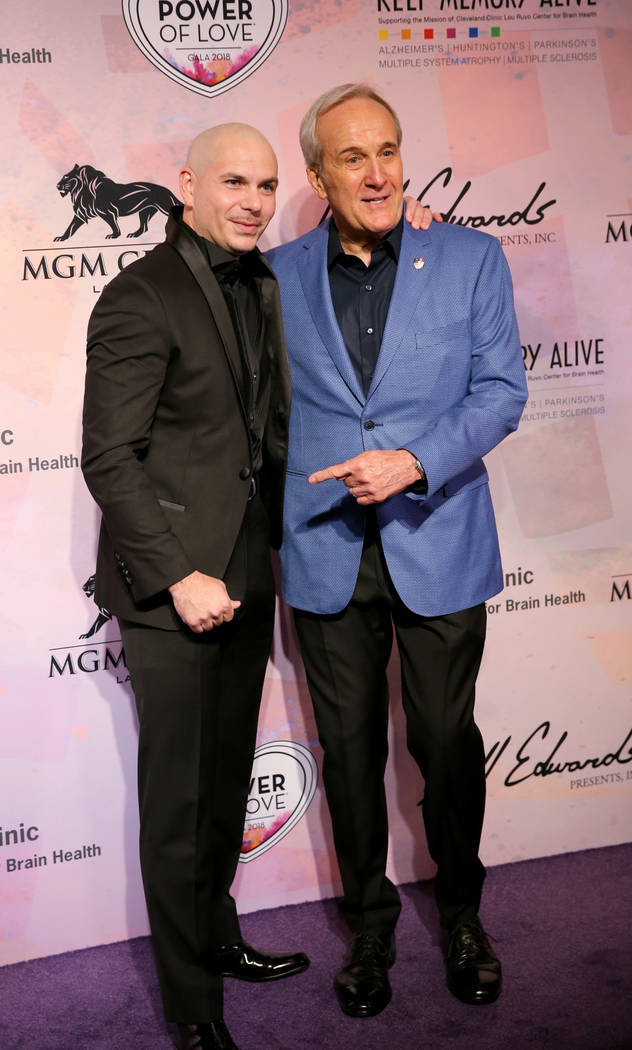 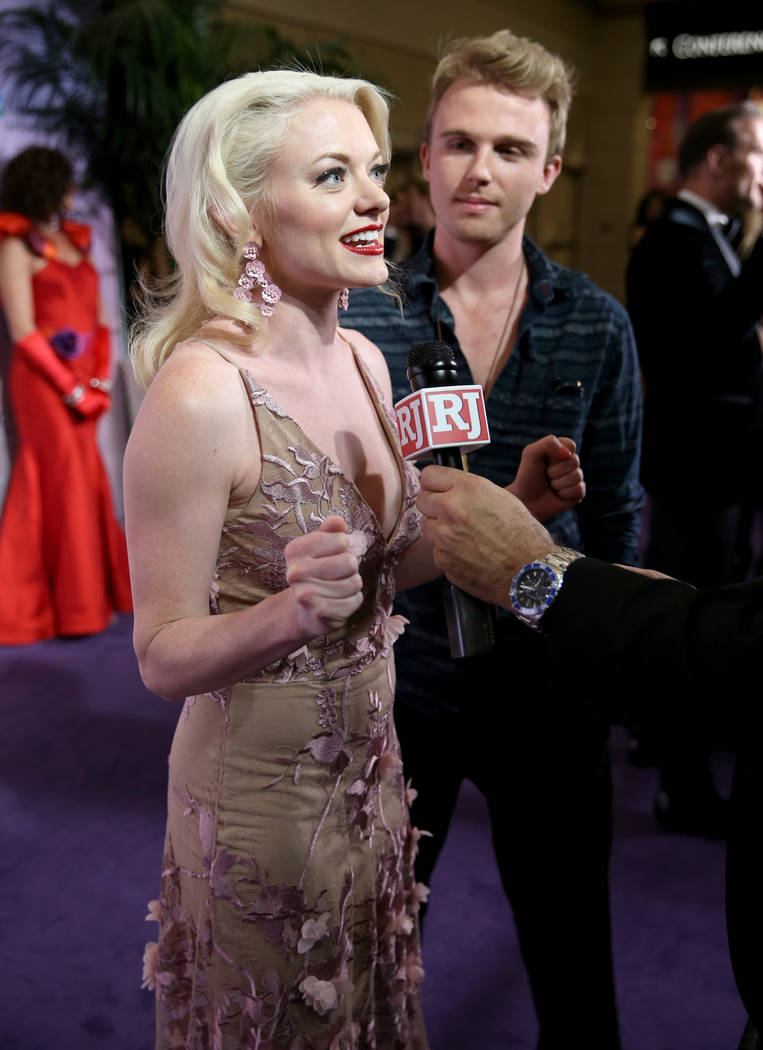 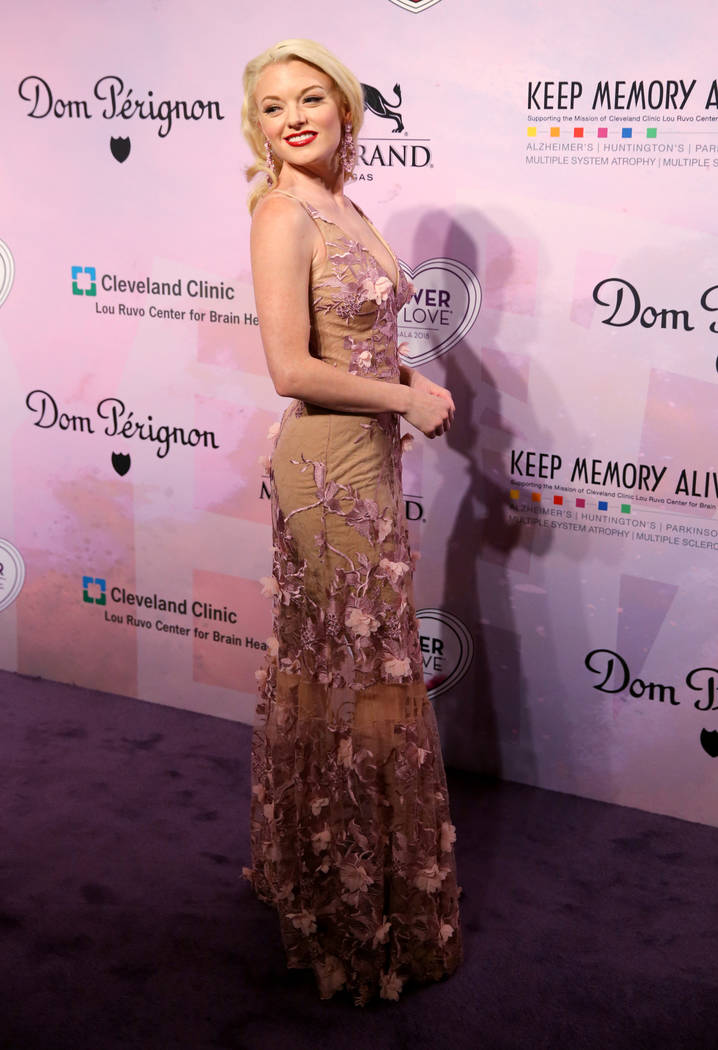 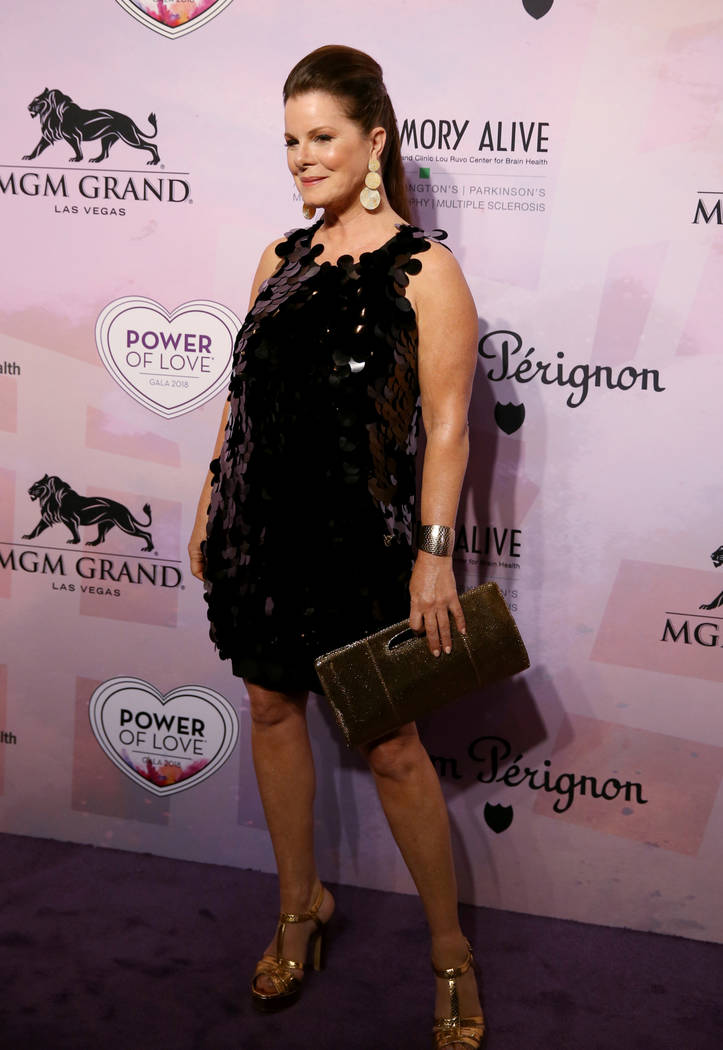 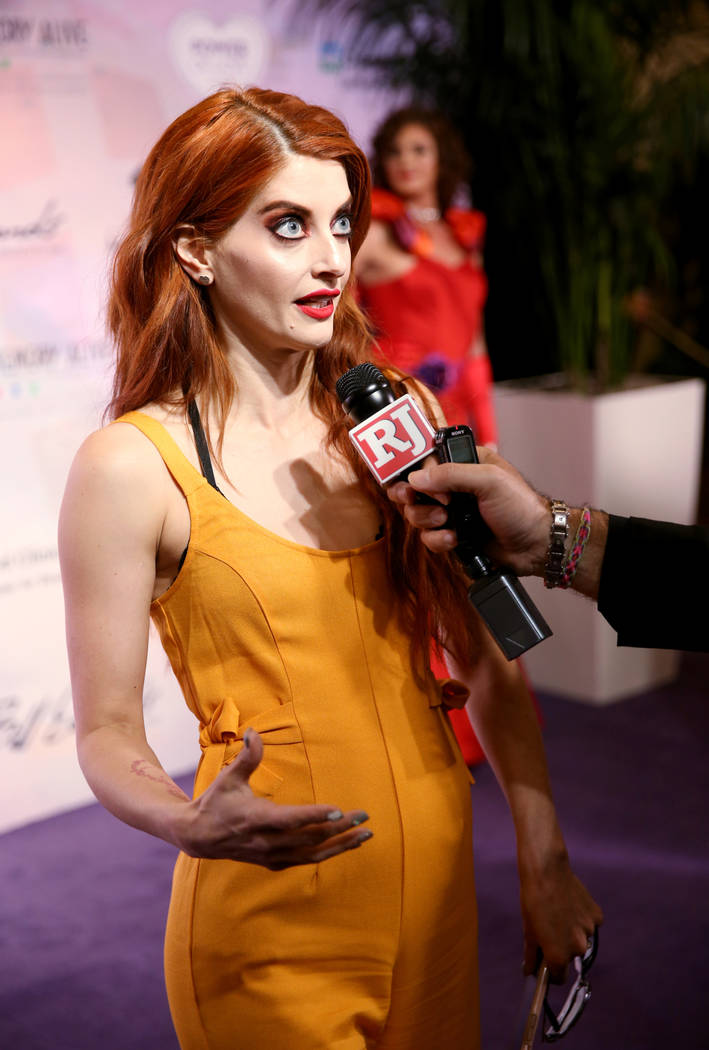 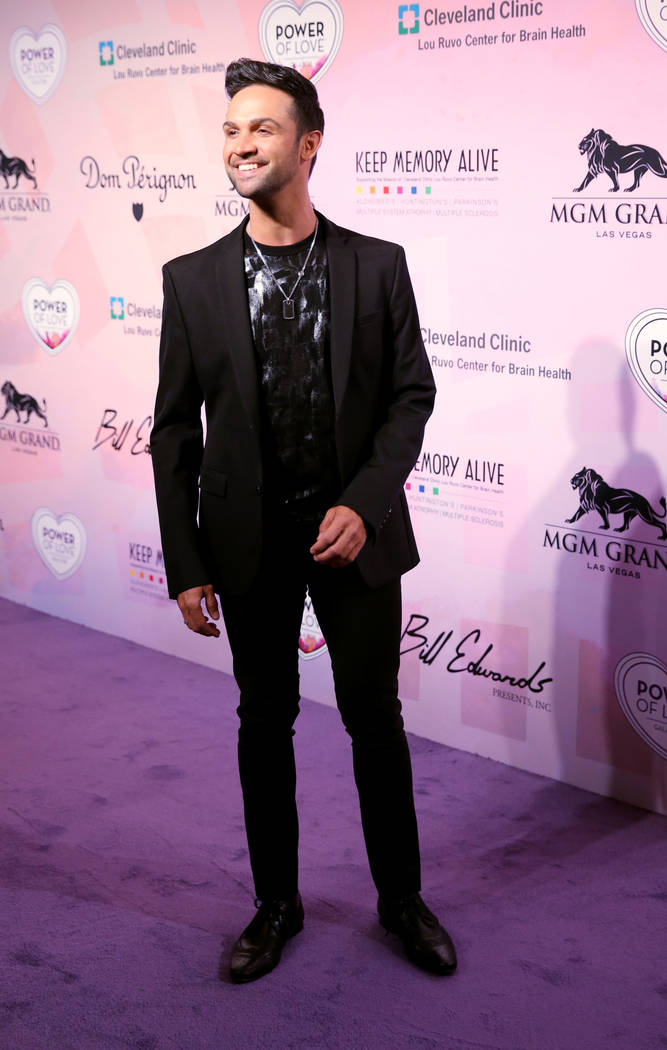 The Kats! Bureau at this writing is the 22nd annual Keep Memory Alive Power of Love gala at MGM Grand Garden. This has also been the venue for so many great concerts and memorable fights.

Tonight, the fight is against the diseases of an aging brain. As always, the event raises operating funds for the Cleveland Clinic Lou Ruvo Center for Brain Health. Michael Buble is the star entertainer, and Dr. Tom Mihaljevic star health-care professional. Mihaljevic replaces outgoing Cleveland Clinic Chief Executive Officer Dr. Jeffrey Cummings, who is leaving his post as of Monday morning.

Highlights from around the room, and from the red (or, rather, lavender) carpet event:

Brace yourselves for “Speakeasy With Jon Taffer,” and the entire series is to be set in VegasVille.

“We’re pretty excited about it,” said Taffer, who moved to Las Vegas a couple of years ago and has become close with the Ruvos. “I’m going to bring a guest on, each week, and show them the city I love so much. I’ll take them to the back of the house, front of the house, show them something old — go downtown, off the Strip. “A lot of it will be filmed at MGM Resorts properties.”

Look for “Speakeasy” to premiere in eight to 10 weeks. “It will be fun,” Taffer said. “I promise you that.”

Matt Goss is performing a major music fest in his native England on Sept.. He’s set to perform at Hyde Park in BBC’s “Proms at the Park” special, along with Gladys Knight and Josh Groban.

Also on the Goss front, “When the Screaming Stops,” the documentary centered on Matt and his twin brother, Luke Goss and the Bros reunion tour through Great Britain, is due for November release.

Planet Hollywood headliner Pitbull (he’ll answer to “Mr. Worldwide,” BTW), back in action at Zappos Theater, posed with Larry and Camille Ruvo — and a bottle of Voli 305 vodka.

Ruby Lewis, star of “Marilyn: A New Musical” at Paris Theater, is immersed in the character.

“I’m having a lot of fun doing her, jumping in, and I’ve started having a difficult time separating myself from her,” Lewis said. “It’s actually starting to effect me, emotionally … there are some really heavy scenes, and I find myself feeling for her.”

Lewis, late of “Baz” at Palazzo Theater, has been rehearsing the role for a week. The show opens June 1, the 92nd anniversary of Monroe’s birth.

Top of the pop

The city’s most famous, red-headed prop comic has been a busy man — on and off the stage.

“I think I’ve been in a charity thing every day this week,” said Luxor headliner Carrot Top, who participated in the Ronald McDonald House 5K run earlier Saturday. “People don’t realize what a charitable city this is. We’re always giving back, somehow, in Las Vegas.”

I asked Topper about his longevity at the Luxor. He stopped, as if not to remember.

He opted for the charity.

“They wanted me to sing three songs, and I thought about it,” Neil said. “But this is a little more important than a hockey game.”

Vegas singer Chadwick Johnson has performed and recorded the song “Remember Love.” Johnson, who performs monthly at Red Rock Resort’s Rocks Lounge, has donated all proceeds from the song to the Ruvo Center.

“It was inspired by my grandfather and his mother,” Johnson said. “It’s a love letter to someone who has lost memory.” His next performance at Rocks Lounge is May 10.

Robin Leach missed the Ruvo spectacle for the first time in the event’s 22-year history. As part of the event’s lore, Leach seized the mic at the first fundraiser in 1992 — a dinner at Spago at Forum Shops at Caesars Palace to celebrate the memory of Lou Ruvo, who died that year from Alzheimer’s. The event raised $35,000 in on-site donations to fight the disease, sparking the ongoing event that became Power of Love.

Leach has served as the “VOG” (Voice of God) for every gala since, and has been instrumental in raising millions for the Ruvo Center.

But Leach was forced to miss this year as he continues rehabilitation in Cleveland from a stroke he suffered in November. Robin’s son, Steve, says he continues to recover and expects to return to Las Vegas in the next couple of weeks for further rehab work. Ex-“Rock of Ages” co-star and “Brunch to Broadway” creator Bob Torti ably filled in for Leach on Saturday night, with Mark Shunock as the arena emcee.