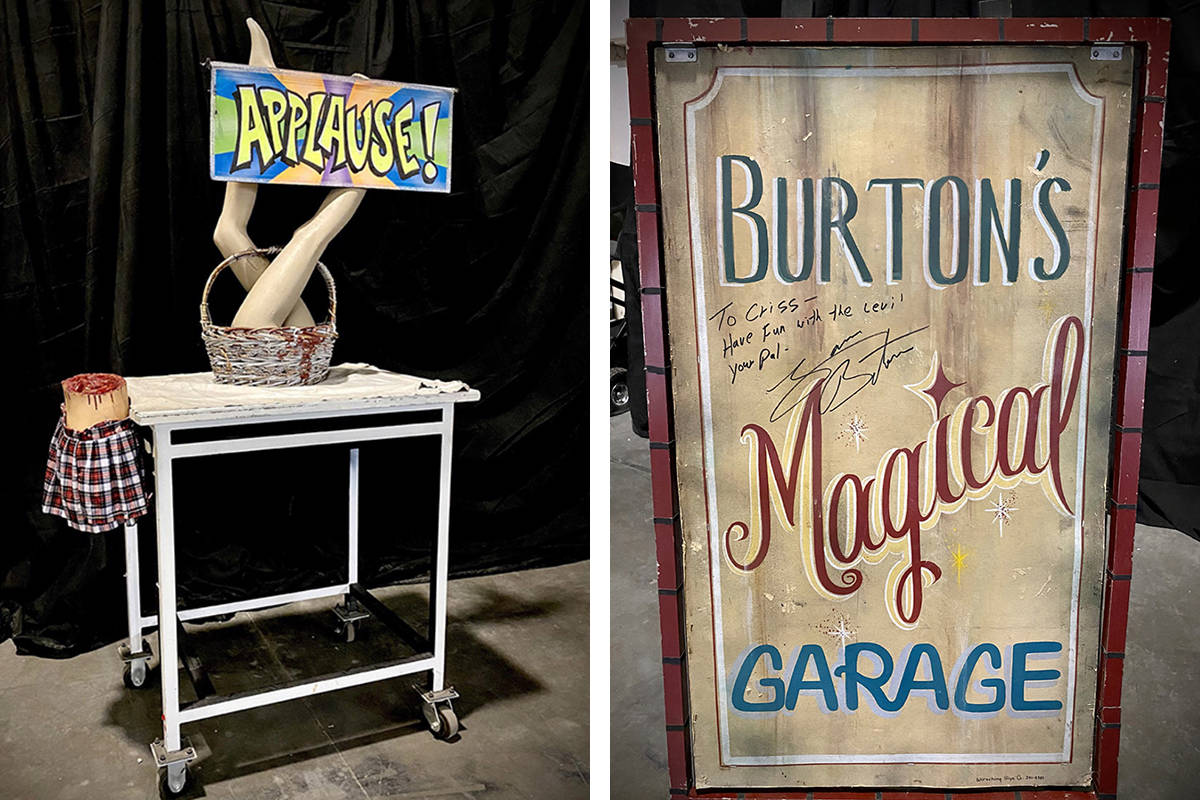 A composite screen capture is shown from Criss Angel's website announcing his studio sale from March 26-28, 2021, in Las Vegas. (crissangel.com) 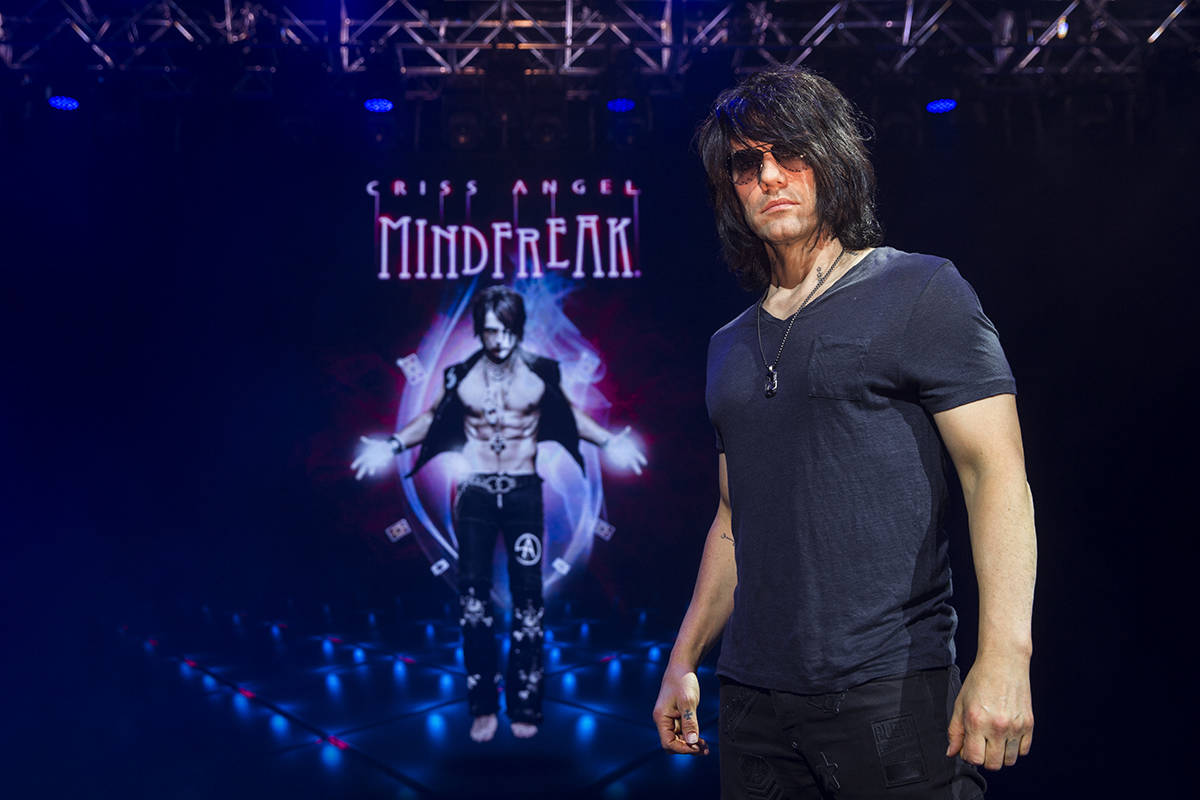 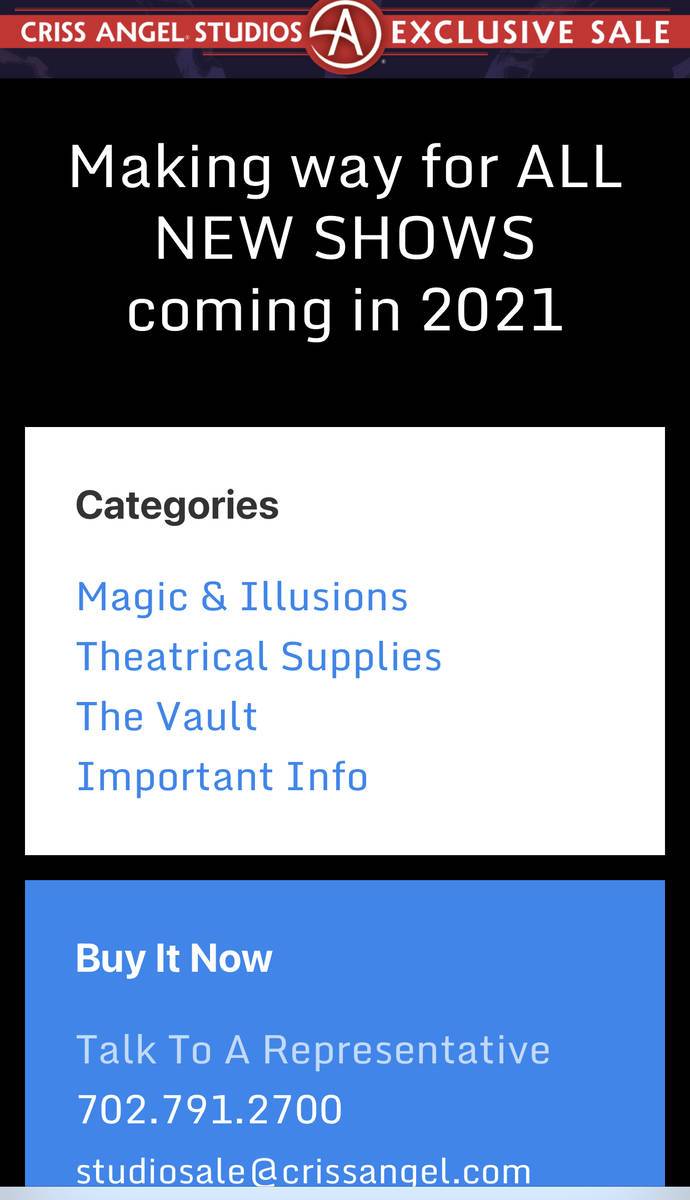 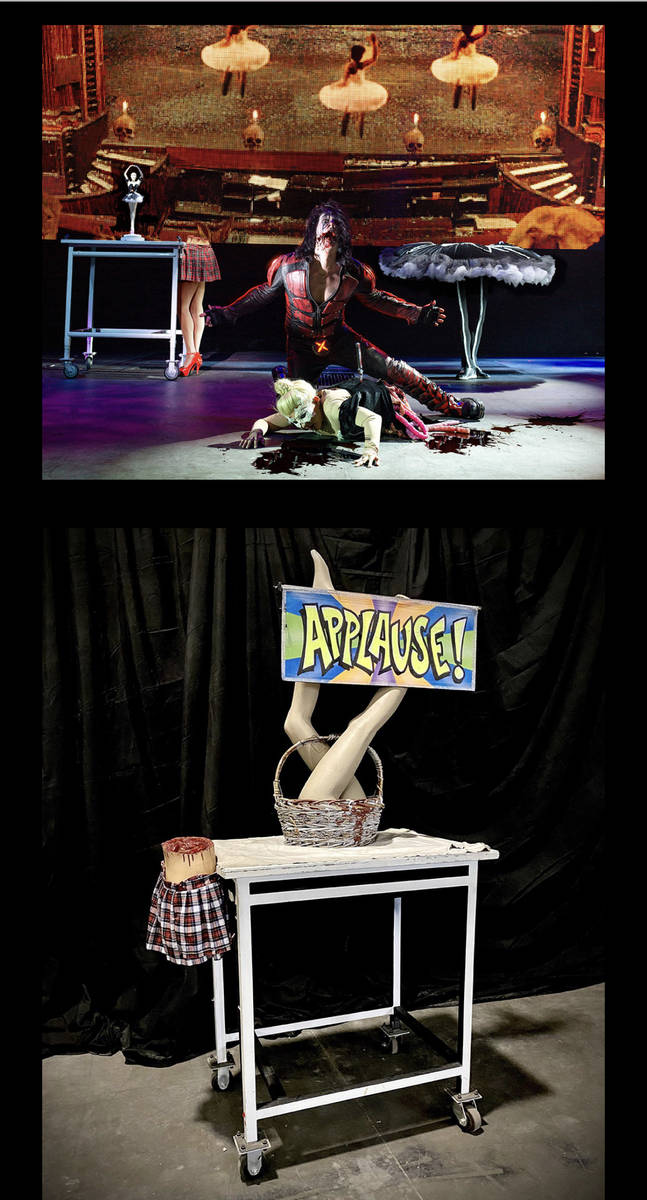 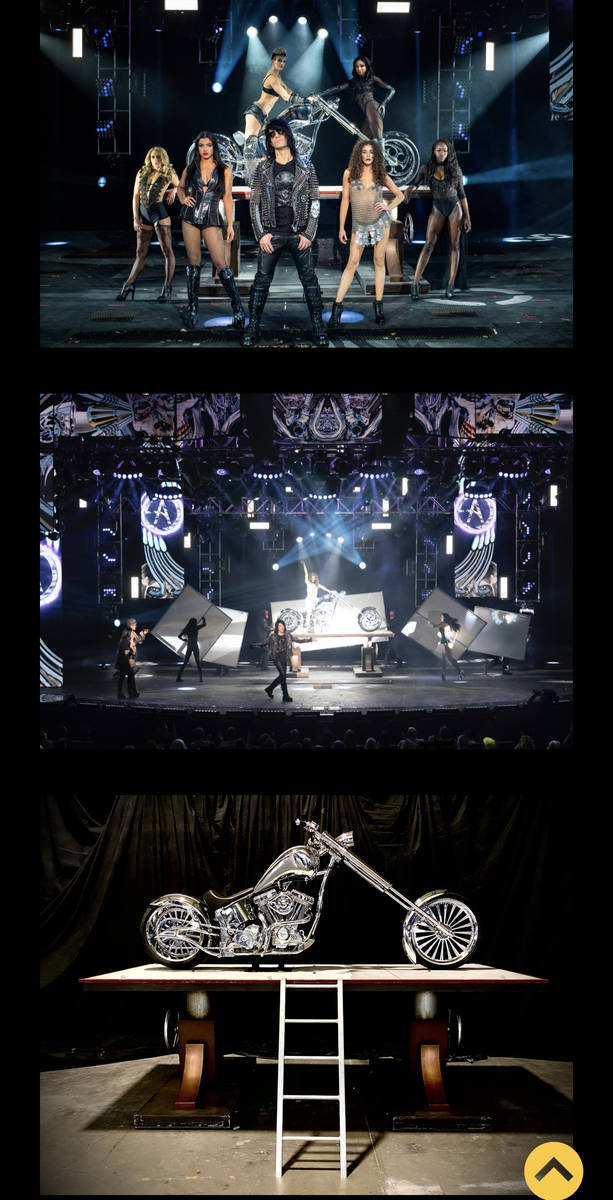 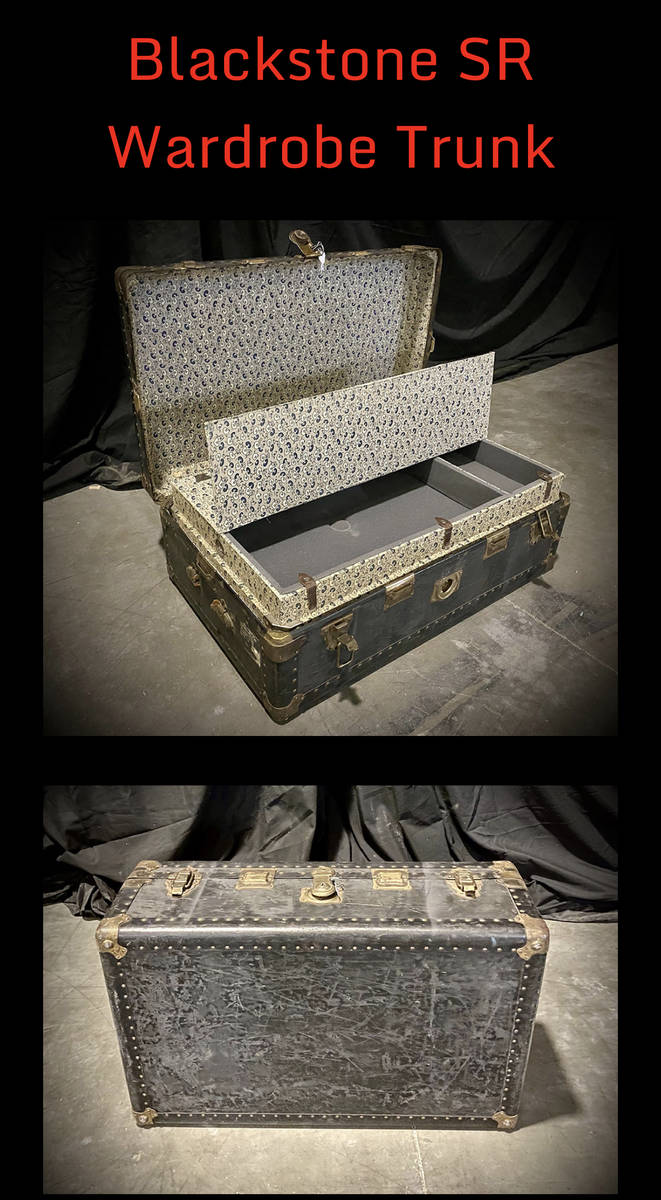 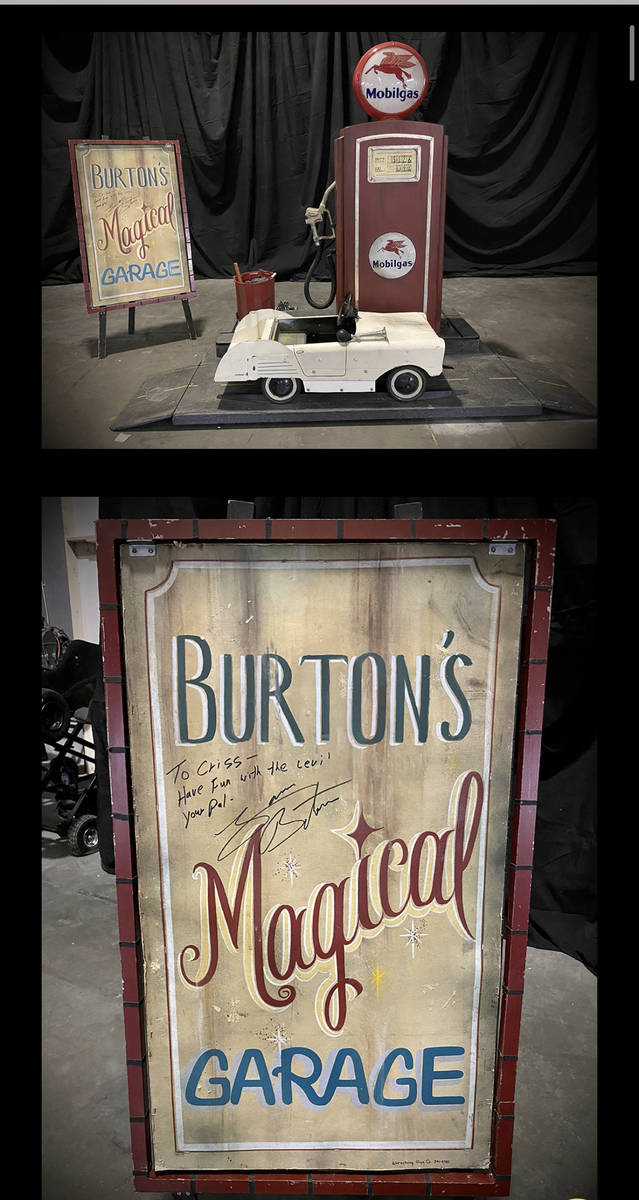 Criss Angel is selling “the most deceptive legs in the business.”

The star of “Mindfreak” at Planet Hollywood is shedding several of his large-scale illusions and stage supplies stored at his Las Vegas warehouse. His open house for interested buyers is March 26, 27 and 28, by appointment only (call 702-791-2700, or go to crissangel.com/studiosale/ for info).

Why would a successful magician in Vegas sell off some of his favorite stuff? Anything, and everything, goes during a pandemic. Angel’s site is topped with the message, “Making way for ALL NEW SHOWS coming in 2021.” That is an indication he has plans to develop more ticketed entertainment at his Planet Hollywood theater.

“Despite the complete shutdown of live entertainment caused by the pandemic, the entire team at Criss Angel Studios has been working hard to develop new shows for 2021 and beyond,” Angel said in an emailed statement. “We believe there will be a great demand for the kinds of experiences and escape only live entertainment can create. We have several projects in development which will help bring Las Vegas back to life, in addition to the return of Criss Angel Mindfreak at Planet Hollywood which will return when shows are permitted to reopen.

“As part of this creative process, we have spent the last five months clearing out space in our studio to make way for new ideas and new opportunities and the result is the Criss Angel Studio Sale, of which a portion of the proceeds will be donated to pediatric cancer organizations.”

Angel and Franco Dragone announced last week a plan for a “pre-nightclub” experience and venue, Mr. Smiles & Molly, set to open this year in what we expect will be a Caesars Entertainment venue.

The items up for bid include the above-mentioned, lower half of a female body that has sashayed across Angel’s stage since his days at Luxor. The lot comes with a custom, disembodied torso and is in “very good” condition, says the listing.

The long-running headliner also is offering many items he’s culled over the years from the Doug Henning and Harry Blackstone Sr. collections. Henning’s original water levitation, created in 1979 by the revered magic-act manufacturer John Gaughan, tops the list (the piece is even decorated with Henning’s famous rainbow stickers).

Henning’s original “Kiddie Car Levitation,” later purchased and used by Lance Burton, also is up for sale. Angel used that prop on the “Mindfreak” TV series and also in an upcoming documentary short co-starring his son Johnny Crisstopher, centering on pediatric cancer.

Blackstone’s wardrobe trunk is among the personal items offered for bid.

Angel also is parting with his recognizable “Chopper Appearance” stage set, which features an actual 9-foot, chrome chopper. “Forget about all those fake-looking bikes,” Angel says on the site. This, too, can be yours, if the price is right.