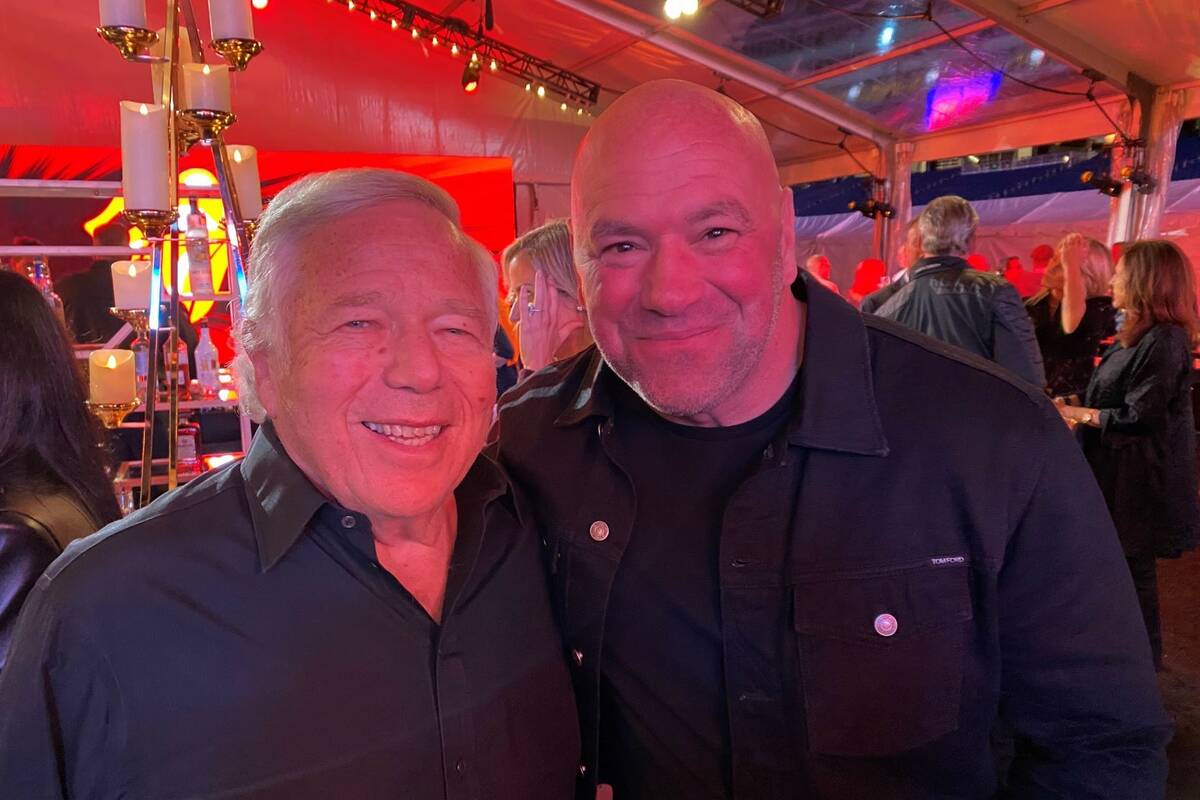 Dana White is accustomed to octo-fighting men. Monday night, it was “Street Fighting Man” for the UFC president.

The party was held for 300 invited guests in a tent, or should we say tented structure, at the Patriots’ Gillette Stadium.

“It was incredible. It didn’t feel like a tent. It felt like I was in a ballroom at Encore,” White texted Tuesday during his flight back to Vegas. “The Krafts are the classiest, most down to earth, amazing family.”

The Stones’ 15-song set opened with “Let’s Spend the Night Together” and also featured such classics as “Tumbling Dice,” “Under My Thumb,” “Gimme Shelter,” “Start Me Up,” “Miss You,” and “Jumpin’ Jack Flash.” The encore was the two-song burst of “Street Fighting Man” and “(I Can’t Get No) Satisfaction.”

White said he believed he was the only Las Vegas rep in the event. The show was in advance of the Stones’ U.S. tour, which plays Allegiant Stadium on Nov. 6.