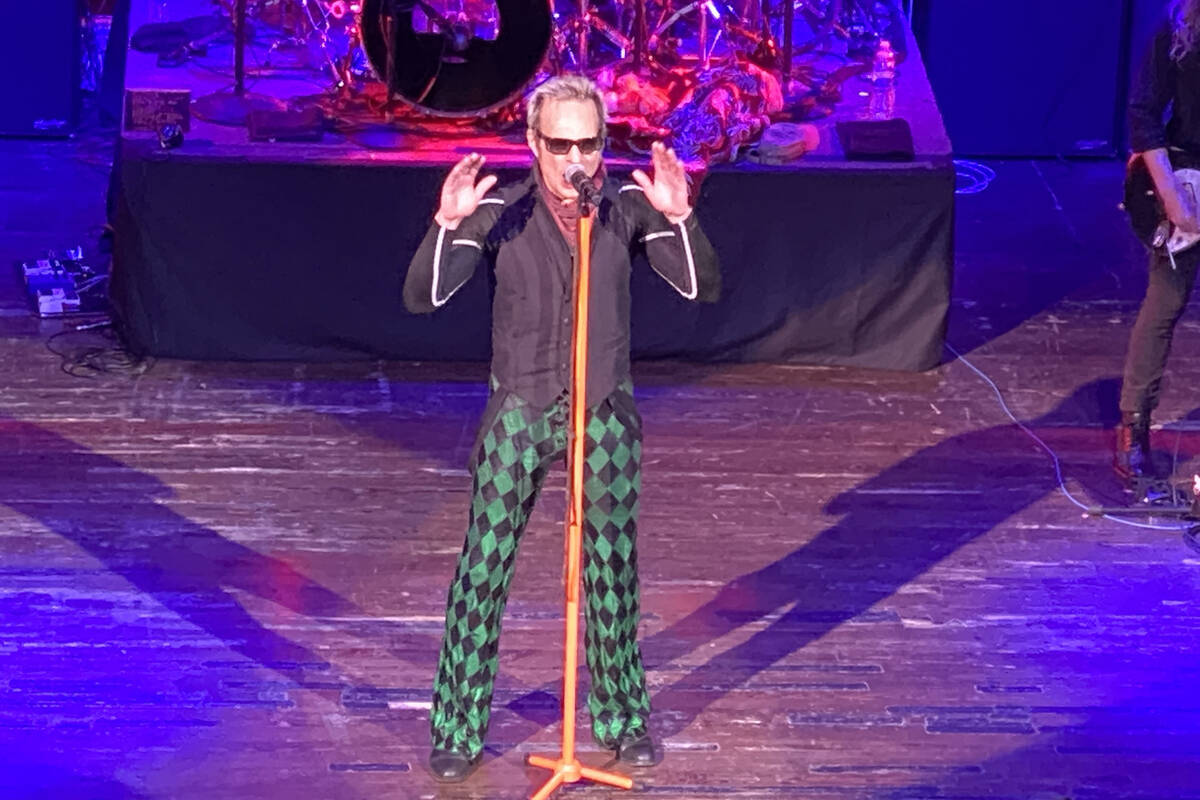 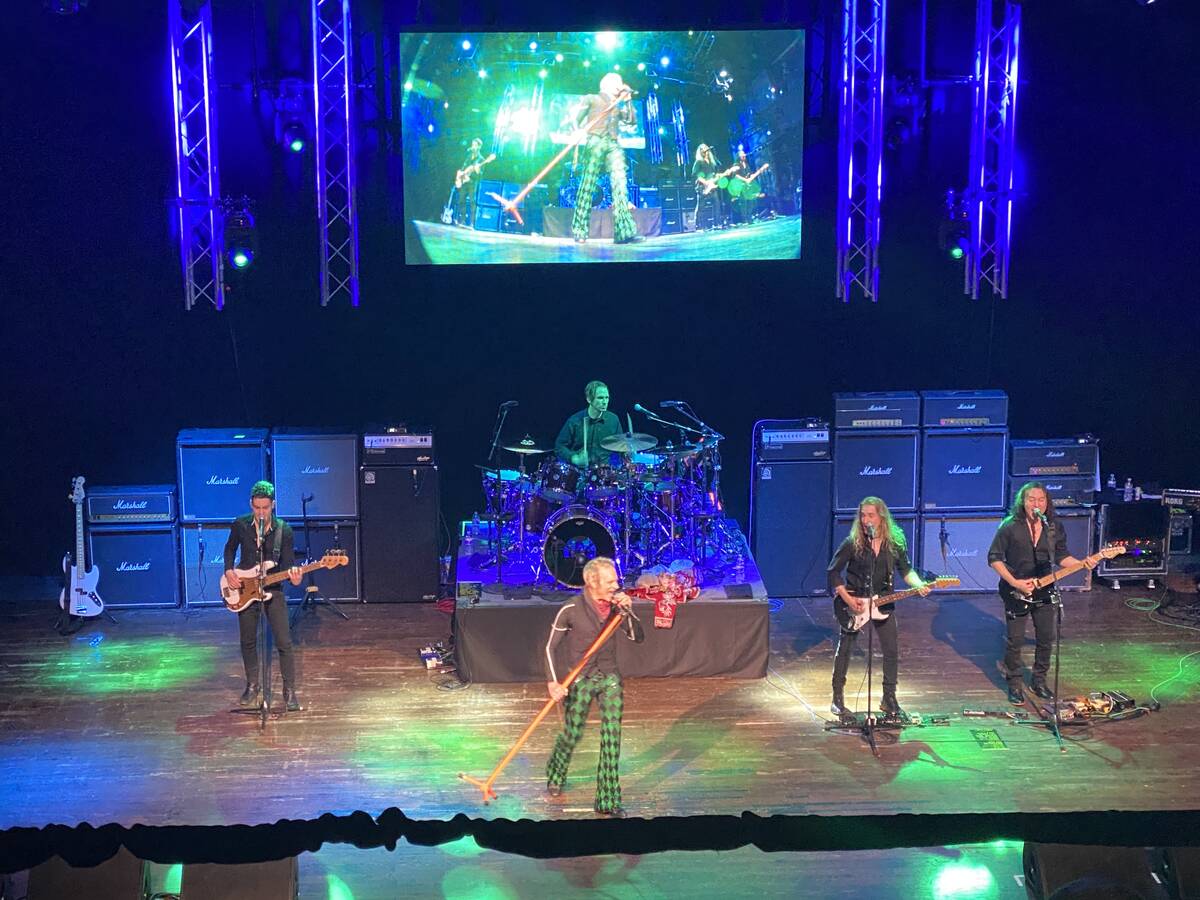 Decades ago, David Lee Roth shouted, “And the cradle will rock.”

“I am throwing in the shoes. I’m retiring,” Roth said in a phone conversation that was more a spoken-word performance than interview. “This is the first, and only, official announcement. … You’ve got the news. Share it with the world.”

With that, Diamond Dave announced he is ending the Van Halen era and his own stage career with his five shows at House of Blues at Mandalay Bay on New Year’s Eve, New Year’s Day, Jan. 5 and Jan. 7-8.

And tickets are on sale at 10 a.m. Saturday.

Roth started the conversation by saying, “I ask that you bear with me here. Please try not to interrupt. I’m going to close my eyes and take you on a ride.”

Roth then said he had just spoken to Alex Van Halen, his friend for 50 years and co-founder of the legendary rock band Van Halen.

“Al and I have been talking, and I can’t speak for him just yet,” Roth said, “but he knows what I am about to say.” The vocalist added, “We speak to each other constantly, two or three times a day. We laugh like pirates.”

Roth also had mentioned he’d been thinking about “the departure of my beloved classmate recently,” a clear reference to guitar god Eddie Van Halen, who died of throat cancer on Oct. 6. The singer also made an oblique reference to his own mortality, as he turns 67 on Oct. 10.

“I am encouraged and compelled to really come to grips with how short time is, and my time is probably even shorter,” Roth said.

He mentioned Eddie Van Halen being the first member of Van Halen to pass.

“I thought I might have been the first, frankly. I might have thought the Marlboro Man would’ve got me. ‘Hey Ed, objects in the rear-view mirror are probably me,’” Roth allowed. “And my doctors, my handlers, compelled me to really address that every time I go onstage, I endanger that future.”

Nonetheless, Roth plans to lay it out totally in the House of Blues shows.

“I know that when I am in the audience, whether you come out with a ukulele or a marching band, all I ask you give me everything you’ve got to give,” he said. “That’s what I did for the last 50 years.”

Roth recalled Van Halen’s lean early years, which covered the first 5½ years of the band’s fabled history starting in 1972. The young musicians made $120 per night, spending most of that money on gas but splurging occasoinally at a local diner. They were once approached by a police officer while eating at Denny’s in Pasadena, California.

“It was the Saturday Night Supper Club, we’d get there at 3 in the morning, and order everything on the menu, all three three banana splits, the Grand Slam Breakfasts with the bacon, and the ones with the sausage,” Roth said, his voice rising. “We pulled two tables together … This cop came walking in — this was Cop Town — and asked, ‘Who are you all?’ I said, ‘Sir, we’re a rock ‘n’ roll band!’ He said, ‘Do you have enough money to pay for all this?’ And we all pulled our $125 green, crisp, sweat-through-your-(expletive)-shoes, money.”

Roth said he remembered those days “like they were yesterday” and had run through that very story with Alex Van Halen on Friday.

“I just found some pants upstairs. I save some of the old clothes,” Roth said. “I was a size 29. Eddie was size 26. That’s my beginnings.”

Van Halen became a force in rock from the band’s self-named debut album in 1978. Roth tapped into the classics from his era with the band during his January 2020 run at House of Blues, rumbling through “Running With the Devil,” “Panama,” “Beautiful Girls,” “Ice Cream Man,” “Everybody Wants Some” and the famous cover of Roy Orbison’s “Pretty Woman.”

Famous for his high-leg kicks, ringmaster persona and affinity for Spandex, Roth was the ideal front man for the band’s arena and stadium shows.

Those performances are now part of rock history.

Van Halen’s original lineup was Roth, the Van Halens, along with bassist Michael Anthony. Sammy Hagar replaced Roth as vocalist, touring and recording with the band from 1985-1996. Roth reunited with the band to present the Best Male Video of the Year Award to Beck at the 1996 MTV Video Music awards, sparking speculation the band was re-forming. Instead, Gary Cherone was enlisted as singer from 1996-2000.

Van Halen was inducted into the Rock and Roll Hall of Fame in 2007. The band has sold more than 80 million albums internationally. Van Halen was a leading arena act and chart-topping band beginning with Roth’s decadelong tenure as lead singer. The band was also a happy success in the early days of MTV, with classic videos for “Hot For Teacher,” “Panama” and “Jump.” Roth’s solo covers of “Just a Gigolo (I Ain’t Got Nobody)” and “California Girls” were also a video hits.

With Roth as front man, the band played MGM Grand Garden Arena in 2012, the same year it released its final studio album, “A Different Kind of Truth.”

Roth says his backing band at House of Blues is the final iteration of Van Halen.

“I’ve got a band that is doing what Al and I used to call a ‘block,’ that means 75 rehearsals for one show,” Roth said. “We are bringing it in classic VH style. Alex and I are the only version, that was his message. There is no other variation. There is no torch being passed. There is no other side to this coin. This is classic, in-your-face Van Halen.”

Roth ended the call without taking a single question. His sendoff:

“I’ve given you all I’ve got to give. It’s been an amazing, great run, no regrets, nothing to say about anybody. I’ll miss you all. Stay frosty.”