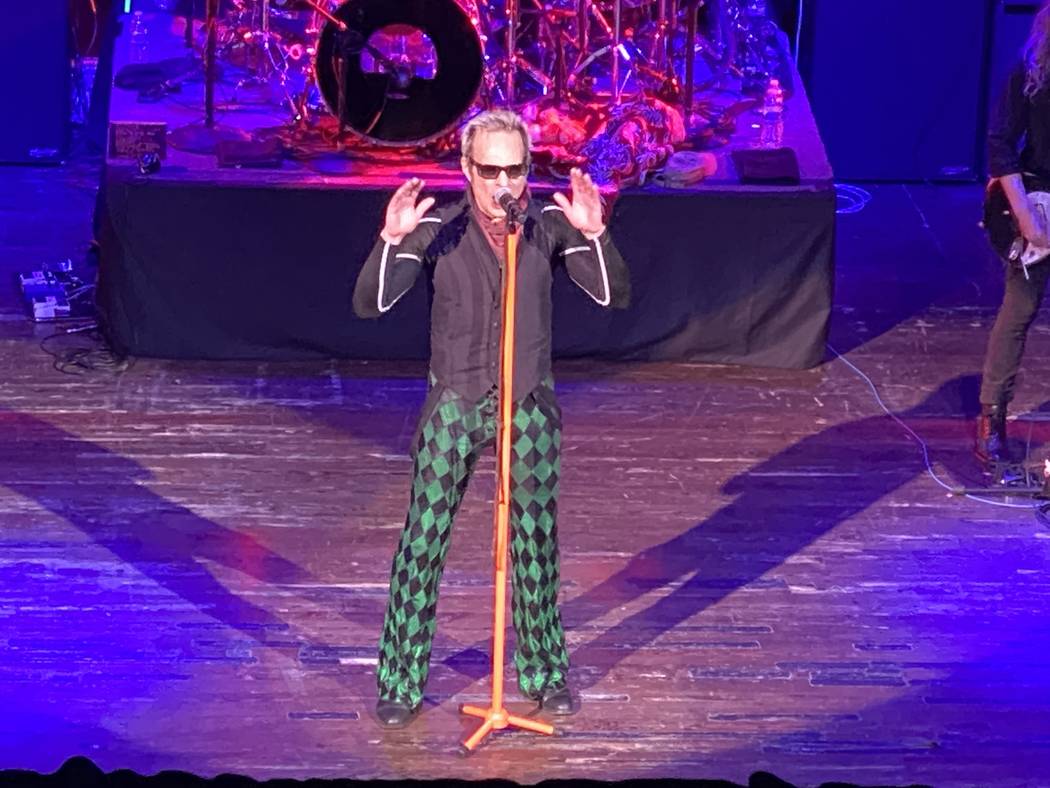 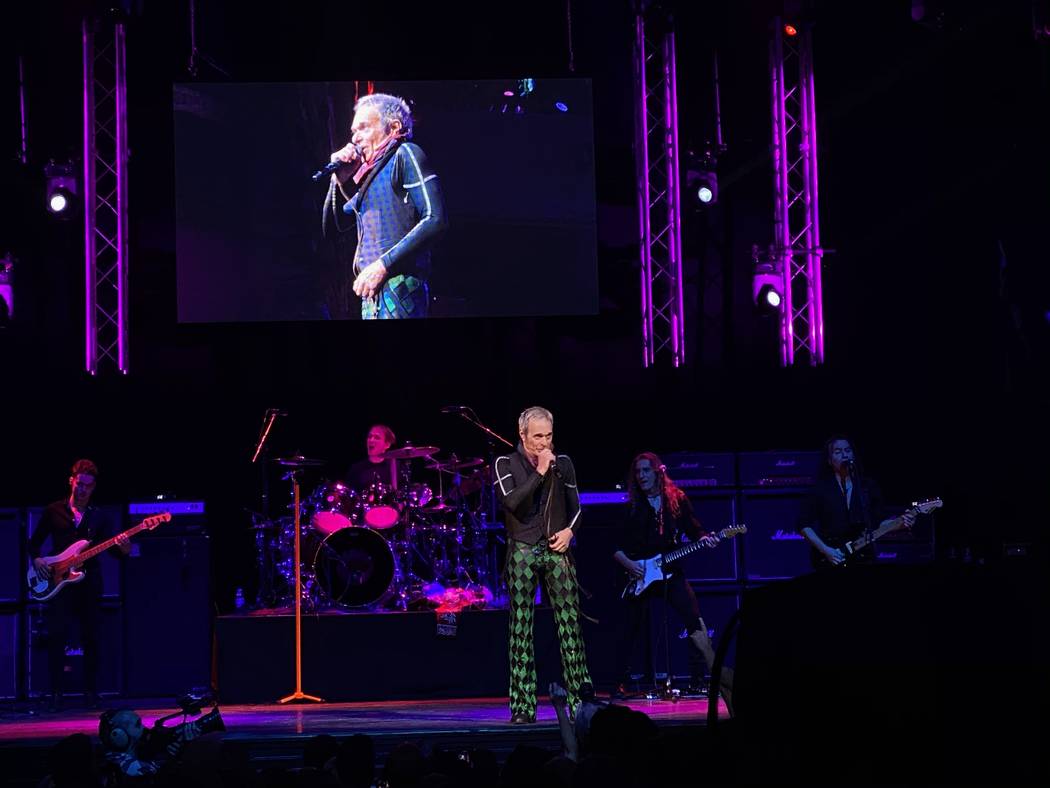 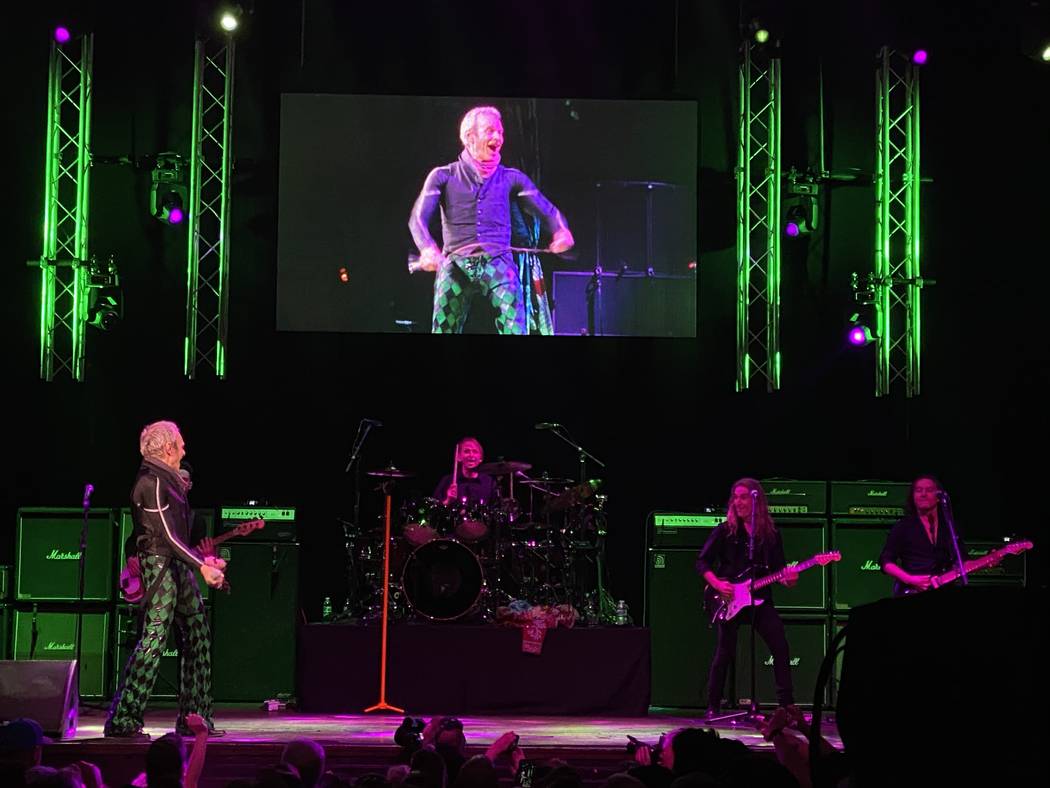 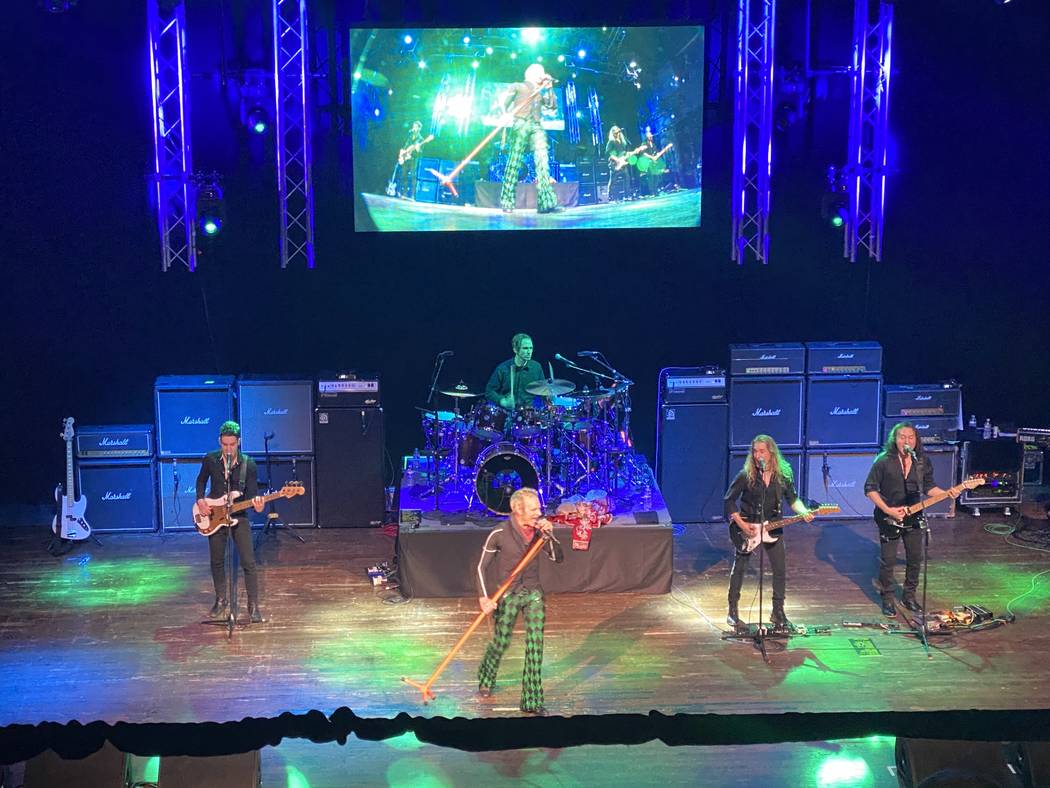 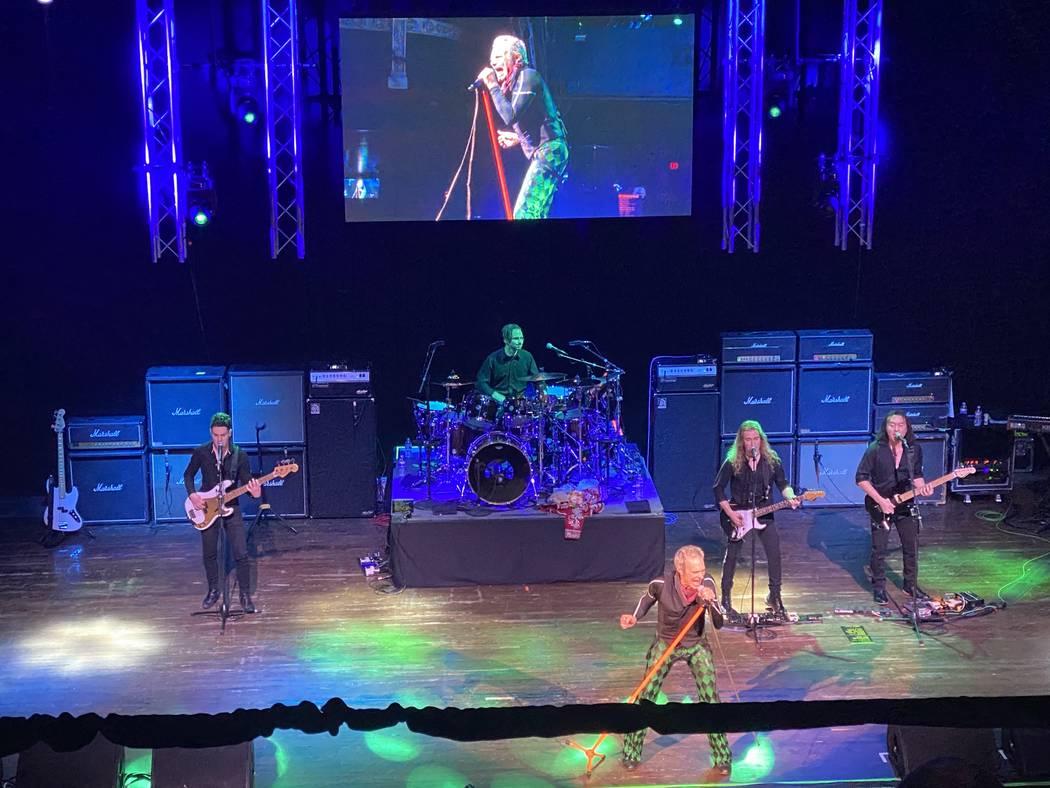 David Lee Roth gets a lot of leash in his House of Blues residency. He’s earned every inch.

Diamond Dave has played his first three shows at Mandalay Bay and boy-howdy, was it a blowout. Roth is set to return for a half-dozen dates in March.

Friday night’s show was the second in the series. The 65-year-old Roth and his powerful backing band tore into most of the Van Halen songs you would care to hear. “Running With the Devil,” “Panama,” “Beautiful Girls” “Ice Cream Man,” “Everybody Wants Some,” and the required cover of Roy Orbison’s “Pretty Woman.”

Sure, “Hot For Teacher” would have been a welcome addition, but no complaints about the editing of the set list. There was no acoustic set from the new album, for instance. We got the rock.

Preening widely like the rock version of Jim Carrey (who needs to play him in the movie) Roth clearly had a great time. He is seems as amazed as anyone that he can sustain a Las Vegas Strip residency where Carlos Santana is usually the lord of the manor.

A born front man, Roth fashioned a glittery pink jacket, skin-tight shirt, vest, and black-and-green diamond pants hinting at his “Diamond” nickname. Roth has favored such snug attire for decades. But the Elvis wig he wears for about nine seconds of “Unchained” is a new touch.

Diamond Dave handed it to a fan near the front of the stage. He could have gotten more mileage out of theater prop, and sang a segment of “Burning Love,” given that he was excited to open the series Jan. 8, Elvis’s 85th birthday.

Whatever, the crowd was up and singing along. To be in the same cozy music hall as Roth is a delight, really. He is a born showman, and would have assumed that role in any era. As Roth struts through “Just a Gigolo” and you can’t help but smile. Nor can he.

Roth can still do the leg kick. Well, he can do it once. No jumping, though, not even in the show-closing “Jump.”

Roth can do it all, except sing as he did in his vocal prime. This is no revelation. Roth’s voice was never what set him apart. It didn’t need to be. He was the assigned ringleader of the Van Halen party-rock phenomenon. Some 40 years after Van Halen hit it big, his vocal approach is akin to a golfer who’s all over the course. You sort of hope he saves par.

Those who have seen the videos spilling from House of Blues, especially his attack of “Unchained,” have noted this immediately. His band saves such moments with its muscular performance, but Roth’s vocals are frequently washed out.

But as someone far wiser than I once remarked, if you expect someone in his mid-60s can sing as well as he did in his mid-20s, go to Disney.

This show could use some Vegas-style production, honestly, something beyond an Elvis wig you can buy on Fremont Street. Roth has scaled back his investment in this show. The staging is sparse. The LED shows only the live performance, where it would be wild fun to see some vintage Van Halen clips from Dave’s big-hair era.

Roth instead goes for the stripped-down show. He swaps out his jackets and vests onstage, even while his band is playing. It would have been fun to see a coat rack or wardrobe closet onstage, some place for the star to hang during these moments. Set up some mid-show, Diamond Dave outfit reveals, like a guy version of what Cher does at Park MGM.

More telling, and we’re serious about this issue, Roth dismissed a pair of massively talented backing vocalists just before the House of Blues run opened. Tyriq Johnson of Santa Fe & The Fat City Horns and the Earth Wind & Fire tribute act Serpentine Fire; and Bruce Williams, late of The Temptations, auditioned and were hired, only to be lopped just before Roth opened.

Cutting two of Las Vegas’ favorite vocalists doesn not go unnoticed in these parts. This development came to light publicly Saturday night, as the two were special guests in the Lon Bronson Band show at Myron’s Cabaret Jazz at the Smith Center.

Bronson, celebrating his band’ s 30th anniversary this year, mentioned that the two singers were originally in Diamond Dave’s show, but were let go.

“That’s straight up, looney-tunes crazy!” Bronson called out as the crowd, full of locals, laughed. “And, his voice sucks. So he goes on that list.”

Those who know Bronson know he is fast to cover the backs of his fellow artists. His onstage comments are nothing new, taken as a piece of comedy in Las Vegas’s entertainment carnival. But David Lee Roth remains blithe to it all. He can just smile, and dance the night away.