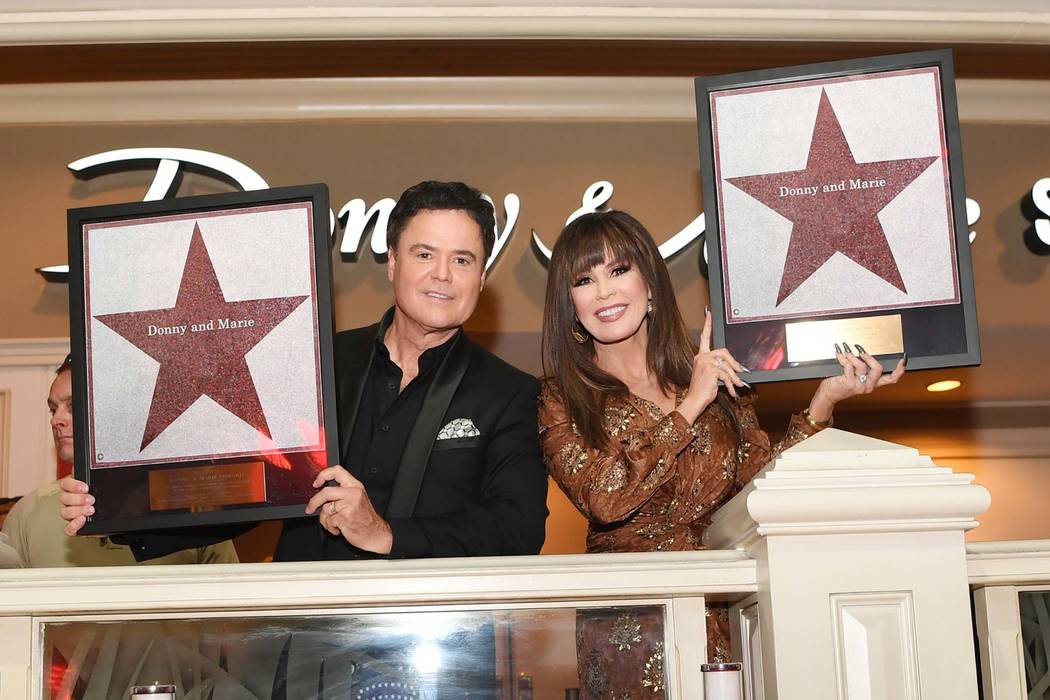 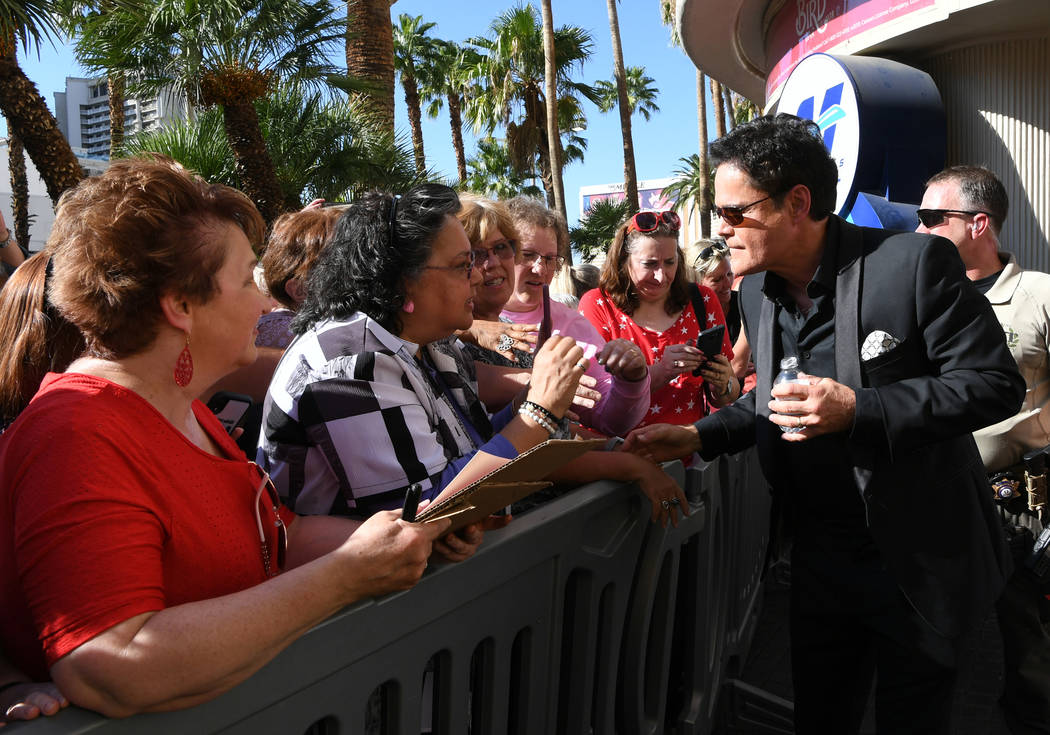 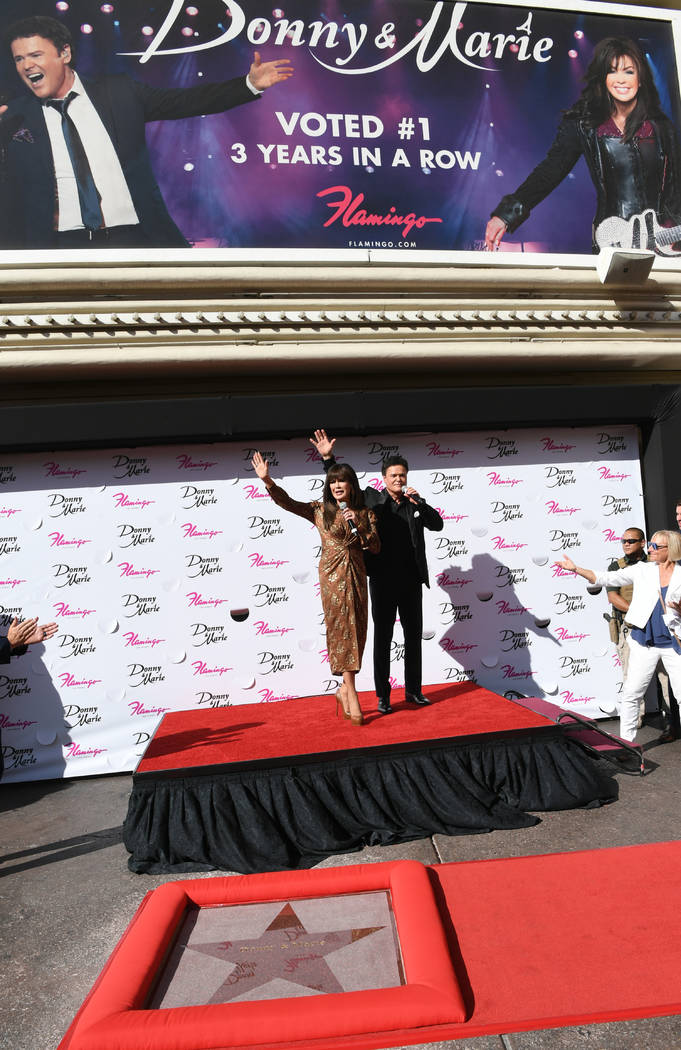 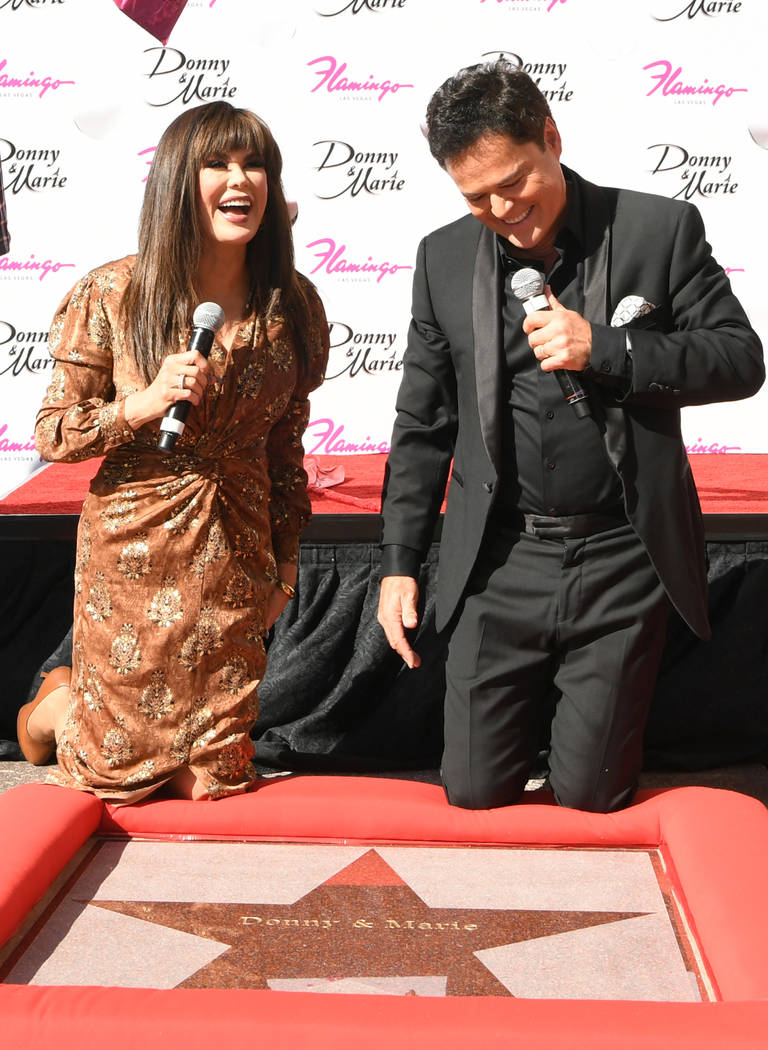 I must come clean here, until a few days ago, I had thought Donny and Marie Osmond had been awarded by the Las Vegas Walk of Stars long ago. Not so. It happened Friday at Flamingo Las Vegas. The star sits at the hotel’s Strip entrance between the Flamingo and The Cromwell.

“We have a key to the Strip, we have a star on the Las Vegas Walk of Stars,” Donny said during the ceremony. “I’m running for mayor next!”

“Then I’ll run for president!” Marie added, keeping in the star siblings’ competitive spirit, a hallmark of their careers and chief source of their onstage shtick.

The Donny & Marie show closes out Nov. 16 after an 11-year run. That’s more than 1,700 shows in a series originally booked for six weeks. The duo are leaving even as their box-office appeal remains strong, and Caesars Entertainment reportedly offered a four-year extension to continue. No dice.

Donny is still working on his new album, with no date for release, saying recently, “I’m not giving myself a deadline. When it’s ready, it’s ready.” He played versions of a couple of new songs and it sounds very cool, very club-vibe, a clear departure from “Puppy Love” and the Osmonds’ pop hits.

Marie is now co-hosting “The Talk,” often taking the lead in the collective discussion on the CBS daytime talk show. She has been reviewing options for venues in Las Vegas in 2020, with nothing signed, and will continue to tour next year.

When D&M close in November, it will likely mark the final family performance of the original set of Osmonds, ever. Only solo projects from 2020 and beyond.