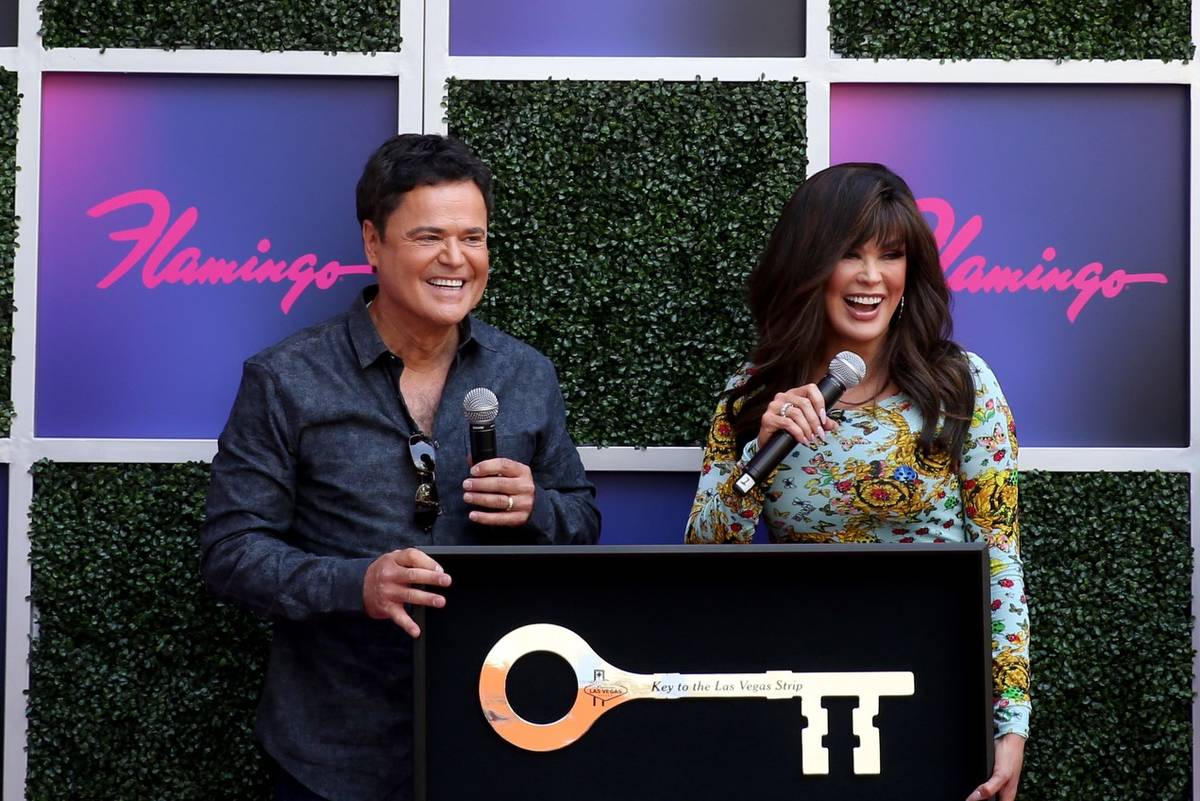 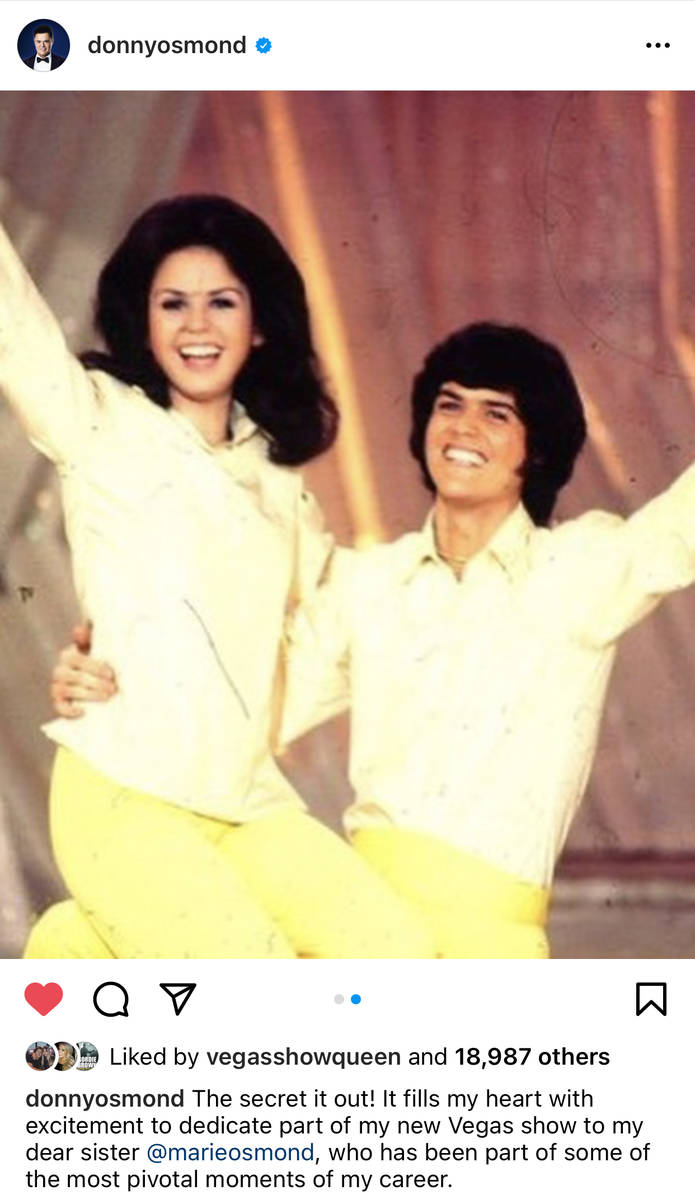 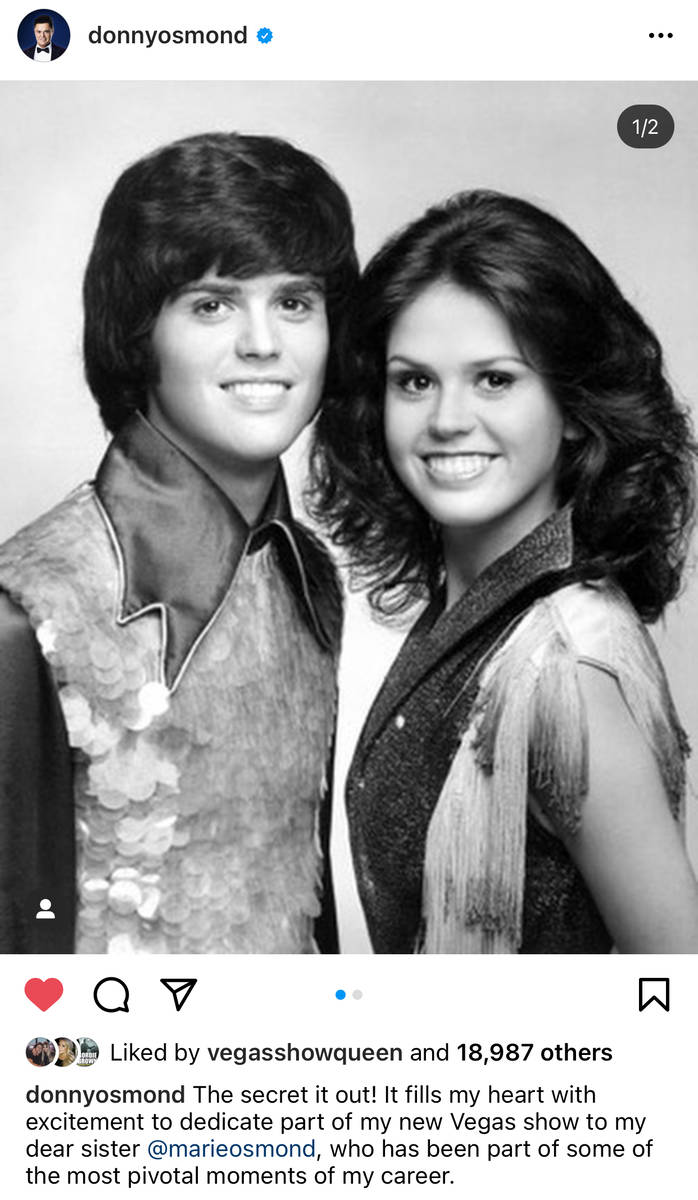 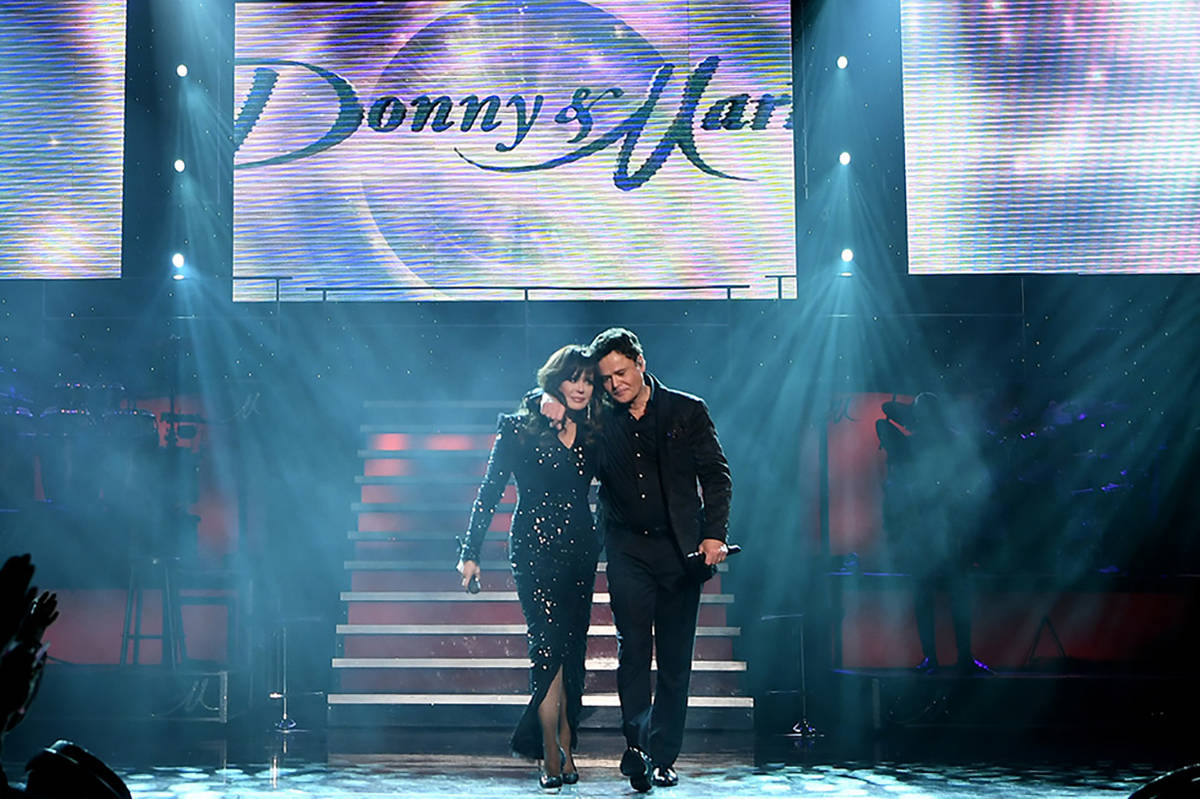 Donny & Marie Osmond are seen during their final performance at Flamingo Las Vegas on November 16, 2019, in Las Vegas. (Photo by Denise Truscello/WireImage) 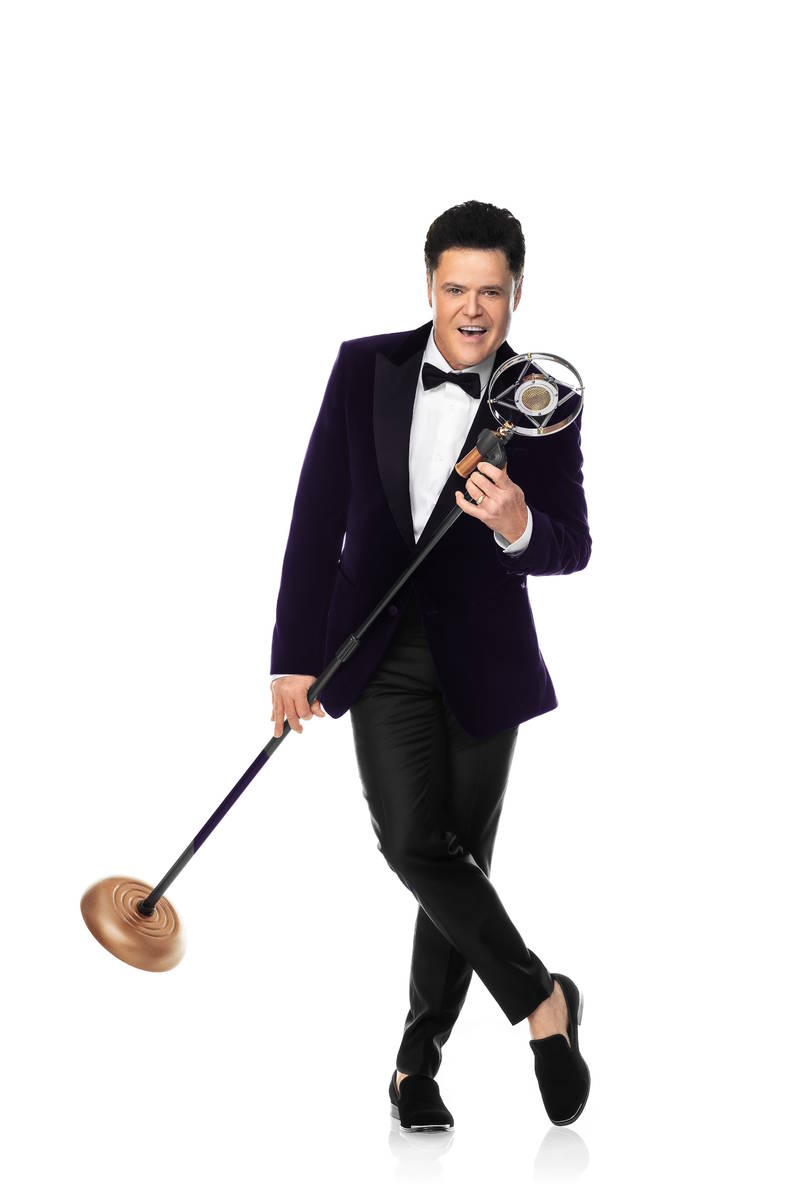 The “Donny & Marie” show is behind us, but Donny and Marie Osmond are still linked even without the title’s ampersand.

Donny is planning to honor his sister, and frequent co-star, in his upcoming “Donny” production at Harrah’s Showroom. The veteran performer, recording and TV star posted his plans to honor Marie in a segment of his solo show, which opens Aug. 31.

“The secret is out!” Donny posted on his Instagram page, which is one-stop shopping for all information about his stage show. “It fills my heart with excitement to dedicate part of my new Vegas show to my dear sister @marieosmond, who has been part of some of the most pivotal moments of my career.”

Marie is coming off a sold-out return to the stage at Tuacahn Amphitheatre in Ivins, Utah. She appeared with the Southwest Symphony Orchestra, with guest star Daniel Emmet (“The Cocktail Cabaret” and an “America’s Got Talent” finalist).

The new member of the Osmond clan is actually named for Marie, herself named for Osmond family matriarch, Olive May Osmond. Marie’s birth-name is Olive Marie Osmond. We did not know this.

So all this time it was actually Donny & Olive. Too late to change the title now.