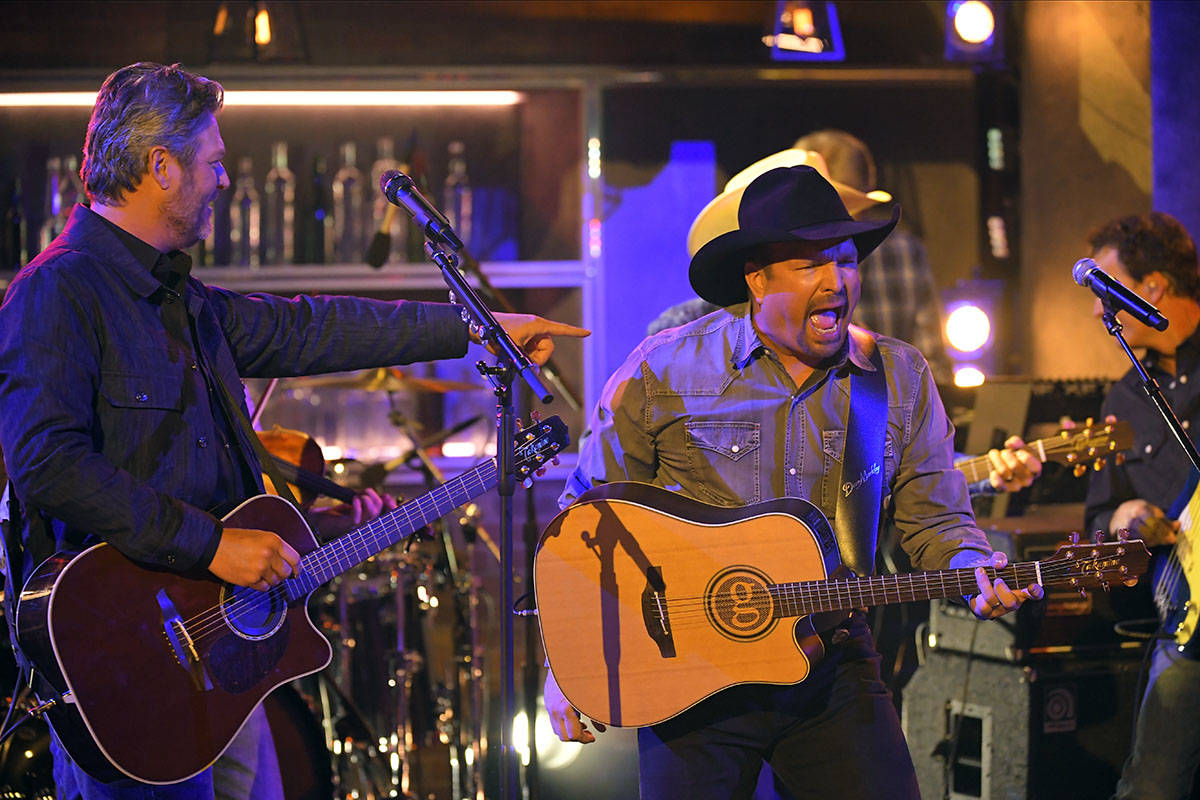 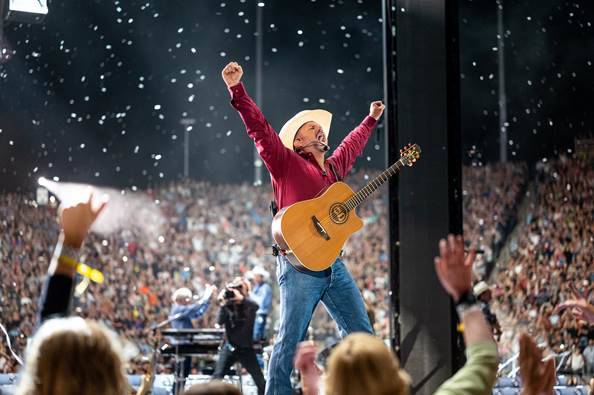 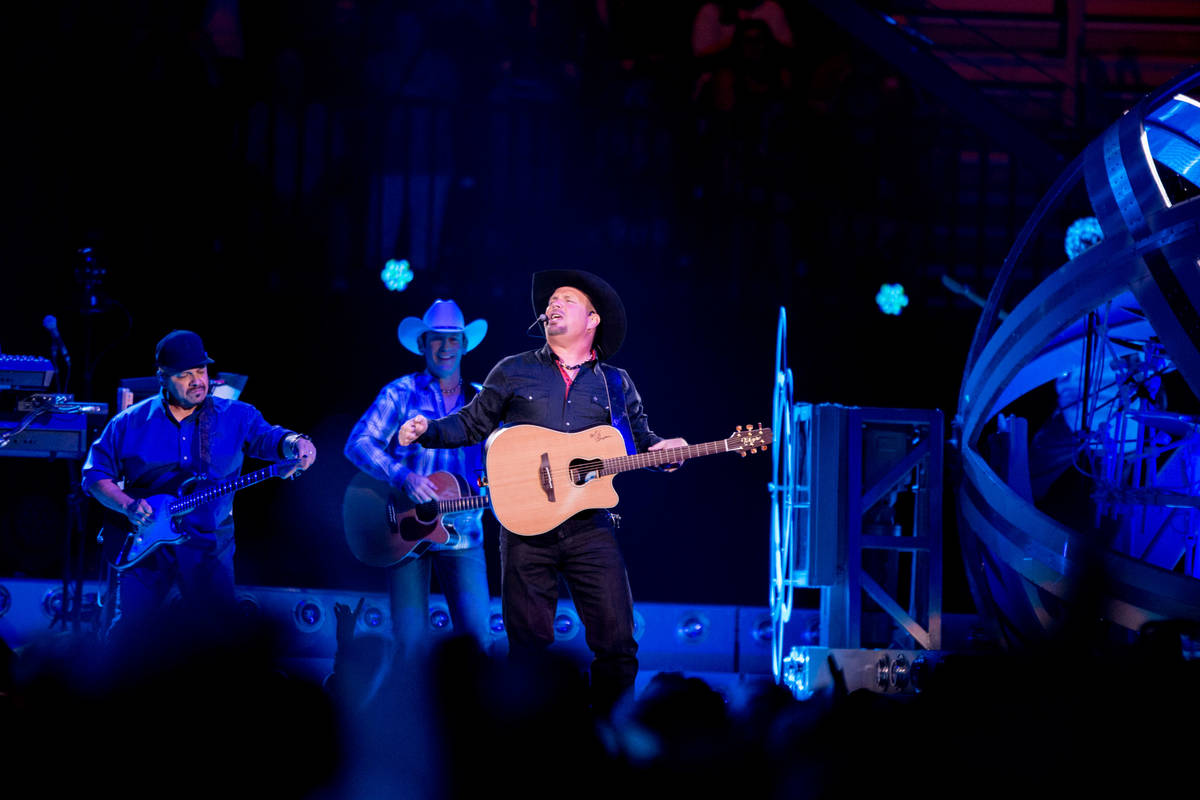 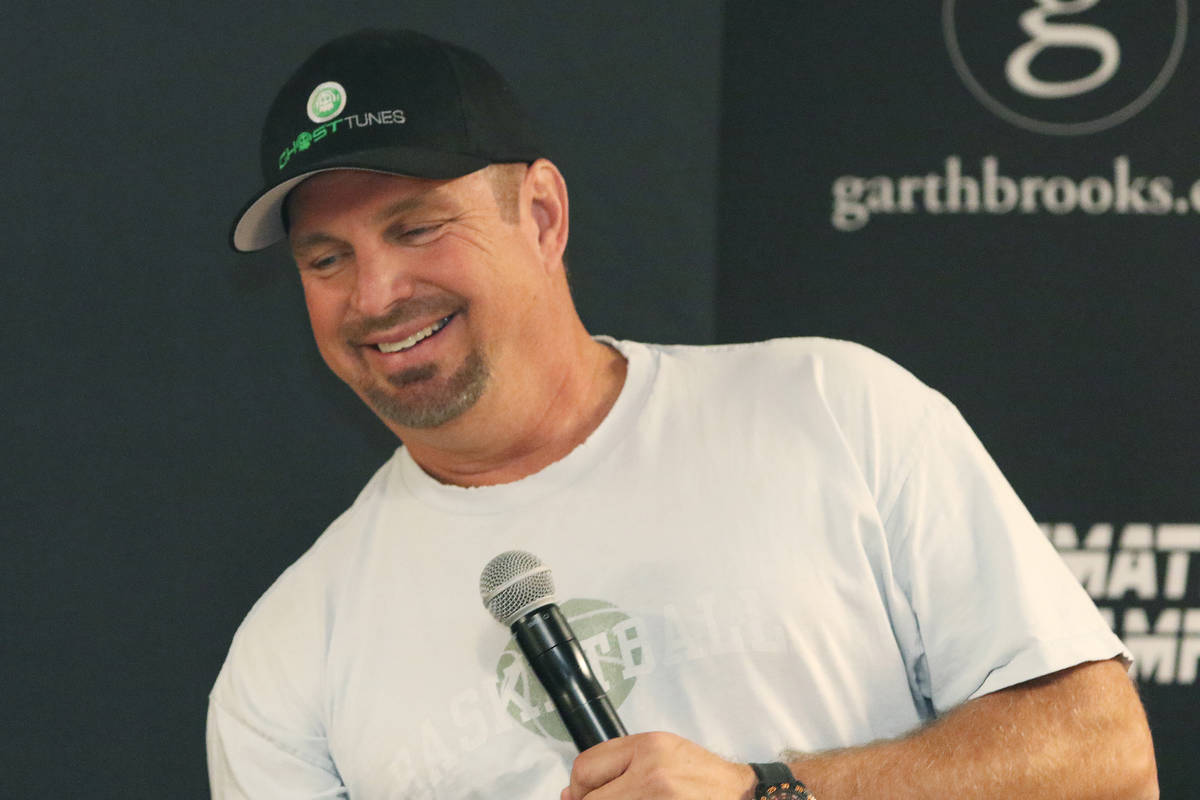 Garth Brooks won’t be the lid-lifter at Allegiant Stadium after all. The country superstar has moved his Aug. 22 date at the stadium back to Feb. 27.

Brooks made the announcement Wednesday morning, prior to a virtual news conference on his Facebook Live page in his latest Studio G appearance. His original date sold 65,000 tickets in 75 minutes in March. It was to be the opening event at Allegiant Stadium.

“When people go, ‘What’s the first show that was ever in the stadium?’ You want them to go, ‘Garth Brooks,’ ” Brooks said in the virtual news conference, responding to Wayne “Big D” Danielson, the former Golden Knights arena announcer, country music personality and recent Nashville, Tennessee transplant. “Now the first show is going to be someone else, because the scheduling now gets kicked back.”

Nonetheless, a grinning Brooks said, “That’s an ego thing, but I’ll always remind people that we were the first, whether we are or aren’t … They’re not going to take that away from me.”

Even 20 years from now, Brooks said, “You’re going in there wanting to be the best show that’s been in that stadium. That’s what we’ll do, and that’s what other artists are doing. They’re bringing their A game and they’re trying to blow that stadium apart. If you’re first, if you’re ninth or you’re 20th, you want to be the best show in that stadium. That’s the consolation we’ll take in there, and remember — you’re getting to play in a freakin’ stadium, in Vegas.”

Of the new, nearly completed Allegiant Stadium, Brooks said, “It’s going to be the coolest gig on the planet. Anybody who has seen that stadium, either from the air or from the road, that may be one of the coolest-looking structures in this country … When you pass it, you go, ‘Oooh, I want to play that thing.’ ”

Brooks said he was forced to cancel four sold-out shows in 2020. He is not certain when he will resume performances.

“June 1 was the magic date, and now it seems to be Jan. 1,” he said in his Facebook Live appearance from his studio in Nashville. “If the green flag does drop, we’ll be twice as busy as 2020. We’ll be ready, but I don’t see anybody doing anything this year.”

The country superstar added, “We will be back. When things are at their worst, people turn to entertainers to get through it.”

Brooks said he planned to return to touring in 2021-22, but added, “I think stadium concerts will be the very last thing that’s allowed, and we have to do it to keep everyone safe.”

He was encouraged that many shows are sold out far in advance.

“We’re lucky in Charlotte, Cincinnati and Vegas to have sellouts waiting for us,” Brooks said.

According to a news release, all tickets to Brooks’ postponed concert will be honored. Ticketholders can seek refunds, following Ticketmaster’s policy for rescheduled shows.

Brooks said, “The most important thing going on right now, in this country, is the pandemic and coming together as a nation.”