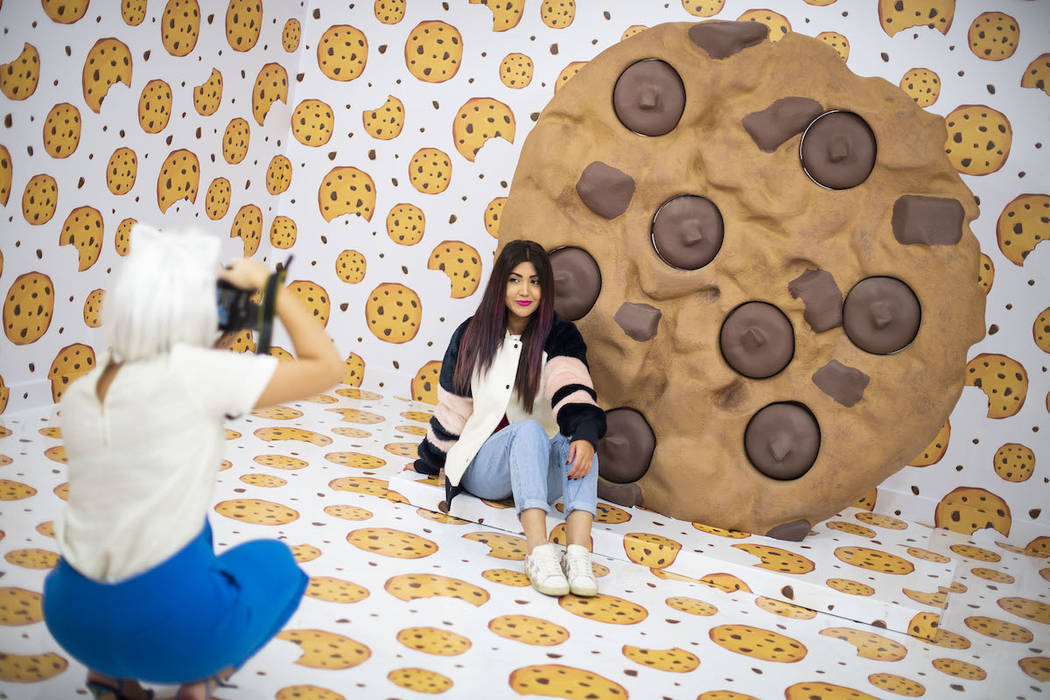 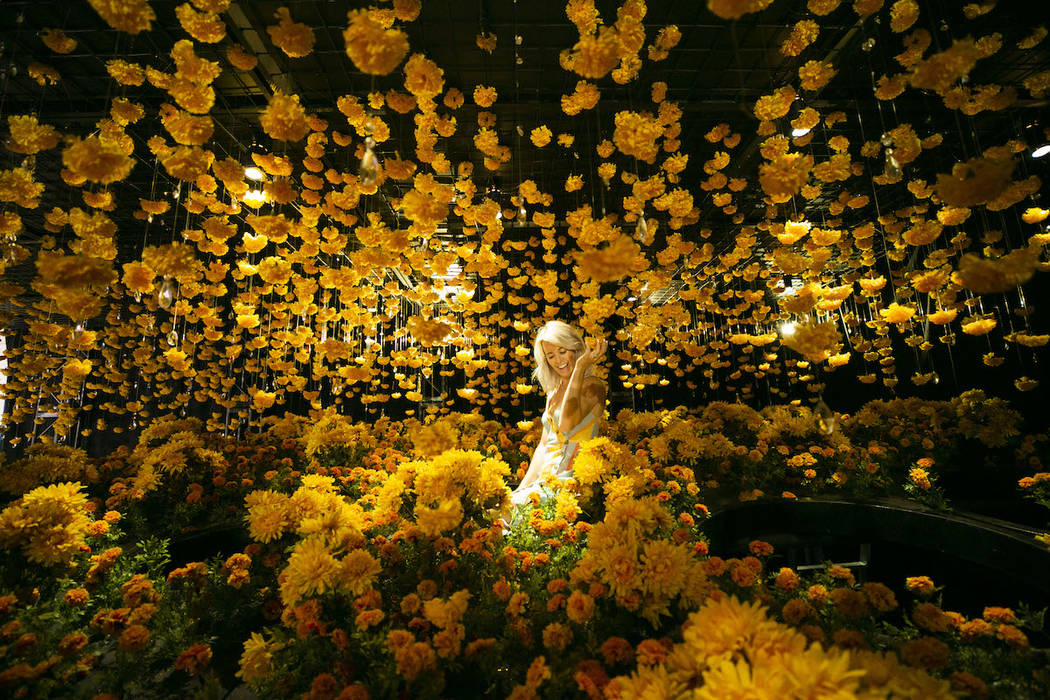 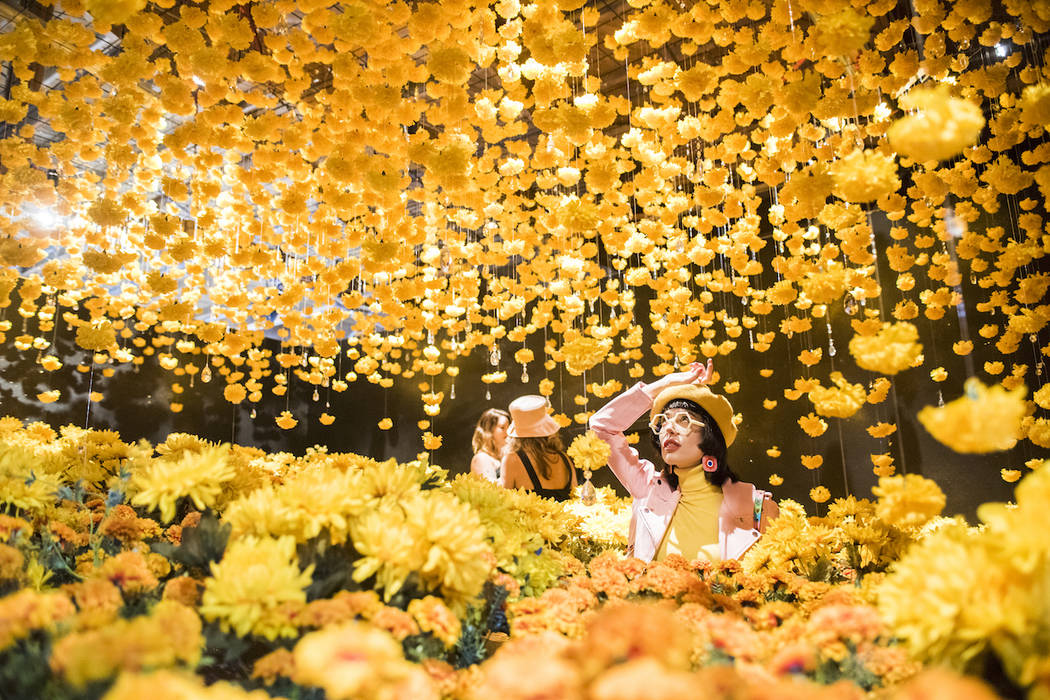 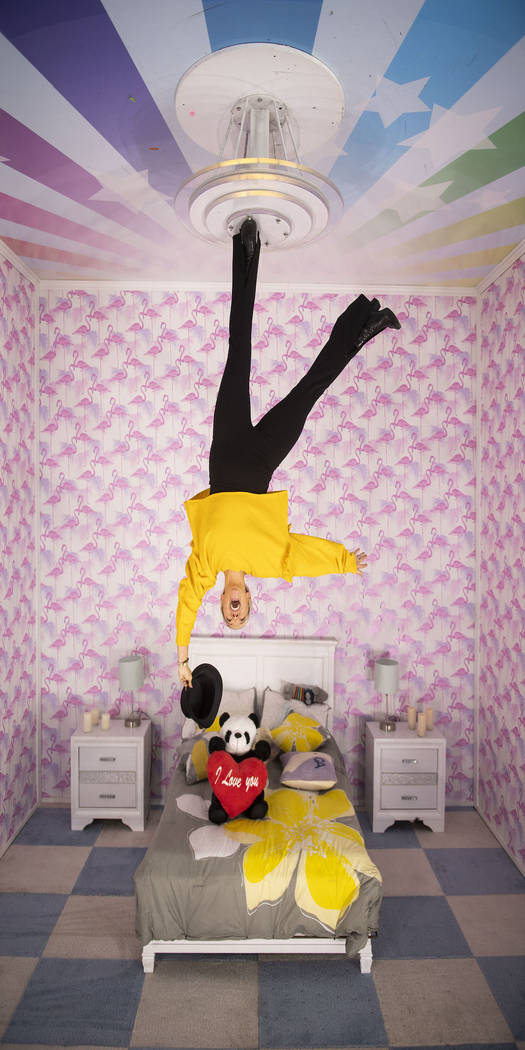 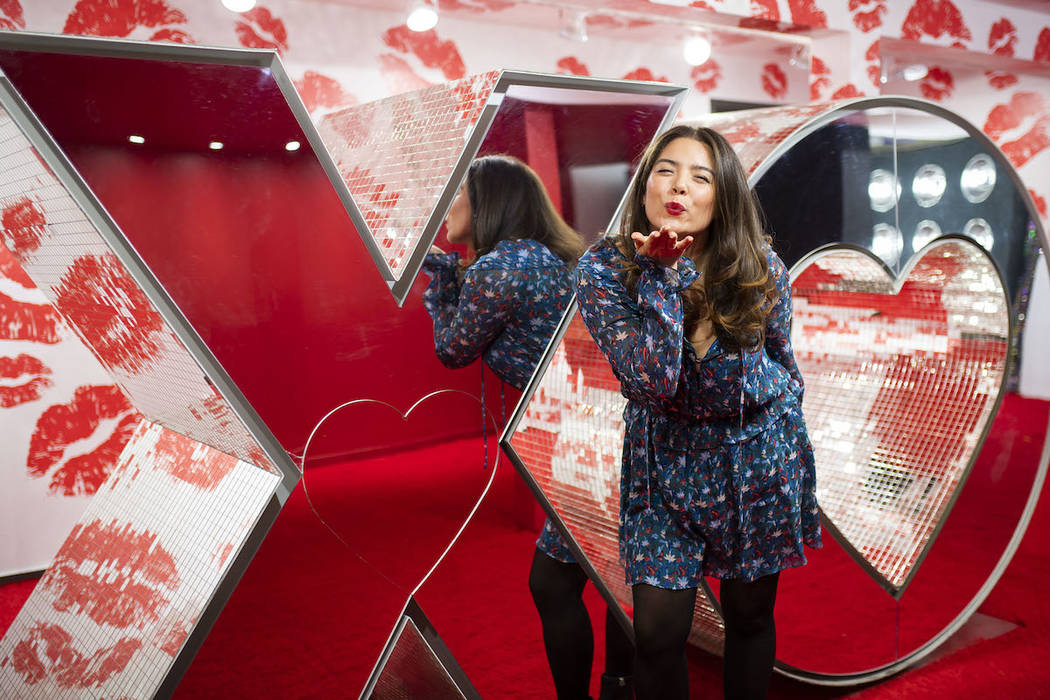 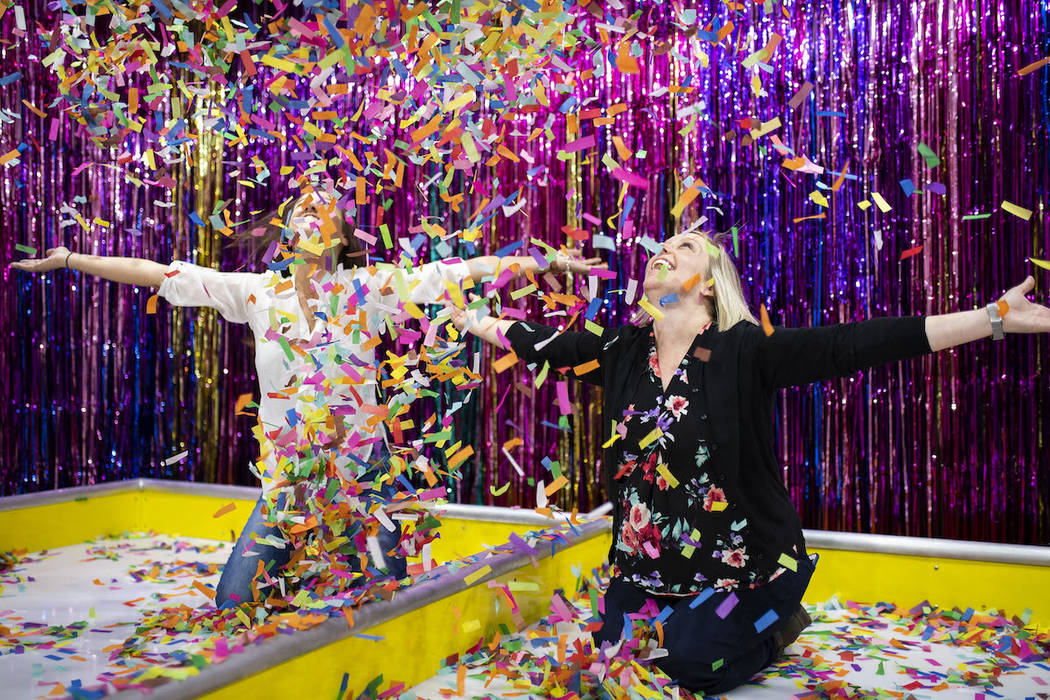 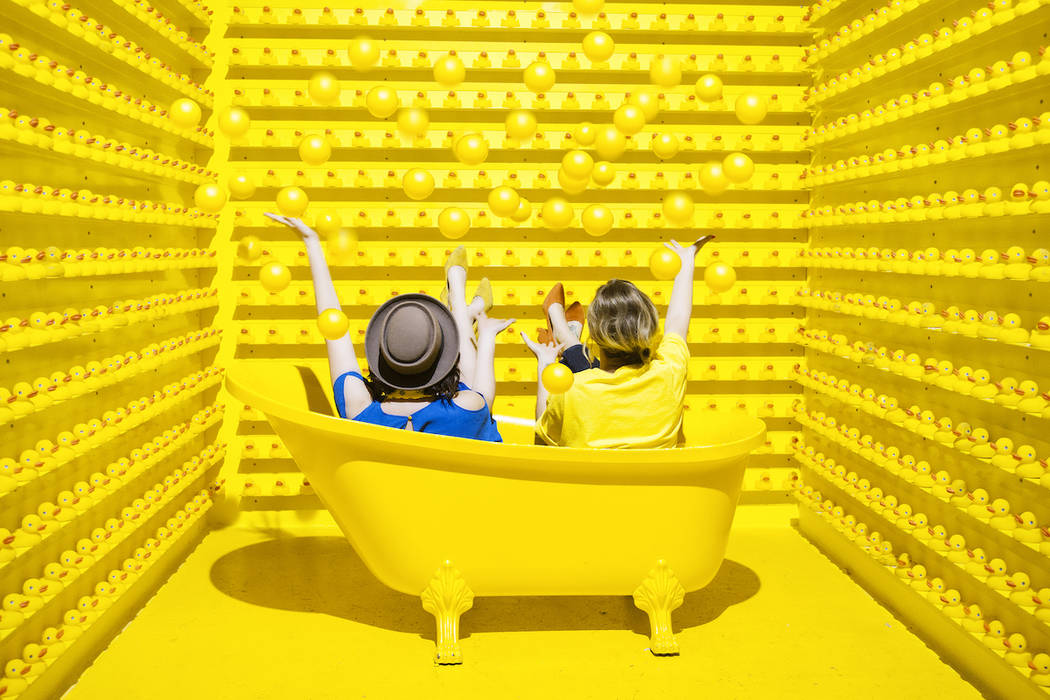 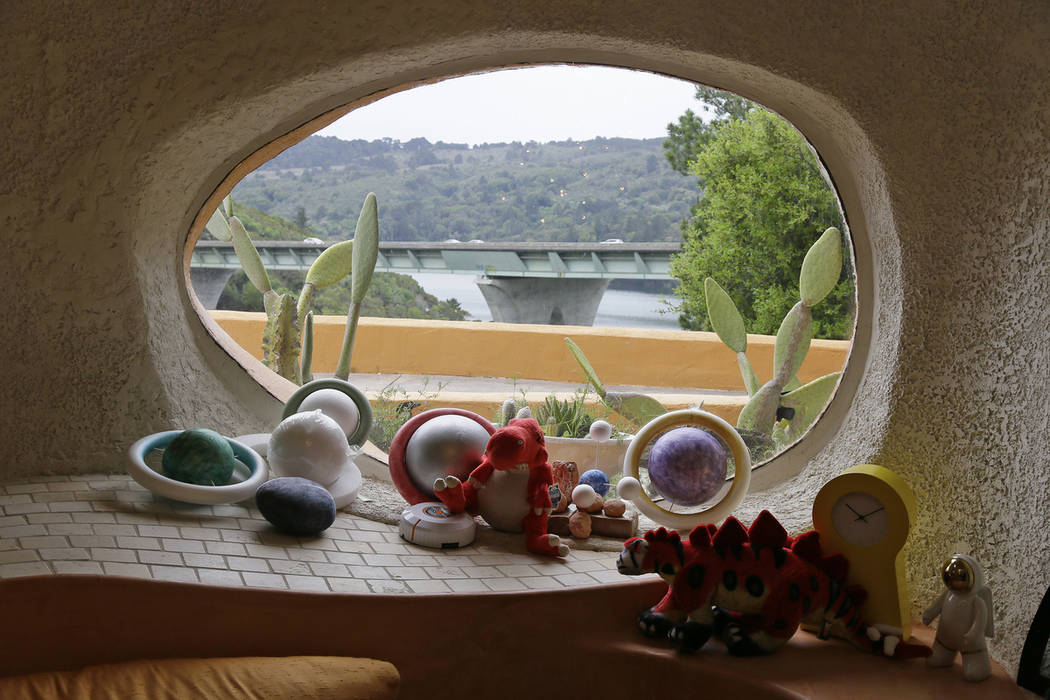 In this photo taken Monday, April 1, 2019, a window in a sunken room called "The Happy Place," looks out on Interstate 280 from inside the Flintstone House in Hillsborough, Calif. The latest battle in the war between government rules and property rights is playing out in the posh San Francisco suburb, where a retired publishing mogul has installed an elaborate homage to "The Flintstones" family. (AP Photo/Eric Risberg) 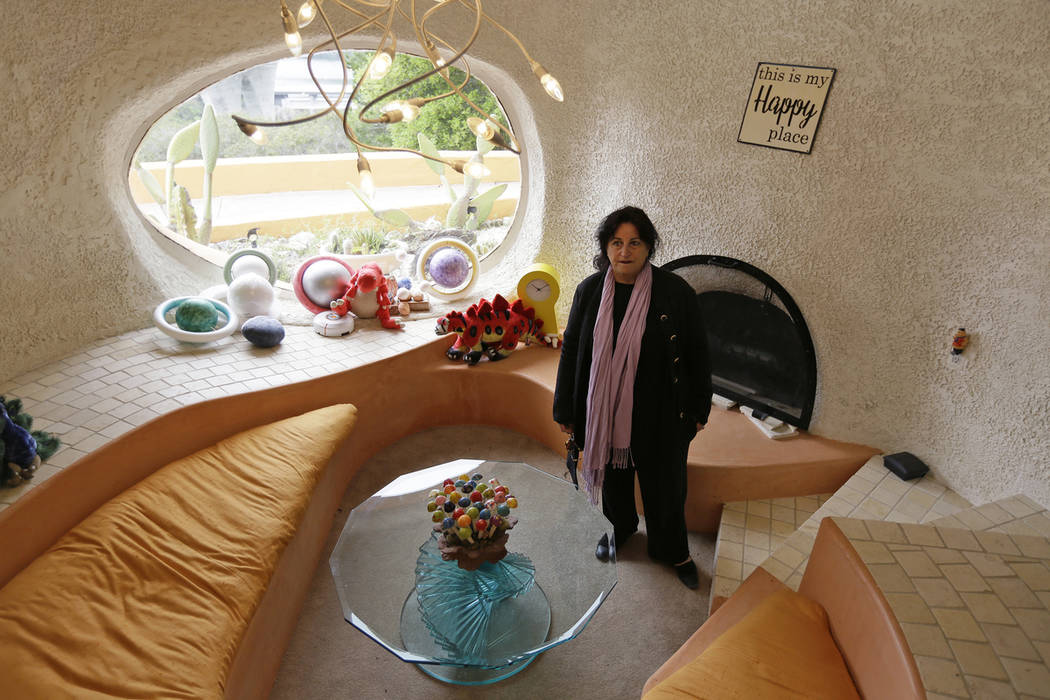 In this photo taken Monday, April 1, 2019, attorney Angela Alioto looks over a sunken room called "The Happy Place," inside the Flintstone House in Hillsborough, Calif. The San Francisco Bay Area suburb of Hillsborough is suing the owner of the house, saying that she installed dangerous steps, dinosaurs and other Flintstone-era figurines without necessary permits. (AP Photo/Eric Risberg) 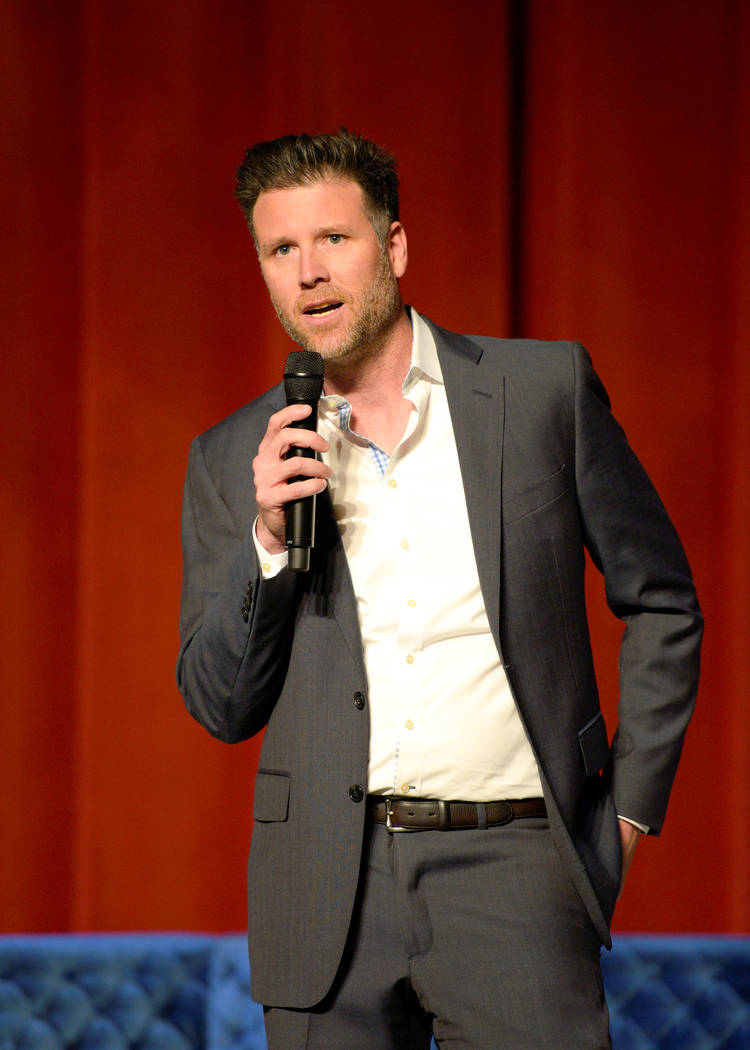 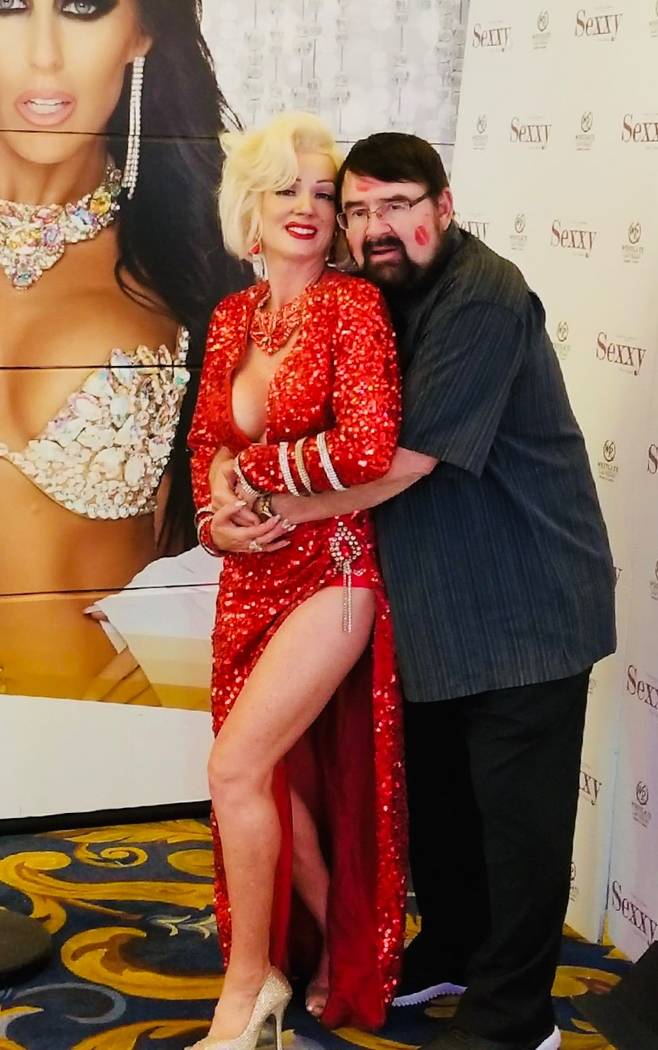 It’s a far distance from the world’s largest confetti dome to “Rhythm Nation.” But one company bridges that gap: Live Nation.

Happy Place is in line with the current mini-trend of Vegas entertainment experiences not easily described. “When you see it, you get it,” is the common explanation. We’ve seen this with Area15 during a walk-through of the entertainment fortress just last week, and also with the under-development Kind Heaven at Linq Promenade when it was announced a year ago.

Downtown, the Cannabition Cannabis Museum at Neonopolis has also pushed the idea that you can meander through the exhibits while posing and posting to your endless delight.

These destinations offer different concepts at different scales, naturally. But the goal is to titillate customers who want to simply roam around and incidentally come upon the next cool thing.

“The idea is you’ll be exploring these various rooms that will provide very Instagram-able moments,” Live Nation president Kurt Melien said in an interview last week. “It’s visually appealing if you are there in person, but also very appealing in photographs. It’s an attraction for folks who are not necessarily gambling all day and want to explore different activities.

“It’s like pop music for the eyeballs, and a different endeavor for us.”

Happy Place has drawn droves (750,000 being the sum of many droves) to its traveling circus of installations in Chicago, Boston and L.A. The logo is sunshine yellow-orange, the installations similarly colored brightly and loaded with novelty props. The company promises such elements as stilettos standing 7 feet tall, mirrored X & O letters enveloped by one thousand red lips, a rubber ducky bathtub of fun (someone summon David O’Mer of “Absinthe” for this) and — as noted — the world’s largest confetti dome.

From the company: Expect “larger-than-life installations,” “multisensory themed rooms,” and “unmissable selfie moments.” The idea was founded by Jared Paul, producer of “Dancing With the Stars” and “Glee” touring shows.

Happy Place seems to promote childlike emotions, but one of the grown-ups who booked the place says it has wide appeal.

“It’s been a monster hit commercially in big cities, for all ages,” Melien said. “But it is targeting the Millennial, in the same way we targeted the crowd for Gwen Stefani or Britney Spears.”

You might not be carrying away a “thing,” in the traditional sense. But the memories will live on in memory, and in a smart phone.

“People are looking for interesting ways to spend their days and this is a good pilgrimage,” Melien said. “It’s for someone who likes to spend their money on an experience, instead of a product.”

A few Vegas headliners were involved in Friday’s announcement that Woodstock 50 is moving to Merriweather Post Pavilion in Columbia, Maryland, and releasing all artists from their original contracts to perform at Watkins Glen, N.Y.

Recurring Encore Theater at Wynn Las Vegas headliner John Fogerty (who returns Nov. 6-16) has announced he is out. Fogerty fronted Creedence Clearwater Revival in an infamous early morning performance, was one of the few original Woodstock headliners to agree to return to the anniversary festival.

Carlos Santana, another Woodstock original, has not yet announced his plans, but I (for one) would be surprised if he took part in the event in Maryland after committing to the other Woodstock anniversary site at Bethel Woods, New York — where the first Woodstock actually took place.

Santana is joining the Doobie Brothers in that event, which also features Ringo Starr & His All-Starr Band.

The Killers, booked as headliners for Woodstock 50, have also at this writing not made an announcement about their plans for the Maryland show.

Romas, whose show is a family venture (her mom, Judi, has missed five shows in those five years), also turned in a memorable performance last Saturday. She recruited Marilyn Monroe tribute artist Stacey Nicole Weir, who has played the role in versions of “The Rat Pack Pack is Back,” to surprise Romas’ dad, John, on his 72nd birthday.

Weir-as-Monroe sang the legendary version of “Happy Birthday to You” to Mr. Romas, onstage. The celebrant walked away with red-lipstick, and a smile, across his face.

Phoenix, the long-running and thundering Vegas classic-rock cover band, is at Rhythm & Riffs at Mandalay Bay at 10:30 p.m. Saturday and Thursday. These guys play your favorite Maxell mixed tape from, say, 1988. Check out the song list on thr band’s website. The cover charge is “free,” and it’s me.