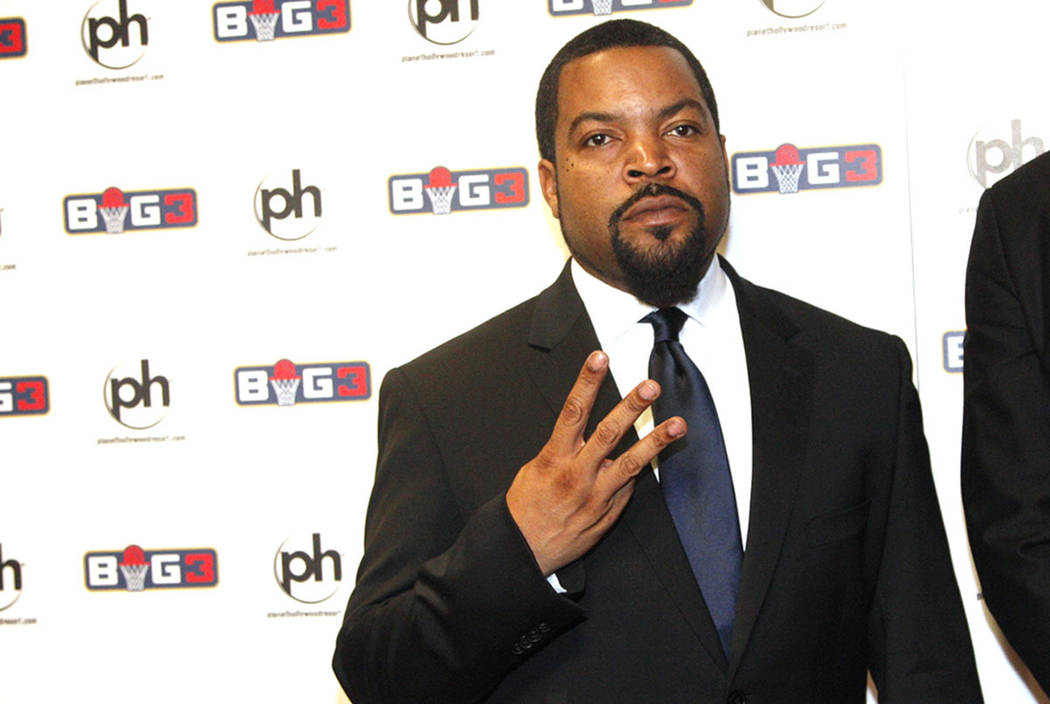 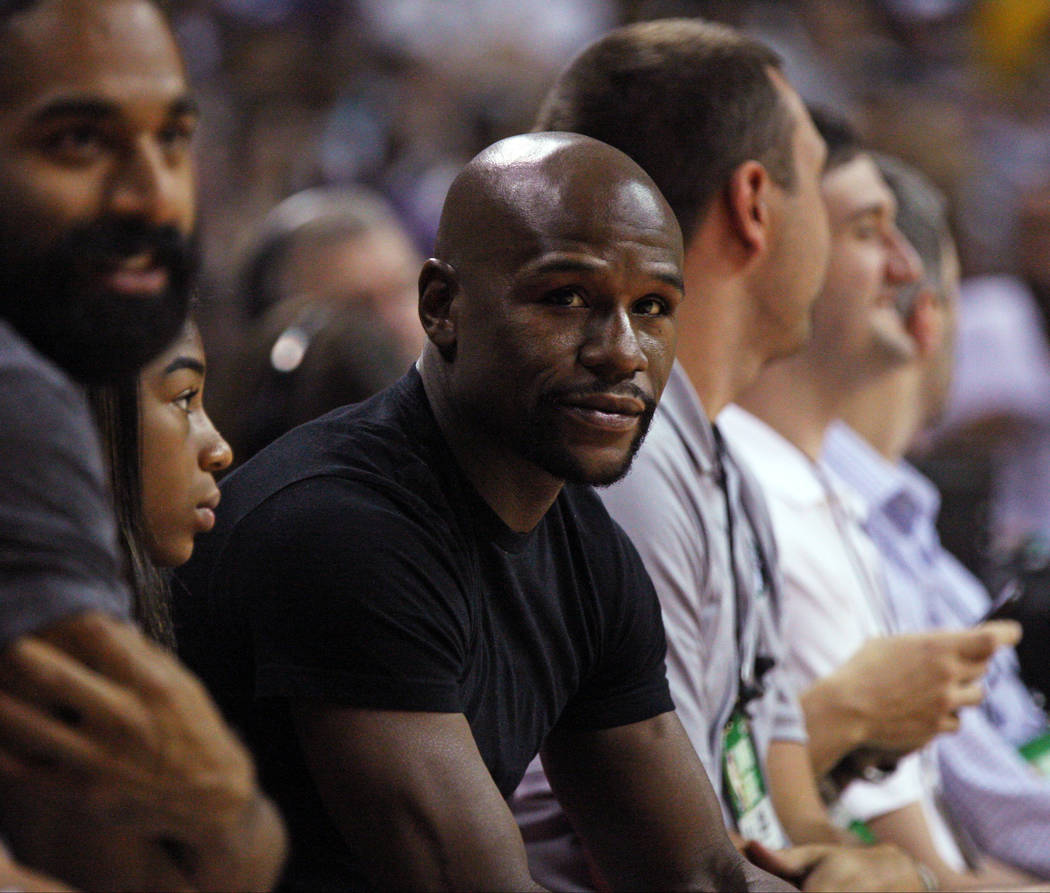 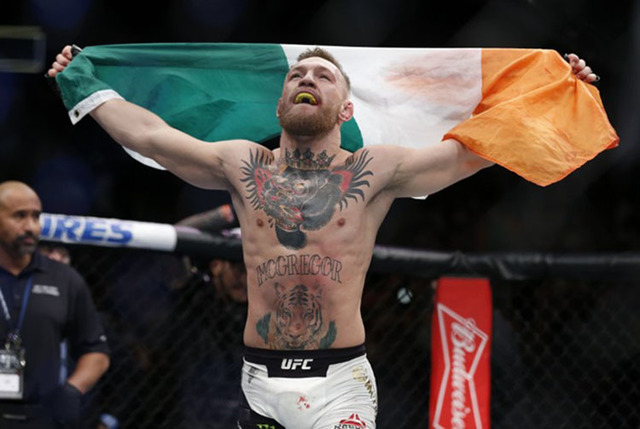 The Kats! Bureau at this writing is the baseline of the Thomas & Mack Center.

In another lifetime, Gondo often wound up, flat on his back after taking a hard charge at the Las Vegas Convention Center.

And if you get that reference to late UNLV men’s basketball star, NBA player and longtime radio and TV announcer Glenn Gondrezick, who broadcast many UNLV games at the T&M, I’ll shake your hand, Runnin’ Rebel fan.

At the moment, NBA Summer League action is in full swing, and Dallas Mavs owner Mark Cuban was just holding court (pun on purpose) on ESPN2. When I met him a few years ago and introduced myself as a journalist, he said, “I’m sorry.”

The Minnesota Timberwolves are clashing with the Denver Nuggets, which allows references to such great ex-Nuggets as David Thompson, Dan Issel and Alex English.

More from the baseline bureau:

I am confidently informed that the Aug. 26 Floyd Mayweather-Conor McGregor bout is destined for T-Mobile Arena, regardless of earlier plans to hold the finals of Ice Cube’s nationwide Big 3 hoops tournament on that date and in that arena.

“There’s no doubt Mayweather-McGregor will be at T-Mobile” says a source familiar with the scheduling of both events. This topic is sure to be addressed when Mayweather and McGregor sit for their first press conference promoting the fight on Tuesday at the Staples Center in L.A.

That event might be more entertaining than the actual fight.

Ice Cube has said he is open to negotiating a deal that would move the Big 3 event across the Strip to the slightly smaller MGM Grand Garden, and there has been talk of shifting the Big 3 finale to Aug. 25, also at the Grand Garden.

The Mayweather-McGregor bout, matching the two most famous and bankable stars in combat sports, is obviously the larger draw among the two events. But this Big 3 tournament is an oddly fascinating concept. Eight teams of retired NBA players, led by ex-76ers’ star Allen Iverson, play a series of 3-on-3 games in arenas across the country. Other former pros include Rashard Lewis, Brian Scalabrine, Mike Bibby, Chauncey Billups, Corey Maggette, Jermaine O’Neal and Kenyon Martin. Hall of Famers Rick Barry and George Gervin are coaches; team names are 3s Company, Trilogy and Ball Hogs.

Ice Cube’s league features such innovations as 4-point shot, and the first team to 60 wins (oh, and you must win by two points or more). This innovation drew 15,177 people to its opening round at the Barclays Center in Brooklyn, N.Y., on June 25. It’ll find a suitable home here, too.

A flight of fancy

Who should pay for a $15,000 flight for Lisa Marie Presley to promote her father’s legacy in Las Vegas? Not LMP, for starters. But who was responsible for this air fare was an issue tucked into the court documents in Westgate Las Vegas’ legal filing against

Third-party production company Exhibit A Circle LLC. Westgate won a nearly $2.5 million judgment from Exhibit A Circle, which had been contracted to stage and operate “The Elvis Experience” sage show and “Graceland Presents: Elvis the Exhibition.” The show closed in May 2015 after a two month run; the attraction of Presley memorabilia closed in February 2016 after running for 10 months.

In April 2015, Lisa Marie and her mother, Priscilla Presley, appeared at the opening of both the public display of Elvis’ personal items and the production show at International Theater (where “The King” headlined more than 600 sold-out shows). Westgate sent its private jet to Tennessee to pick up Presley and her family. That cost totaled $14,399, and because it was a marketing effort that benefited the hotel (in large measure), Westgate took the tab. But after a $2.5 million ruling, the company can afford that one.

As anticipated, full-scale lounge entertainment is being swept out of the Palms.

An educated assessment of the renovations around the casino bear this out: The new Palms buffet (and remember, the Feast buffet program is the head of Station Casinos’ food-and-beverage program) is a massive operation, wiping out the old Mint high-limit lounge.

In turn, the high-limit lounge is moving across the casino to the former Lounge entertainment venue.

So don’t expect such former Lounge headliners as Sin City Sinners, or Franky Perez and the Truth, perform while high rollers play $1,000-per-hand blackjack. Instead, expect solo performers (a DJ, a piano player, or a guitar in the corner) to supply music in a venue that will remind guests a lot of the Dorsey at Venetian, Vista at Caesars Palace or Clique at the Cosmopolitan.

As this evolution unfolds, we’ll just raise a glass of fizzy water to such artists as Matt Goss, Frankie Moreno, Santa Fe & The Fat City Horns and (lest we forget) Zowie Bowie that made memories at the Lounge at the Palms.

Prince Harry was among the tens of thousands of fans to catch The Killers’ show at the British Summer Time Festival (or, BTS Festival, shorthand) on Saturday night at London’s Hyde Park. The royal rocker sipped a brew and took selfies with his girlfriend, Meghan Markle, as one will do.

Brandon Flowers turned up in a blazing pink jacket and seized the scene, as a reviewer for British music pub NME said, “Flowers is continuing to advocate his case as one of the essential frontmen of our generation.” Not bad fora a guy who used to work valet on the Strip.

A couple of show folks had fun with the pipe break, and ensuing flood, at Planet Hollywood on Saturday. Said Joe Trammel of Comedy & Dolls at The Cabaret, “ ‘Splash’ made a HUGE comeback here tonight at Planet Hollywood.” Trammel was a cast member in “Splash” when it played at the Riviera.

And Grammy Award-winning set designer Andy Walmsley checked in with, “Perhaps they will turn that white elephant P.H. Showroom into an aquarium and actually get some tourists in there.”

Ringo Starr and His All-Starr Band are to headline in that showroom (home to “Stomp” and “Peepshow,” among other productions) in October. And for elephants, hit the upcoming “Circus 1903” at Paris Las Vegas. They are puppets, but they are in the room.

On the sudden topic of Paris Las Vegas, the hotel was the site of a marriage proposal at “Sex Tips For Straight Women From a Gay Man” on Friday night. Leo Lopez walked his girlfriend, Christina Munez, to the stage during the show’s finale and popped the question. She said yes.