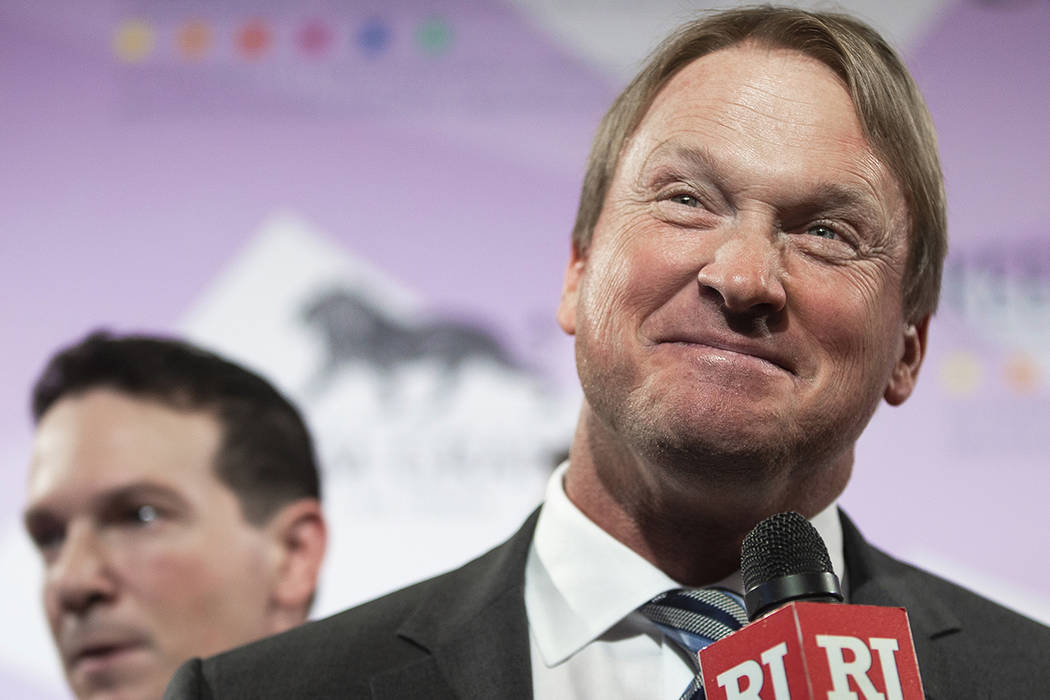 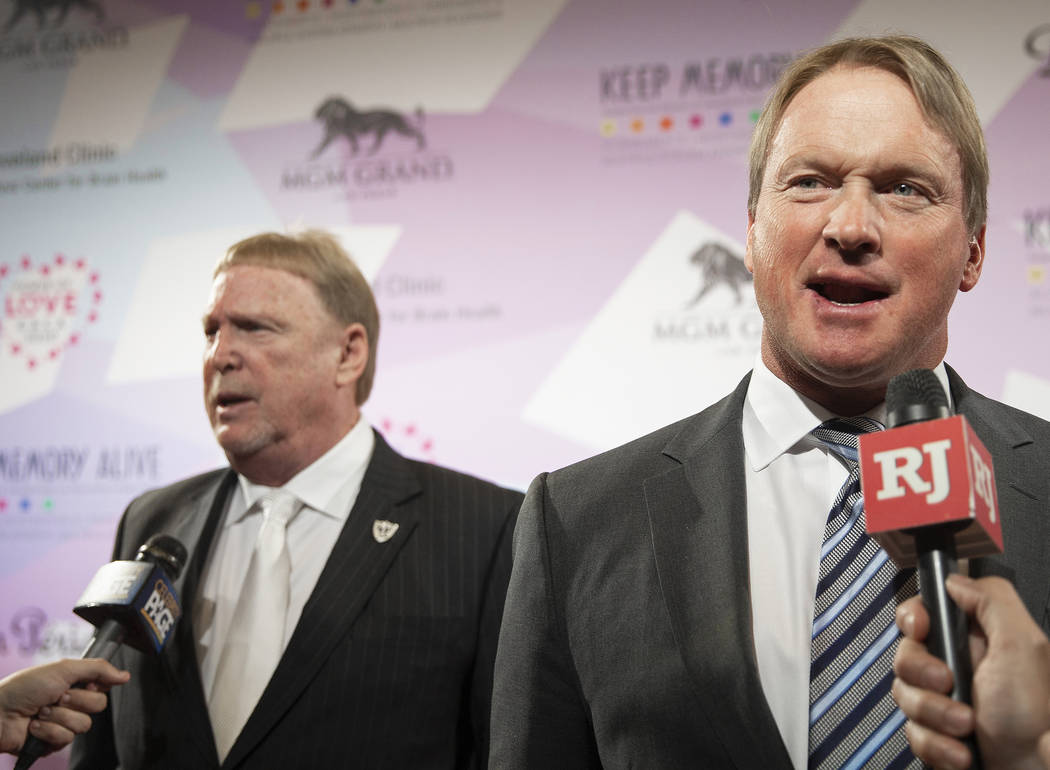 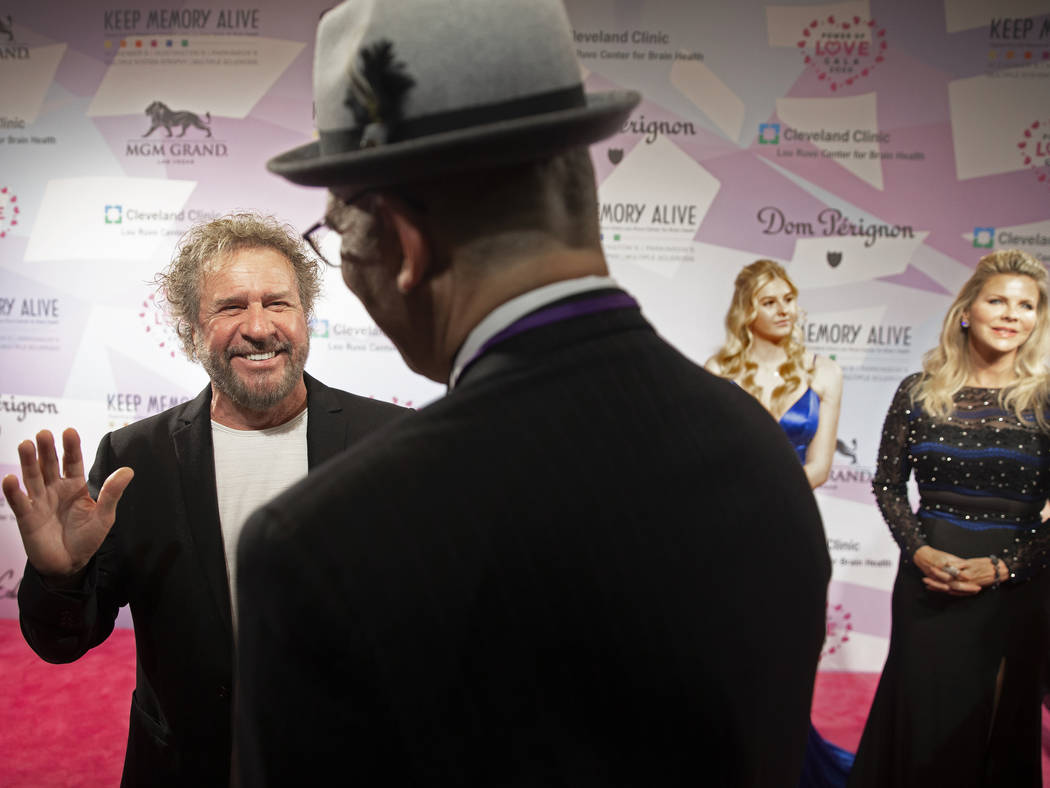 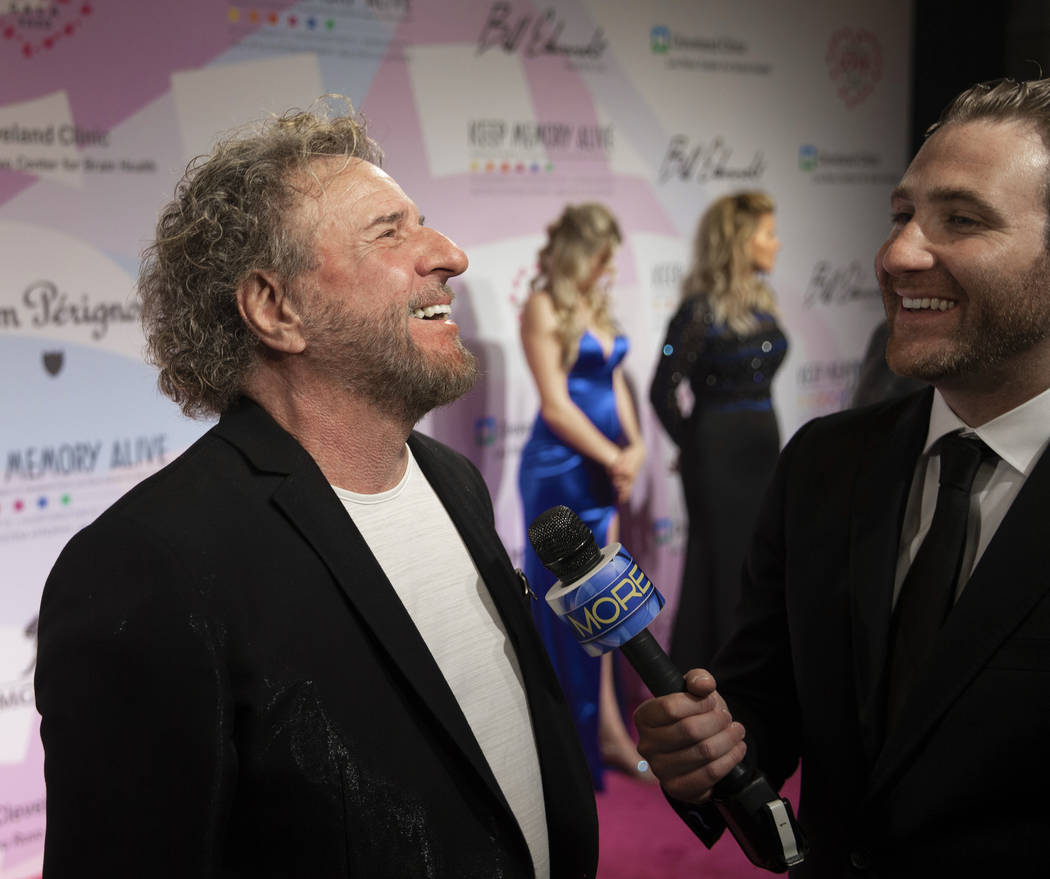 Sammy Hagar, left, talks with the media on the red carpet during the 24th Annual Power of Love Gala on Saturday, March 7, 2020, at the MGM Grand Garden Arena, in Las Vegas. (Benjamin Hager/Las Vegas Review-Journal) @benjaminhphoto 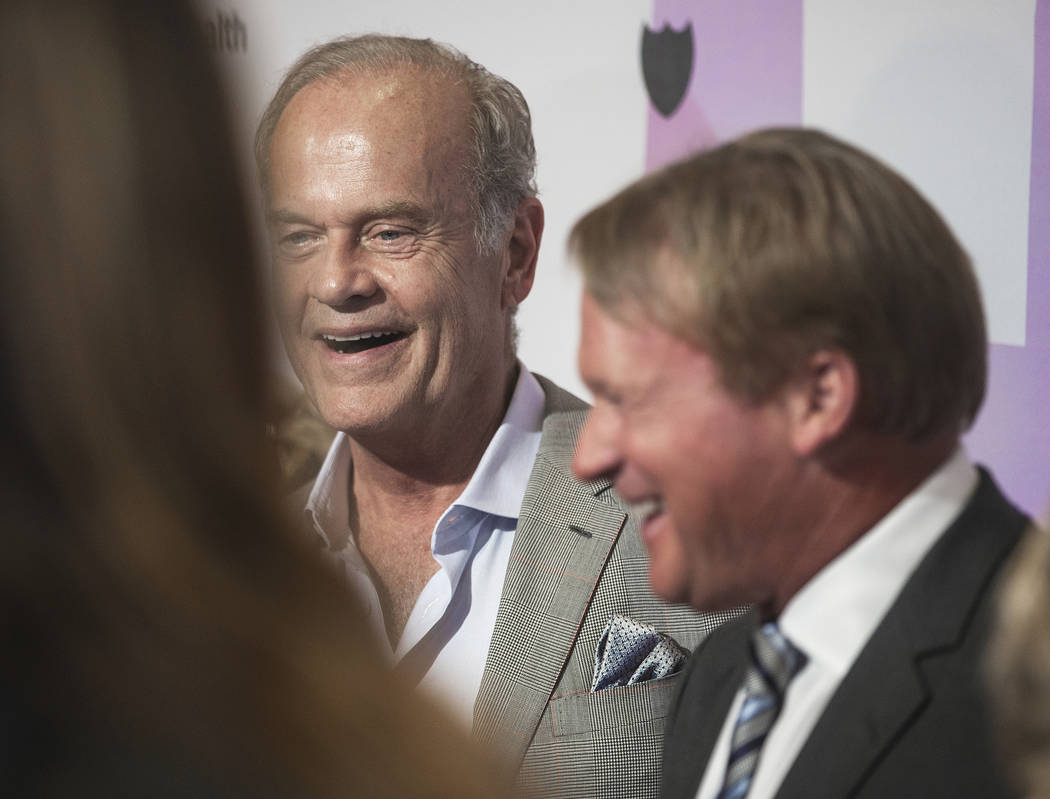 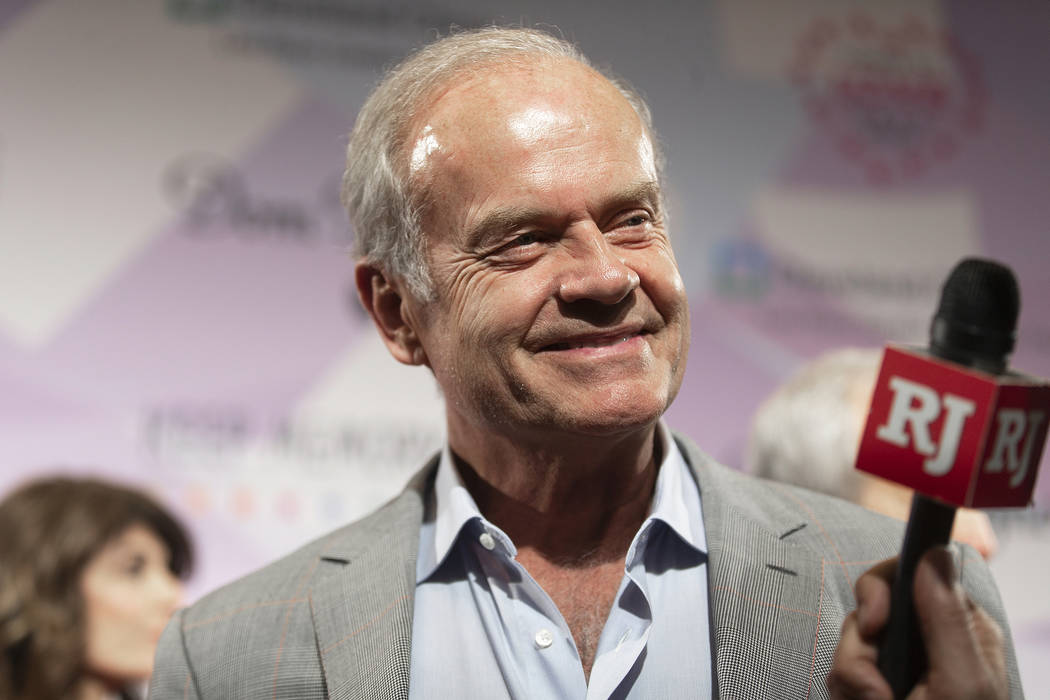 Kelsey Grammer talks with the media on the red carpet during the 24th Annual Power of Love Gala on Saturday, March 7, 2020, at the MGM Grand Garden Arena, in Las Vegas. (Benjamin Hager/Las Vegas Review-Journal) @benjaminhphoto 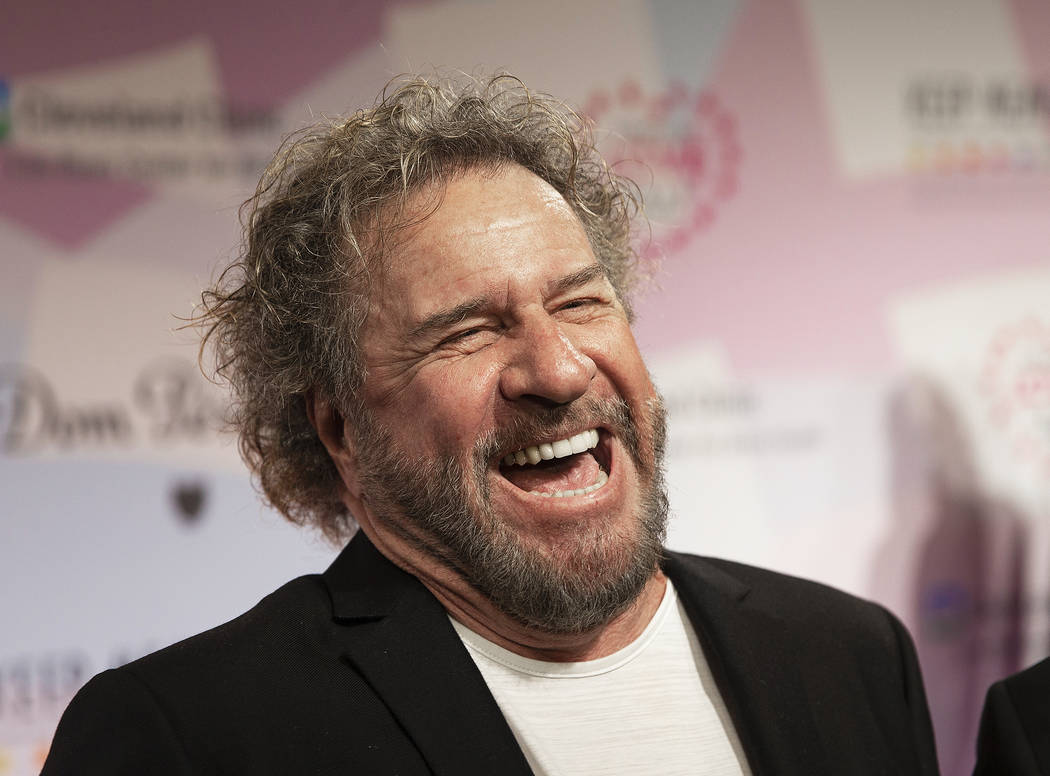 Sammy Hagar shares a laugh with the media on the red carpet during the 24th Annual Power of Love Gala on Saturday, March 7, 2020, at the MGM Grand Garden Arena, in Las Vegas. (Benjamin Hager/Las Vegas Review-Journal) @benjaminhphoto 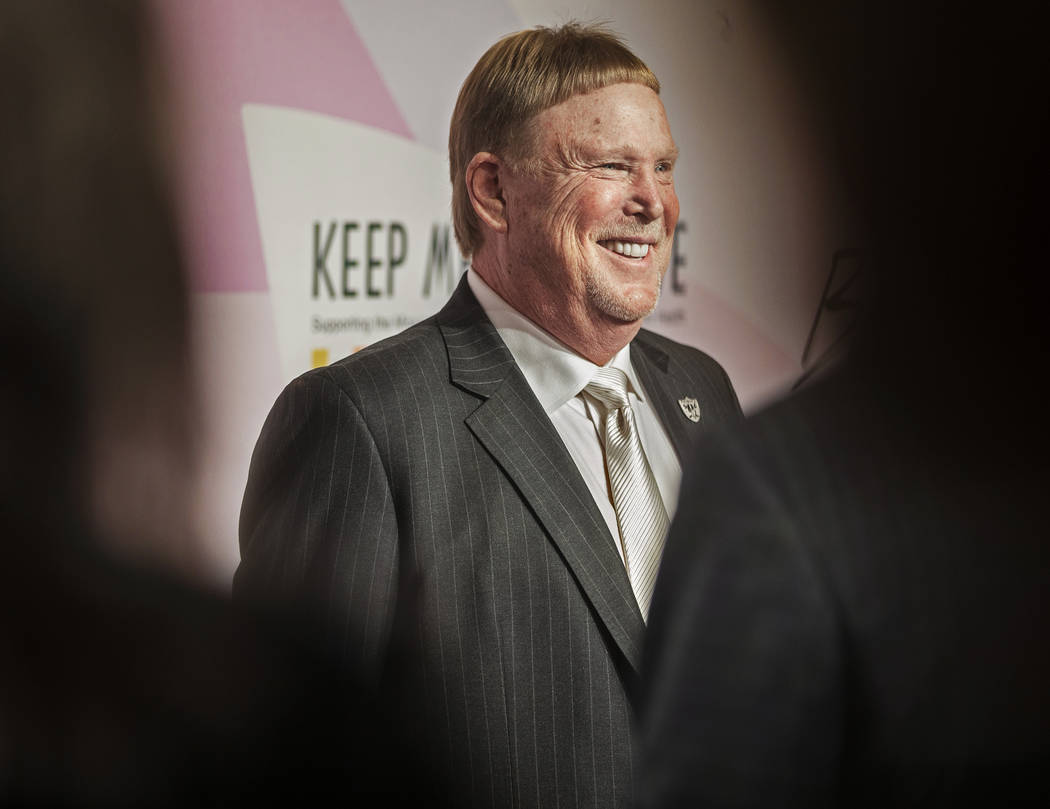 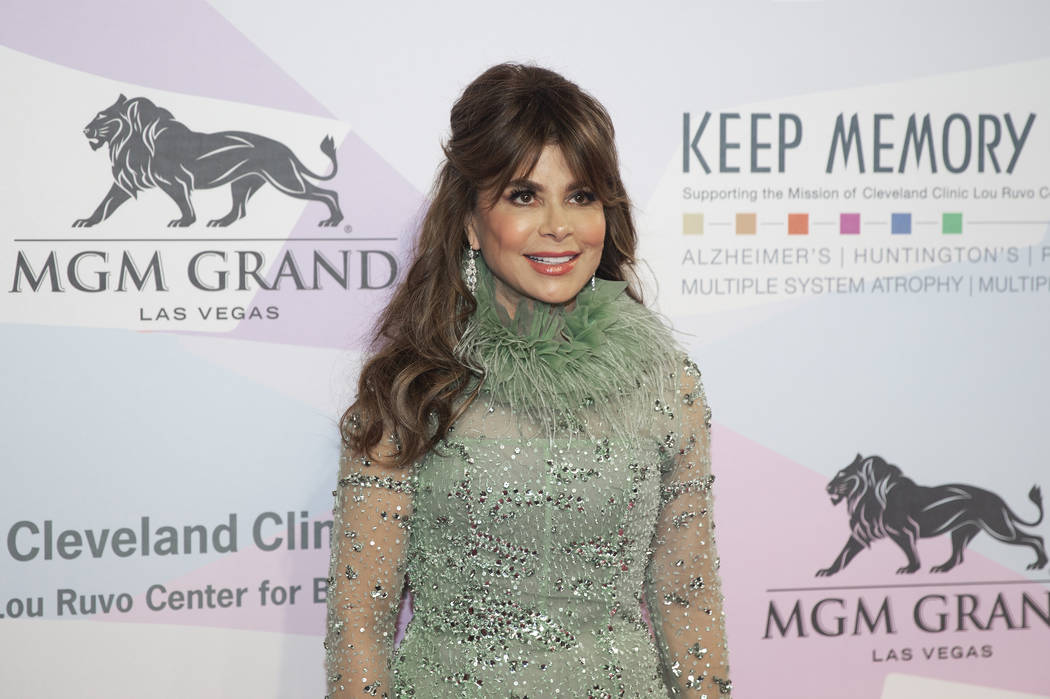 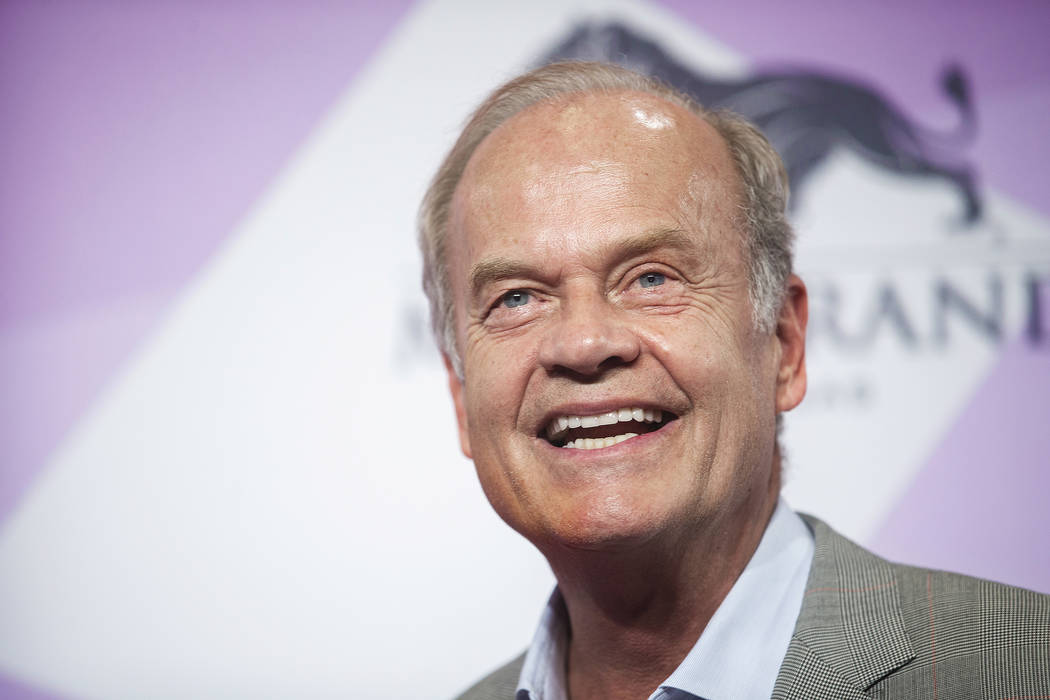 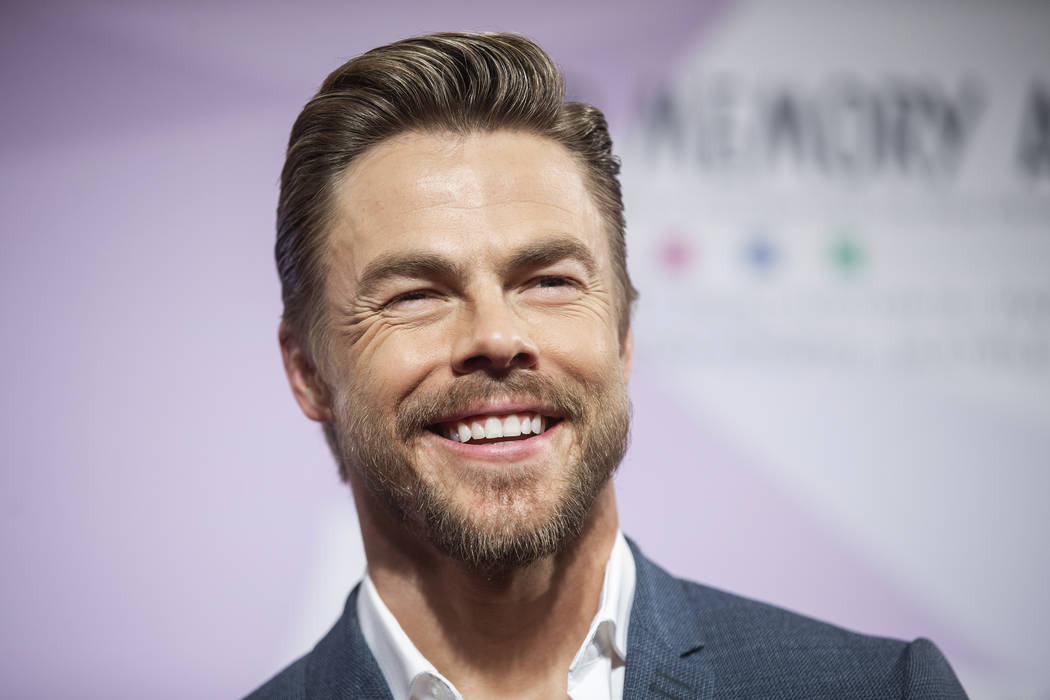 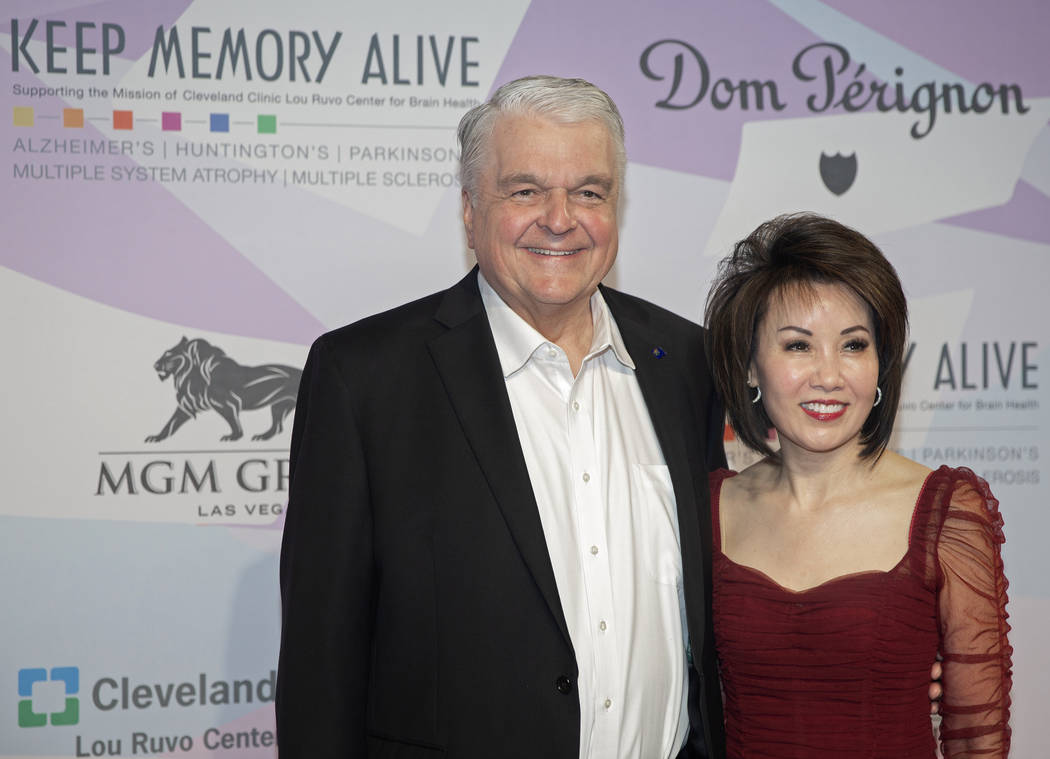 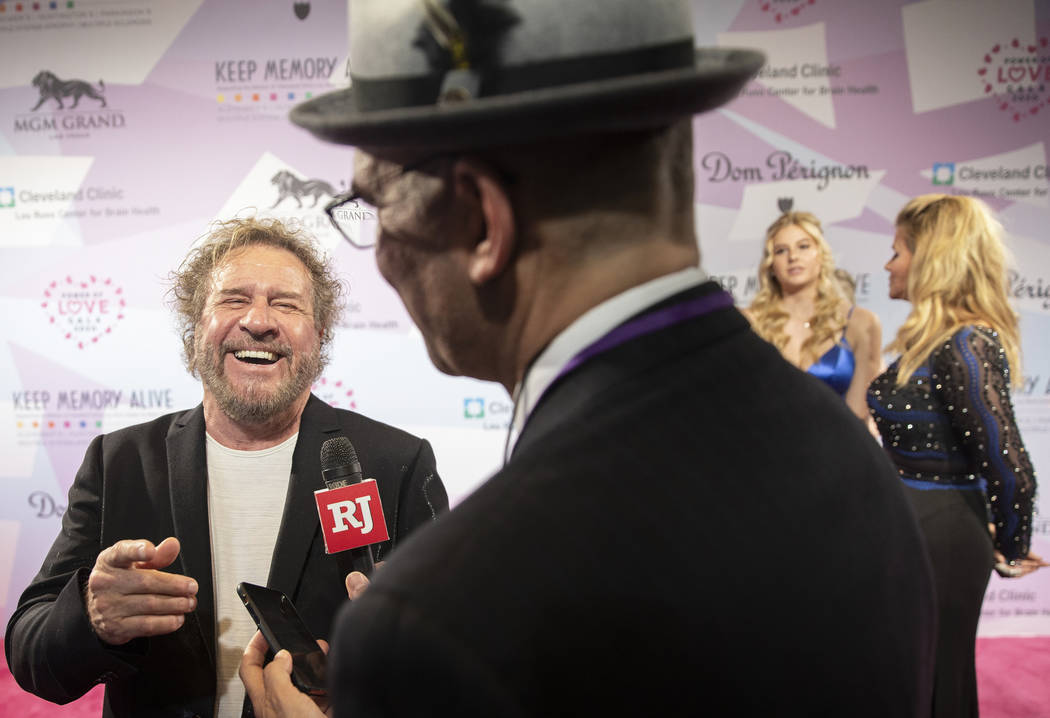 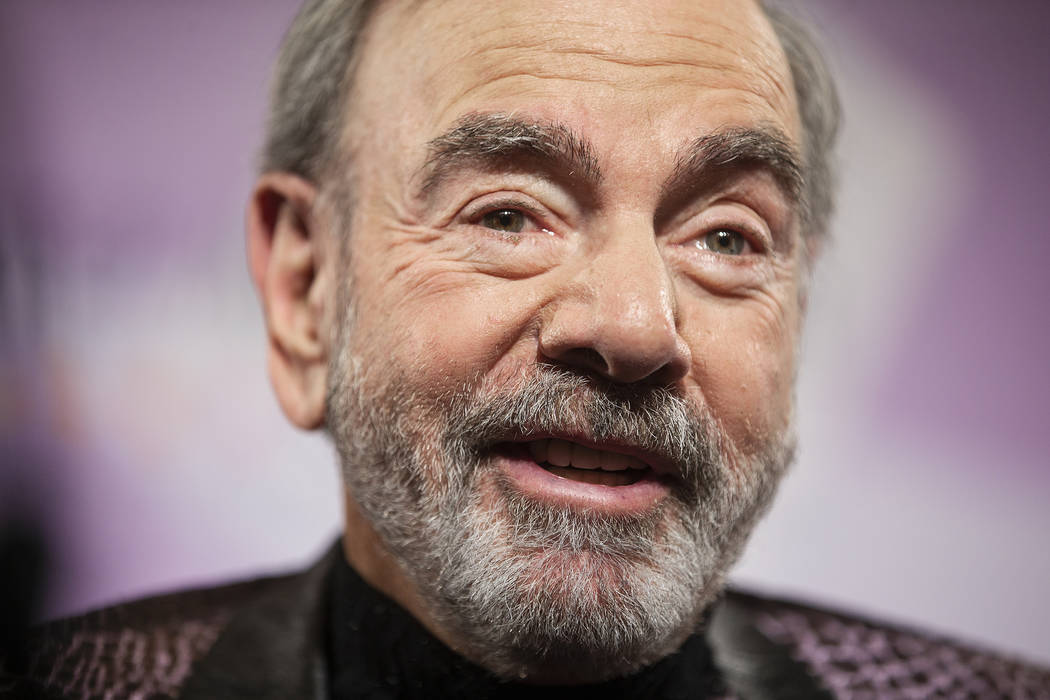 Neil Diamond speaks with the media on the red carpet during the 24th Annual Power of Love Gala on Saturday, March 7, 2020, at the MGM Grand Garden Arena, in Las Vegas. (Benjamin Hager/Las Vegas Review-Journal) @benjaminhphoto 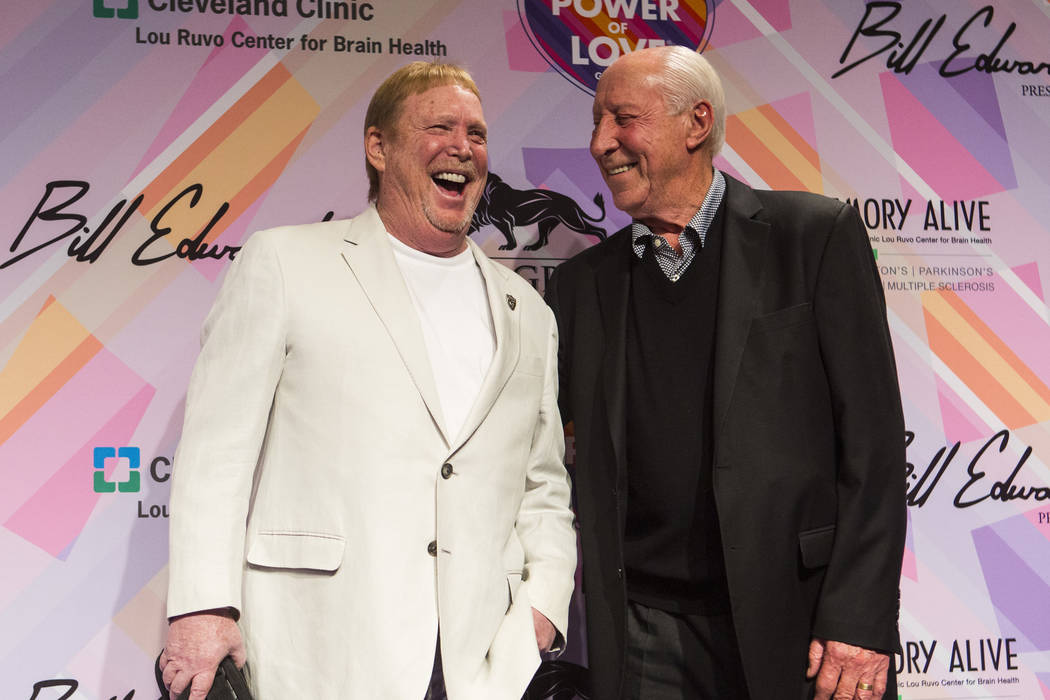 The Kats! Bureau at this writing is Westgate Superbook, one of the industry leaders in Kats! column posts. Earlier I sat with Las Vegas Raiders owner Mark Davis for an upcoming episode of PodKats! We discussed coronavirus concerns; the upcoming NFL Draft; non-Raiders plans for Allegiant Stadium; his legendary late father … and also hairstyles.

More from Davis ASAP, after I plow through our recorded verbiage. Until then, some notes and quotes from the red carpet of Saturday’s boffo Keep Memory Alive Power of Love gala at MGM Grand:

Las Vegas Raiders coach and budding Vegas scenester Jon Gruden walked the Power of Love carpet for the first time. He found you can’t shake NFL questions even at a Strip charity gala.

Asked about the team’s interest in Tom Brady, Gruden said, “You’re killing me, man” while making a Chucky face. He went on, “We love our quarterback. Our quarterback’s a really good player, Derek Carr. I want to reiterate that to everybody here in Vegas. We’ve got a good, young quarterback, and the film, the statistics and analytics prove it.”

Pivoting to the team’s other players, Gruden added, “We’re going to be in the market to try to improve at every position. That’s what we’re gonna do.”

Gruden also said the team is expected to practice sound judgment while living in a 24-hour city. Nightclub operators, especially, are excited to welcome dozens of young, multimillionaire males to Las Vegas. “I think we’re looking for guys who have some maturity, some professionalism,” Gruden said. “We’re not going to worry ourselves with everything, but also realize there are some situations we have to avoid.

“We’re going to to surround ourselves with some people who can help us with the transition, who have seen it all, and bring powerful messages to our players, and coaches and everyone in our organization.”

Paula Abdul wants to expand the show she performed at Flamingo Las Vegas from August through January. All roads, especially the Strip, lead to Paris Theater. Abdul has not formally announced those plans, but has been in long-running talks with Caesars Entertainment specifically about that venue.

“It looks like I’ll be coming back this summer, yes, in a different venue, and I’m very excited,” Abdul said. Asked to specify the venue, she smiled and said, “You’ll be the first to get that information out there, since you have the intel.”

Expect a similar, dance-centered performance of Abdul’s greatest hits and videos in her next Strip production.

“It’s going to be the same type of show, some changes here and there,” said Abdul, who notched 24 shows at the Flamingo. “I feel like I just got started when I hit my last show in January. Everyone is asking, ‘When can I come and see it again?’”

The show will play larger, because the Paris room is larger than Flamingo Showroom.

“It’s like, my thoughts are 7 feet tall, and in my mind I am 7 feet tall,” Abdul said. “But then I take pictures of myself and I get shot back down.”

Performer Chris Isaak remembers playing the Caesars Palace Circus Maximus in July 1999, about a year before the regal showroom shut down in August 2000.

“I remember it well, because I had been playing clubs and we were used to having girls up in front of the stage, standing up and dancing and, ‘Hey! It’s a party!’ ” Isaak said. “But in Vegas, you had high rollers in the front and they have expensive tables, and they’re sitting there looking at you they’re going, ‘Entertain me, Monkey.’ Oooh, and you’d sing a song or tell a joke and you expect 30 seconds of laughter or applause, and you’d get (one clap). But it gave you muscles. You learned to move fast.”

Goss on the hunt

Mirage 1 Oak Nightclub headliner Matt Goss has been reviewing venues at Caesars Palace, among other scouting missions. His dates at 1 Oak halt April 26. The nightclub itself shuts down March 27, in favor of a more wide-ranging entertainment concept.

“It’s possible, yeah,” Goss said. “I’ve been through some rooms around down … but I will be staying in Vegas.”

Goss continues work on an upcoming album set to release this summer, collaborating with Kenny “Babyface” Edmonds. He and his twin brother, Luke, are planning a follow-up to the documentary “After the Screaming Stops,” which was a critical and commercial hit in the U.K.; and Goss also has written the lyrics for the music in the London musical adaptation of “Upstairs, Downstairs.”

Taffer to the ‘Rescue’

“Bar Rescue” star Jon Taffer is planning new productions to be set in Las Vegas, where Taffer has lived over the past couple of years. One title has premiered on Paramount Network, “Marriage Rescue,” which helps couples whose relationships are failing. That show’s first season launched last July.

“You know me, I love Las Vegas and I love shooting here,” said Taffer, whose anchor show debuted its seventh season Sunday. “We are working on our next TV format, which is based here. I am always trying to bring TV shows here, first of all because it’s nice to be able to drive home at night, but to be able to bring money like that and people like that into my community is an amazing thing. So we have a couple of things in the works, hopefully you’ll see by the summer.”

Expect Excalibur’s famously blond-maned magician Hans Klok to get a boost from an old friend, Ellen DeGeneres, this week. He’s set to appear on Friday’s episode of “Ellen,” but the stitch is that Sean Hayes is guest-hosting this week. No matter. Klok records Wednesday, and has about four minutes to do the Klok thing and promote his show at Thunderland Showroom.

“This is what we need, to make a name and let people know who you are,” Klok said on the Power of Love carpet. “I have some big support from that side so I am happy with that.” Klok did appear with DeGeneres in 2007, along with then-sidekick Pamela Anderson, when he performed at Planet Hollywood Theater for the Performing Arts (now Zappos Theater). Klok has re-written his show to create an even faster pace than when he opened last July, under the billing “The World’s Fastest Magician.”

“In the beginning, it was maybe too sophisticated, which is popular in Europe — in Vegas they like action and screaming,” Klok said. “And I like that, too.”

The Space proprietor Mark Shunock is looking to perform a role that is not himself as emcee or host. Shunock, of course, has created and hosts Mondays Dark twice a month and is a co-emcee for Vegas Golden Knights games at T-Mobile Arena.

“I’m going to get back onstage this year — it’s a definite — there are a couple of things in the work and it’s just a matter of finding the right room,” Shunock said. “It’s always the right fit, and having the right relationship with the property.”

Keep an eye on this one. Shunock could easily revive his Lonny character, which brought him to Las Vegas when the show opened at the Venetian in November 2012. I’ve previously reported (as opposed to reporting in the future) that Shunock has helped build a relationship between the new version of “Rock of Ages” playing L.A., the executive team at Strat ownership group Golden Entertainment and the hotel’s ticketing operation, Red Mercury.

Reps from all sides were at the “RoA” opening in January. Caesars Entertainment might be a player in the show’s search for a Vegas venue, too. Available showrooms, lounges, cabarets, modified former restaurants and refurbished moats abound in the Caesars family.