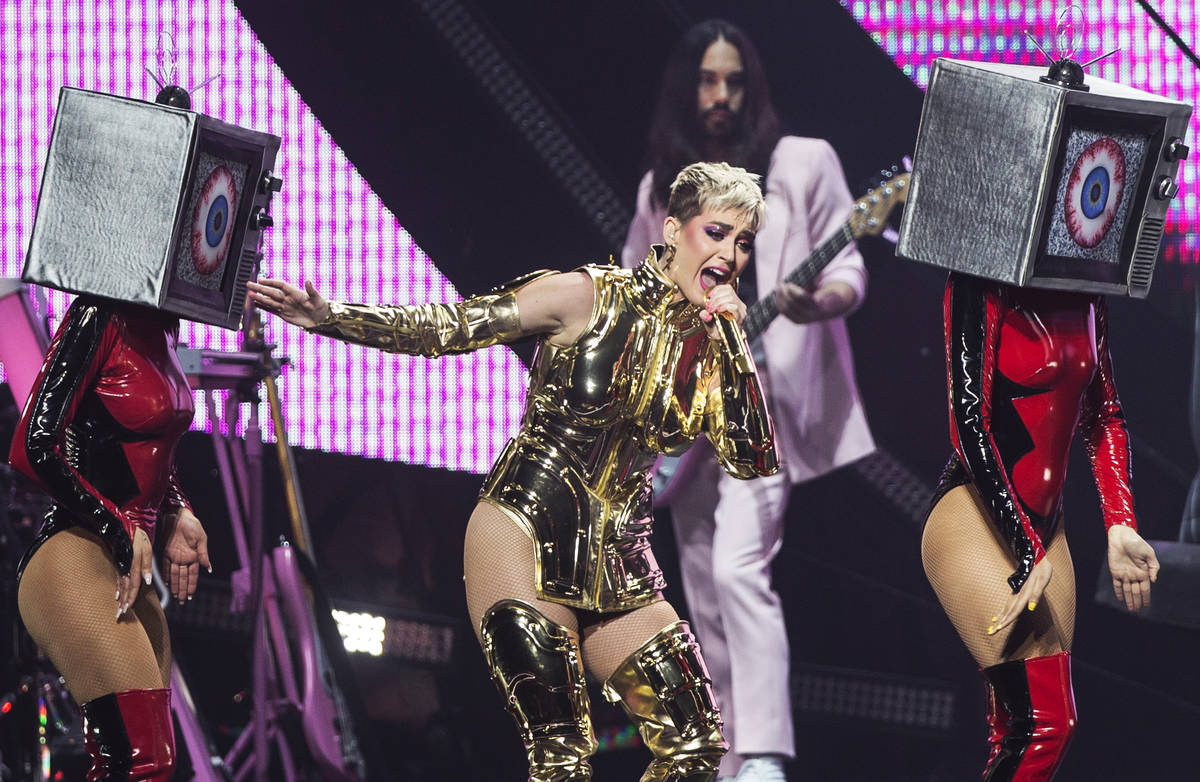 Katy Perry’s residency at The Theatre at Resorts World is not yet confirmed. But it’s sure being publicized.

Media reports indicate Perry will indeed perform in the 5,000-seat venue in its rotation of headlining ambassadors. Citing sources, Billboard has reported Perry is planning a residency run at the $4.3 billion venue. No specifics about when or for how long she’ll be onstage.

The pop star has been name-checked in this space, along with Celine Dion, Carrie Underwood and Luke Bryan, as likely Resorts World headliners. Perry’s most recent concert in Las Vegas was January 2018 at T-Mobile Arena. She was also in the crowd for Lady Gaga’s opener at Park Theater that December.

The Theatre is a partnership between Resorts World and AEG Present’s Concerts West. Resorts World President Scott Sibella said in a text, “I can’t confirm or deny at this time.” AEG reps in Las Vegas have not responded to requests for comment or confirmation.

AEG delivered the Celine residency to The Colosseum, which was the model for the contemporary Vegas headlining series. Sibella has a long history of A-list relationships and an acute interest in entertainment programming in general. We do expect Dion to be the first to appear as a resident headliner at the theater.

Concerts West CEO John Meglen even made a reference to “her” in July, when talking of his company’s booking strategy at Resorts World.

“Our focus right now is on creating a playground,” Meglen said. “If you look at the high-tech side of the entire property, the sound has developed and gotten better every year, and video has gotten better, and we’ve also learned it’s making sure the artist is really comfortable, and the people working around them are OK. I don’t want just the star to be saying this is the greatest place to play, but I want her production people and the people around her and all that to feel the same way.”