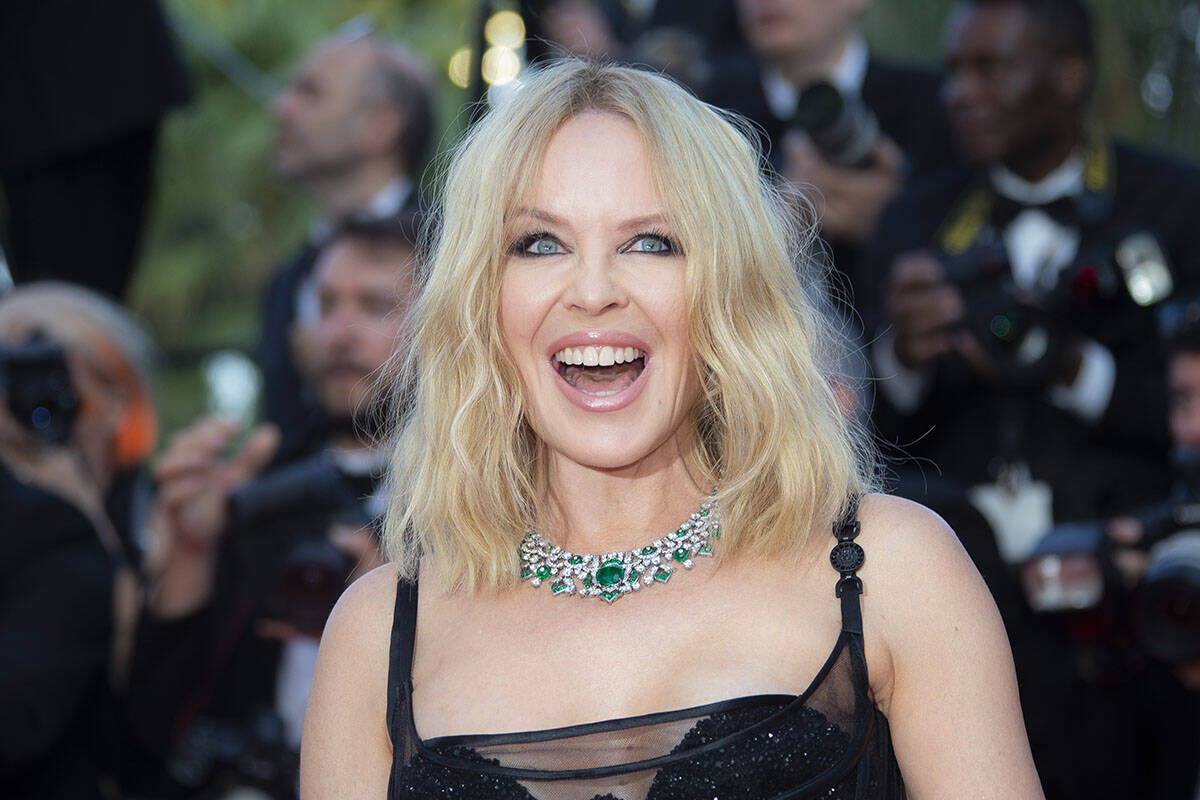 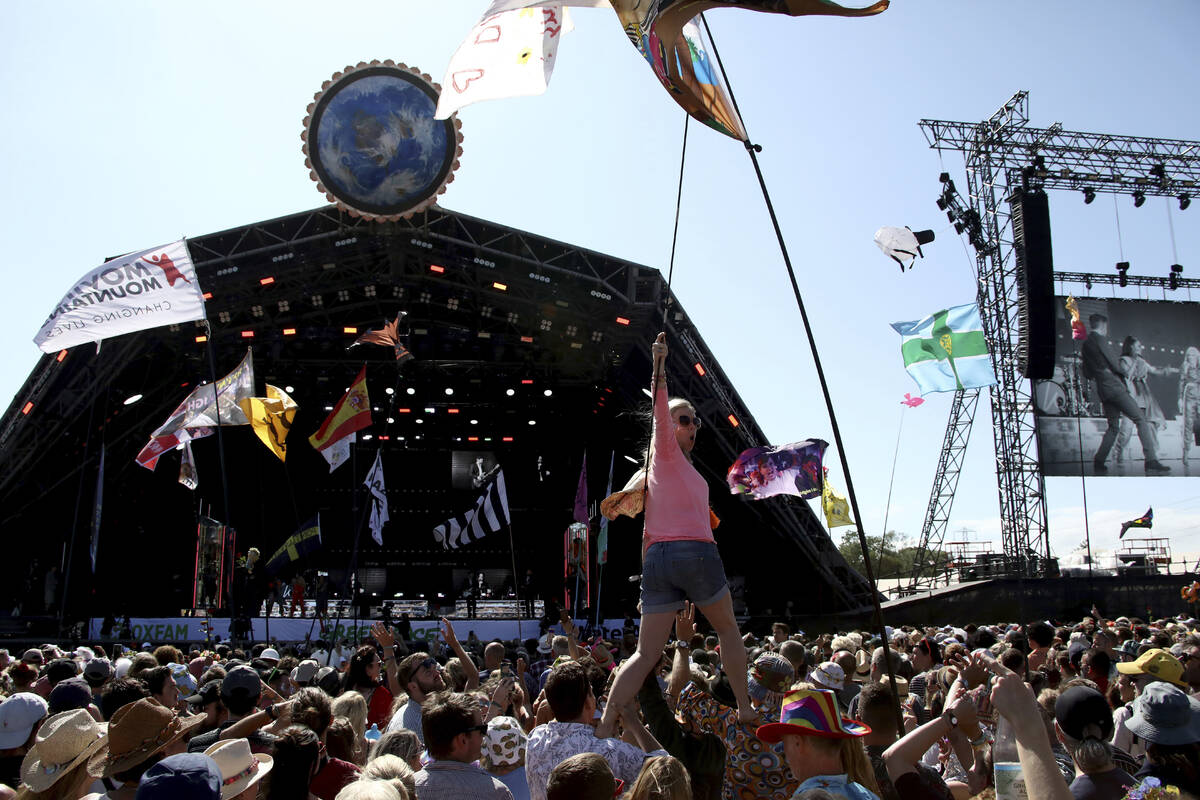 FILE - In this Sunday, June 30, 2019 file photo, revelers react to Kylie Minogue as she performs at the Glastonbury Festival, Somerset, England. Organizers of live events in the U.K., such as festivals and theaters, have given their partial support to a new coronavirus-related insurance initiative aimed at easing their financial worries. In a statement late Thursday, Aug. 5, 2021 the government said it was backing a 750 million-pound ($1 billion) insurance scheme that will cover the cancellation costs incurred by the hard-hit live events sector in the event of further lockdowns in the year from Sept. (Photo by Grant Pollard/Invision/AP, File) 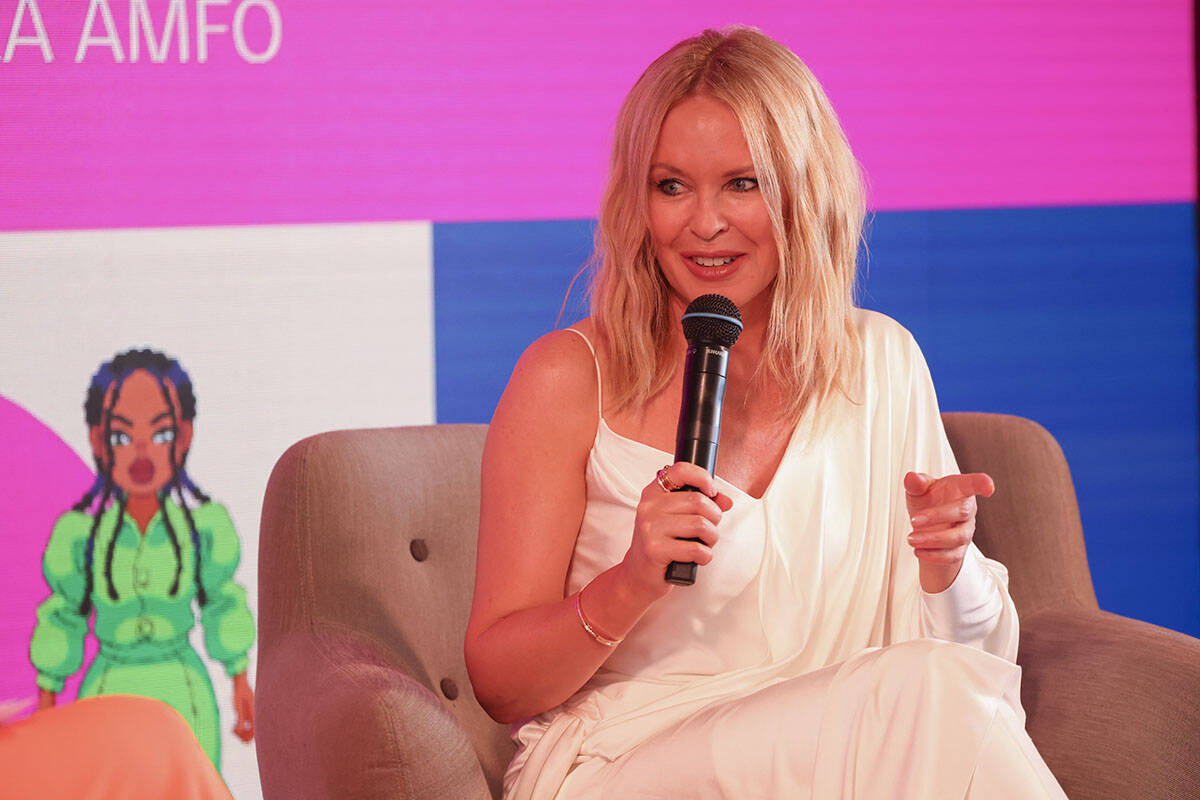 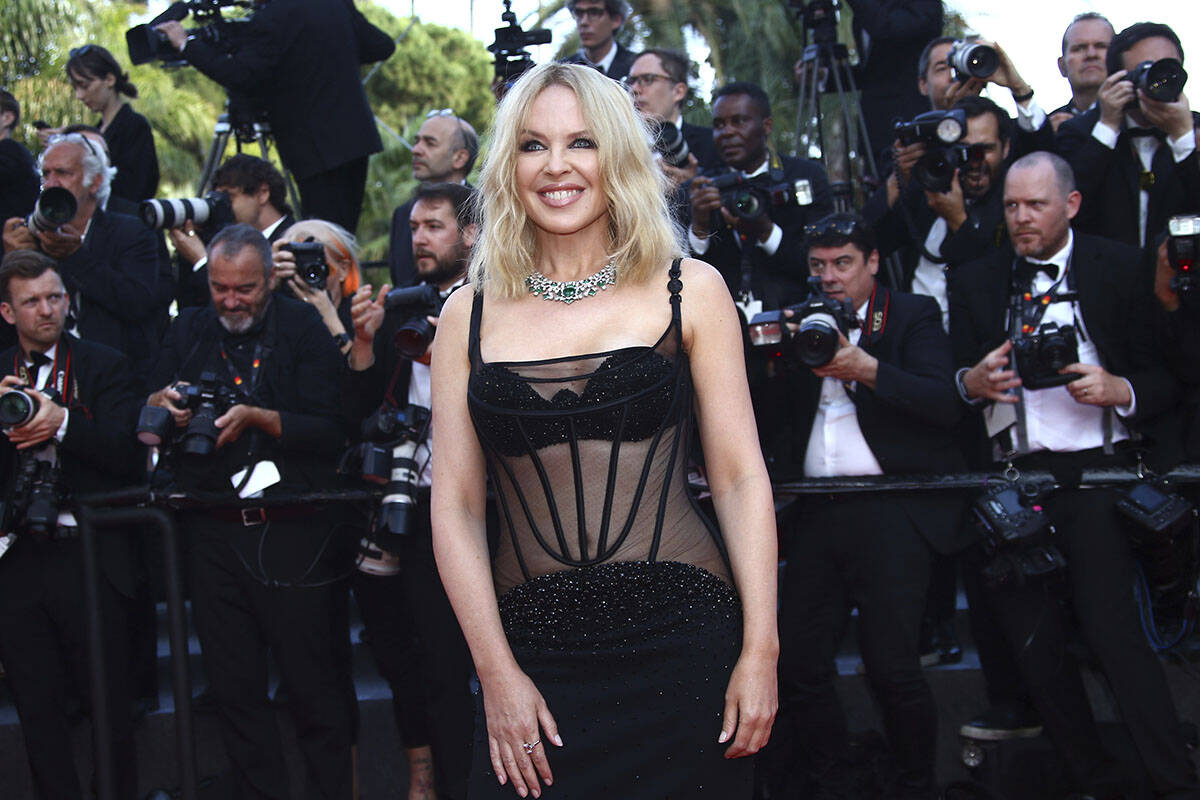 Kylie Minogue poses for photographers upon arrival at the premiere of the film 'Elvis' at the 75th international film festival, Cannes, southern France, Wednesday, May 25, 2022. (Photo by Joel C Ryan/Invision/AP)

Kylie Minogue is interested in a Las Vegas residency and has been for most of this year.

But we are confident that reports of her currently in talks for an extended engagement worth some $120 million are not accurate.

Minogue has been reviewing Las Vegas options since at least May, when she was spotted at Dolby Live during Lady Gaga’s “Jazz + Piano” show. This looked a lot like a scouting mission, as Minogue attended alongside Larry Rudolph, who is Steven Tyler’s manager and Britney Spears’ former manager.

Rudolph has extensive experience in building Strip residencies, with Spears’ “Piece of Me” at Zappos Theater from 2013-17, and Aerosmith’s “Deuces Are Wild,” which ends its run at Dolby Live on Dec. 11.

Reports from international gossip sites have reported Minogue has been in talks with the Colosseum at Caesars Palace and Zappos Theater for a 12-week run. Minogue sold out the Colosseum in a 2011 tour stop.

But the 54-year-old pop star reportedly instead wants to clear other career commitments before returning her attention to Vegas. She has an extensive worldwide fan base, and a cult following among gay fans around the world. She is also the highest-selling female Australian recording artist ever.

But questions remain whether she can transfer to multiple dates at a major Strip theater. We might find that answer, in real time.