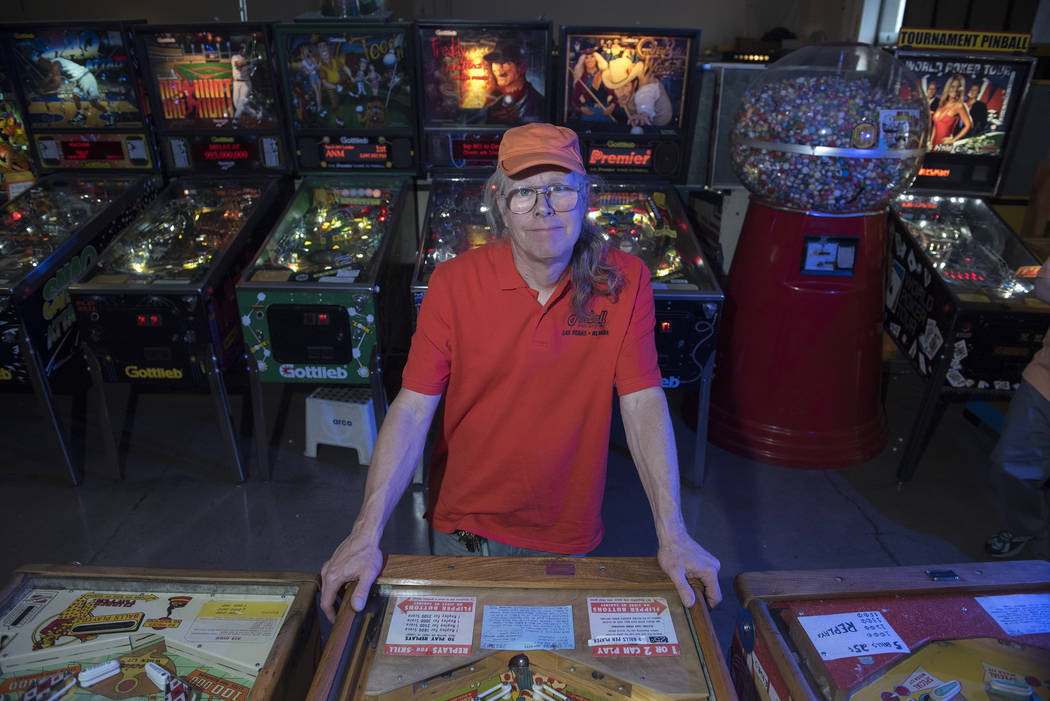 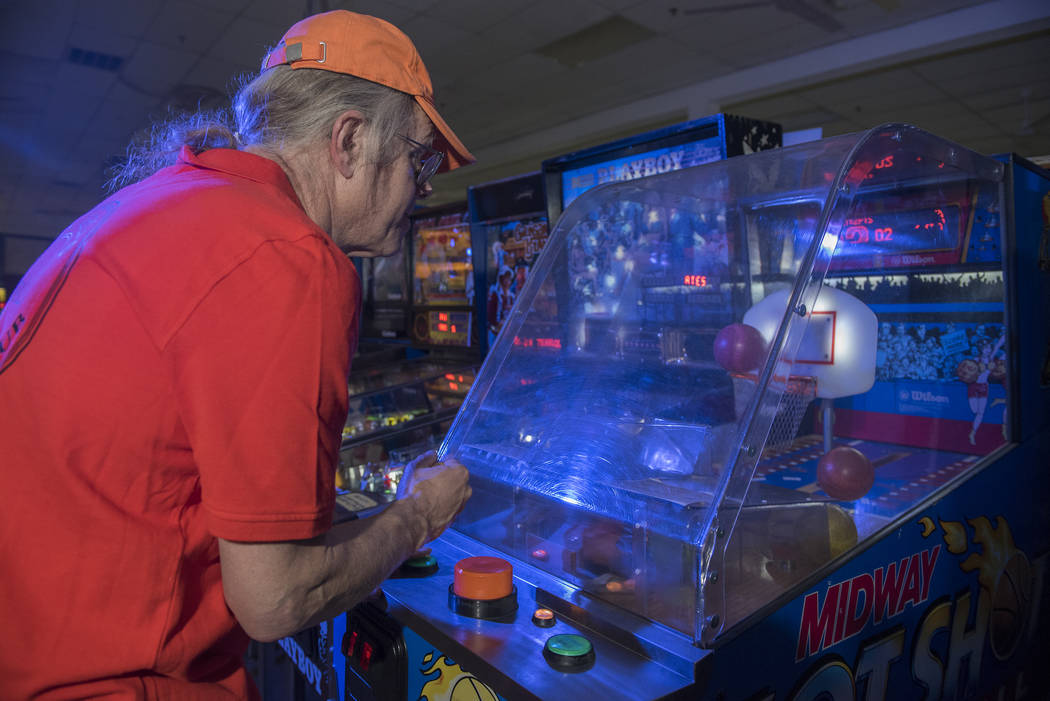 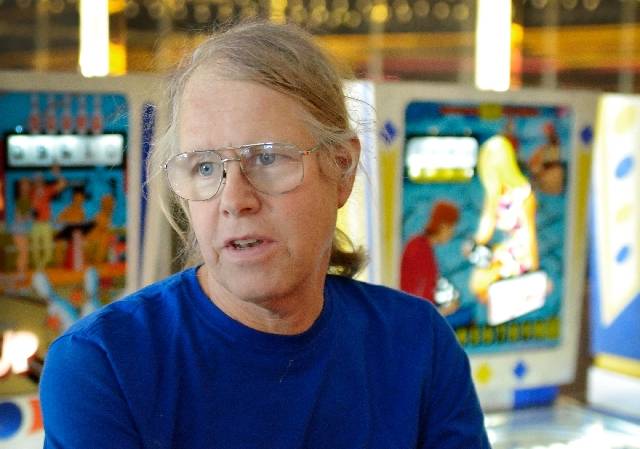 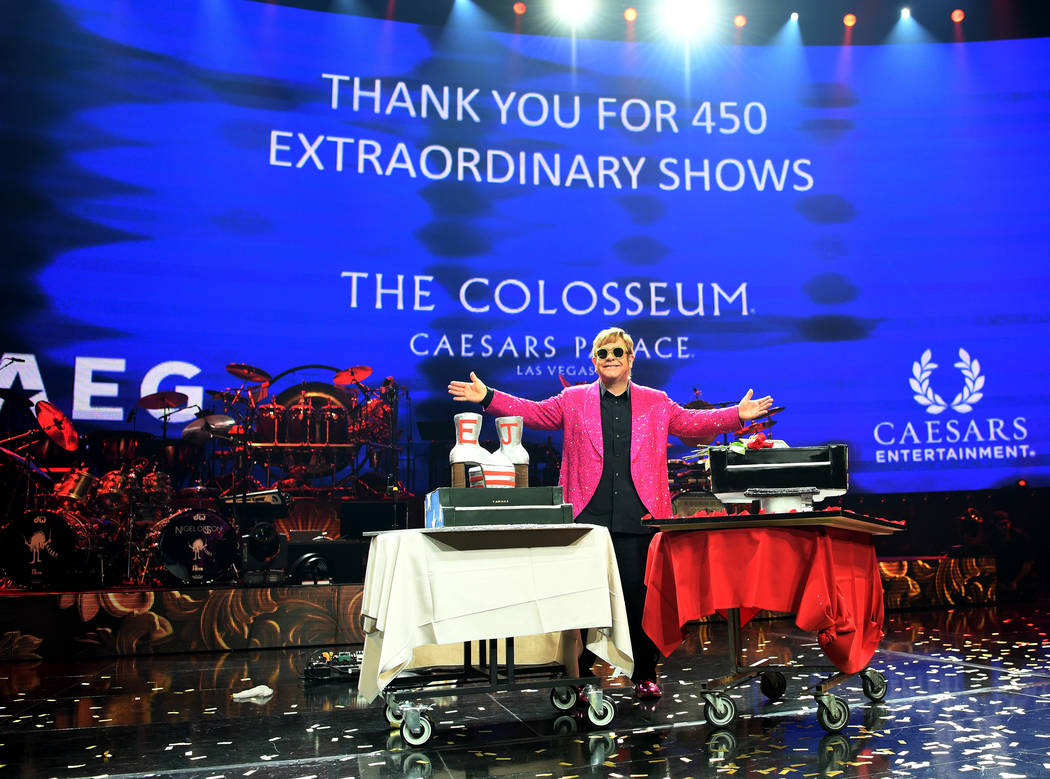 In a dispute dating back 15 years, Arnold still says Sir Elton owes him $500. This stems from the original “Red Piano” production at the Colosseum at Caesars Palace and the video for the song, “Pinball Wizard.”

Stretching back to 2004, John and famed director and photographer David LaChapelle were developing the show when their investigation led them to the Pinball Hall of Fame. A film crew dropped in on Arnold, founder of the museum on East Tropicana Avenue and Pecos Road, after hearing the attraction was home to a vintage 1976 Capt. Fantastic and the Brown Dirt Cowboy pinball machine.

The same machine that shows Elton John playing pinball. A real find. The six-member video team used a 35-mm film camera to gather footage in the business. The result was a wildly entertaining video played at The Colosseum as John performed “Pinball Wizard.”

But all these years later, Arnold is still reading “TILT” because (as he has long claimed), he was promised $500 and tickets to one of Elton’s shows at Caesars Palace. This was supposed to be the payment, a mere pittance, for use of the museum.

Elton closed his second run, “The Million Dollar Piano,” in May. Arnold never saw him perform. He was not paid the $500, either, he still maintains today.

“I offered to settle this like a man, in the squared circle, a cage match, one round, winner takes all,” Arnold said Tuesday afternoon. “But did I ever get paid? Did I ever see Sir Elton in a show? Hell, no.”

Arnold had also specified the venue where he would wrestle Elton — the air-conditioned confines of Cobo Arena, the venue in Detroit that was famous for its professional wrestling spectacles.

He didn’t specify what “this” is.

Similar to the Capt. Fantastic machine after dumping a quarter in the slot, this tale came to light once more this week. Arnold has made plans to move the Hall of Fame to a 176-acre parcel on the east side of Las Vegas Boulevard, next to the 65,000-square-foot Harley Davidson dealership, and across from Bali Hai Golf Club and the Welcome to Fabulous Las Vegas Sign.

Arnold picked up the land at auction for $4.6 million (far less than the original asking price of $6.9 million) and plans to relocate his attraction in the next 18 months to two years. Arnold owns and maintains 1,000 machines, including 800 in storage because his current 8,000-square-foot building can’t house them all.

About a decade ago, Arnold was concerned there would be no one capable of maintaining the machines, or who would share his passion for pinball games and culture. He now has a staff who can tinker with the machines, and who can run the operation — though as he says, “Whenever a person who starts a museum leaves or dies, 90-percent of the time, the museum dies, too.”

But he’s optimistic. “I own the market for people who drive to Las Vegas in passenger cars looking for (stuff) to do. They will be glad to find us near the Welcome to Las Vegas sign, and next to a giant Harley Davidson shop.”

He’s less excited when talking about that disputed $500. As the original pinball wizard says, “My offer to settle this stands: Step into the squared circle.”