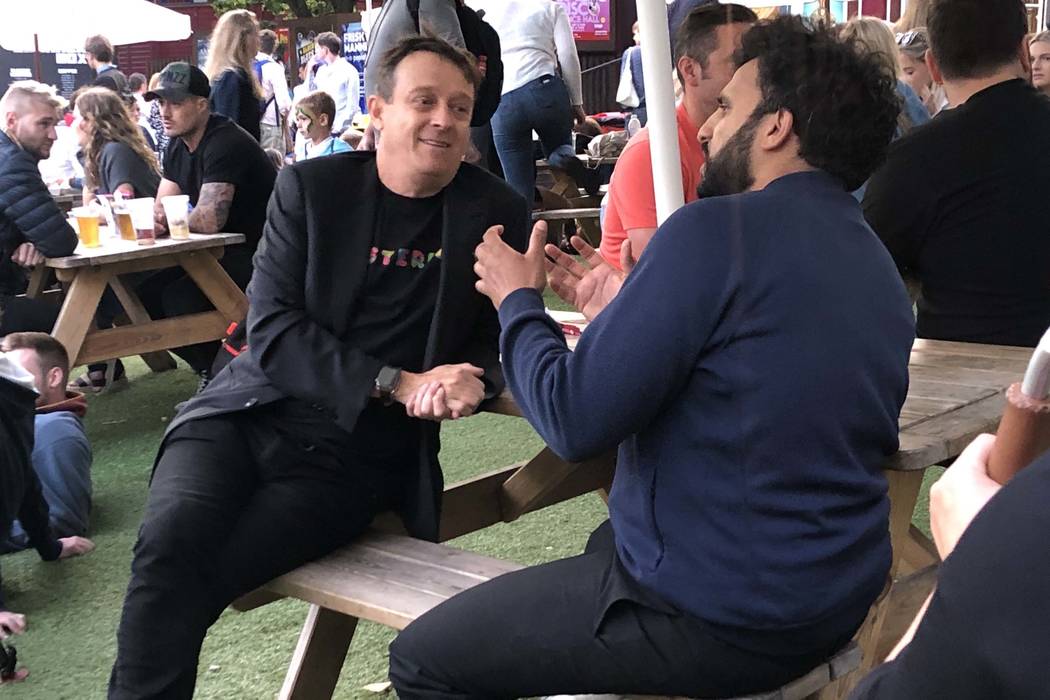 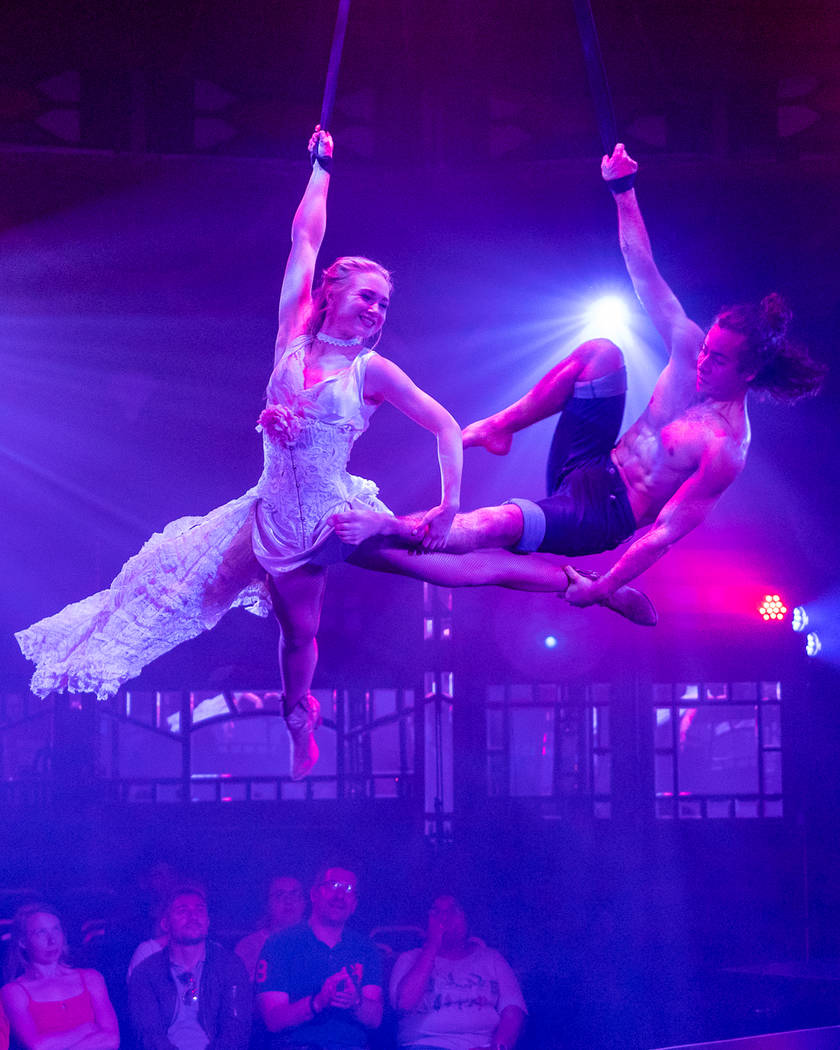 The Lovers Straps scene as performed in "Atomic Saloon Show" at its premiere at Edinburgh Festival Fringe on Thursday, Aug. 1, 2019. (Spiegelworld) 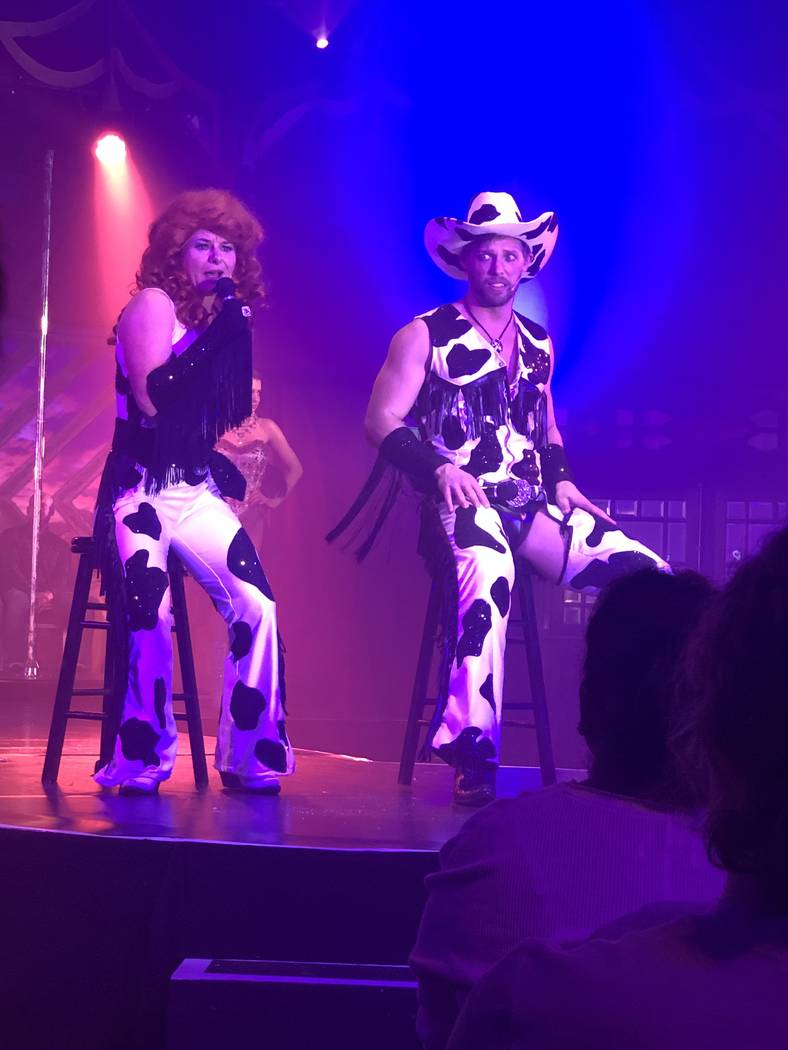 Spiegelworld founder Ross Mollison is delivering “Atomic Saloon Show” to the Strip. The Wild West parody, in the vibe of “Blazing Saddles,” opens Sept. 8 at a customized, second-level theater at The Venetian’s Grand Canal Shoppes. The production follows the monster hit “Absinthe,” which opened in April 2011 at Caesars Palace; and “Opium” at the Cosmopolitan of Las Vegas, which opened in March 2018.

The show is filled with aerial artists, a hula-hoop act, a sexy sendup dance number to “Moon River” a ribald pingpong-zylophone performance by Sister Maria; and an opening number by Blue Jackson that is likely to become the show’s signature tune.

Mollison describes his new show as, “Something that is immersive, where (you) lose yourself in the stories and performances … We have the simplest comedy coming out of strap artists and pole artists, and we also have some really great comedians. It’s like getting on a roller-coaster, and then it’s over.”

The “Atomic Saloon” time period is “sometime between 1850 and 1950,” and based on such taverns as Pioneer Saloon in Goodsprings, in the deserts near Las Vegas. “Who else is focusing on the history of the West?” Mollison says. “Where is that in Vegas now?”

Veteran British comedy director Cal McCrystal has written the show, which includes the line, “What does a German say when he walks into a saloon? Audi!”

Mollison also recalls the interest of Cirque du Soleil officials a couple of years ago to acquire the Spiegelworld shows, adding them to the Cirque catalogue in the same way the company brought in long-running Strip favorite Blue Man Group.

Mollison joked, “We’ll be absolutely happy to buy Cirque du Soleil, if the price is right.” Then, he added, “We’re not for sale. We’re going to run this business — we might end up failing. Ringling Brothers closed after 134 years. But my view is, I want to make the decision on how we’re going to do this.”