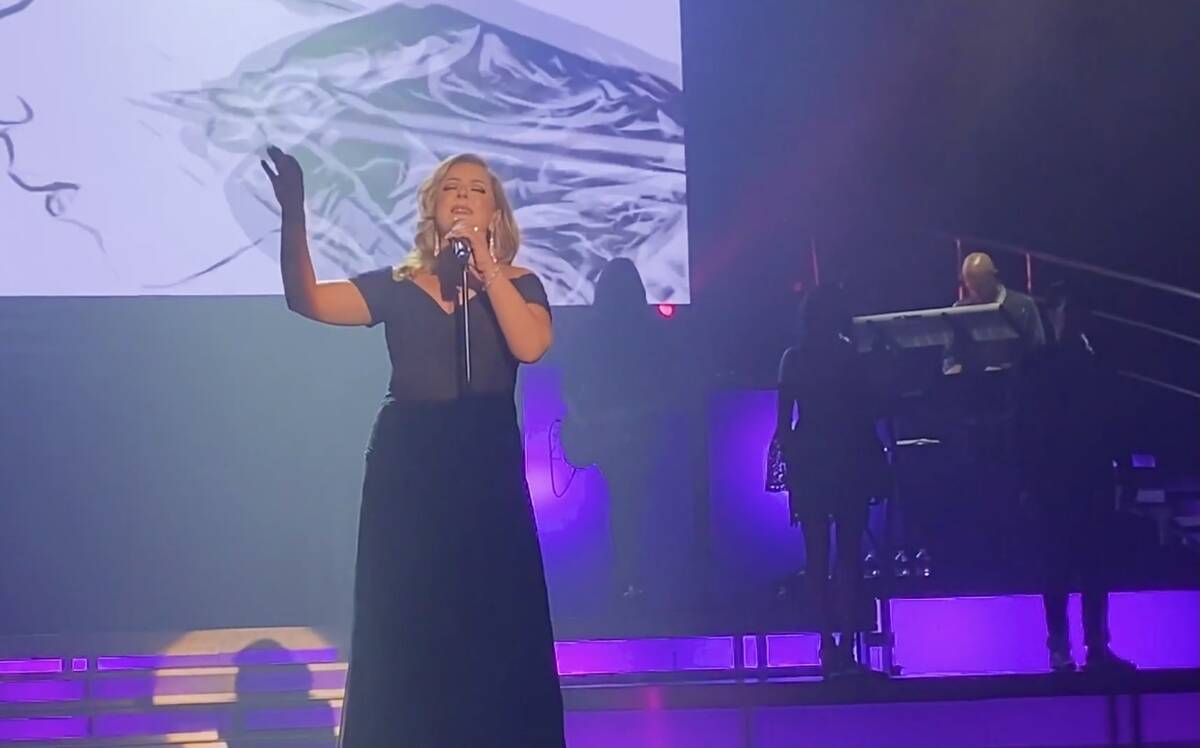 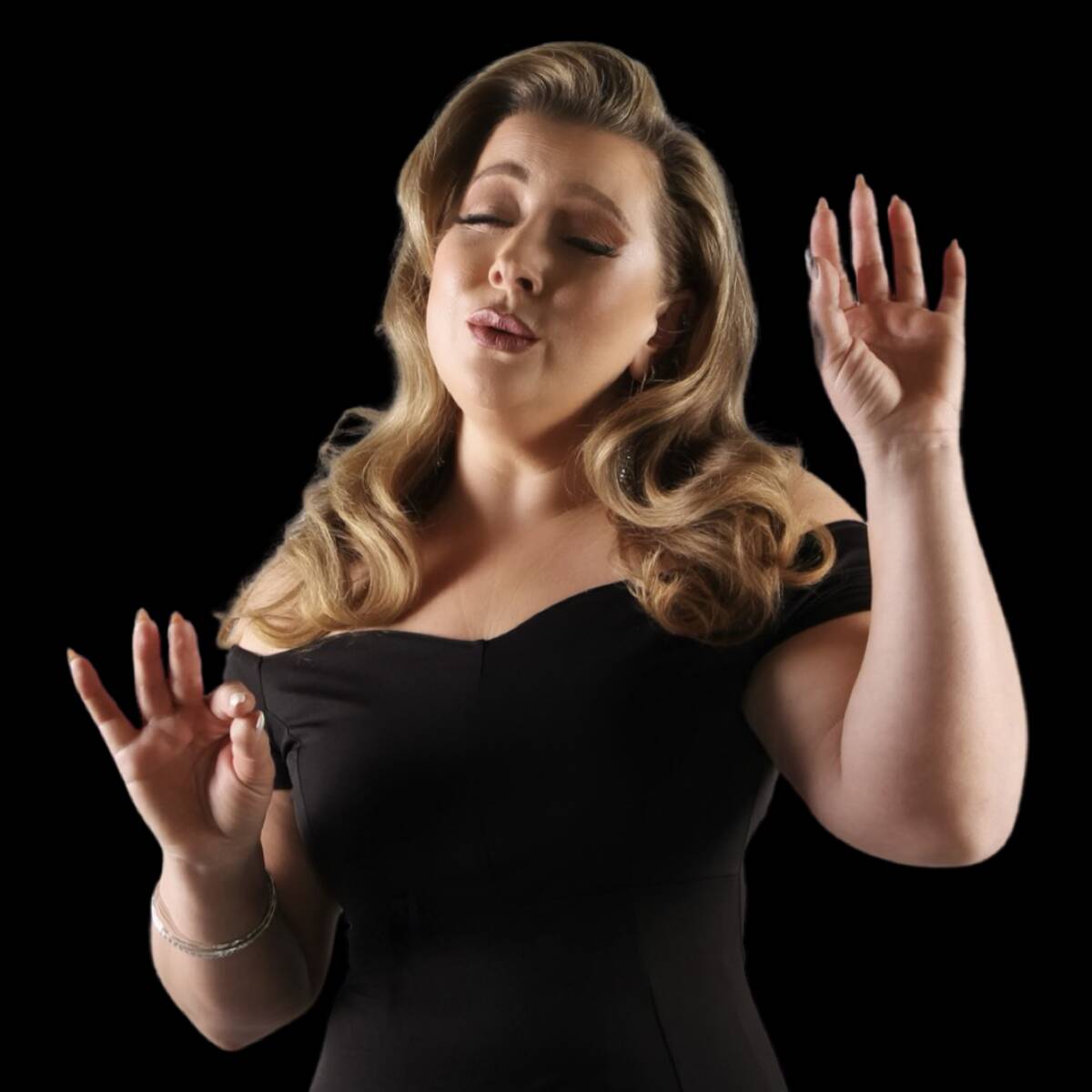 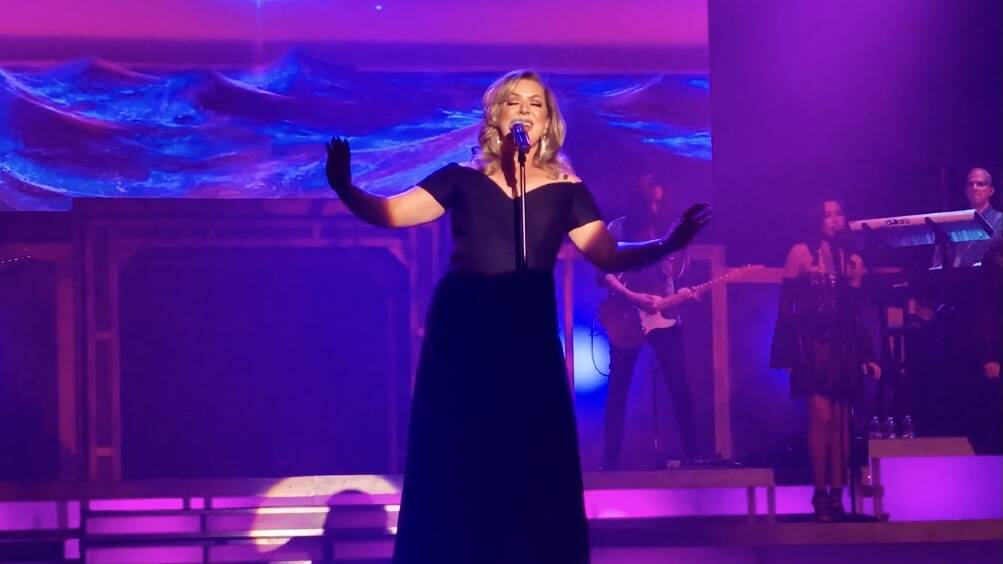 When Janae Longo talks about riding the wave of sudden success, she speaks from experience. The Adele tribute artist spent 14 years performing on Carnival Cruise lines, ascending to the cruise director position.

Longo today is cruising along in “Legendary Divas” at the Tropicana. She’s a cast member in the first all-female cast in the 35-year history of “Legends In Concert” in Las Vegas. The current cast is Longo as Adele, Elisa Furr as Celine Dion, Lisa McLowry as Cher and Tierney Allen as Lady Gaga. And an original diva, long-running Strip headliner Frank Marino as Joan Rivers, hosts.

Over the past month, “Legends” has found itself an entirely unexpected role. The show has become the Vegas outlet for fans holding Adele and Celine tickets after both superstars pulled off their Strip residency dates. The production is currently offering free admission to any fans who booked tickets to either Adele at the Colosseum at Caesars Palace or Celine at the Theatre at Resorts World.

Longo, who originally hails from Buffalo, New York, had performed just a dozen shows at the Trop when talking Tuesday morning. But she is a hot topic, and took a break from a media blitz Thursday to say “Hello,” and more, much more:

Johnny Kats: You’ve really just moved to Las Vegas recently. How did you wind up with “Legends”?

Janae Longo: “I was living in Chicago, working and doing hair (Longo is also a professional hairstylist) on a TV show called “Paper Girls,” but I just really missed singing. I’ve been a singer for more than 20 years, then the pandemic hit. I was just trying to find my path and not be on the ships, and get my legs, so to speak (laughs). I left Chicago, drove back to Buffalo, packed some things up and my father and I drove out.

You had work lined up?

I had a singing holiday gig here, so I arrived Oct. 14 and we started rehearsals on Oct. 17. It was just singing Christmas carols, not as Adele, but that was how I started in Las Vegas.

When did you audition for “Legends,” and were you anxious?

Dec. 7, and absolutely. Absolutely. They’ve had Adele in “Legends” before, but they wanted to kind of do an updated version. It hapened very quickly. I had a three-day period before the audition. I kind of went on an Adele workshop over a weekend. I sang her songs in the past, on cruise ships and whatnot, and done “Skyfall” and a bunch of other number ones.

But “Legends” is the full portrayal; it’s really like an acting role you’ve taken on, isn’t it?

Yeah, this was getting the accent down, watching her body and watching her as she’s onstage, and really trying to get her vocal inflections. It is a lot of work to get it right.

You had already been cast as Adele in the new “Legends” show, but hadn’t yet performed, when Adele announced she was canceling her shows. What did you think when that happened?

I got really nervous, because there was a lot of backlash. I didn’t know how to take it. But then, you know, I saw a chance to kind of put a positive spin on it. I really just have to remind people that Adele has been in the “Legends” shows for a long time, so it’s not something the show had planned when all this happened. I am doing it out of love and respect to the artist.

You give a speech, in character, that addresses some of the issues that have been reported in Adele’s decision to wipe out her shows. “Was it Caesars? Was it the production? Was it that pond? No, I want to be here!” How has that monologue been accepted by the audience?

They laugh, and I think because it comes from like a lighthearted place, you know? I think people get it, because it’s true. There’s no ill intent behind it. It’s just trying to be a little bit cheeky, which is how she is.

It’s kind of a delicate balance, isn’t it? You don’t want to beat up your own character, or be too aggressive in this portrayal, right?

Oh, absolutely not, and I did ask the directors. I said, “Is that fine? Are we OK to say that? Too much?” They were like, “No, no, that’s good.” They asked, “Are you going to swear?” and I don’t think so, I think that is more for her younger self than today. I just tried to make sure to the directors that everything was done tastefully and respectfully.

I’ve always been amazed at how popular Adele is, especially among singers in Las Vegas. What is it about her vocally, or as a performer, that makes her so special?

I think it’s definitely her songwriting, her emotional vulnerability and her ability to connect with people. I know, from my standpoint, her voice has really blossomed. That’s where I connect with her. She’s like a fine wine aged in a whiskey barrel with tobacco notes (laugh). I think that’s the line, and I agree with it. 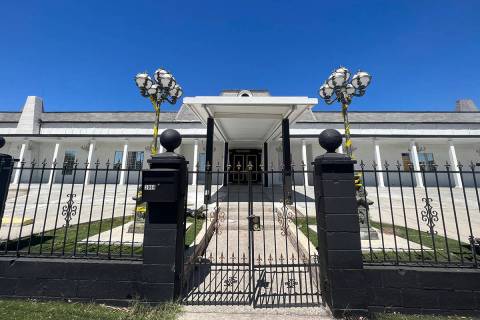