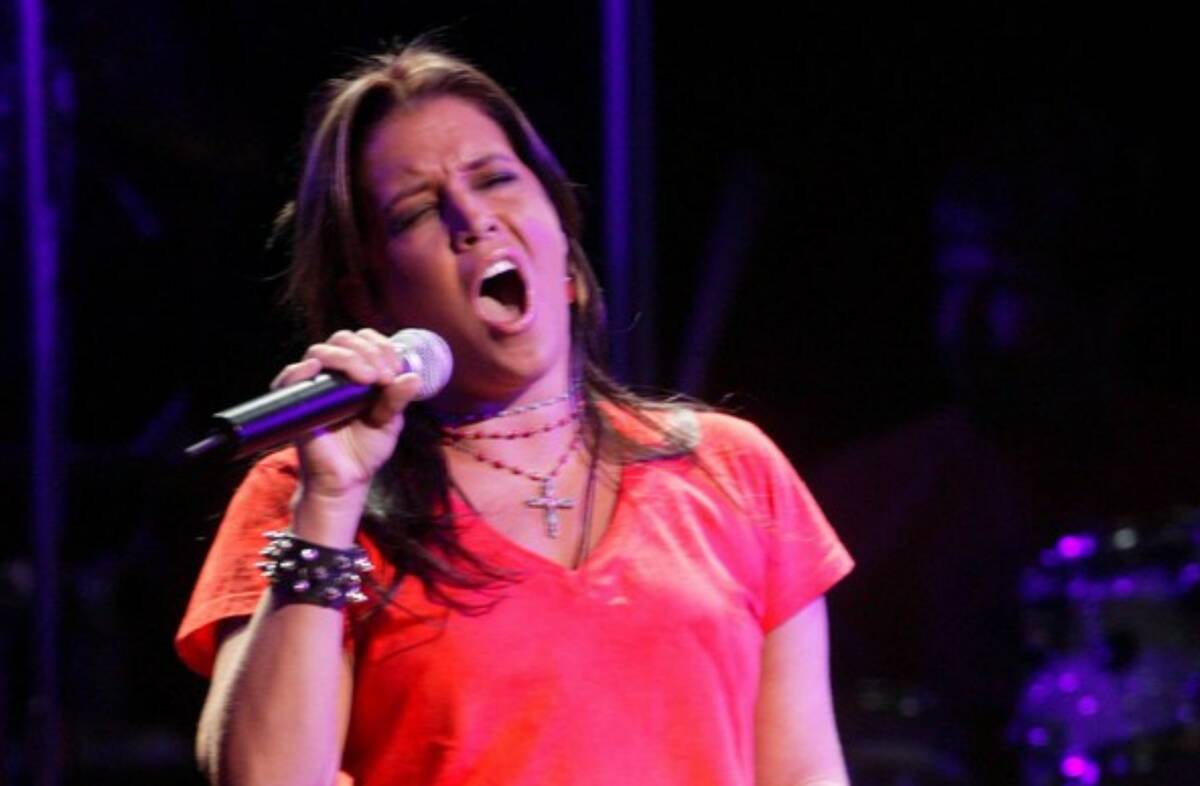 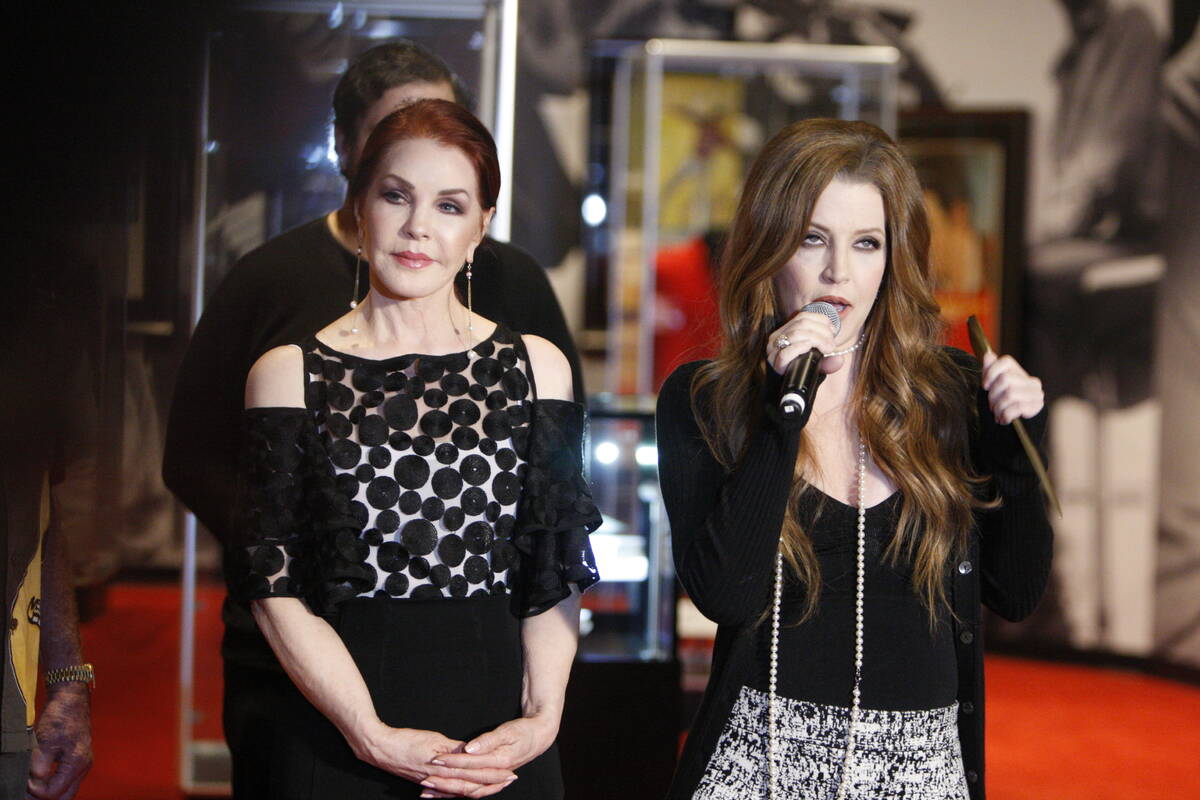 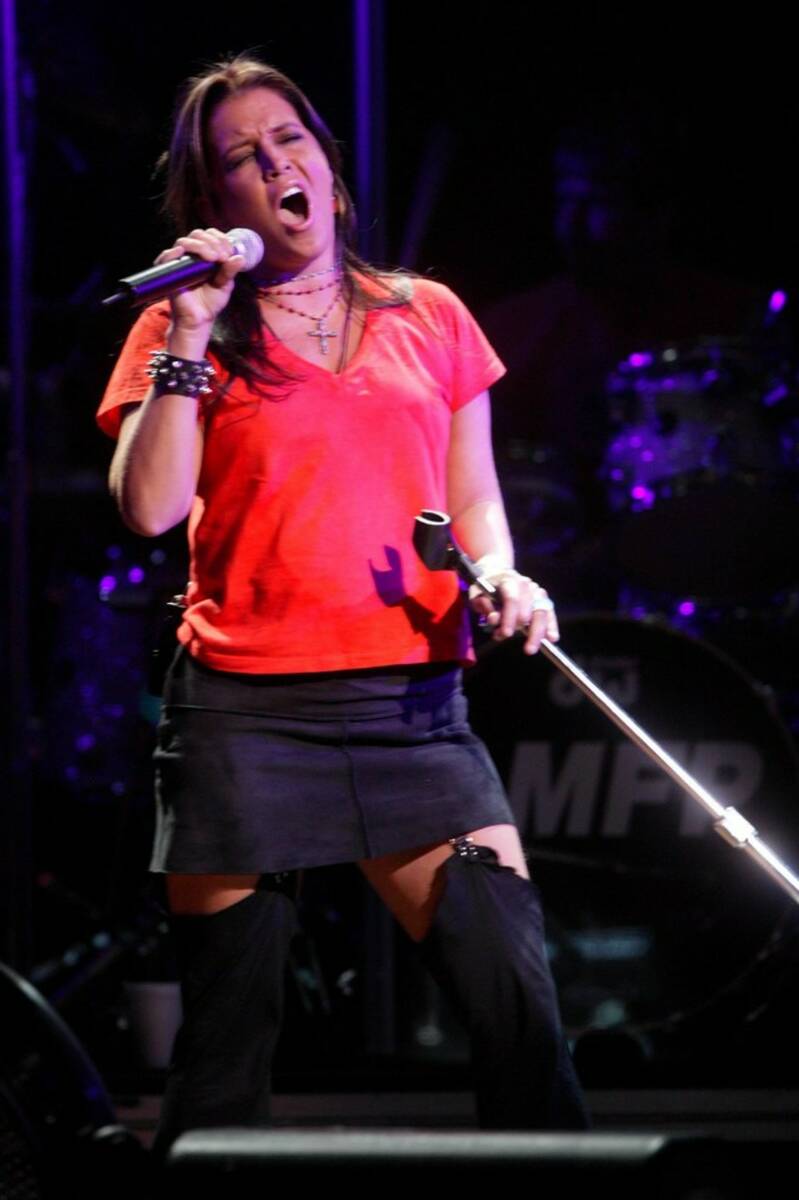 Her father set records at the International Hotel and Las Vegas Hilton. But Lisa Marie Presley also headlined Vegas, on the Strip, some 20 years ago.

Presley, who died Thursday at age 54 after suffering cardiac arrest in her home in Calabasas, California, performed at House of Blues at Mandalay Bay on Sept. 13, 2003. The concert kicked off her first solo tour. Up to that point, she’d been an opening act across the country for Chris Isaak, but never in Vegas.

In her Vegas premiere, Presley toyed with the audience by introducing herself as “Macy Gray.” At times, she curled her lip and shook her hips, mimicking her legendary father. She covered Pat Benatar’s “Heartbreaker,” and sampled from her debut album, “To Whom it May Concern.”

The only child of Elvis and Priscilla Presley returned to House of Blues in 2005. A year later, she headlined a club gig at Empire Ballroom (later Mosaic on the Strip, which closed last year).

But Presley more frequently visited Las Vegas with her mother. The two attended the opening of the Cirque show “Viva Elvis” at Aria in 2009. Lisa Marie Presley was at her mother’s side when Priscilla Presley was honored as Nevada Ballet Theatre’s Woman of the Year at the 27th annual Black and White Ball at Aria in January 2011.

In April 2015, the Presleys were together in Vegas once more, to open “Graceland Presents: The Elvis Presley Experience” at Westgate. The resort is formerly the International and Las Vegas Hilton, where Elvis had performed from 1969-76. The 30,000-square-foot museum, wedding chapel and stage show was a full-scale tribute to the King.

Several family photos and home movies were included in the attraction.

“This is an important building to my family,” Lisa Marie said at the time. “It’s powerful to be back in Las Vegas.”

Westgate Resorts founder David Siegel said in a statement Thursday, “All of us at Westgate are deeply saddened by the news of Lisa Marie Presley’s tragic passing. Our thoughts and prayers go to our dear friend Priscilla and the entire Presley family.”

Priscilla Presley most recently appeared at South Point Showroom last April in a multimedia, biographical presentation. Lisa Marie was featured throughout the showcase. There had been word as recently as last week that Priscilla was planning to return the show to the hotel.

The Presley legacy lives on in Las Vegas through ceremonies themed for the King. A memorial is being arranged at Graceland Wedding Chapel, one of several downtown chapels licensed by Authentic Brand Group, which owns Elvis Presley Enterprises and oversees Presley’s name and likeness.

Graceland General Manager Rod Musum said Thursday night, “We are just devastated. We are inviting people to come down her, bring candles, sing and pay tribute.”