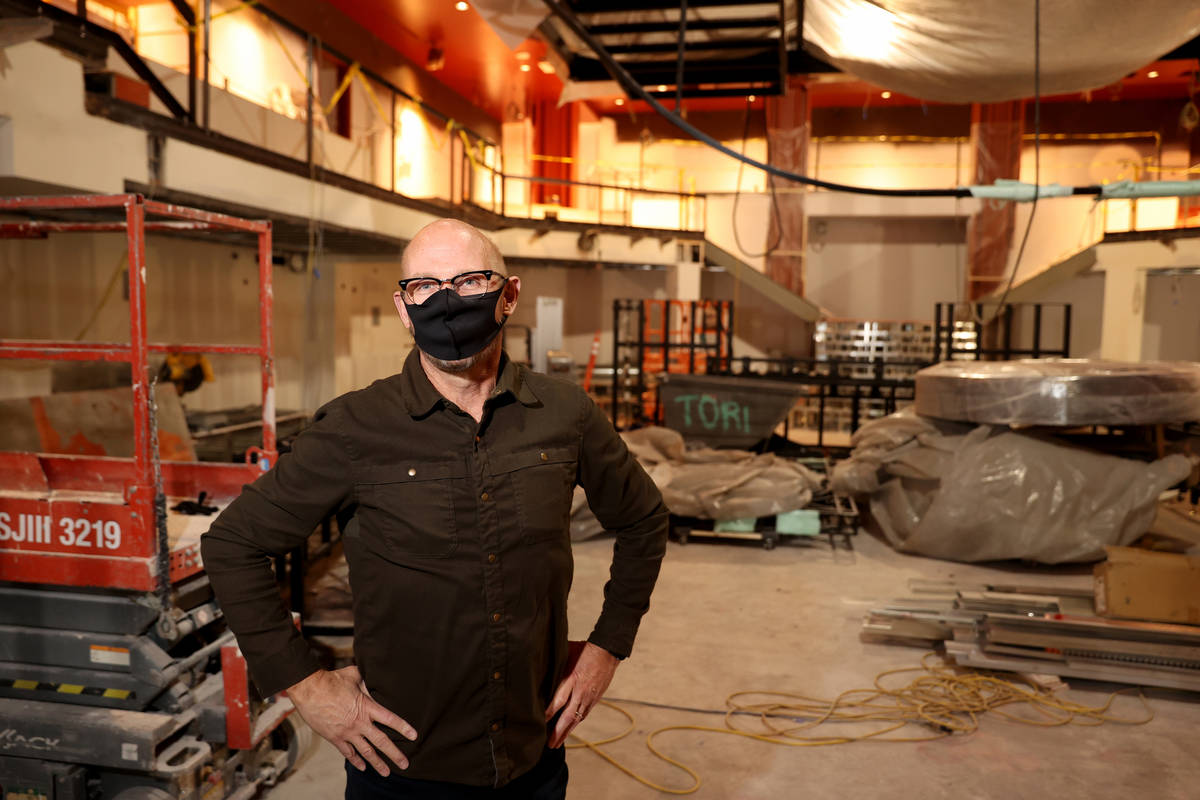 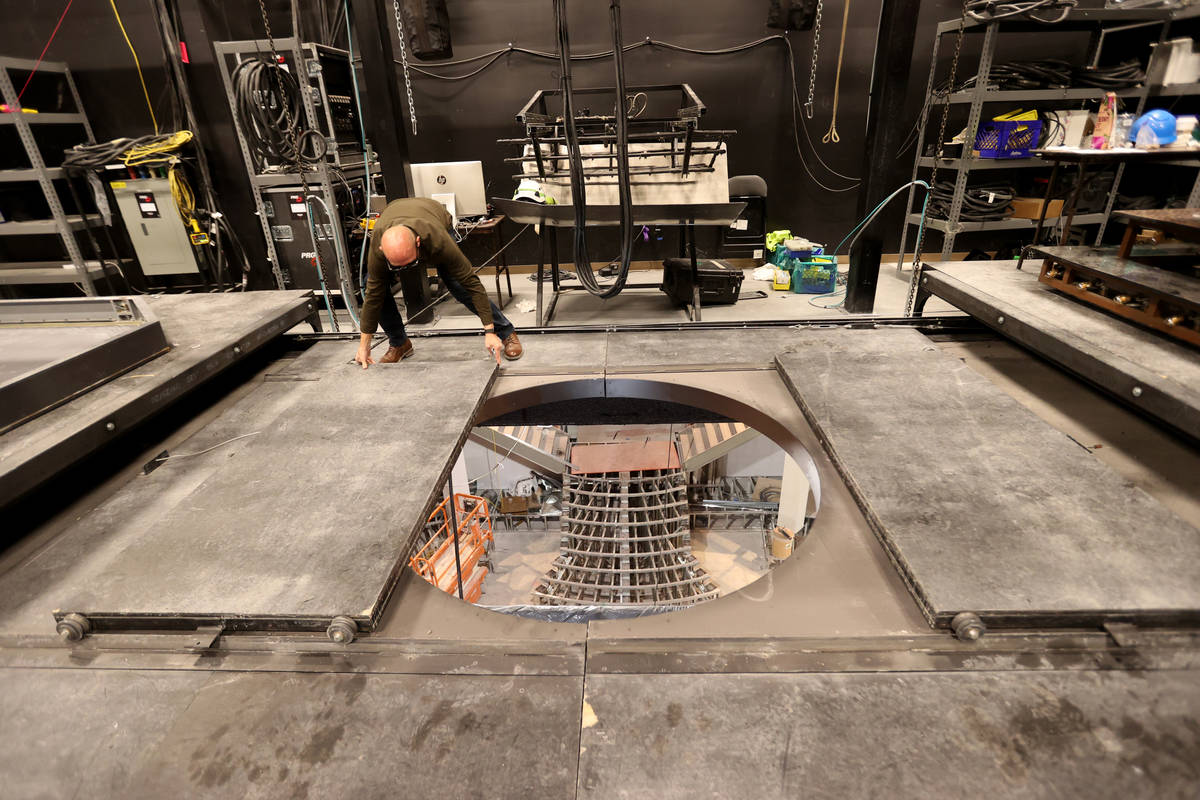 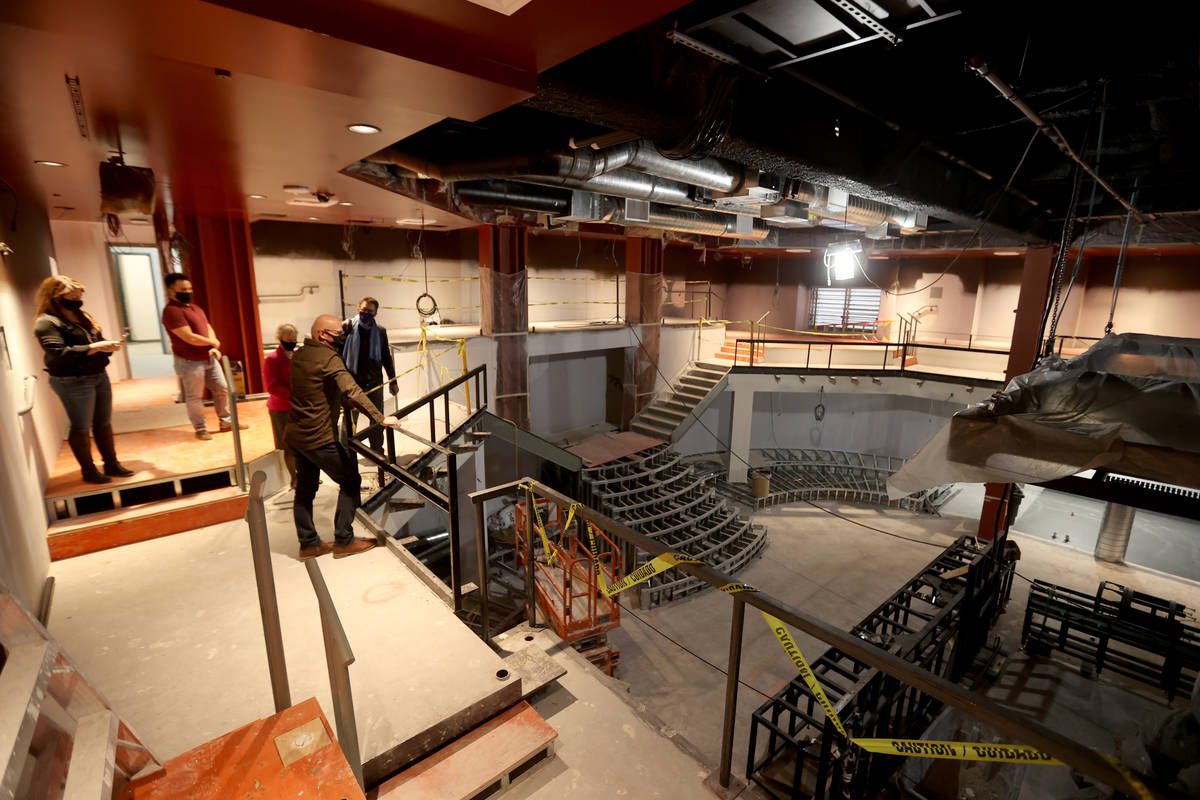 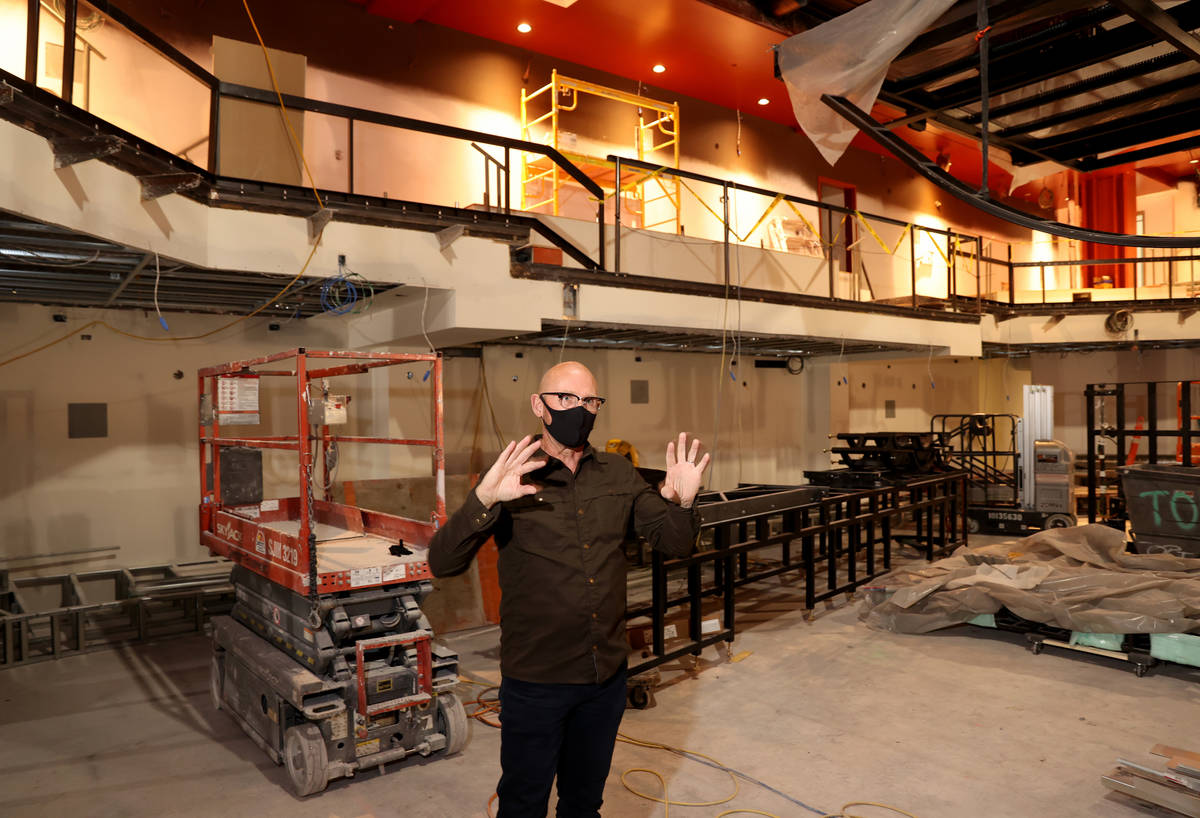 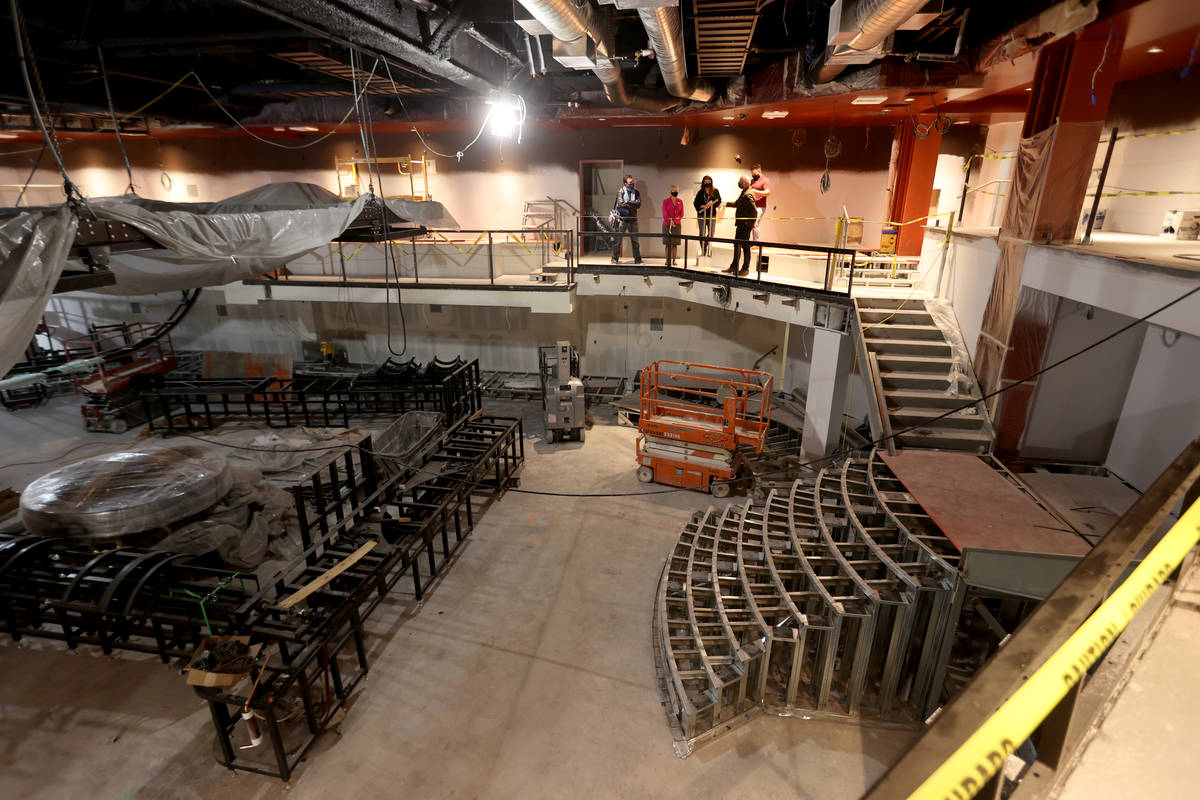 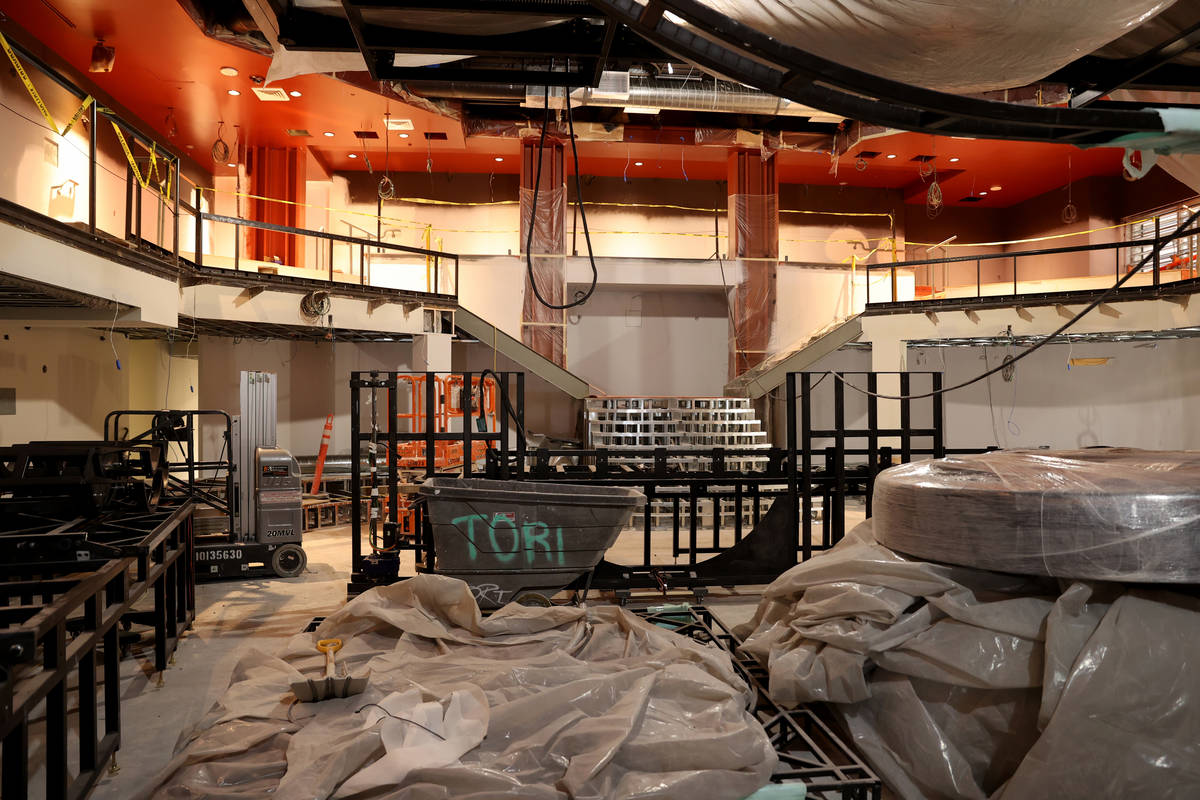 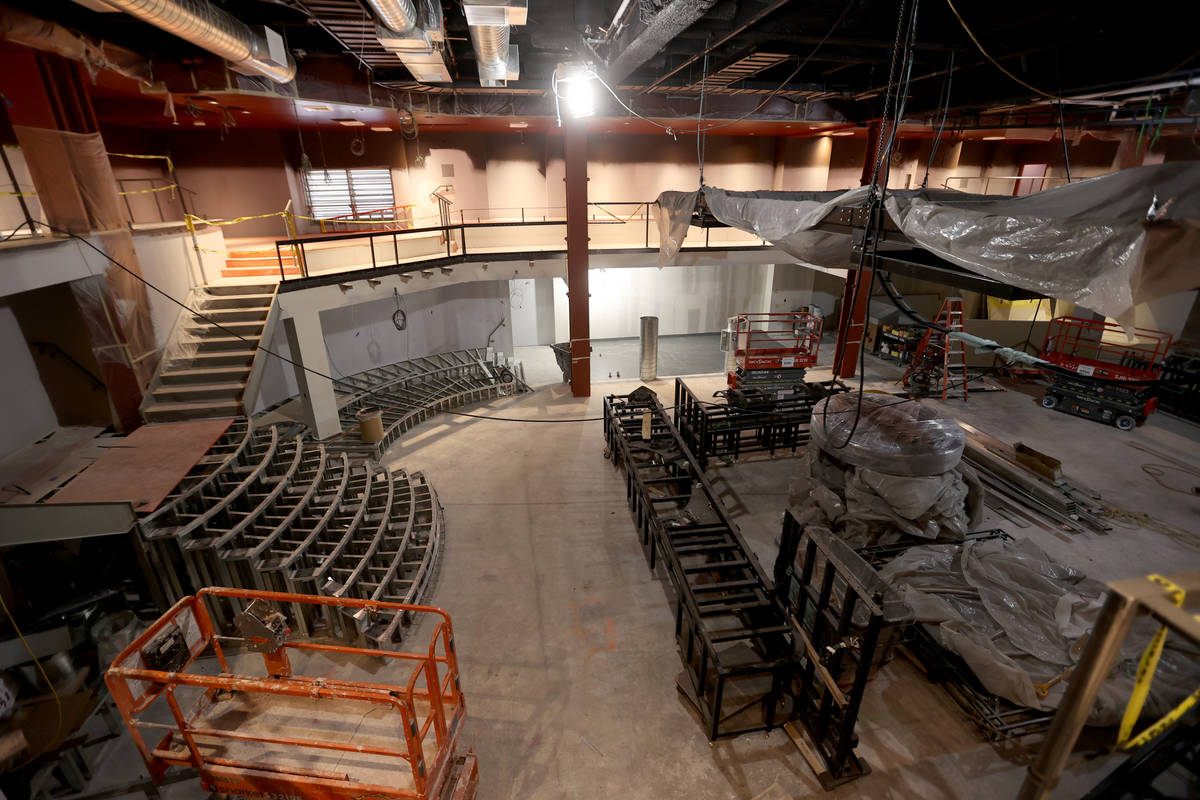 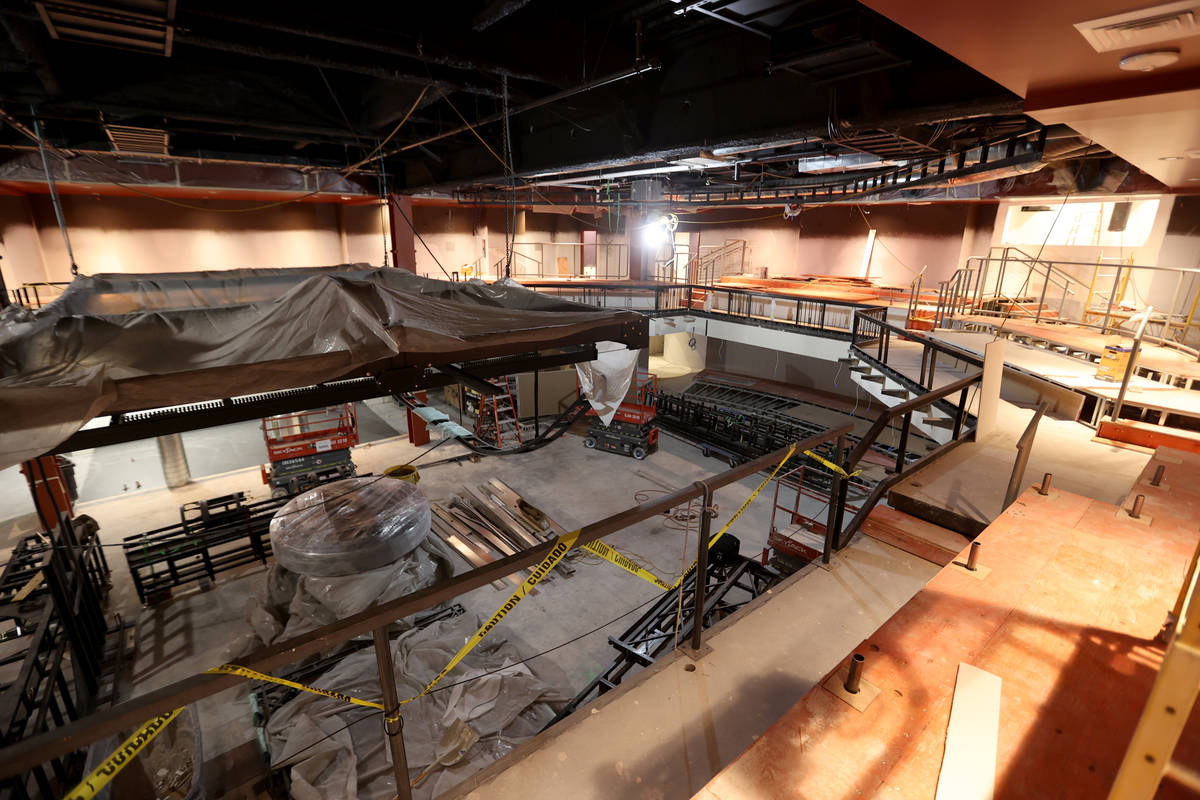 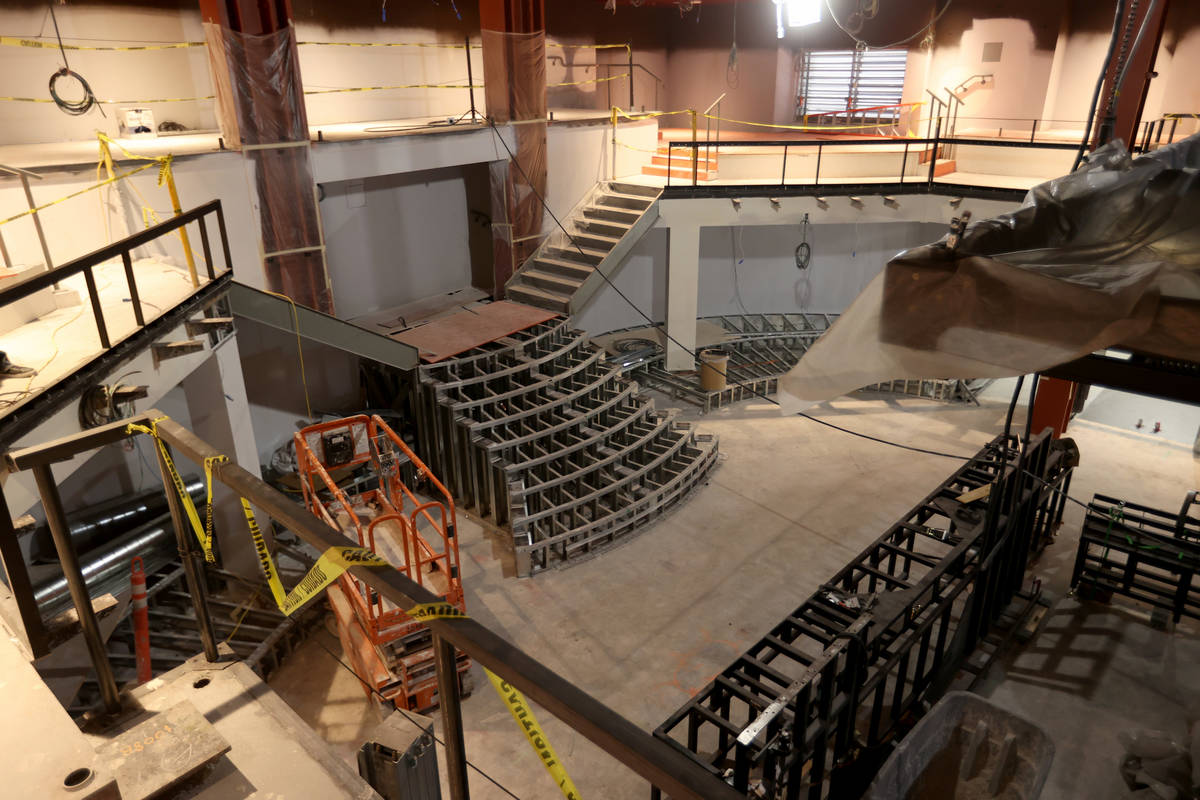 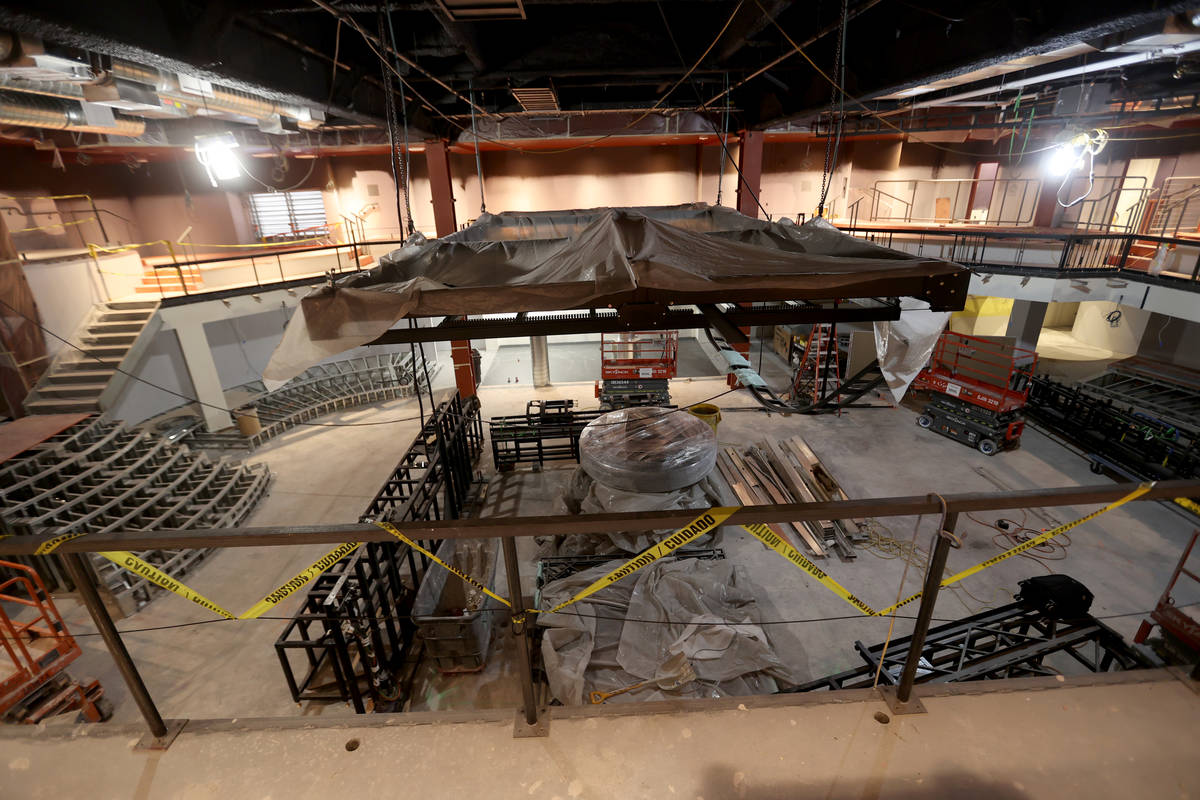 You need architecture, preferably something with a significant “Wow!” factor. An aerial drum set appearing through a trap door, for instance. Maybe a couple of zip lines so the performers can cut the distance in the theater. Or a pair of performance platforms on a two-story bar, and a classic-Vegas staircase.

“Magic Mike Live” is constructing that, and more, at Sahara Las Vegas. Set to formally reopen Aug. 27, the show is shedding the mystery of its new venue like a cast member doffing a torn T-shirt, allowing a first glimpse last week.

Magic Mike Live Theater is positioned on the hotel’s second floor, taking up what used to be convention space and the former buffet location. Selling at 450, or 500 at standing-room-only, the shows are hoping to be able to play at full capacity. But there are socially distant variations, adjusting to COVID realities, and expect many of the familiar protocols (sanitizing stations, contact-less beverage service and the like) to remain for the late-August reopening.

“We will learn as we move along what actually will be allowed in terms of content in the show,” says Executive Producer Vince Marini, who added that the production will work with the Gaming Control Board in May to strategize its reopening. “We will need time to make the adjustments, but we are confident we can make this show a great night out.”

At 30,000 square feet, the new Magic Mike Live Theater is similar in design, but about twice the size of its old venue at Hard Rock Hotel, where the show ran from 2017-2019. That club, originally built as Body English nightclub, took up space in the basement, down two flights of stairs rather than up the escalator. The room was distinctive, but also awkwardly set up for a stage show, with unfortunately placed pillars blocking the audience’s view.

The Sahara showroom takes up two levels, in the round, same as at Hard Rock. But the zip-line effect and staircase between the two levels are new effects. Overall, the venue should prove to be the trend-setter among male revues in Vegas. Work has been ongoing for more than a year, as the show was first planned to open at the hotel in spring 2020.

“Construction should be materially finished by the end of the month,” Marini says. “We’ll be ready to rehearse by May and June.”

Take note of that timeline, as May is a long spell before August. The show will be rebuilt and ready to perform long before the announced Aug. 27 date. If you surmised that there will be some “Magic Mike Live” activity inside that room, you would be right.

Formally, Marini says, “Basically we are working on a related project involving the brand that will involve the creative and producing teams. More about this will be announced shortly.”

As a Vegas production, “Magic Mike Live” is pushing the throttle just to maintain the pace and standards established over the years by rival productions. The teeming-with-Australians “Thunder From Down Under” at Excalibur, and “Chippendales” at the Rio have burned the box office since the early 2000s.

More recently, the plucky Australian-themed production “Aussie Heat” has found a niche under pandemic protocols since June at Mosaic On The Strip.

“Magic Mike Live,” a co-production of Base Entertainment and Channing Tatum’s production company, has been able to keep its cast largely intact through the shutdown. Some have maintained a public performance schedule. Lead performer David Terry hosted at Kenny Davidsen’s show at Tuscany Suites earlier this month.

“We are fully expecting the whole cast to come back, and have been working with them through the pandemic,” Marini says. “They are in great spirits, and the show has helped supplement their unemployment insurance to assist them. They have all found different ways to stay in Las Vegas in the short term. But I’m amazed we are not losing anybody.”

The Las Vegas show is “Magic Mike Live’s” flagship. The production has performed in a Spiegeltent in Sydney, moving on to Melbourne in June. That production was pulled from the stage during a COVID outbreak in December. The show also has versions set to open in London in May, and Berlin in September.

And, Tatum is still on board as co-producer and the show’s superstar presenter. There remains the chance he’ll follow and put his skin in the game, for real, with the Vegas cast.

This whole concept began with Tatum playing Mike Lane in the film series, and he does have a brief history as a dancer in an adult nightclub in his hometown of Tampa, Fla.

“He’s only said to us that if he’s ever in that kind of shape again, love to do it,” Marini says. “I think he’s got a really exciting year coming up on the film front, but he’s going to continue to support the show creatively and from a PR perspective.” For the show’s fans, some post-pandemic Tatum grooving would generate real magic.