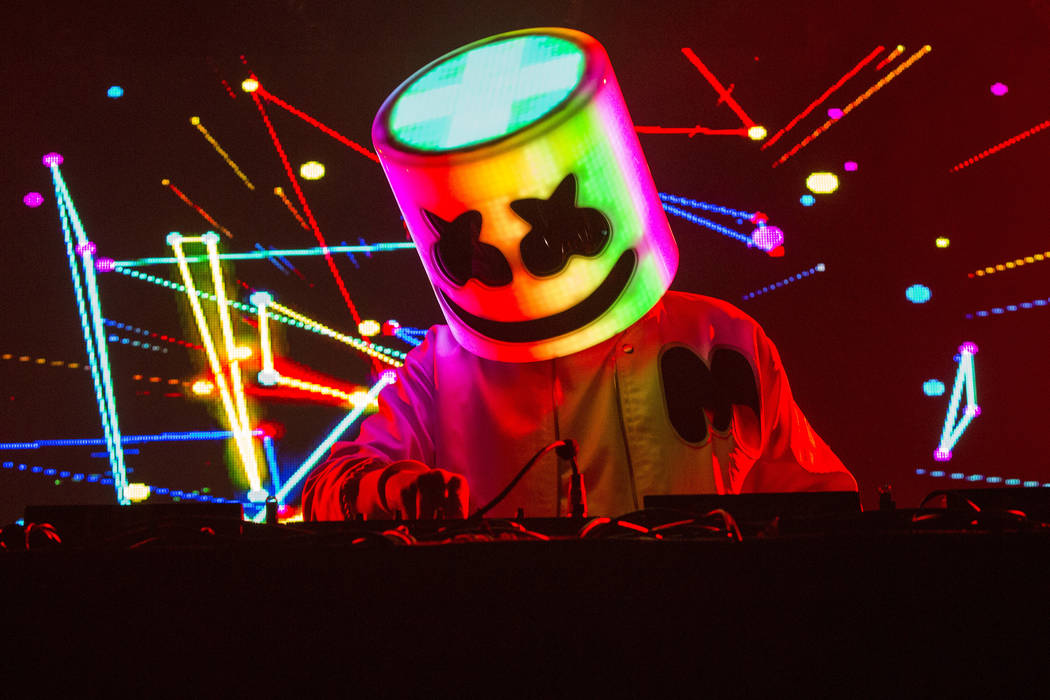 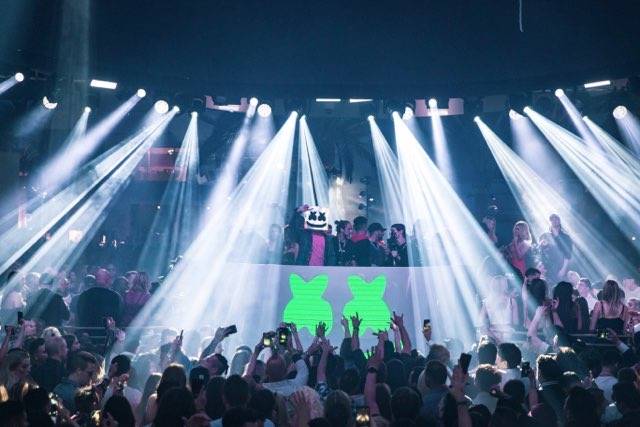 Superstar DJ Marshmello is shown at the opening-night scene at Kaos Nightclub and Dayclub at the Palms on Thursday, April 4, 2019. (Tony Tran) 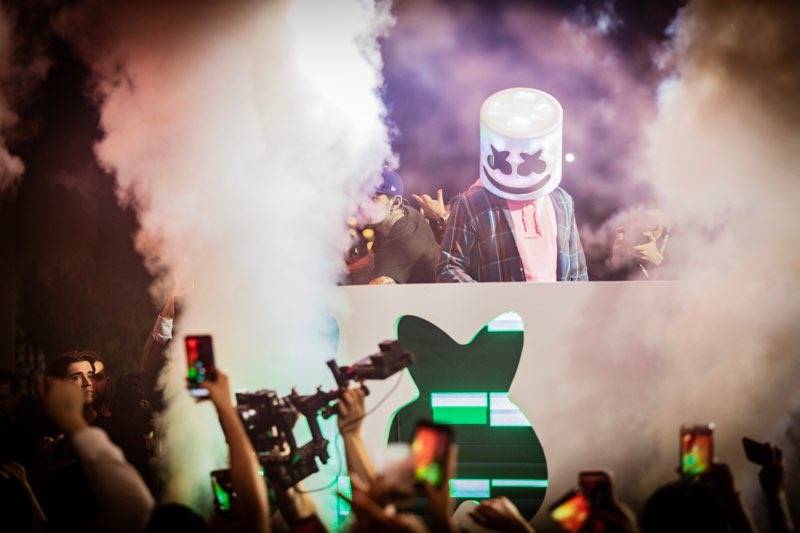 Superstar DJ Marshmello is shown at the industry night preview of Kaos Nightclub and Dayclub at the Palms on Thursday, April 4, 2019. (John Katsilometes/Las Vegas Review-Journal)

Marshmello is formally fini at Kaos Nightclub and Dayclub at the Palms, and the hotel has negotiated his departure.

This is the latest verifiable info from the hotel’s nightlife fortress. Multiple sources familiar with the Palms’ financial arrangement with the superstar DJ indicate he has formally split with the resort. The performer’s groundbreaking, $60 million, two-year contract is viewed by industry vets as too high for the ambitious nightlife haven, which needs about 6,000-8,000 guests per day and night at peak business to hit its numbers.

Marshmello had satisfied about half of the dates on his original deal, which was signed in April and reportedly earned him about $600,000 per weekend.

Palms reps have not responded to requests for comment about the agreement, or how the hotel plans to fill the void created by the departing DJ. Efforts to reach Marshmello’s management team have been unsuccessful.

However, knowledgeable nightlife sources say the hotel would be paying millions to close such a deal, while covering less than half of the remainder of the DJ’s original contract. Or, somewhere south of $30 million. That information is in line with the @VitalVegas Twitter page, which has also noted the hotel’s plans for a buyout, but with a higher financial figure.

Kaos, dark at the moment, is still going forward with plans for its Kaos Dome, re-opening in time for Cardi B’s “Demon Dome” Halloween party. The Dome will be up until the spring, but absent its bucket-headed superstar.

The timing of Marshmello’s departure coincides with the hasty ouster of Wynn Nightlife chief Alex Cordova, who left the company last week. Marshmello is a former Wynn headliner at XS Nightclub and Encore Beach Club, and was at the center of a spirited bidding war between Kaos and Wynn Nightlife.

I wanted to thank my family at Wynn & Wynn Nightlife for a remarkable four years. It has been an incredible ride and an absolute pleasure to work with all of you. I will miss you all and wish you the best of luck.

Cordova has posted a giant “THANK YOU” message to the Wynn on his Instagram page. Among the comments is a message from the Stitched clothing company account forecasting Cordova’s next move: “So eXXXcited to announce you’re coming to STITCHED. Long over due. Let me know when I can tell everybody?”

The message is signed “Eamon”; Stitched’s founder is Eamon Springall, and the company operates a chic boutique at the Cosmopolitan of Las Vegas. Whether this move suits Cordova, of course, remains to be seen.

Look for a Dec. 15, 2020, reopening of Virgin Hotels Las Vegas, where plans were originally to shoot for an October/November 2020 relaunch. Plans on Super Bowl Sunday are for a major Las Vegas rock act — one of three, and you can guess which three — to perform the final show ever under the Hard Rock brand.

Also of interest to live-entertainment fans is plans for Vinyl rock club to remain open at the new Virgin Hotels Las Vegas. Originally, that space was to be pulled apart for a nightclub concept. Now, ownership company JC Hospitality President and CEO Richard “Boz” Bosworth says the space will be salvaged.

Does that mean “Raiding the Rock Vault,” the tireless classic-rock production show, might survive in the Virgin resort? “I hope so,” Bosworth says, allowing that this is really recent news. “Rock Vault” opened at the then-Las Vegas Hilton in March 2013, and has survived multiple owners at LVH, Westgage Las Vegas, Tropicana and now Hard Rock.

Also, the hotel is entertaining ideas for the Body English/Club Domina space being vacated by “Magic Mike Live” on Nov. 24. That show is heading to Sahara Las Vegas next spring. Bosworth says he’s reviewing production-show concepts, and also the possibility that headliners at the Joint can duck in for a scaled-back or acoustic set. The room could even conceivably be used as a stage for Vegas emerging artists during the week.