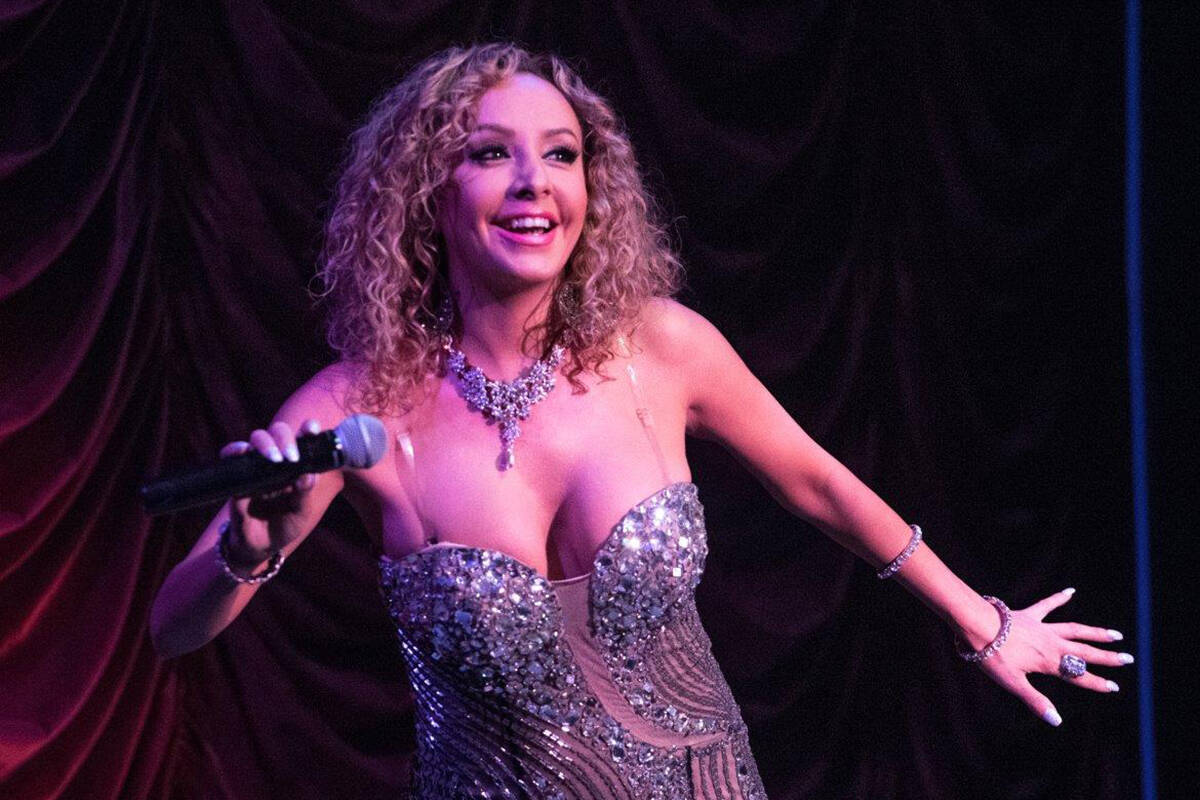 Lorena Peril and the cast of “Fantasy” celebrates its 17th anniversary and 2017 calendar unveiling Tuesday, Oct. 25, 2016, at The Luxor in Las Vegas. (Tom Donoghue) 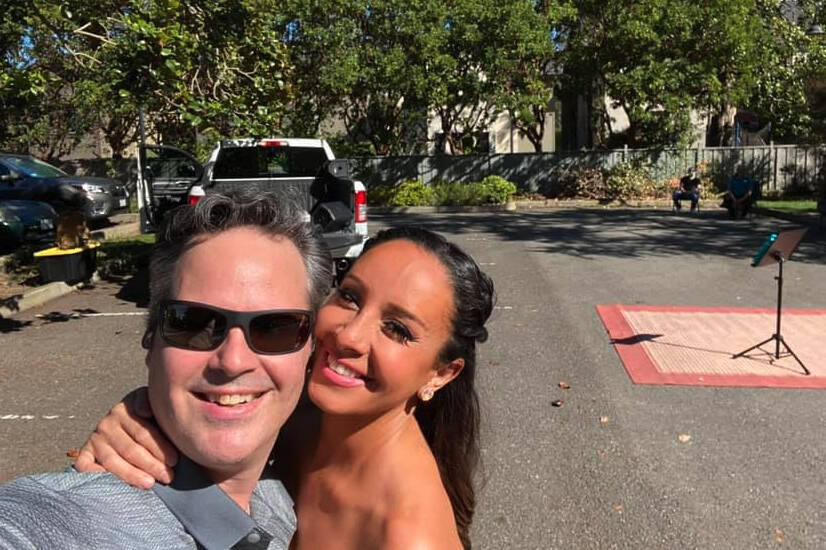 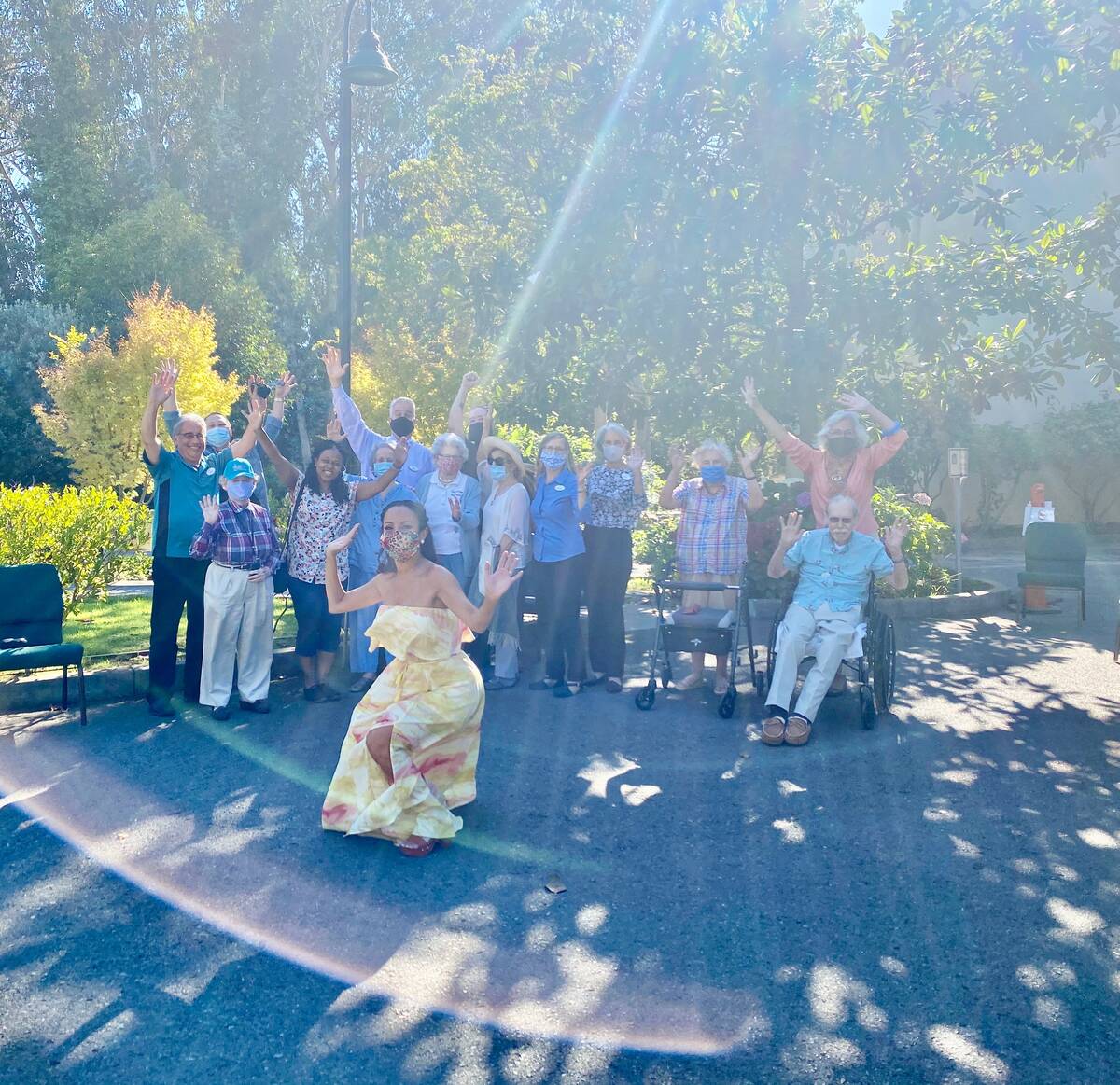 Lorena Peril performs at the Arden Wood Christian Science Nursing Care facility in San Francisco, where she worked for four years starting when she was 18. (Lorena Peril) 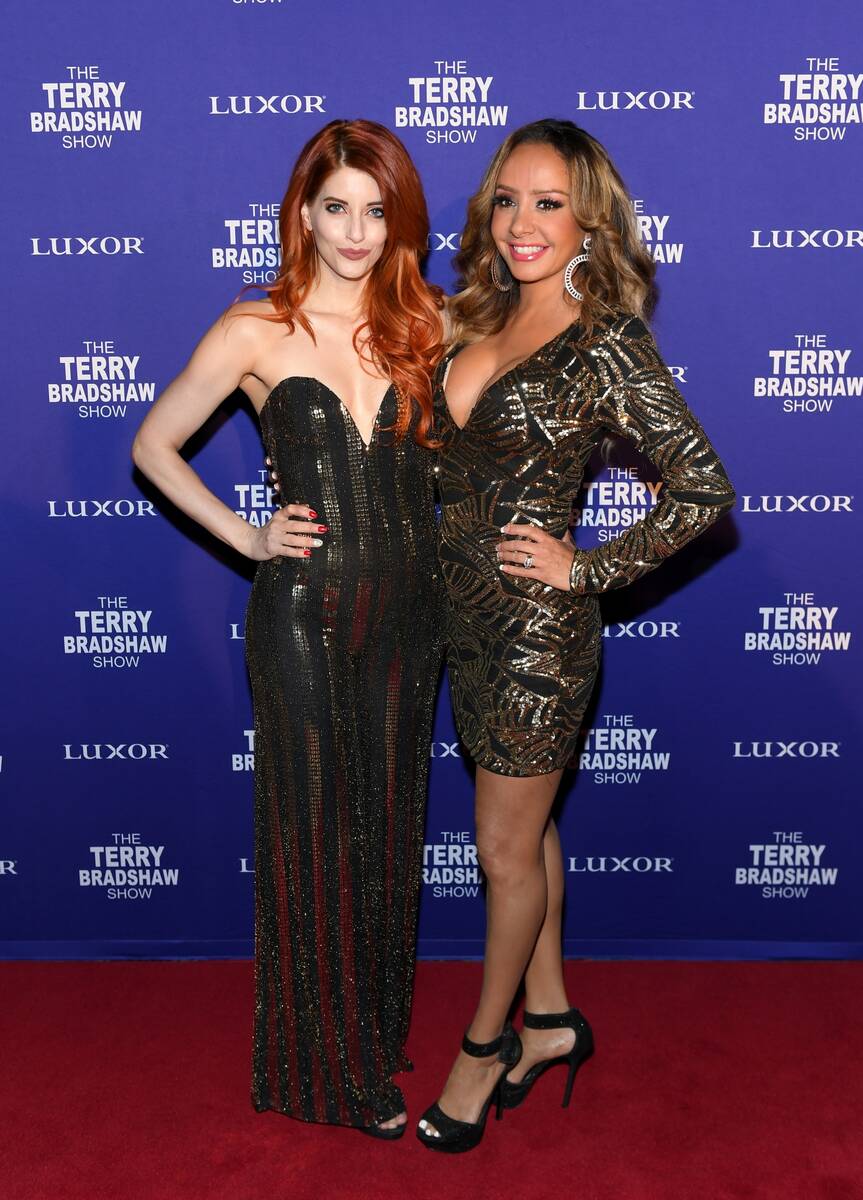 Italian American Club GM Ben Spano applies informal methods to book acts at the club’s showroom. Sometimes he’ll send a note on a cocktail napkin to a headliner onstage, with a message, “You’re coming back Aug. 8.” Or, he’ll call out from the wings, “We want you back for a Christmas show!”

“I sat in one night with Anne, and Ben handed me his card said, ‘You ready to do a show? Let’s do a show,’ and that was it,” says Peril, who also appeared with Martinez in Terry Bradshaw’s show at Luxor (Martinez is also a swing in “Fantasy,” further strengthening the singers’ bond). “I thought it was a great idea. I’d noticed that everyone who plays there has a theme. I have a theme ready, in my life story.”

Those who read this column know it well. Peril was a housekeeper at Arden Wood Christian Science Nursing Care facility in San Francisco. She worked there for four years, starting at age 18. Her mother, Ofelia Baker, also worked at the residence.

In a tale fit for Disney, Peril had been singing while scrubbing toilets and laundering bed sheets. Her natural range and resonance sparked an idea from fellow co-worker Phil Serrano, who was also a burgeoning professional guitarist.

Serrano suggested the two perform small gigs around town. The Perilous Partners were born. Peril later went on a Carnival Cruise Line trip with her mom, and entered a talent show on the ship. She recorded a song in a recording kiosks for ship passengers, and submitted it to the company.

Six months later, Peril was a pro singer on the cruise line. Soon after, she moved to Vegas to perform in the “Legends”-styled “American Superstars” at the Stratosphere (The Strat, today), where she performed as Christina Aguilera. Peril also fronted the bands Sunset Strip and Sin City Bad Girls at the then-Shimmer Cabaret at Las Vegas Hilton. She was hired at “Fantasy” in 2010.

Peril has spent 10 years, total, in the show, including a break to tour with the stadium version of “Grease” in Europe and travel with her musician husband, musician Ray Jon Narbaitz. Peril returned to “Fantasy” in 2016. The show’s producer, Anita Mann, supports Peril’s efforts.

Nearly all of the member of Wednesday’s backing band have been integral in Peril’s path to the Vegas. Steven Lee is on guitar; his wife, former “Zumanity” music director Brenda Leonard Cowart, is on keys (both date to Sunset Strip and Sin City Bad Girls); percussionist and vocalist Carlos David; sax great “Smokin” Joe Escriba, who was music director for Bradshaw’s stage show; Danny DeMorales, who has backed Gladys Knight and Wayne Newton over the years; drummer George Bryant, currently in Zowie Bowie’s band and a friend of Peril’s since the cruise-ship days; and veteran trumpet player Sergio Adame.

We might see a drop-in from Ray Jon, who has hung up the guitar to join the Teamsters Union in Vegas. The couple returned to the Arden Wood community during the COVID shutdown in October 2020.

Peril performed again for the residents, bringing her Vegas star power to the facility’s parking lot. The locals dubbed the show, “Housekeeper to Headliner.” From S.F. to Vegas, the title fits.

The leader among all Cirque du Soleil productions is marking an anniversary Saturday. “Mystere” is performing its 13,000th show at Treasure Island. This is the most shows ever by a Cirque production anywhere in the world. The company’s longest-running productions on tour, “Quidam” and “Alegria,” both performed about 7,000 shows over 20 years. (“Alegria” has been revamped and is back on the road.)

Celine Dion’s reps have volleyed back requests for updates for her upcoming return to the stage. We have long anticipated the plan is for Dion will re-open at The Theatre at Resorts World by the end of this year. Possibly early 2023. But to work a series on the Strip before turning to her oft-delayed world tour.

Fez Night is upon us.

That’s the opening-night celebration at 8 p.m. next Tuesday for The Golden Tiki’s seventh anniversary. The club in the Chinatown culinary and entertainment center is celebrating with themed parties over eight nights. I dropped into the place late Sunday (about midnight) and had a fine time noshing on meat balls and drinking cans of Weird Water. The club holds fast to its Trader Vic’s-fashioned theme, and quirky, late-night vibe. Live entertainment nightly. Shrunken heads abound.