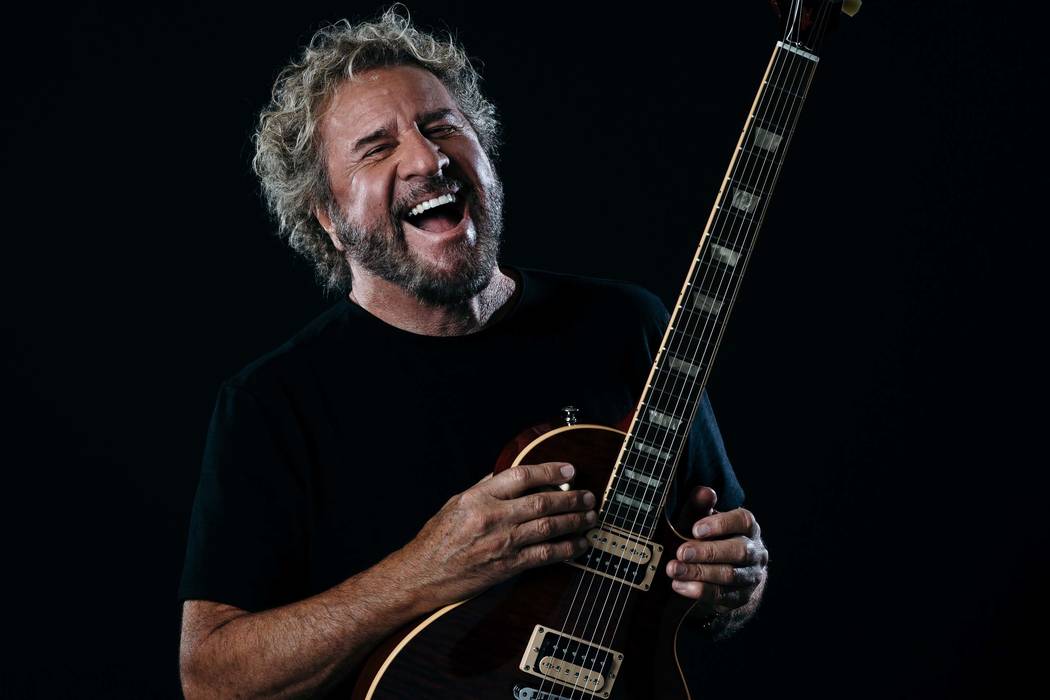 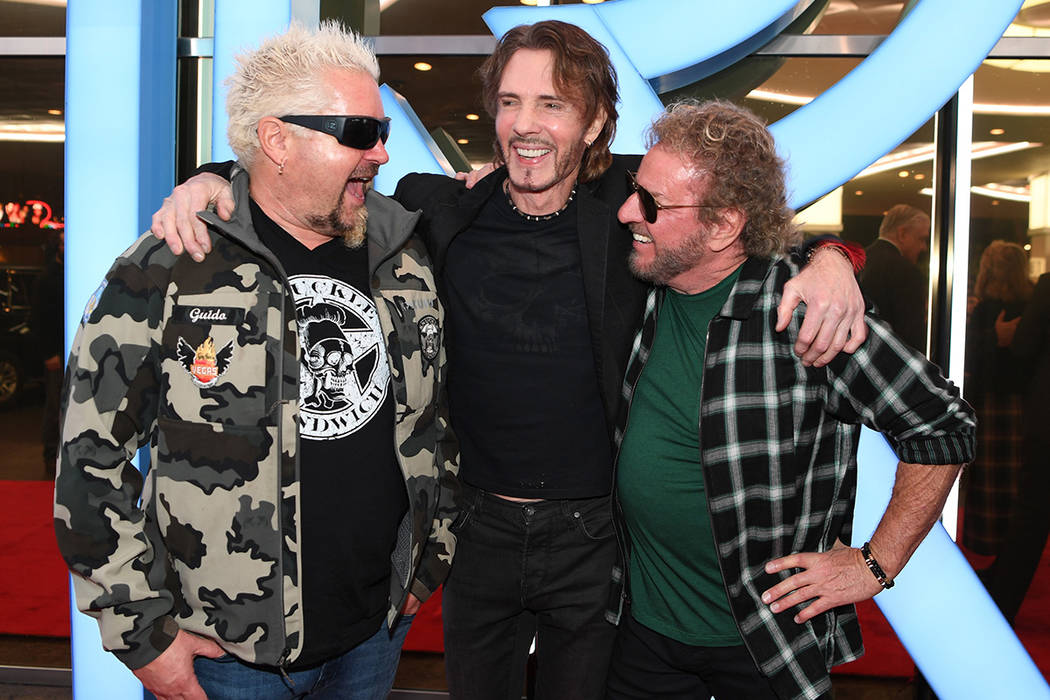 Guy Fieri, Rick Springfield and Sammy Hagar attend the ribbon-cutting ceremony for the reinvention of The Strat Hotel, Casino & SkyPod on Wednesday, Jan. 22, 2020, in Las Vegas. (Photo by Denise Truscello/WireImage) 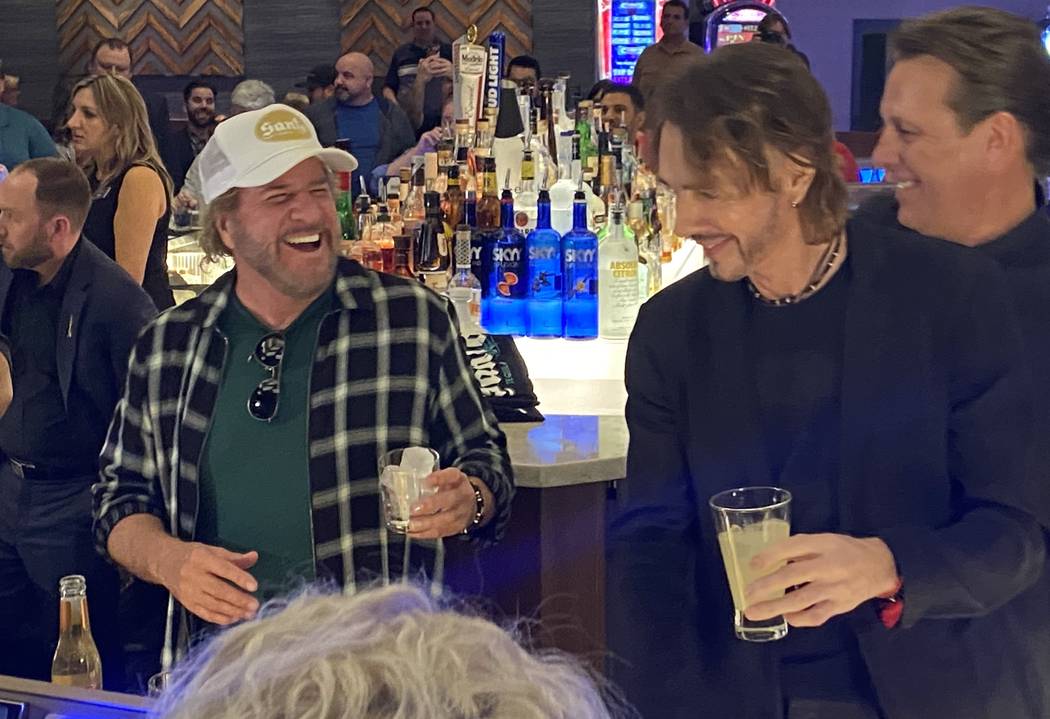 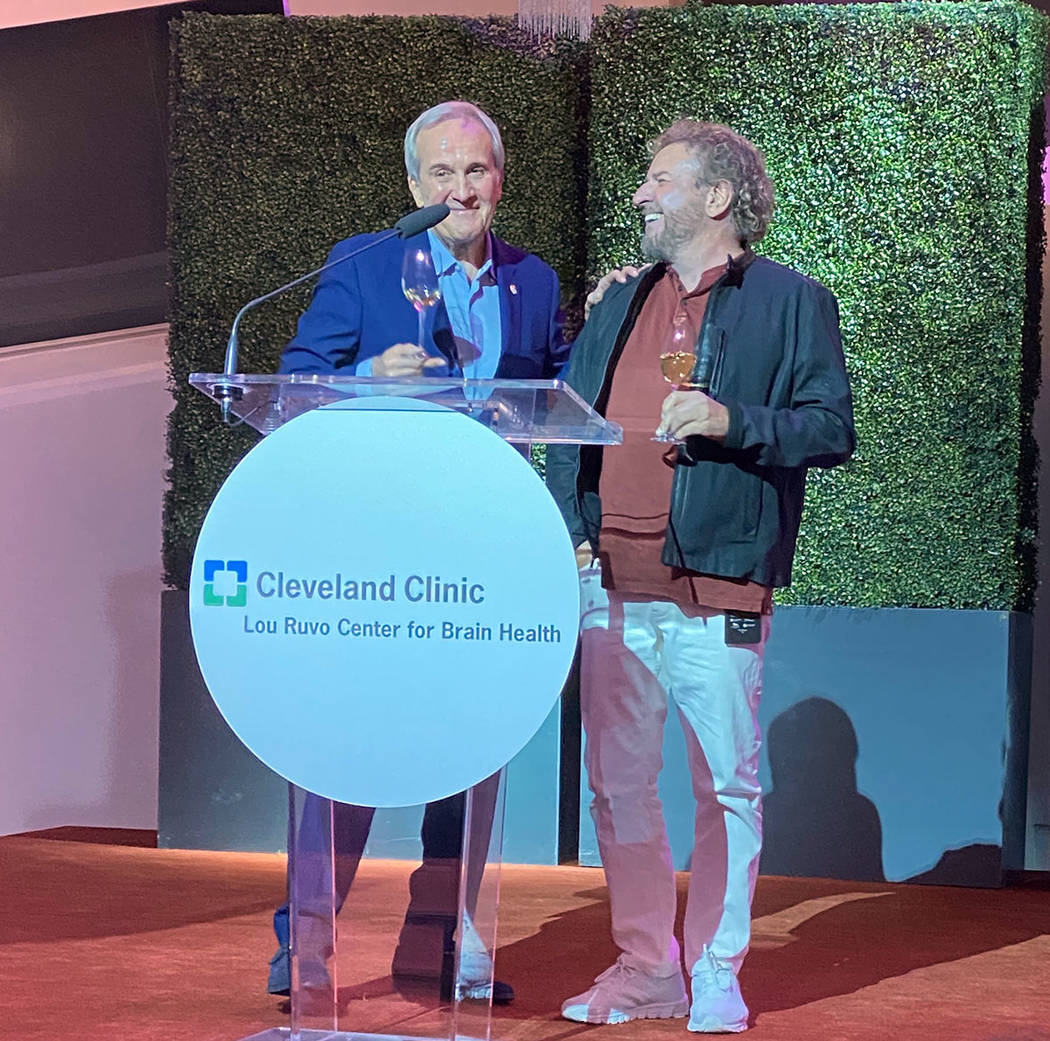 The Strat has chosen blue as its primary color, but the hotel is making room for a lotta red.

Sammy Hagar, the famed Red Rocker, is planning a residency for the Strat’s “Celestia” tent, set up on the north side of the property. He hopes to open the series in June, as a rehearsal for his summer tour, then settle into a one-weekend-per-month residency.

“I want to create the ultimate environment where I can throw the ultimate party, like I have done in Cabo for 30 years for my birthday, but at another time of year here in Las Vegas, which is really the party capital of the world,” Hagar said Saturday prior to the Keep Memory Alive Power of Love gala at MGM Grand Garden, where he was set to appear. “I hate to put Cabo second to anything, but I feel in this case it’s gotta take second place to Las Vegas.”

An able entrepreneur, Hagar also operates the Strip-side Cabo Wabo Cantina at Planet Hollywood and is partners with star chef Guy Fieri in Santo Tequila Blanco and Santo Mezquila. He has been creating the concept for such a series since he was in town for the Strat’s official renaming event on Jan. 22. The connection is inherently personal: Hagar is friends with Golden Entertainment Executive Vice President and COO Steve Arcana, instrumental in the hotel’s property-wide overhaul.

Arcana also happens to be a rock ‘n’ roll fan, who enlisted John Waite of the Babys and Bad English to perform to his wedding to his wife, Dana Olliges Arcana, in Kauai in 2005.

Springfield, also a guest at the renaming event, is a natural tie-in for a guest role in a Hagar production as the two are partners in Sammy’s Beach Bar Rum. A tandem performance of “I’ve Done Everything For You,” which both recorded (Springfield’s was a hit; Hagar’s was not) is not out of the question.

Hagar wants to be imaginative with his co-headliners, whether they are billed or not. It’s not required that he even be in town, either. A star can perform a one-off if in Hagar’s vision.

“I have been in this business for my entire life,” Hagar said. “I have a lot of friends, rockers and country dudes.”

The rocker also plans to use some of the “Celestia” tent’s existing architecture and production effect, such as scrim and video projections. He also noted the walk-in environment at his Cabo Wabo Cantina, lined with bars and food stations.

“Everybody wants to do a residency, and people are doing residencies, but (what) I want to create with the Strat guys … is more than me going into a building and playing it,” Hagar said. “We want it to be more like an event, a place for fans to come in that’s a consistently cool place.”

As for a name, Hagar says he hasn’t decided what to go with — yet. “I kind of like ‘Sammy Hagar’s Las Vegas Party,’ because that’s what it will be.”

On the topic of programming in the “Celestia” tent, the anchor show is adding Duo Transcend, the runner-up in the second season of “America’s Got Talent” The Champions. Aerial artists Mary Ellen Wolfe and Tyce Nielsen are in the show beginning Monday.

Two years ago, the act was the first trapeze and aerial duo to ever reach the top 10 of “America’s Got Talent.”

“Potted Potter” has been extended at The Magic Attic at Bally’s through next January. The unauthorized parody of all seven Harry Potter books is an underdog hit in the room re-themed for magic last January. The production celebrated its 350th performance on Feb. 29. The show doesn’t hit with every single farcical joke and gag. But it comes at you in such rapid-fire velocity you kind of can’t help but laugh. Fun night, this.