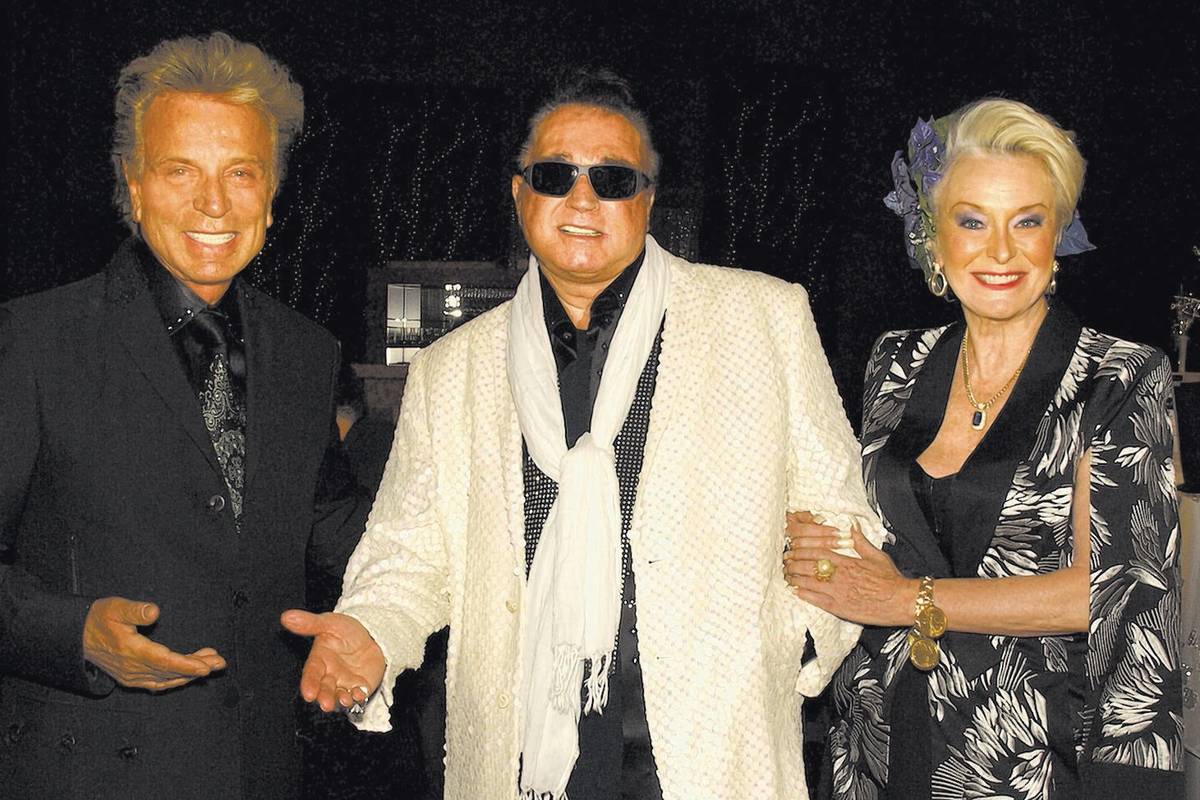 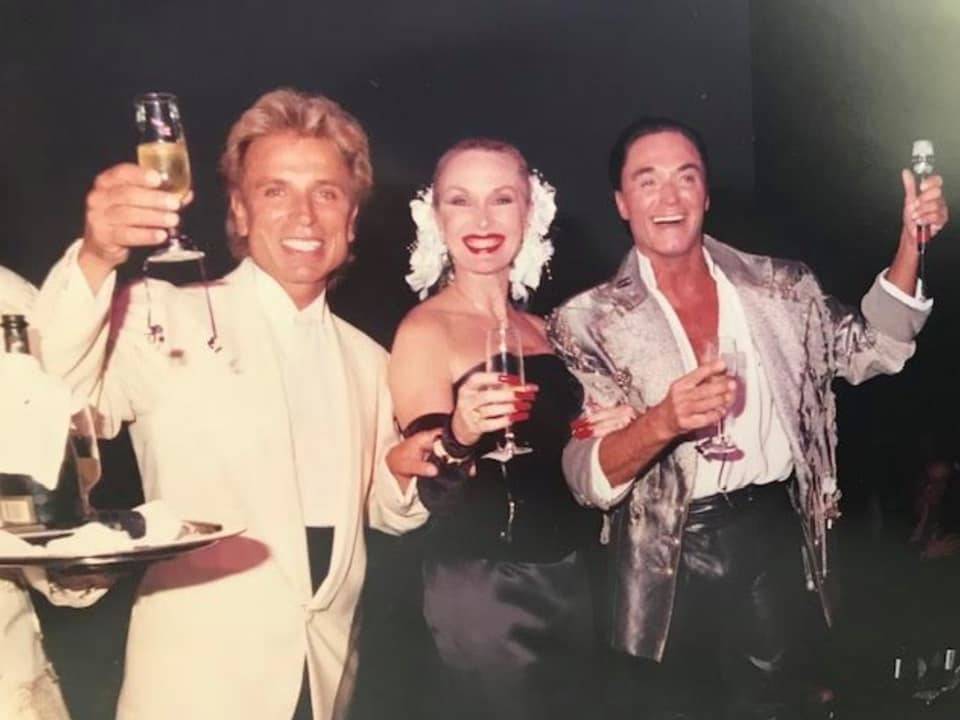 Lynnette Chappell, the "Evil Queen" in Siegfried & Roy's stage show throughout their careers, is shown with the duo on New Year's Eve in the late-1990s. (Lynette Chappell)

Lynette Chappell was known as Siegfried & Roy’s “Evil Queen,” a title that was only half right, the reference to the queen. A member of Las Vegas entertainment royalty, Chappell was more than the duo’s onstage female diversion. She was a friend, personal manager, confidant, douser of fires, and in Roy’s later years, a caregiver.

Chappell has been mourning the loss of her nearly lifelong friends just eight months apart. Siegfried Fischbacher died Wednesday night at age 81, at Siegfried and Roy’s Little Bavaria estate and habitat. Roy Horn died in May, at age 75 because of complications from COVID-19.

Chappell responded requests for comment about Siegfried’s passing with a phone message Friday, saying, “It’s just been a really difficult time. I haven’t quite got my head around this.”

Chappell was intertwined in the S&R universe since her days in “Lido de Paris” at Stardust, where the duo was a favored feature act. She had studied dance at Royal Ballet in London,before being cast as a Bluebell Girl in “Lido” at age 17. At the time, she was the youngest dancer ever cast in the show.

Siegfried and Roy often referred to Chappell as their “third arm.” “The Evil Queen” would become known as magic’s most-levitated assistant, for her decades with the duo.

“It is with great sadness and a heavy heart that I mourn the passing of dear Siegfried.

And I am overwhelmed by the outporing of love and support from our S&R family across globe.

The loss of both Siegfried and Roy cannot be overshadowed by their never ending commitment and contributions to not only the Las Vegas community but to the world.

For 48 years I was blessed to share a magical life with Siegfried and Roy as their ‘Evil Queen.’

As Roy always said about his animals that passed, ‘Look up in the night sky they are all there.’

They cared deeply about animal preservation conservation a commitment that I will carry on.

Now my two great friends and companions have returned to the heavens from which they came, even though they will live on in our hearts forever.

Like comets, they blaze across the star-scattered sky, illuminating and inspiring all.

The final curtain may have come down but the magic will go on forever.”

In 2019, Chappell said the duo would forever be remembered as a singular phenomenon.