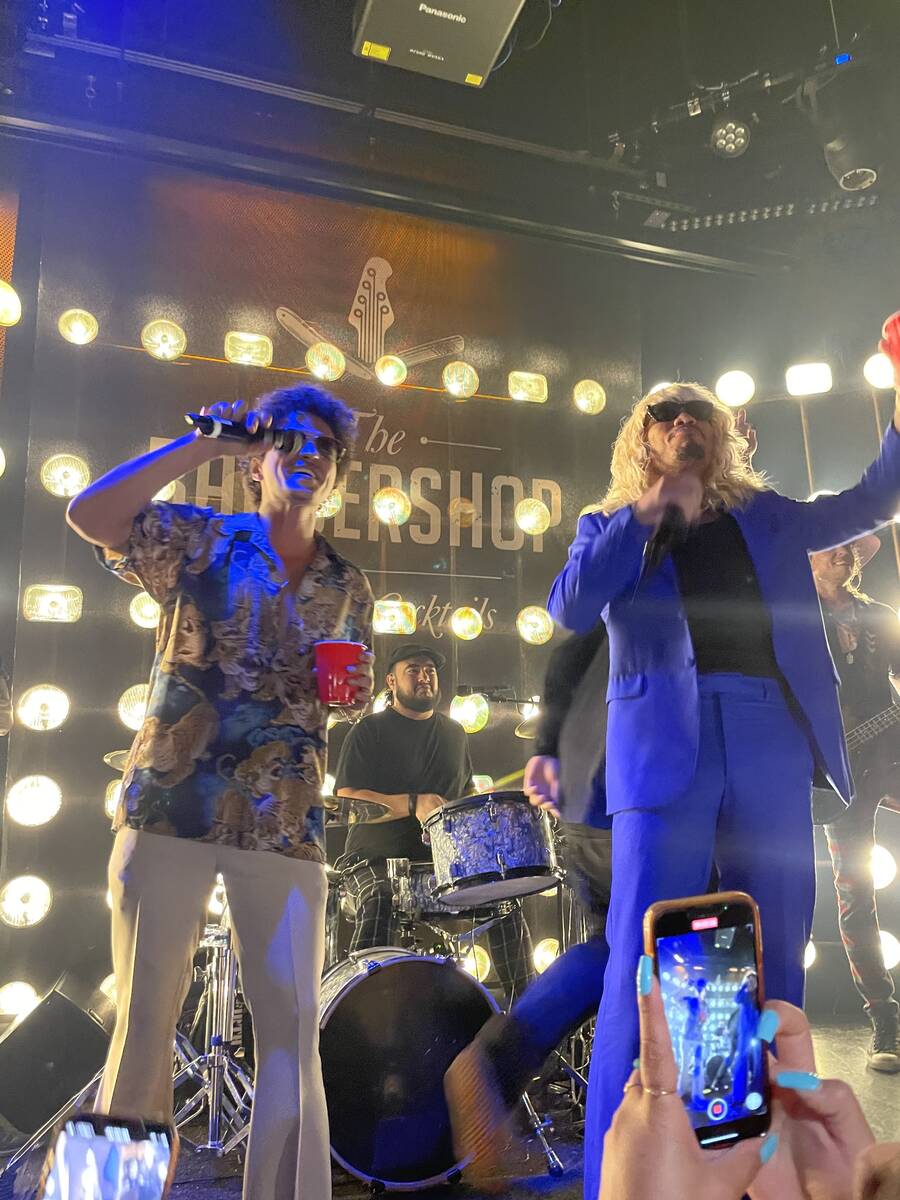 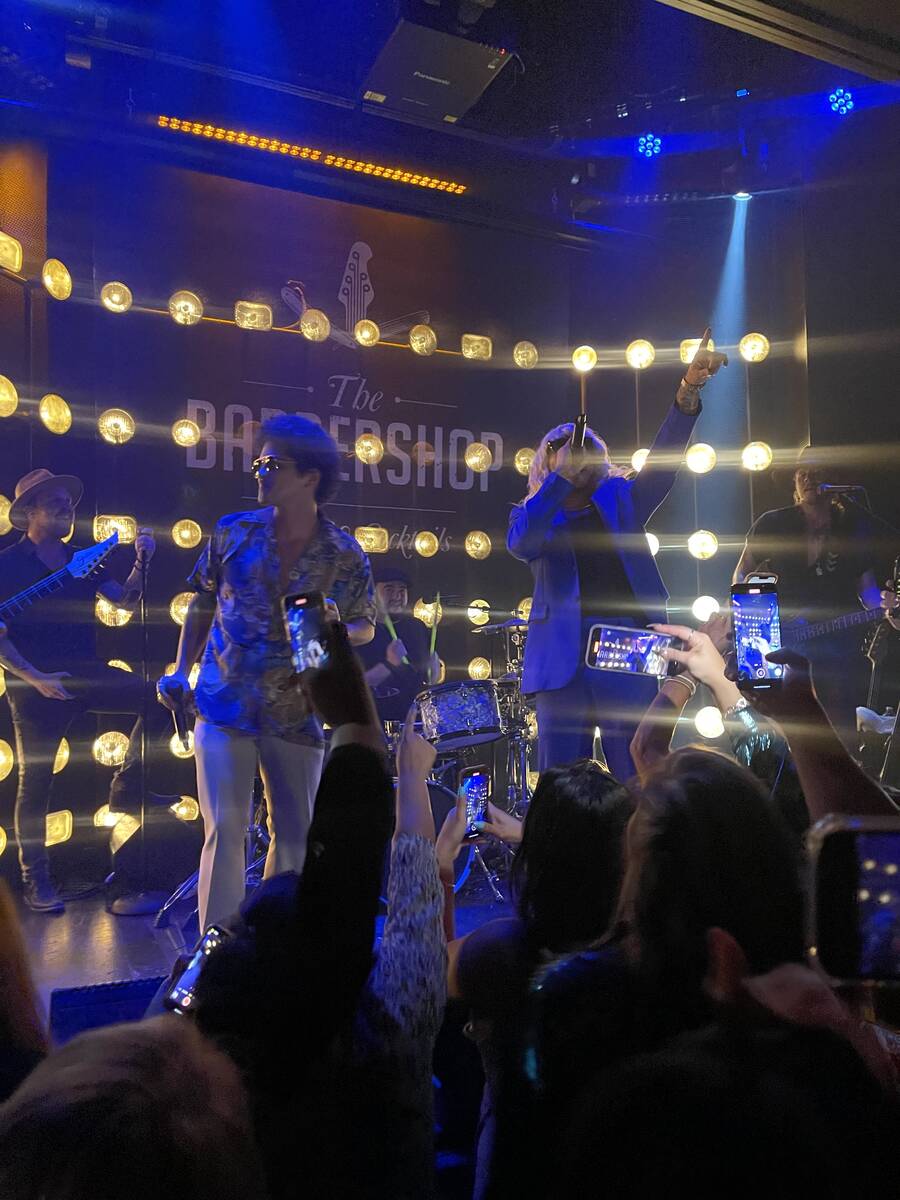 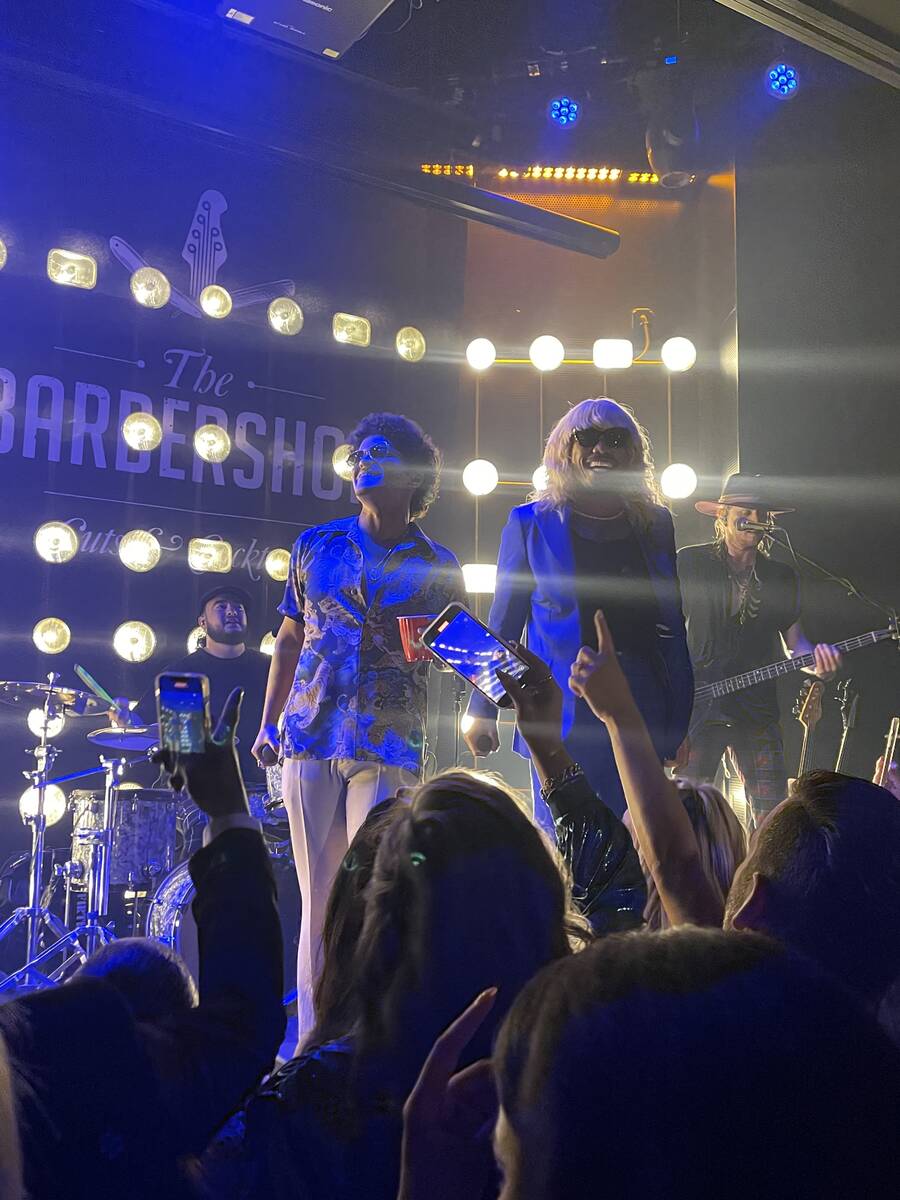 When performing a surprise show at a place called The Barbershop, keep ‘em guessing. Wear a wig. Blond, preferably.

Anderson .Paak went that route as he and Bruno Mars stormed the Cosmopoitan music club and salon late Saturday night. Known collectively as Silk Sonic, the duo had just finished their 1970s-R&B and funk retrospecive at Dolby Live at Park Mgm when they arrived at the club.

The multiple-Grammy winners performed covers of “Your Love” by The Outfield, “Last Resort” by Papa Roach and “Roxanne” by The Police. The crowd, predictably, was “ecstatic,” per a news release. The club was at its 133-seat capacity.

How Silk Sonic winds up at Cosmopolitan after a gig at Park MGM is explained partially by the fact that MGM Resorts International now operates both hotes. The MGM team took over Cosmo in May. But .Paak and Mars have also performed pop-up shows at Delilah at Wynn Las Vegas. Consider them equal-opportunity revelers.