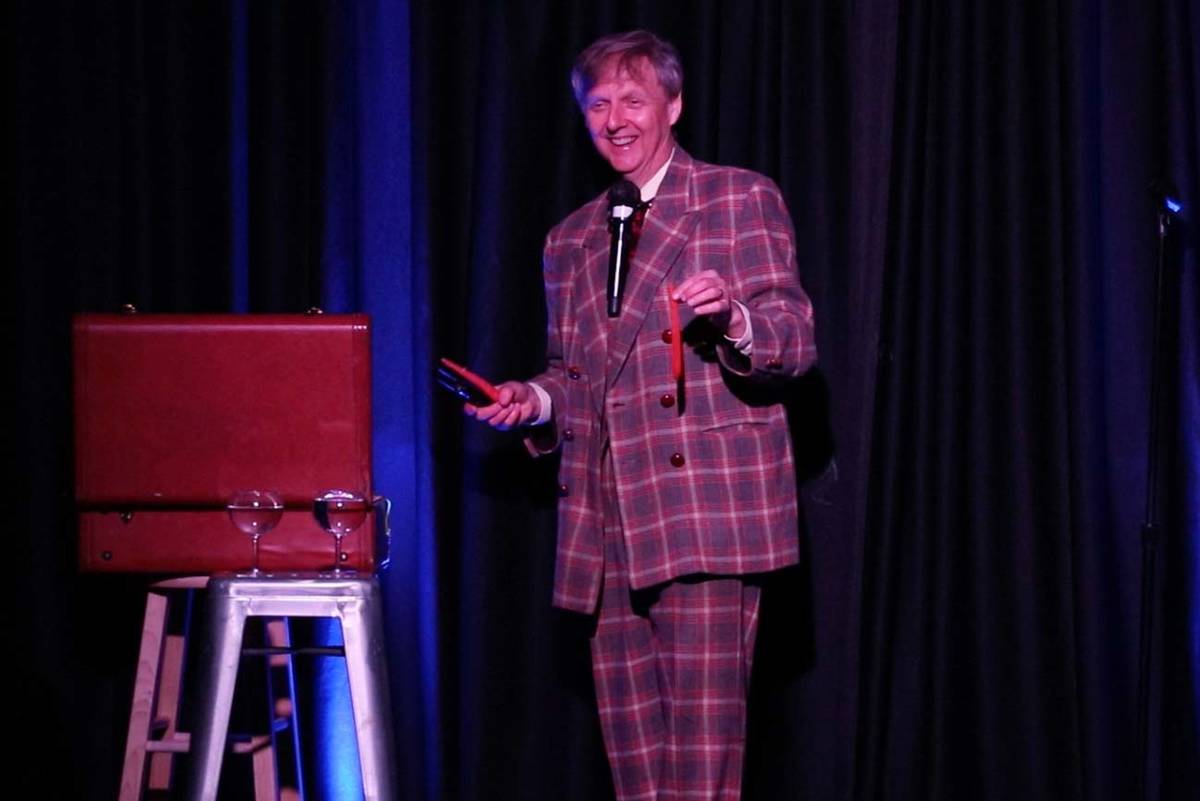 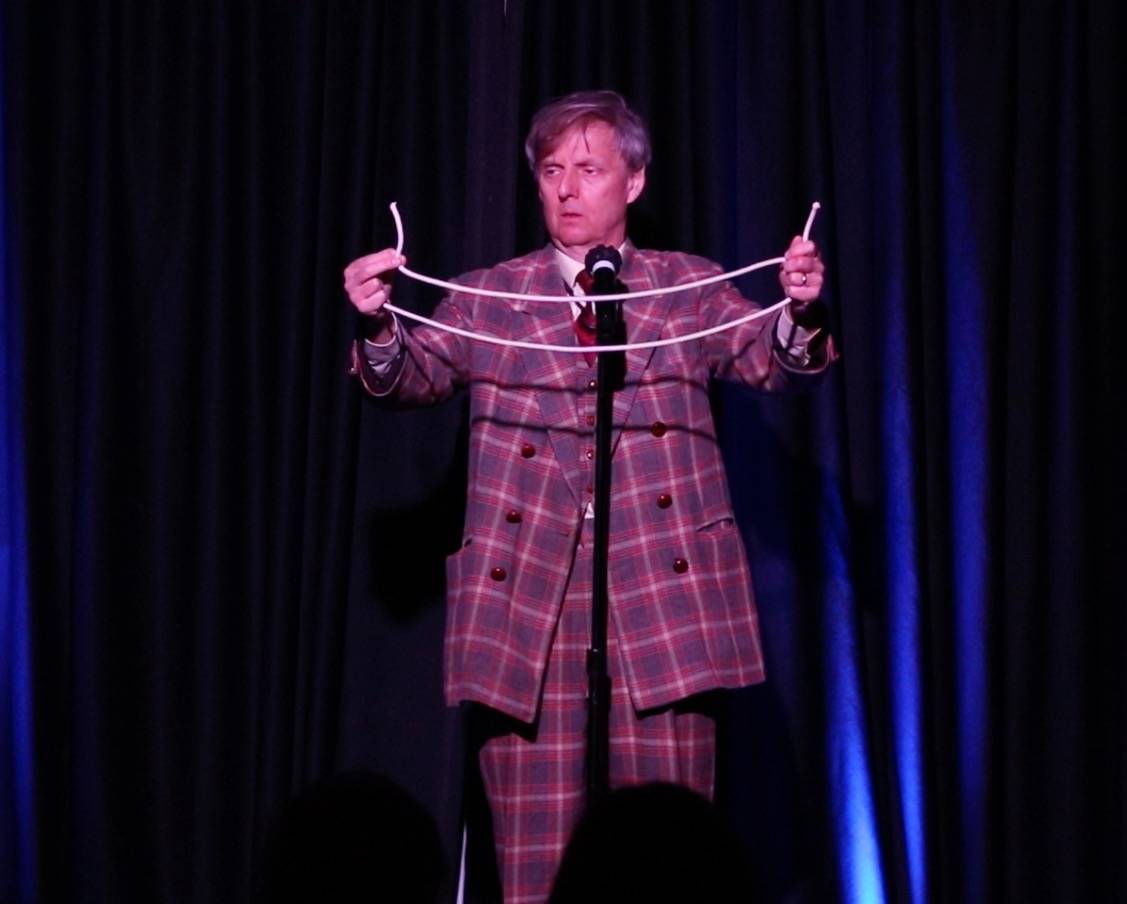 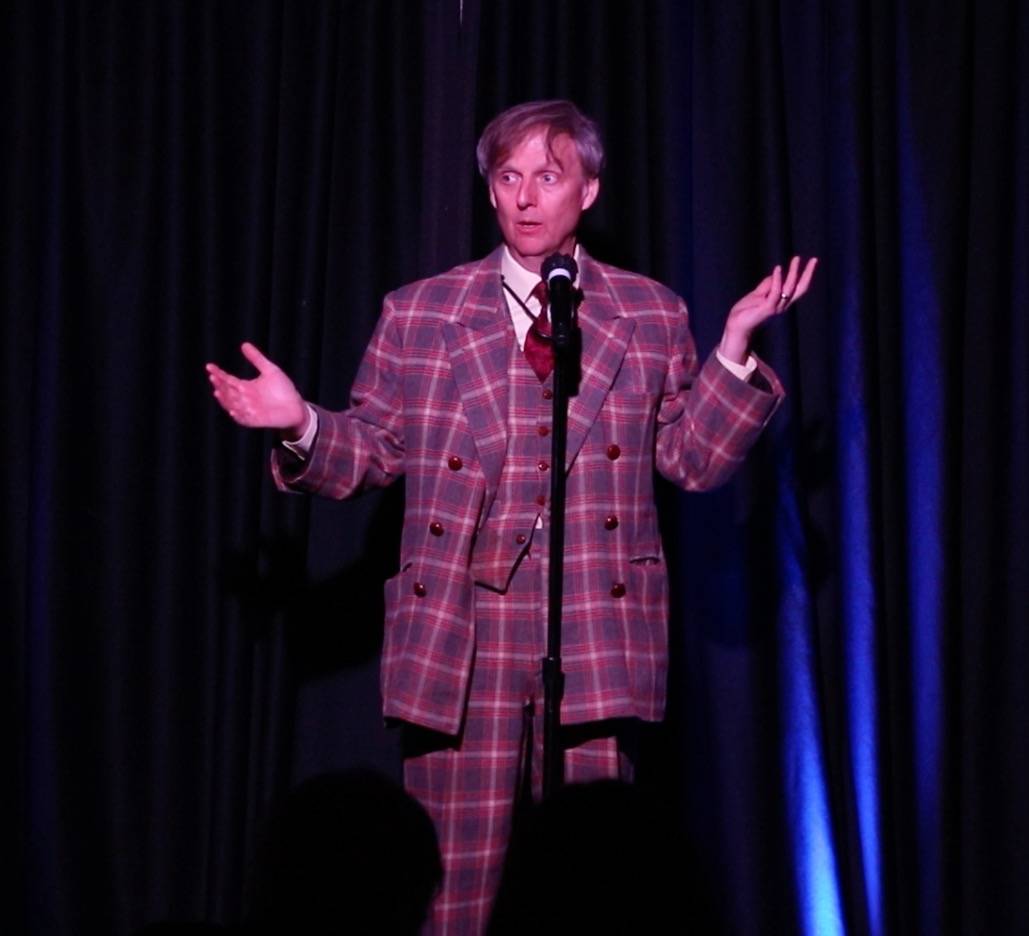 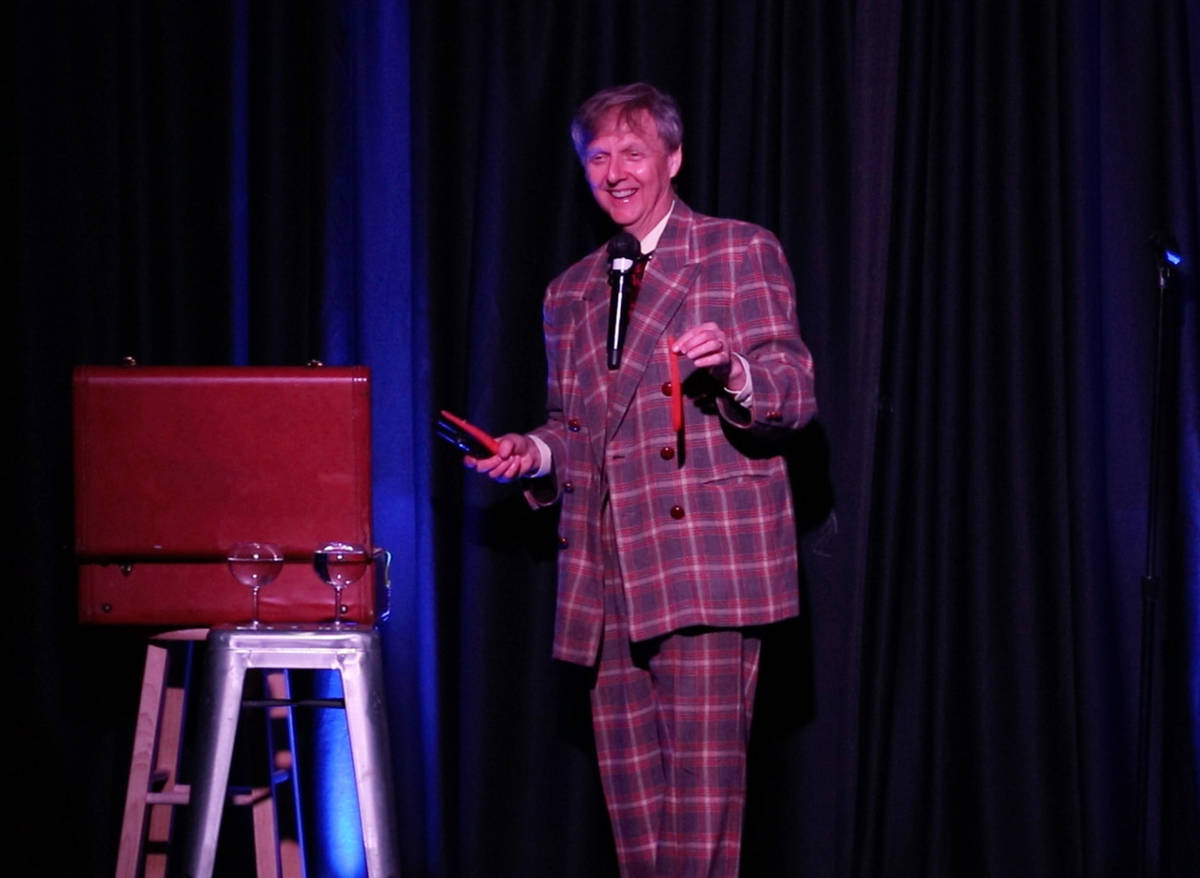 Mac King hasn’t made it out much lately, like in the past year or so. But he made it to downtown Las Vegas on Saturday night.

As he drove to his destination, Downtown Grand, something funny happened to the comic magician.

“I was actually a little teary-eyed,” King said Sunday. “Being onstage for the first time since March 2020 was sort of moving for me.”

King is the 21-year headliner at Harrah’s, and the king of resident headliners. He started at the cabaret room in 2000, then about three years later moved to the larger Harrah’s Showroom.

King had been performing at 1 p.m. and 3 p.m. daily (dark Sundays and Monday) until the show went dark.

King had not appeared in public since his show was swept away by COVID. But he checked in with his longtime friend and fellow comic Don Barnhart, who runs Delirious Comedy Club at Downtown Grand. King had heard another buddy from the comedy community, Pat Hazell, was coming in from Austin, Texas, to appear at the club.

“Pat hadn’t been onstage in more than a year, either,” King said. “So I called Don and said, ‘Do you think I could do three 10- minute sets, as long as you don’t expect too much?’”

King might worried about the rust on his act, but Barnhart was not.

“I laughed and said Mac King on his worst day is better than most people on their finest day,” Barnhart said. “I told him our audiences are so grateful and understanding and not to worry about it and just go up and have some fun, blow the dust off and get back to what it is you do.

“Mac came in totally prepared and in a short set, brought the house down.”

King had been off-stage for so long he forgot his opening remarks to the crowd. “I was trying to remember what I said after, ‘Howdy! I’m Mac King!’ and going into my rope trick at the start of the show.”

King said it took 15 minutes to recall the following; “It’s a pretty special occasion for me. It’s my first time wearing my new suit. You like the new suit? I guess since I’m up here we ought to get this show on the road. I thought I’d start with the rope trick. This is the first trick I ever learned. My grandpa taught me this when I was little boy. This used to be his suit. My grandmother made this suit. It used to be her couch.”

King said the experience, while emotionally moving, was “slightly dissatisfying” because he was unable to perform any audience participation. One of his best routines is tying his hands with an audience member’s, then unknotting the rope without the participant noticing.

“Those moments are the best for me,” King said. “But it was still exhilarating. I was still nervous. I’m still anxious to get back.”

The hope, for now, is for King to be back June 1. But it’s a moving target. Nothing has been announced by Caesars Entertainment, and there are not tickets yet onsale.

“At this point, the longer I wait, the better chance I have to come back with my full show,” King said. “When I’m back, I want to do it right.”

King’s in the hall

Trumpet virtuoso and vocalist Brian Newman has been honored with the inaugural Las Vegas Newcomer Award. Newman has made an impact in town as bandleader and performer for Lady Gaga, and as the front man for the “After Dark” late-night show at NoMad Restaurant at Park MGM.

Matt Goss hosted a listen-back party at the Record Plant in Hollywood on Monday night for his yet-announced upcoming album. One of those who has listened back, Goss’ manager Michael Licata says, “There are 11 songs on here, and he feels that every single track is a single.”

“Eleven Singles” is actually a good title, for something.

Team Gossy is also talking about cutting a video for each song on the new album. The project’s first single is due in June. As Licata says, “We’re gonna have a tremendous year.”

Pinkbox Doughnuts owner Steven Siegel says his family bought the company because, “We love the brand and we love the product.” The Siegels — specifically Steven and his wife, Judi — are not alone. The crowd waiting for the 9 a.m. Saturday grand opening of the new Pinkbox location on E. Sunset Road and Annie Oakley Drive began forming at 6 a.m.

Some stats and facts: The business can churn out 400 dozen doughnuts every hour. Pinkbox employs about 70 full- and part-time employees. The venue is about 5,000 square feet, and is the only Pinkbox offering a drive-through service. It’s also open 24 hours, and the staff can use every minute to keep pace with doughnut demand.

As I’ve noted to the Siegels (well-known as founders of the Siegel Suites residencies based in Southern Nevada), the company should offer a doughnut called The Elliptical. That’s where these doughnuts send me. Name it now, work out the ingredients later.

Islands, streams … and you

Our friends at Ellis Island Hotel, Casino & Brewery are returning karaoke to the club at 9 p.m. Thursday. We’ll stop short of saying Ellis Island was built on karaoke, but the line of those who would say that starts at the left. Folks have been known to cash in their players’ points just to jump that line.

This is the first time since August that Ellis Island has offered karaoke. Last week, Gov. Steve Sisolak’s Medical Advisory Team issued new directives (including 12 feet of spacing between guests and clubs operating at 50-percent capacity) making it all possible.

Wind at the sails

Dennis Bono sat at the back of the The Windjammers’ show at Copa Room at Bootlegger Bistro on Saturday night, shook his head and said, “I remember when all these songs were popular. We didn’t call it Yacht Rock. We just called it great music.” Call it what you like, Jerry Lopez’s newly re-formed band lit up the joint for about 80 safely seated fans, including Bono, the venerable Vegas crooner who co-owns the venue with his wife, Lorraine Hunt-Bono.

Lopez and room operator Ron Mancuso returned live, ticketed music to the venue for the first time in 14 months. The only performances of any kind in the venue since the first week of March 2020 were Santa Fe & The Fat City Horn’s live-stream concerts.

Saturday night, the room was again filled with beautiful harmonies and masterful musicianship. “Africa” by Toto, “Ride Like the Wind” by Christopher Cross with Michael McDonald, “I Just Wanna Stop” by Gino Vannelli, “Sara Smile” by Hall & Oates and (naturally) “Escape (The Piña Colada Song)” by Rupert Holmes were unfurled to the audience’s great delight.

Some in the crowd wore sailor hats and blazers, most got up and grooved from their seats. It was a real love-in. All that was missing was the spray of the ocean, and maybe a Piña Colada.

Lopez reiterated from the stage that he wants to bring live music to the Copa Room every night, when pandemic restrictions are gradually lifted. It’s a place to be, the Windjammers are a band to see, and we’ll be on top of this one when they’re back.