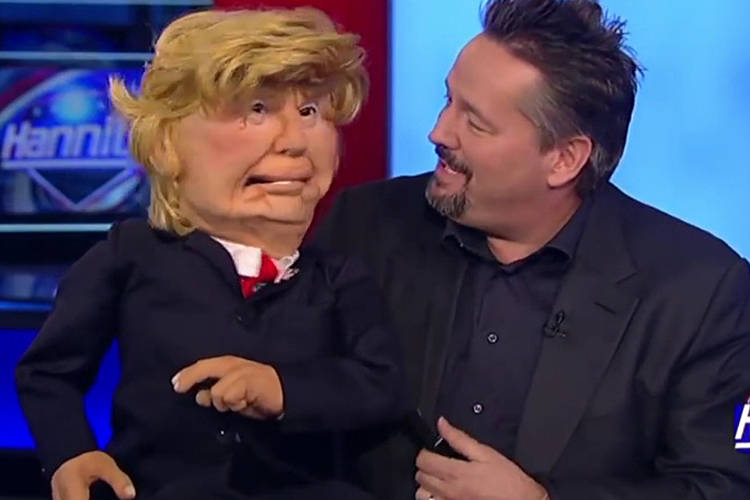 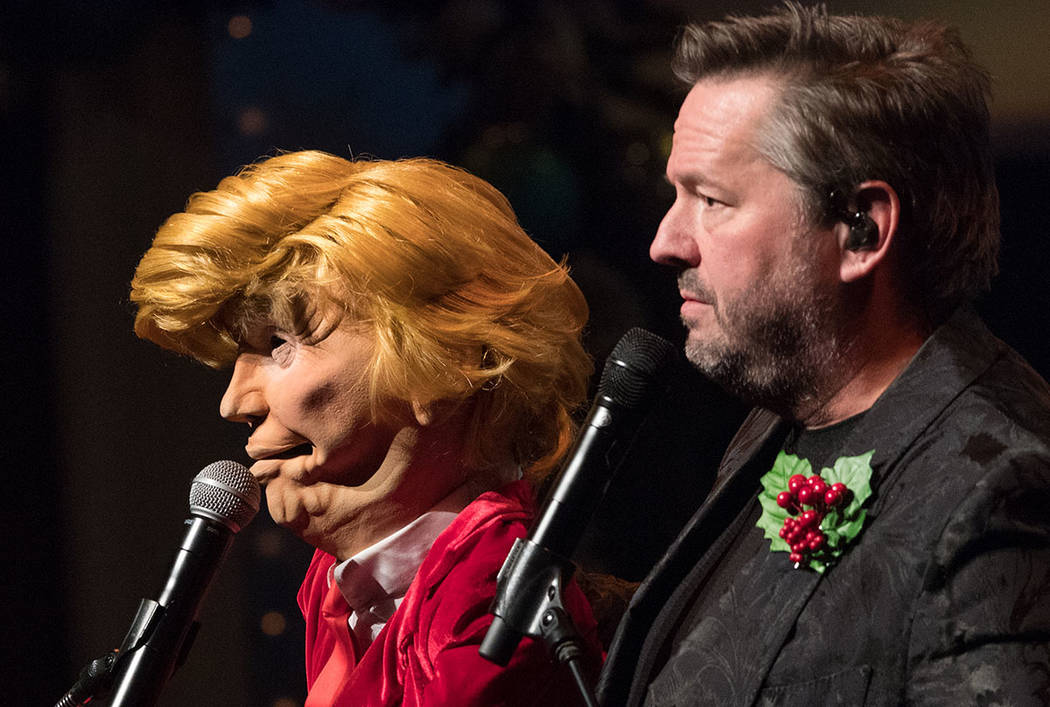 President Trump, in puppet form, is shown with Terry Fator at the Mirage in Las Vegas on Friday, Nov. 23, 2018. (Tom Donoghue)

The Las Vegas Strip entertainer famous for throwing his voice has experienced a communication snag away from the stage.

Star ventriloquist Terry Fator, the 10-year headliner at the Mirage, is clarifying his statements from the weekend that his host hotel asked him to take his President Donald Trump figure out of his show.

Fator posted a message on his social media pages on Sunday afternoon, and reiterated Monday morning, that no official from MGM Resorts International suggested he alter the content of his stage production.

“It was a miscommunication between my team and me, where someone from my team said they thought the Mirage would be happy if the show were less political,” Fator said in a phone chat Monday. “The Mirage didn’t ask me to make any changes to my show.”

In a statement, MGM Resorts said, “We’re glad Terry cleared things up and confirmed that no one from The Mirage asked him to remove the Trump puppet from his show. We look forward to the Christmas show and the new material Terry is working on.”

In an interview Saturday night at his self-named theater, Fator was asked why the Trump figure was not in his new Christmas-themed show, “A Very Terry Christmas 2, The Sequel.” He answered, in part, “It was kind of one of those things where the Mirage came to me, and they have never told me what to do, ever. But they asked politely, and when they ask politely, I do it.”

Fator is performing with the Trump figure on “Fox & Friends” Friday morning, likely during the 5 a.m.-6 a.m. Pacific time slot. That appearance was booked before Sunday’s column post about Fator’s Christmas show.

The Trump puppet had been a fixture in Fator’s Christmas show since 2016 and also in his regular stage show for the past 3 1/2 years. Fator said he pulled him from the regular show this spring, and also stopped using videos of such political figures as Hillary Clinton in his resident production so he could focus more sharply on celebrity entertainers.

Asked if he can bring Trump back to the stage anytime he wants, Fator said, “Absolutely.”

When would that be?

“Probably when he is out of office, whenever that is, because I think emotions need to simmer down,” Fator said. “I want jokes about him building golf courses and Trump Towers.”

Fator is planning to move forward with a web series co-starring the Trump figure and Bernie Sanders, performing a sort of Statler and Waldorf commentary routine popular on “The Muppet Show.” Again, that back-and-forth is designed to re-create a rancorous discussion between two personalities of the same age, not as a political debate.

“What this has reminded me of is this is a very rough political season,” Fator said. “I’m trying to appeal to 100 percent of the audience, and create an escape from politics.”