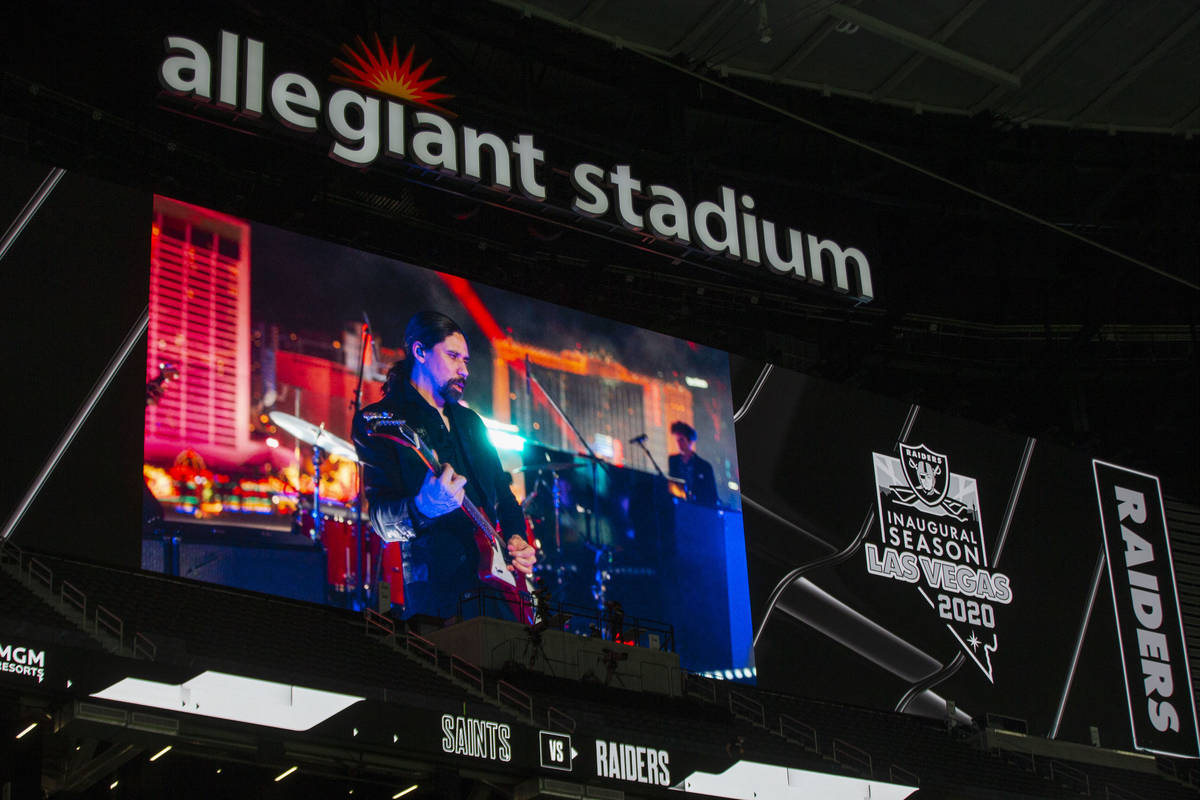 The Killers concert on The Strip is televised during halftime of an NFL football game between the Las Vegas Raiders and the New Orleans Saints on Monday, Sept. 21, 2020, at Allegiant Stadium in Las Vegas. (Heidi Fang/Las Vegas Review-Journal) @Heidi Fang 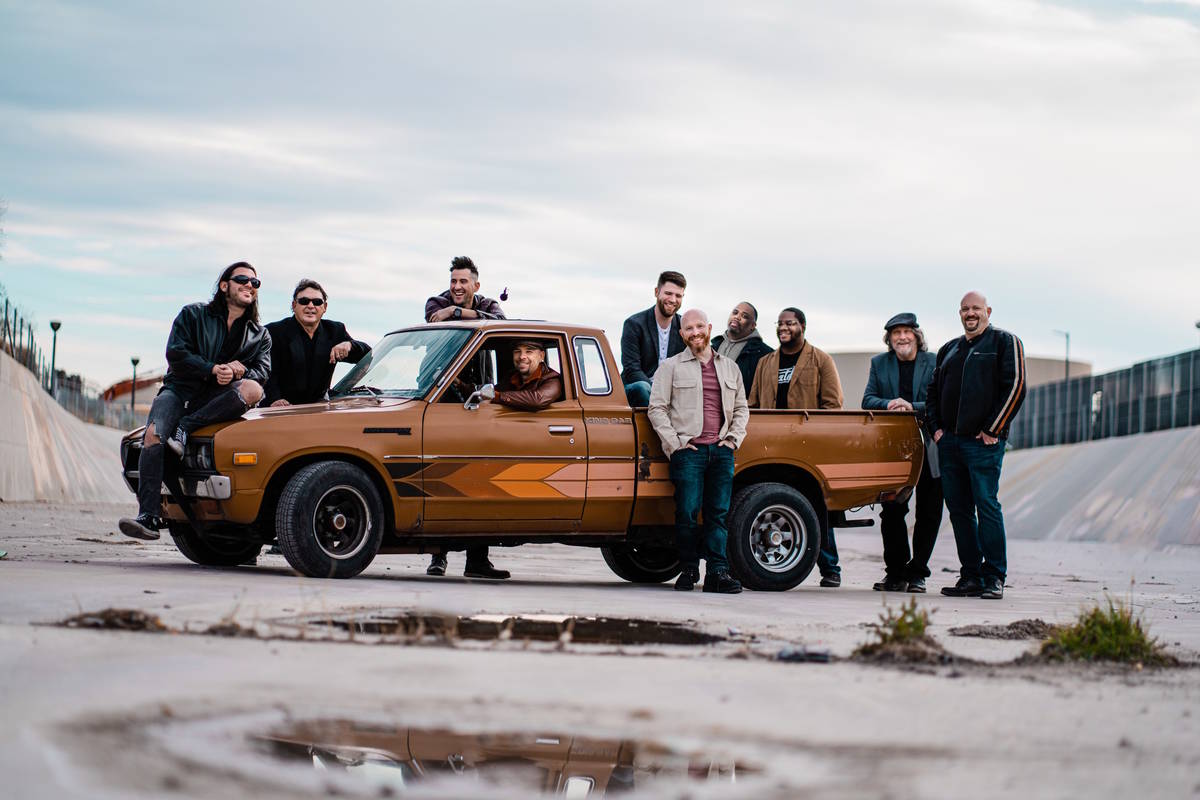 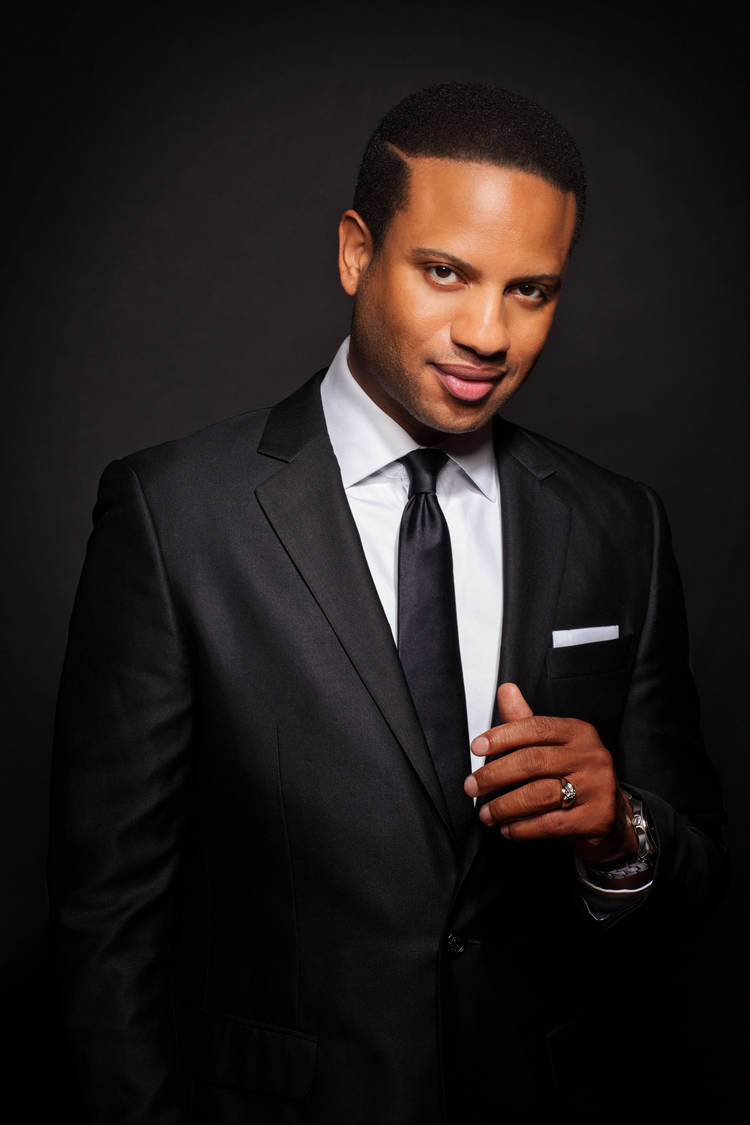 The Killers sure keep the calendar organized. The Las Vegas-born rock band has announced a new album due out this August, and date on the Strip for August 2022.

The recording stars are playing T-Mobile Arena on Aug. 26, 2022, to kick off their U.S. and world tour. Concert promoter Live Nation announced the date Monday morning on social media.

Concurrently, the band announced the upcoming album, “Pressure Machine,” due next month. The album is inspired by front man Brandon Flowers’ years growing up in Nephi, Utah. Flowers is originally from Las Vegas, but spent part of his childhood and teen years (from ages 10 to 16) in the northern Utah town before his family moved back here.

“Many memories of my time in Nephi are tender. But the ones tied to fear or great sadness were emotionally charged,” Flowers is quoted by Variety. “I’ve got more understanding now than when we started the band, and hopefully I was able to do justice to these stories and these lives in this little town that I grew up in.”

The Killers headlined the first show at T-Mobile in April 2016, and also performed in the Vegas Strong Benefit Concert Oct. 1 benefit show in December 2017. But the band has not performed a full concert in the venue.

Journey has announced what was reported here some time ago, a one-off in December at the Colosseum at Caesars Palace. The band announced Monday its Dec. 18 show at the Colosseum, with a “special symphony performance” on the bill. Journey songs as performed by an orchestra, is what that tells us.

We’ve also touched on the band’s half-dozen shows at the Theater at Virgin Hotels Las Vegas. Not yet announced, but on the horizon.

The talented showman Elijah Rock celebrates his “Matters of the Heart” CD release party at 6:30 p.m. (dinner), 8 p.m. (show) at Italian American Club. I first encountered Rock at Bootlegger Bistro and have caught him in “Vegas! The Show” at Saxe Theater at Miracle Mile Shops at Planet Hollywood, and also at Notoriety at Neonopolis. He’s a smooth operator, as someone wiser than I once said.

David Tatlock’s Soul Juice Band hosts “The Get Down” at Notoriety at Neonopolis at frrom 8 p.m. (doors at 7 p.m.) until 11 p.m. Tuesday. No cover for this one. The powerhouse band is David Rogers on keys, Jared Leaper on drums, Alan Butterfield on bass, Joe Bonasorte on guitar, Isaac Tubb, Michael Rabadan and Lance Aguirre on trumpet; Kevin Mullinax on trombone; Mark Mcarthur, Mat Schumer and Justin Marquis on sax; and Tymara Walker as guest vocalist.

As is customary, the Soul Juice Band collects donations of new children’s clothes, toys and backpacks for any age, and any gender child in its partnership with Child Haven. So, bring it, and so will the band.

The Groove Culture Band (great name, kids) featuring David Perrico plays The Usual Place at 100 S. Maryland Parkway at 9 p.m. Tuesday. The Latin-jazz ensemble is loaded with A-plus players, with Pepe Jimenez, Bill Zappia, Carlos Matta, Chiqui Garcia, Fernando Tort and it’s a $10 cover. Get there, on time, and be ready to groove.