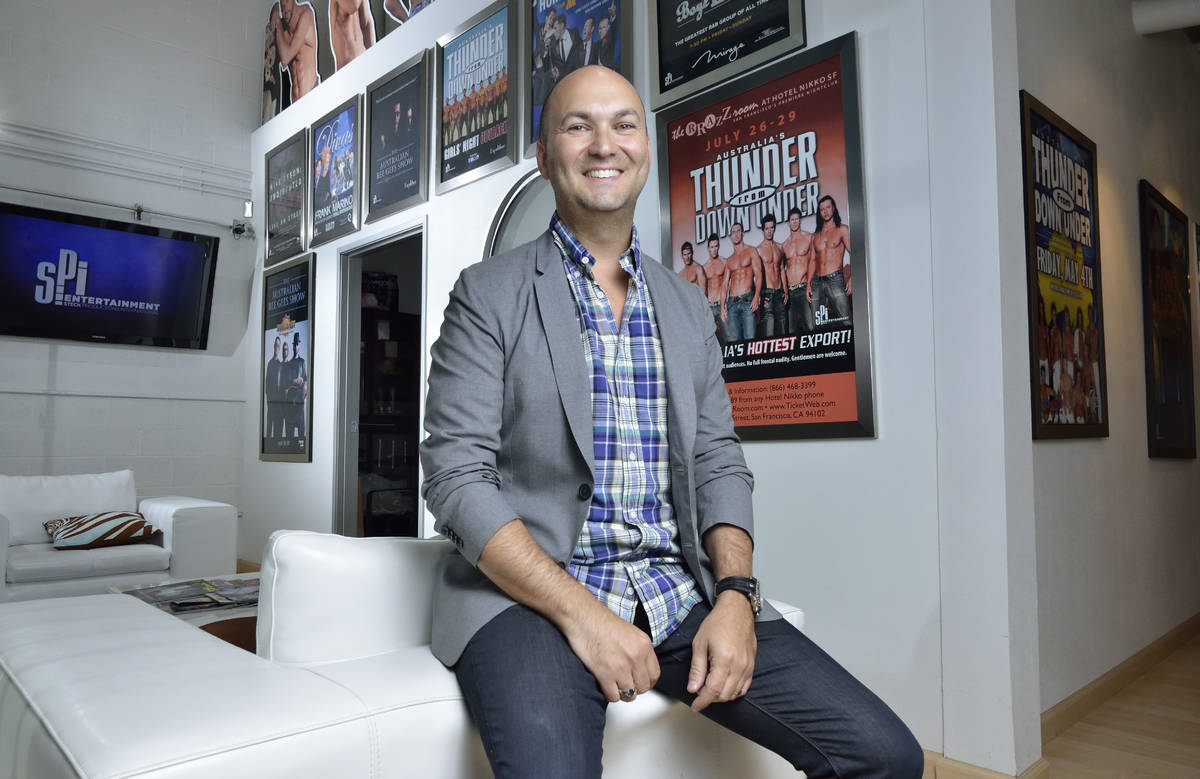 Adam Steck, CEO of SPI Entertainment, poses at the company's offices at 4090 E. Post Road in this July 19, 2013, file photo. The company produces and promotes concerts and other live shows to include local entertainment such as "Thunder from Down Under." (Las Vegas Review-Journal/File) 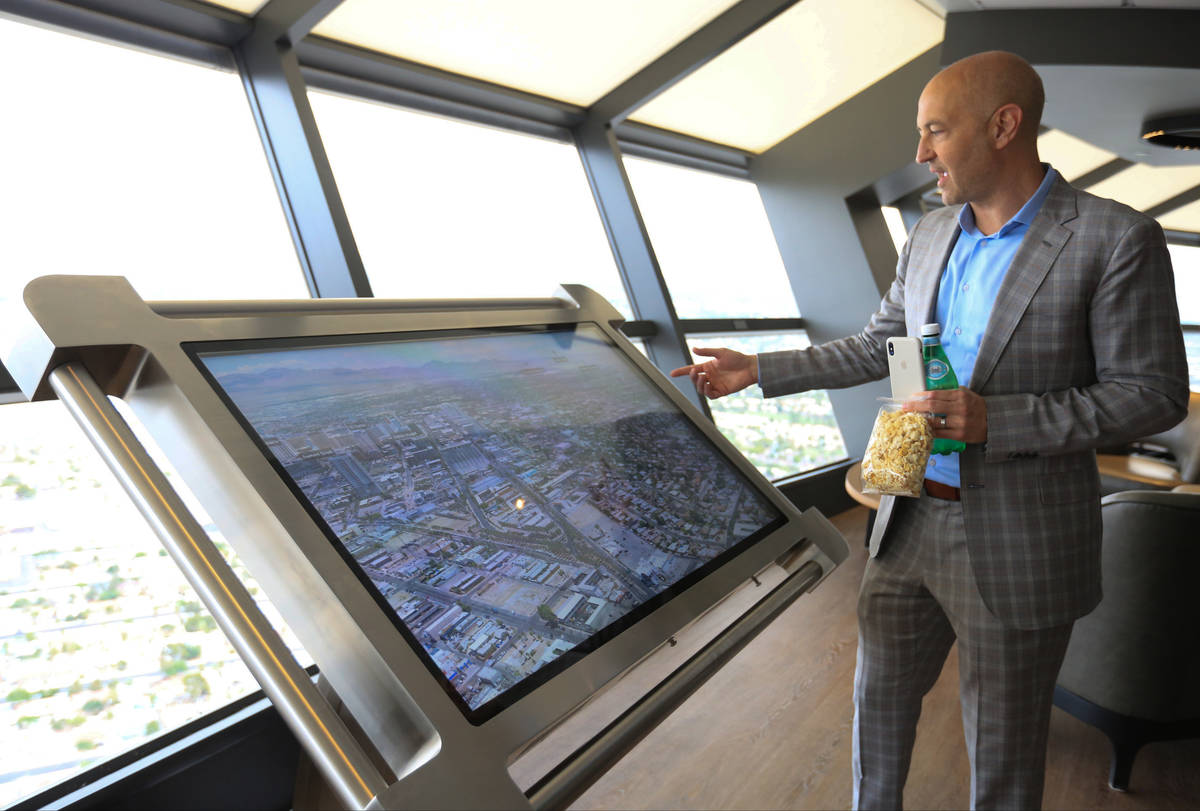 Adam Steck stuck a second tent-post on the Strip.

The CEO of SPI Entertainment and a veteran producer in Las Vegas, Steck has entered into a partnership with The Strat to take over that hotel’s showroom. The partnership should be formally announced Thursday.

Steck produces the current lineup at the Excalibur on the south end of the Strip, with the adult revue “Thunder From Down Under” and “Australian Bee Gees Show” at Thunderland Showroom. Steck will have full run of the 600-seat showroom, with new titles and headliners planned this year.

The Strat is thrilled to have Steck and his company aboard.

“SPI Entertainment is synonymous with entertainment on the Las Vegas Strip. They have produced some of the city’s most thrilling and celebrated shows that have enthralled audiences from around the globe,” Golden Entertainment Senior Vice President of Marketing and Entertainment Brad Goldberg said in a statement. “We’re ecstatic to be partnering with them to introduce an exciting lineup of productions and residencies at The Strat.”

Since Goldberg’s company bought the hotel in 2017, The Strat has changed its name (from the original Stratosphere) and combed through the entire property with extensive upgrades. Nearly all facets of the hotel, from its restaurants to its casino floor to its lounge, have been overhauled.

“The Strat has completed a dramatic transformation and through this partnership, I look forward to bringing entertainment that matches the property’s incredible new surroundings,” Steck said in a statement. “From never-before-seen shows to rock ‘n’ roll, we look forward to bringing a fun, high-energy mix of shows that will have audiences on their feet.”

SPI’s shows and a rock-residency series hosted by Sammy Hagar, announced before COVID and still on hold, will drive entertainment at The Strat. Hagar recently toured the hotel just last week. His original concept was to take over the “Celestia” tent.

That circus show is a pandemic casualty at The Strat, having finally bugged out of its tent this month with no announced plans in Las Vegas.

Myriad options are available for production themes in the Steck-Strat partnership. Comedy, magic and adult revues are all in play. The room has some size (about 7,800 square feet) and has previously hosted such full-scale productions as the “American Superstars” tribute show, Frankie Moreno’s headlining run and the burlesque-influenced “Pin Up” starring Claire Sinclair.

Along with his ExCal productions, Steck also produces Human Nature (late of Sands Showroom at The Venetian) and Boyz II Men (late of Mirage Theater, and currently idle until their future is announced). His previous, limited-run shows include “Mike Tyson: Undisputed Truth” at MGM Grand’s David Copperfield Theater and (for its “Round 2” sequel) Brad Garrett’s Comedy Club. Steck produced the Cesar Milan: Unleashed,” also at the Copperfield Theater.

Left open, for the moment, is the specific plan for the “MJ Live” Michael Jackson Tribute, co-produced by entrepreneur Darin Feinstein and longtime Vegas entertainment figure Dick Feeney. Strat officials say there is no plan for “MJ Live” to leave the hotel immediately.

Feeney says the likely scenario is for the show to remain at the hotel until the end of the year. Goldberg also said he’s working with the producers to keep the production at the hotel for the foreseeable future.

In this shuffle, well-known entertainment execs Eric D’Richards and Bob Capucci have joined the SPI Entertainment company. D’Richards comes in as theater manager. Capucci is technical director. SPI Entertainment Senior Vice President Alex Schechter remains part of the team, too, as a strategic and showroom-operations partner.

Steck has been in Southern Nevada since 1998, hitting the mark with the original “Thunder” show at the since-demolished Frontier in July 2001. The show moved to the ExCal the following year. “Thunder” remains the longest-running male revue in the city.