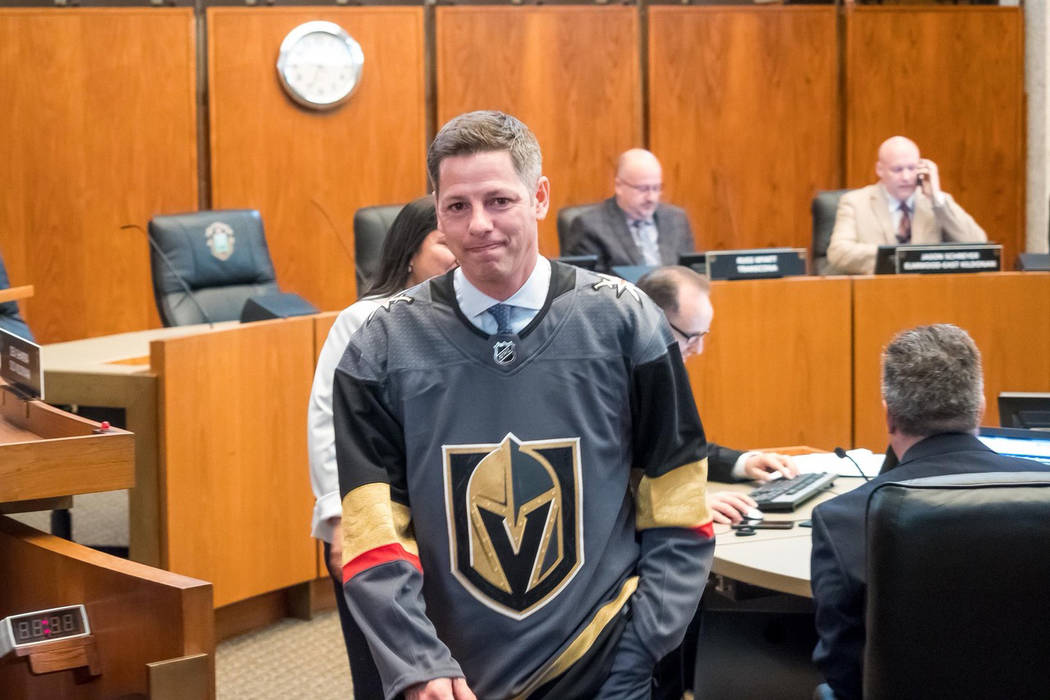 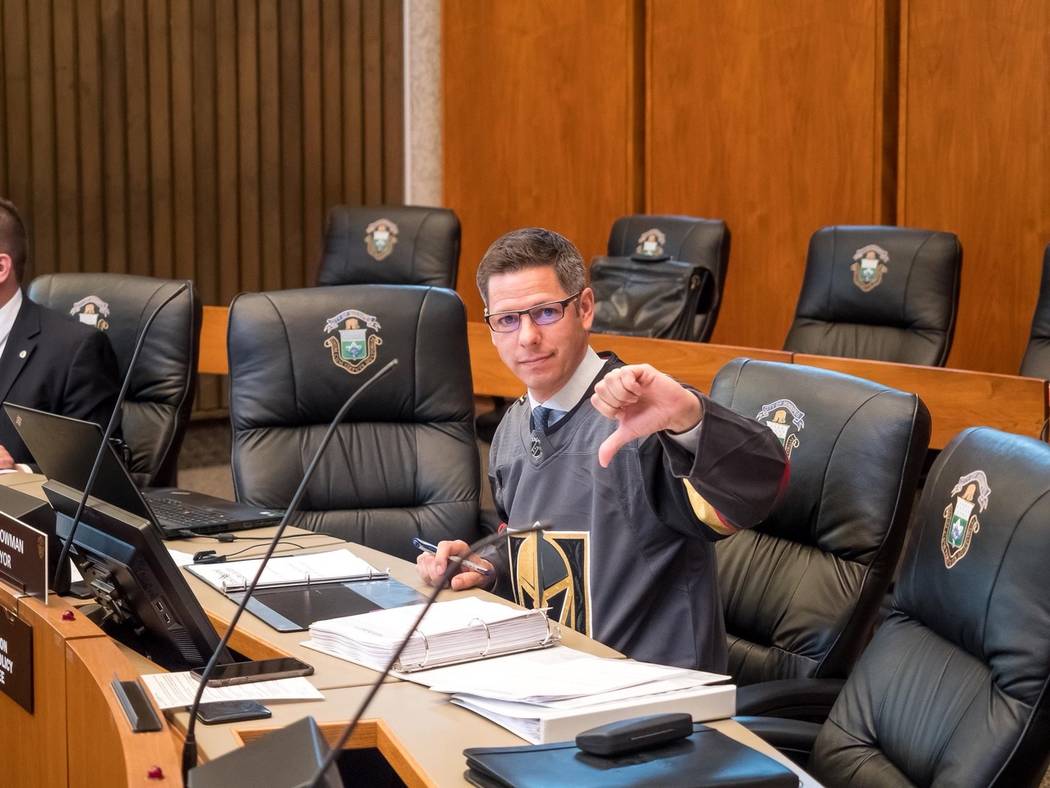 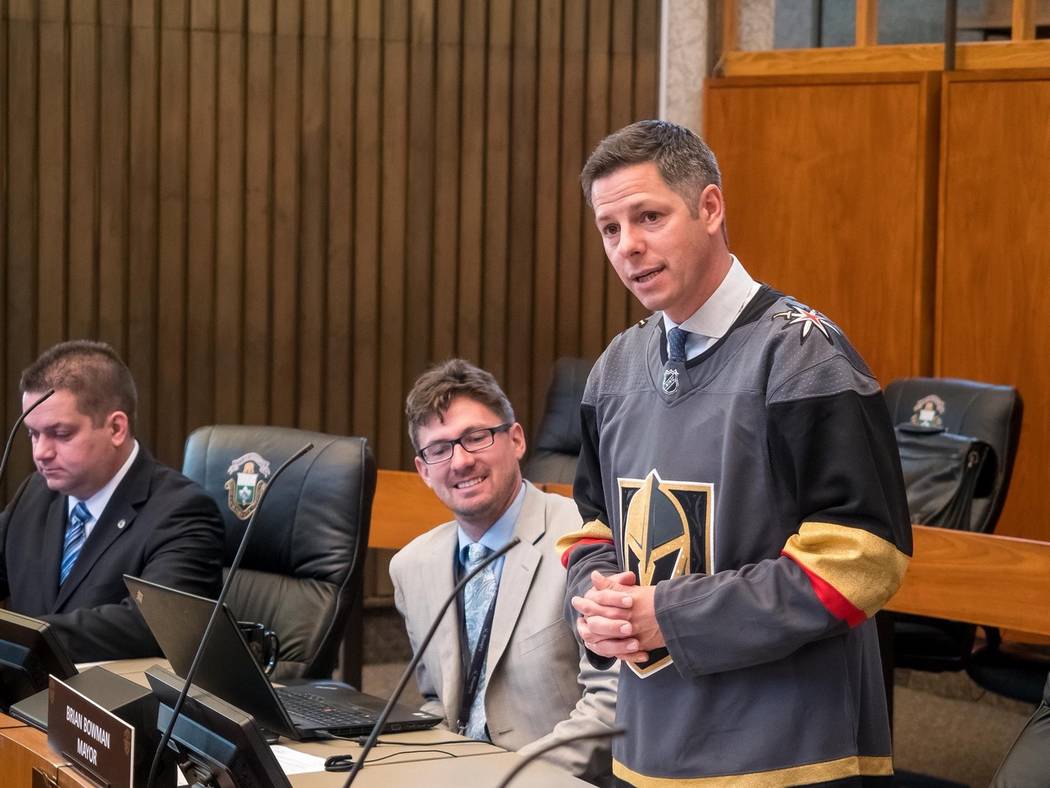 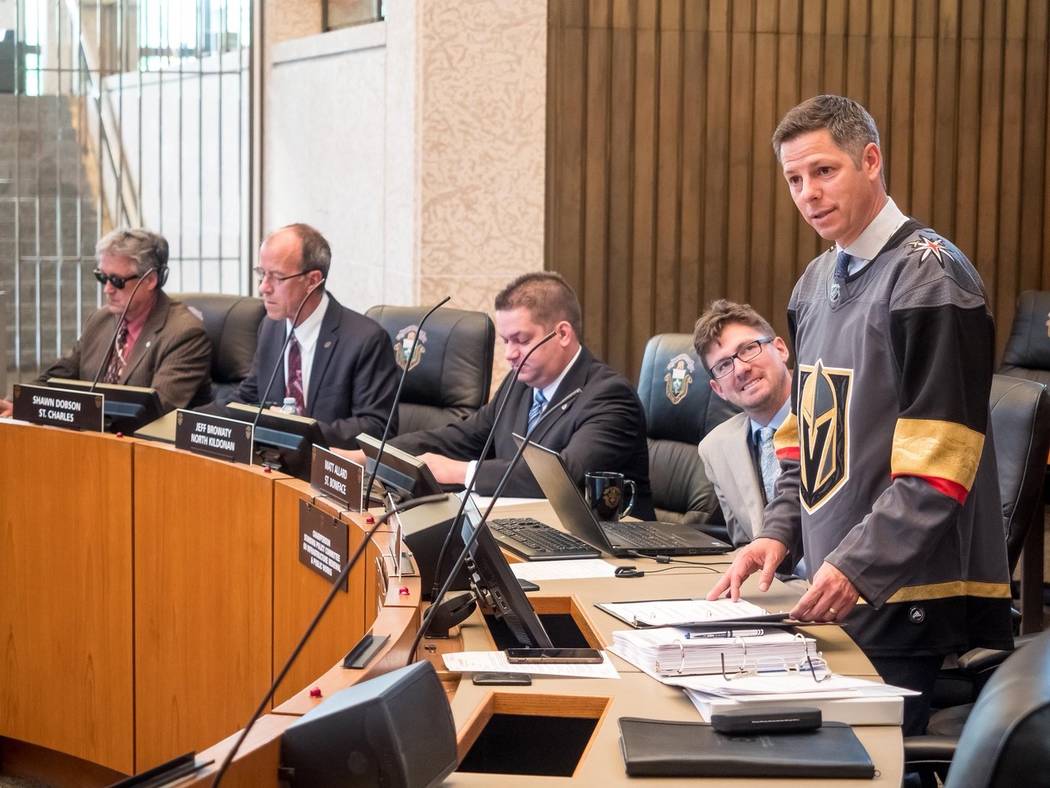 The Vegas Golden Knights picked up another road victory today.

Winnipeg Mayor Brian Bowman paid off his wager with Las Vegas Mayor Carolyn Goodman by sporting a Golden Knights jersey while presiding over the Winnipeg City Council meeting this morning.

During a phone chat after that meeting, I asked the mayor how he was feeling.

The wager was set prior to the Golden Knights-Winnipeg Jets Western Conference finals in the NHL Playoffs. The Golden Knights won the series 4 games to 1, and open the Stanley Cup Finals at home Monday against the Washington Capitals at T-Mobile Arena.

Working through intermediaries, Bowman and Goodman had agreed that the loser of the VGK-Jets series was to wear the winning team’s sweater to a City Council meeting or public event of equal relevance, and also post the photos to social media.

Bowman purchased the Golden Knights jersey — the team’s metal-gray home jersey, actually — at a local sporting goods store in Winnipeg. He was in a congenial mood after paying off the bet.

“Mayor Goodman and everyone in Las Vegas have been great sports about this,” Bowman said. “We’re really pleased that they accepted our friendly wager, and we have been impressed — as everyone has — by what the Golden Knights have done both on the ice, and how the city has really embraced the team. It’s been great for the sport of hockey.”

To understand the scope of the Golden Knights’ triumph over the Jets, know that hockey is “in our DNA,” as Bowman stated. “When babies are born here, we hand them a hockey stick,’ he said. “If they drop it, we send them to the States.”

When asked if she’d ordered a Jets jersey in case the Golden Knights lost the series, Goodman texted, “Of course not!”

Goodman is now letting it ride, as it were, by coordinating a similar wager with Washington D.C. Mayor Muriel Bowser, “Maybe something more” than a return to the jersey bet, Goodman says. Negotiations are underway, and when they shake on it, we shall report.

Bowman hedged when I asked if he had a rooting interest or prediction for the Stanley Cup Finals.

“Well, the Jets have a formidable team, and for the Golden Knights to win the way they did is very impressive,” the mayor said. “The Capitals have their work cut out for them. They are in for a battle. No team has been able to solve the Golden Knights.”