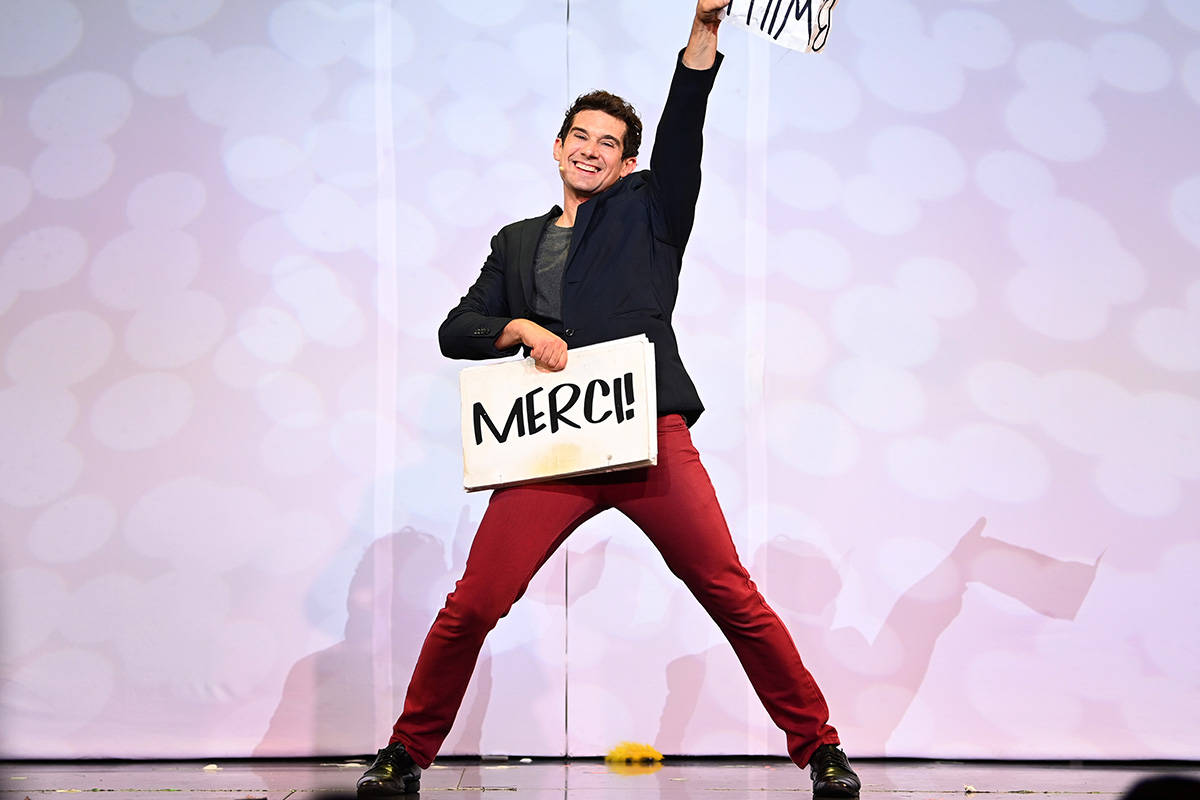 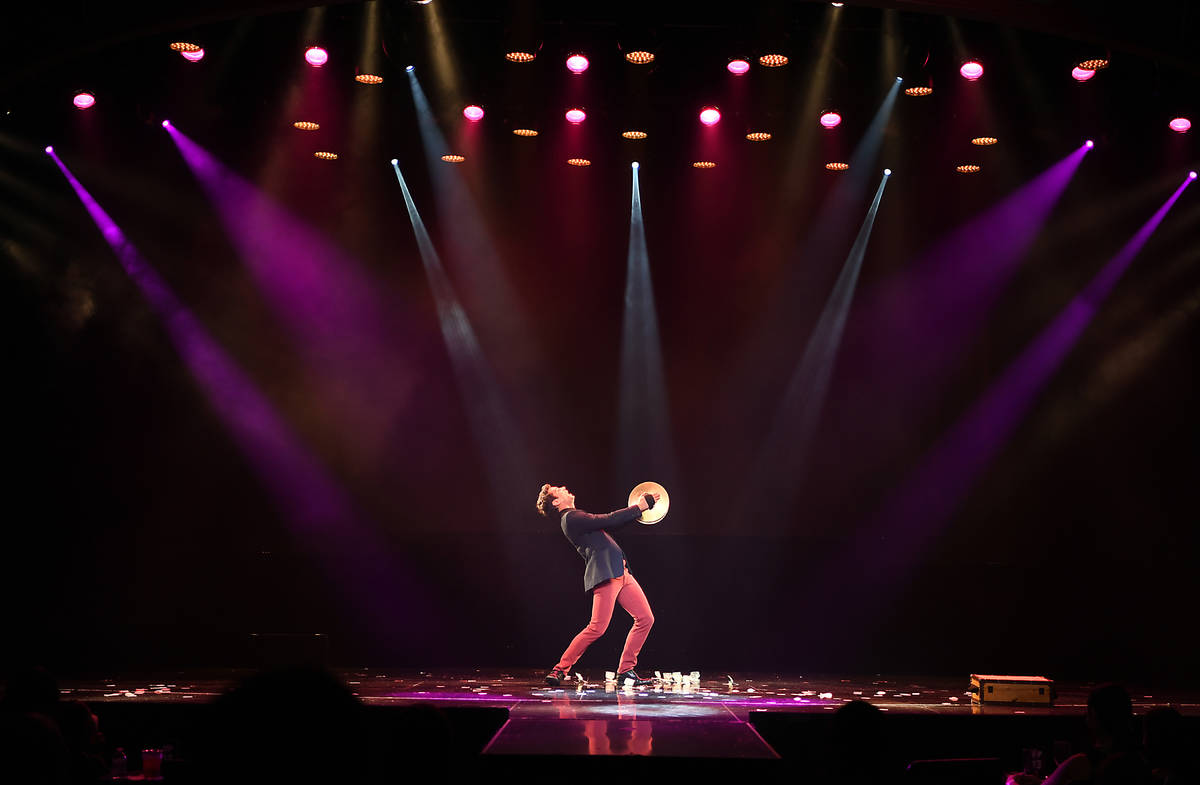 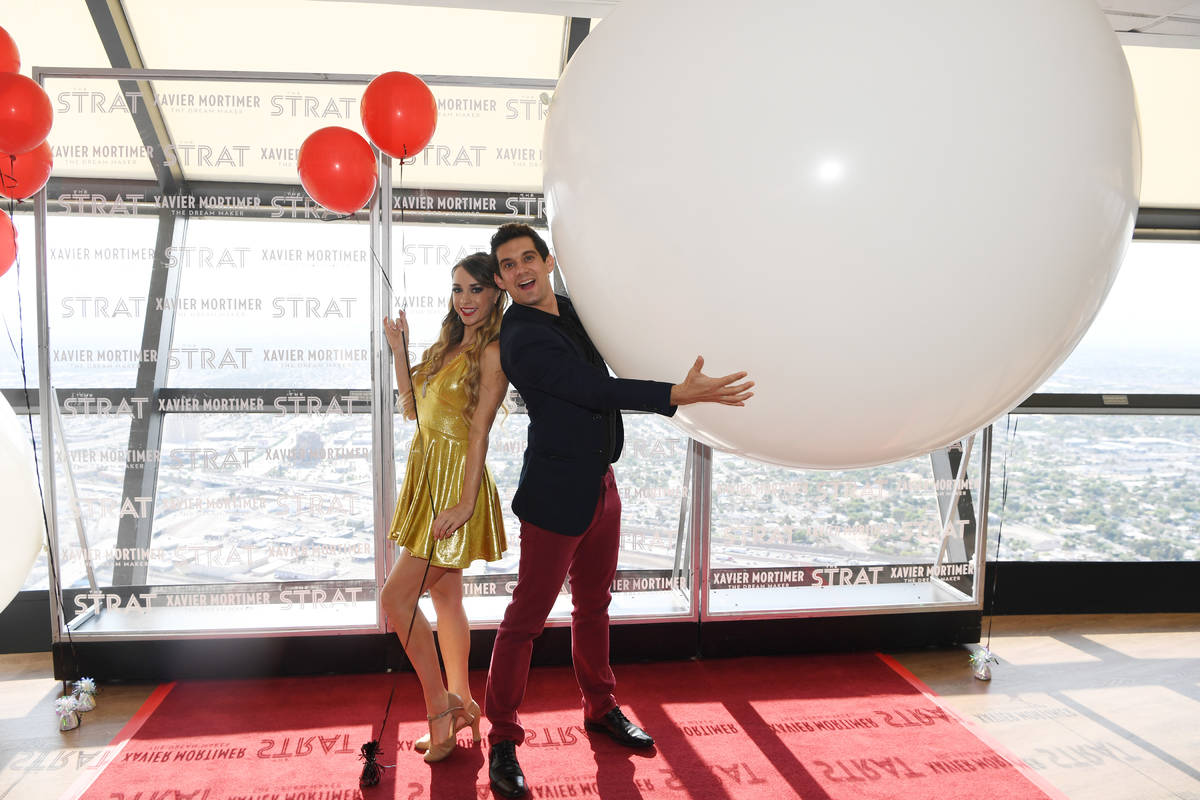 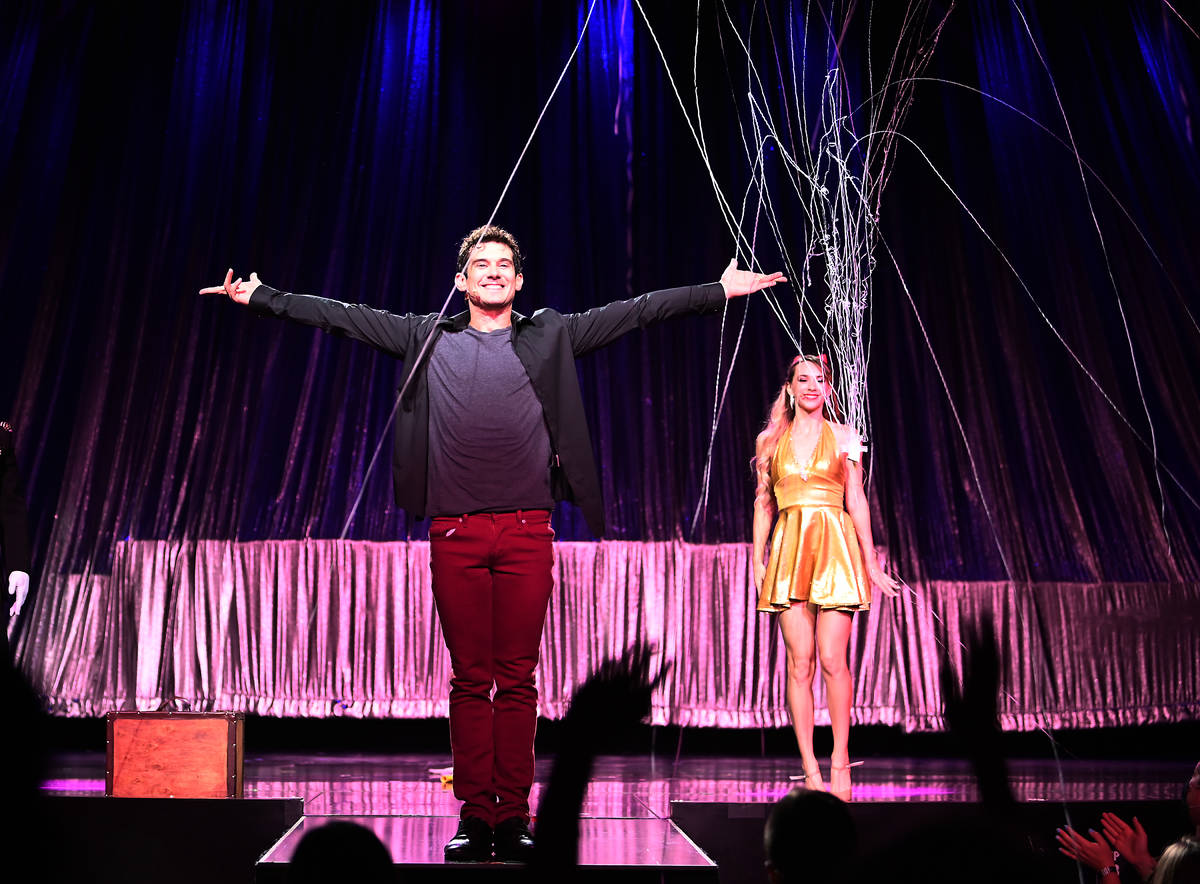 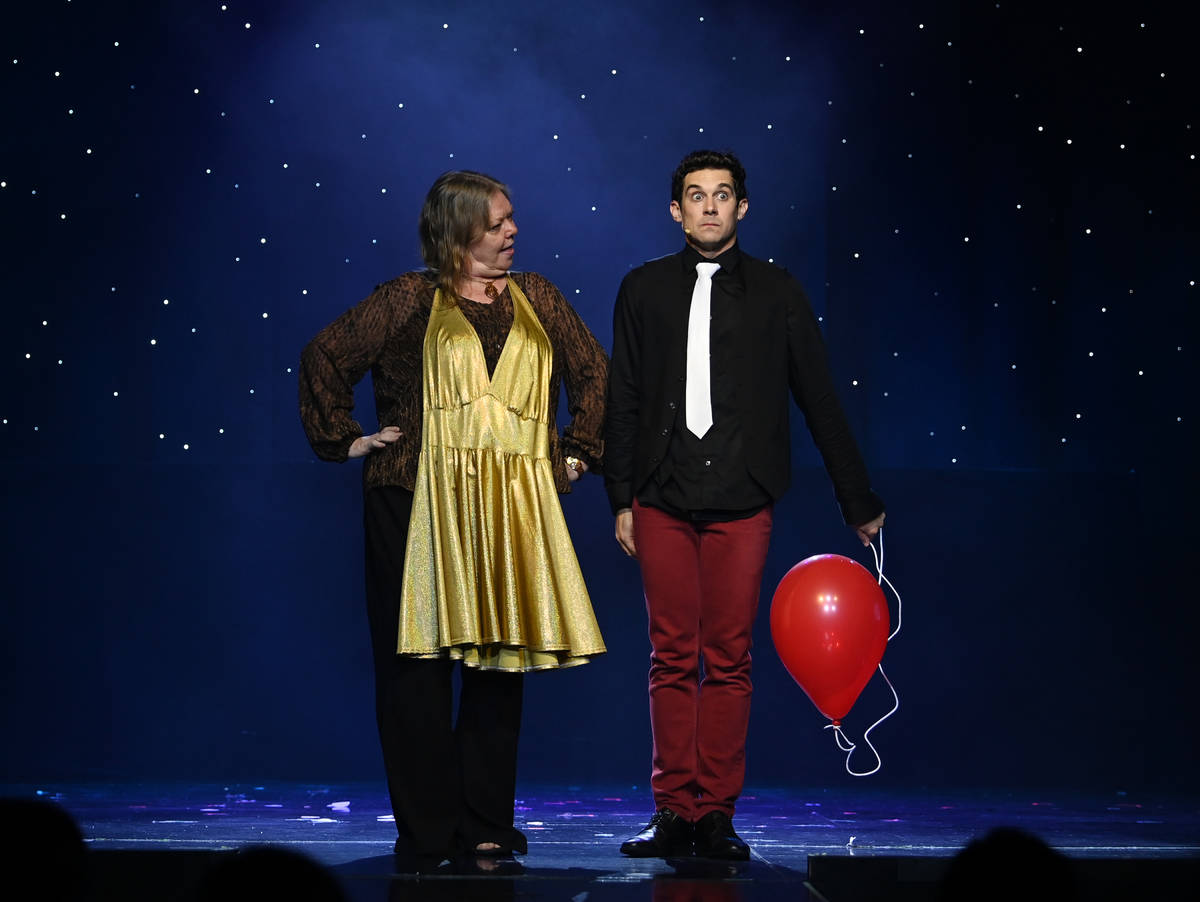 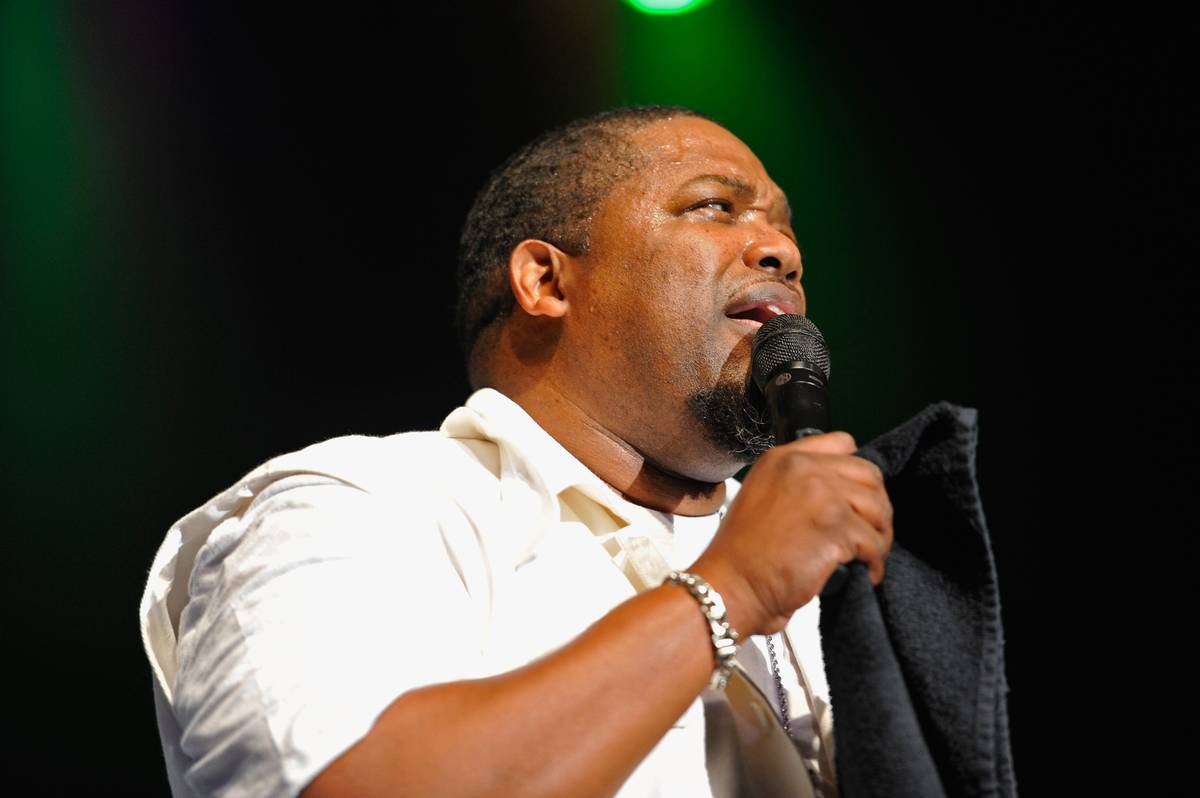 Dave Hollister of Blackstreet is in the lineup of singers in “Love Muzik: The Las Vegas Residency,” opening July 3 at International Theater at Westgate Las Vegas. (The Muzik Firm) 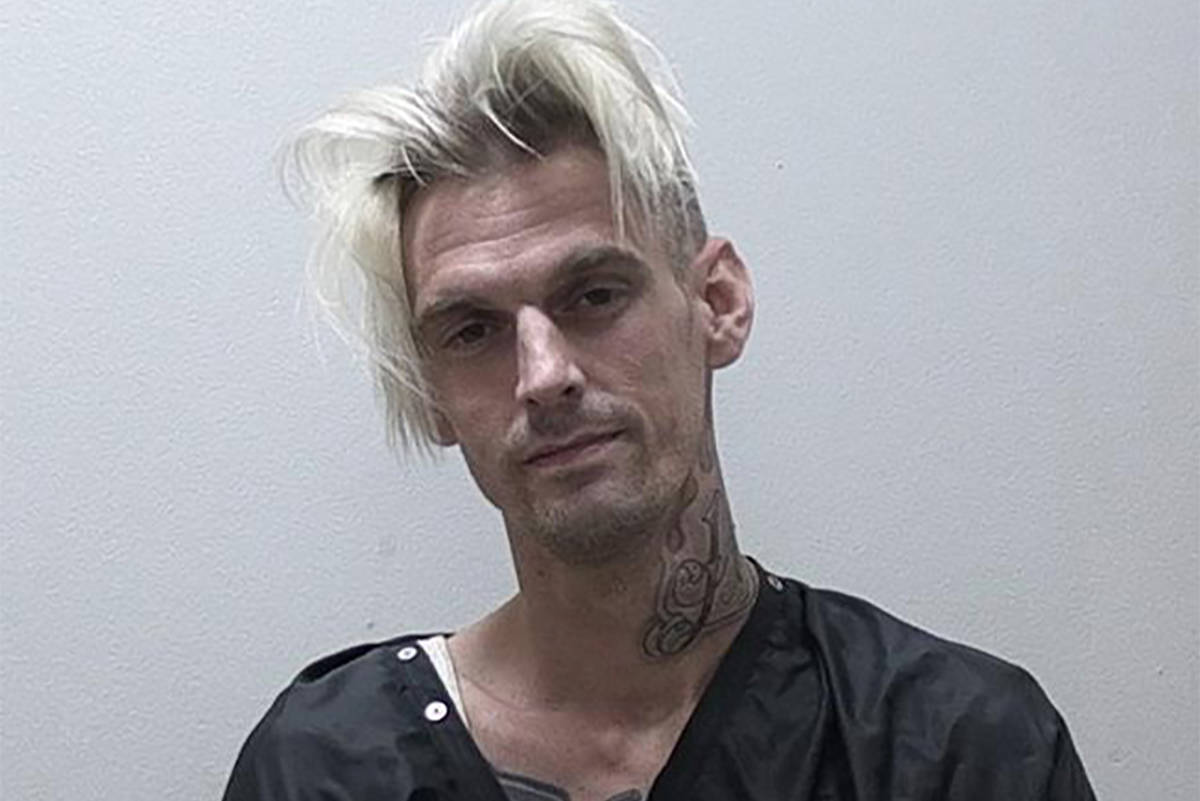 Singer Aaron Carter and his girlfriend were arrested on DUI and drug charges in Georgia on Saturday, July 15, 2017. Carter is accused of drunken driving and possession of less than 1 ounce of marijuana and paraphernalia. (Habersham County Sheriff's Office via AP)

As Cirque du Soleil quickens its pulse on the Las Vegas Strip, the performer who once worked the sequined-gloved hand in “Michael Jackson One” is slugging it out at The Strat.

Xavier Mortimer, who will always be the first performer to break from a Cirque show to headline on the Strip, has reopened at The Strat Showroom. “The Dream Maker” finds him continuing his beguiling autobiographical showcase, a magical trip fit for all ages. You can’t help but smile along with the former mime who now sees his name on a Vegas marquee.

“This is my dream,” he says. “I have always wanted to play in Las Vegas.”

Mortimer has climbed to a bigger playground, with a far larger stage then he worked with at The Magic Attic at Bally’s. He also has a bigger crowd to play to, with 600 seats to fill.

Mortimer became a TikTok phenomenon in COVID, amassing more than 3.2 million followers. He is relying on even a smidgen of that community to actually purchase show tickets. The 41-year-old magician had been moving the attendance gauge toward “full” when the state’s mask mandate went into effect.

Mortimer had topped out at exactly 366 tickets sold just before the July 27 mandate for audience members to return to wearing masks. Sales dipped by about 30 percent to 40 percent. Even as he’s dipped to the 220-260 range, he’s still selling more tickets than he did at The Magic Attic.

And, Mortimer’s producer Alex Goude is quick to note, “It’s not just Xavier — every show in town is having trouble now. We will be back to normal at some point, but we don’t know when.”

Mortimer has added four new acts, or a third of his entire show, in The Strat production. The balloon arrival, where he appears just as sidekick Allie Sparks as Belle, vanishes, is the early indication the show has been revamped.

“We have changed quite a bit in the show, and you don’t realize when you’ve done the show a thousand times, as I have, how easy it is to do the show with the same acts,” Mortimer said. “You bring in a new illusion, and you suddenly realize it will not work because of some small detail. A piece of tape on the floor might ruin the act, and you have to work through it. The biggest challenge it to be on top of that every night.”

Mortimer still performs a fair amount of audience participation, even with a masked crowd.

Mortimer is bracing for any contingency, artistically. But crowd work is vital to his performance. To take that away would take him off the stage.

“To be honest, I’d rather not do the show,” Mortimer said. “I think, if we can’t have anyone onstage, I’d rather say, ‘OK, if you want people to be masked, to have social distancing, OK. But if the people can’t be onstage with me, it kills the vibe of the show. I’d rather wait it out.’”

“Love Muzik” is back onsale, scheduled for Sept. 11 at the Thomas & Mack Center. The show was on the cusp — cusp, I tell you! — of opening at Westgate’s International Theater in July before contract talks imploded.

Dave Hollister of Blackstreet, who recorded the 1996 hit “No Diggity” with Dr. Dre and Queen Pen; Carl Thomas (the 1999 hit “I Wish”); soul artist Kenny Lattimore; and singer/songwriter Tweet; R&B vocalist K’Jon (whose solo album, “I Get Around,” topped the Billboard R&B charts); Gary “Lil G” Jenkins of the R&B band Silk; and Joe Little of The Rude Boys are all in this adventurous production.

Musician/producer De’Miyon Hall, who served as music director and drummer for Gladys Knight for a decade, has fostered this show under his company, The Muzik Firm. Hall is a Vegas native, and there is also buzz about this show entering into residency at a modified venue at Aria. We’ll not rule out any of it.

A nekkid Vegas show has avoided being caught with its pants down.

As D’Angora texted, “We are disappointed and a bit embarrassed … Within a few days of the announcement, it became clear, for multiple reasons, that Aaron’s participation in ‘Naked Boys Singing!’ was not going to work out.”

There was no further explanation.

“Naked Boys” is an hourlong musical where the cast members are nude (no covers, face or otherwise, for this crew). The show is celebrating its 20th anniversary of its premiere in New York. Carter is the former teen recording star from the late ’90s, younger brother of the Backstreet Boys’ Nick Carter. He has appeared in “Seussical” on Broadway, “The Fantasticks” off-Broadway, and “Dancing With The Stars” on ABC.

In Carter’s departure “Naked Boys” is show offering refunds for those who bought tickets expecting to see former kid star. The producers are going with maybe a lesser-known but capable co-star and, as D’Angora says, “A talented and gorgeous cast.”