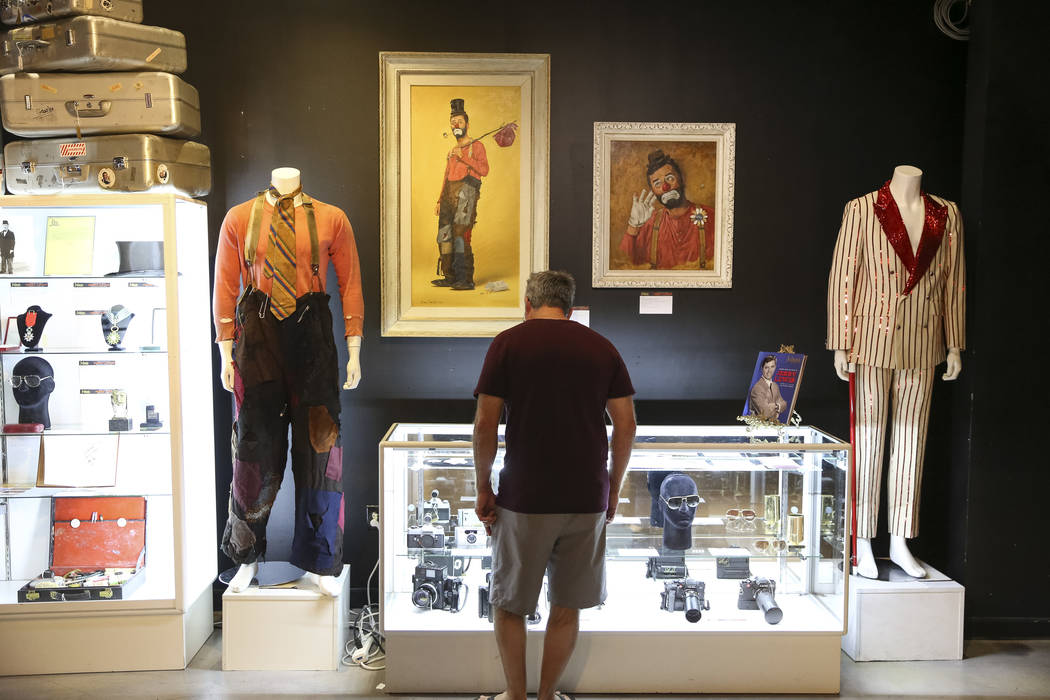 A man browses items belonging to late comedian Jerry Lewis on display during the Julien's Auctions Property from the estate of Jerry Lewis inside Planet Hollywood Resort in Las Vegas on Monday, June 18, 2018. The two costumes from "The Day The Clown Cried," left, and "Damn Yankees" are on display at Zak Bagans' Haunted Museum. Richard Brian Las Vegas Review-Journal @vegasphotograph 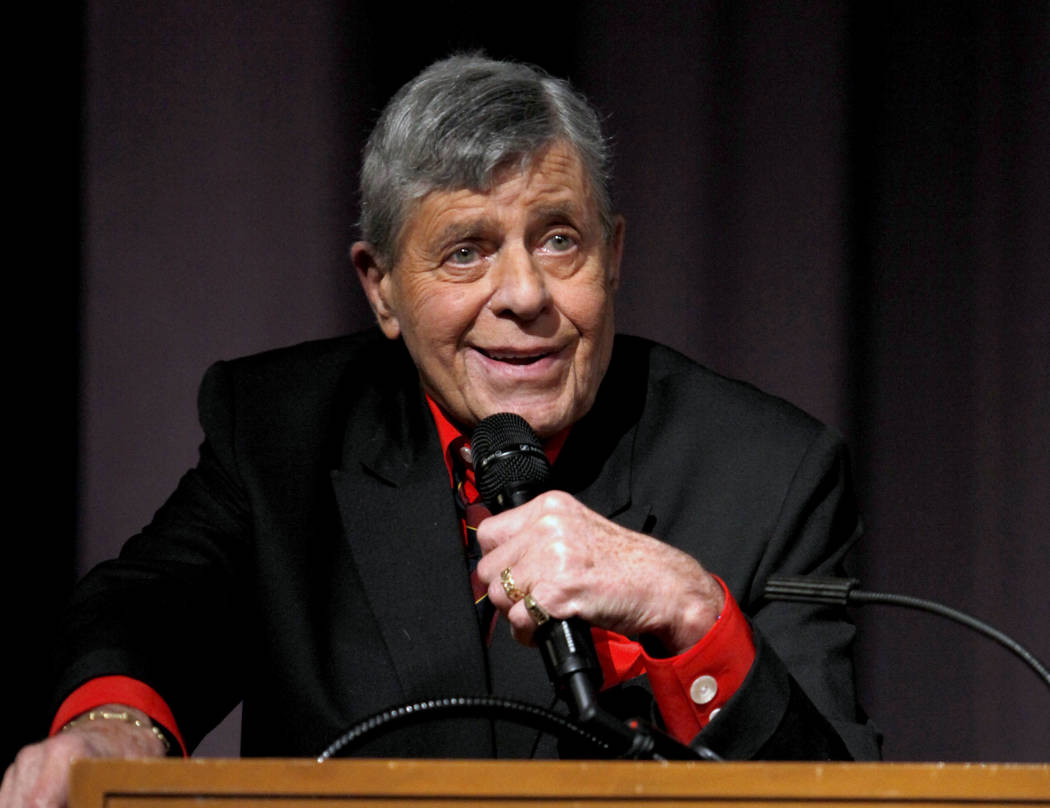 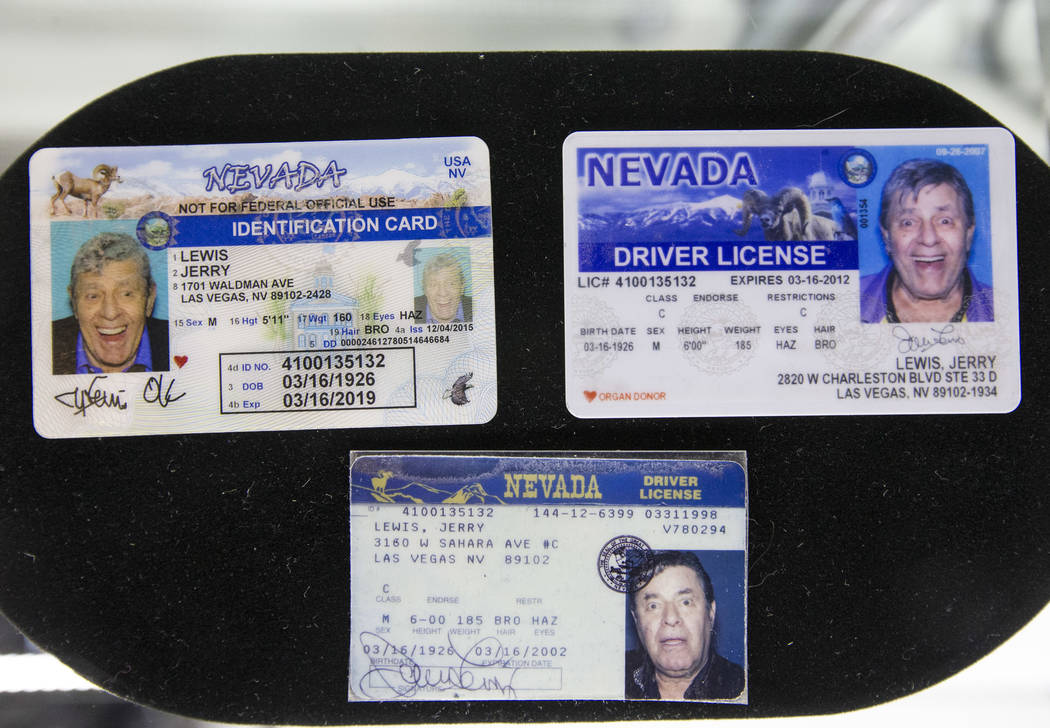 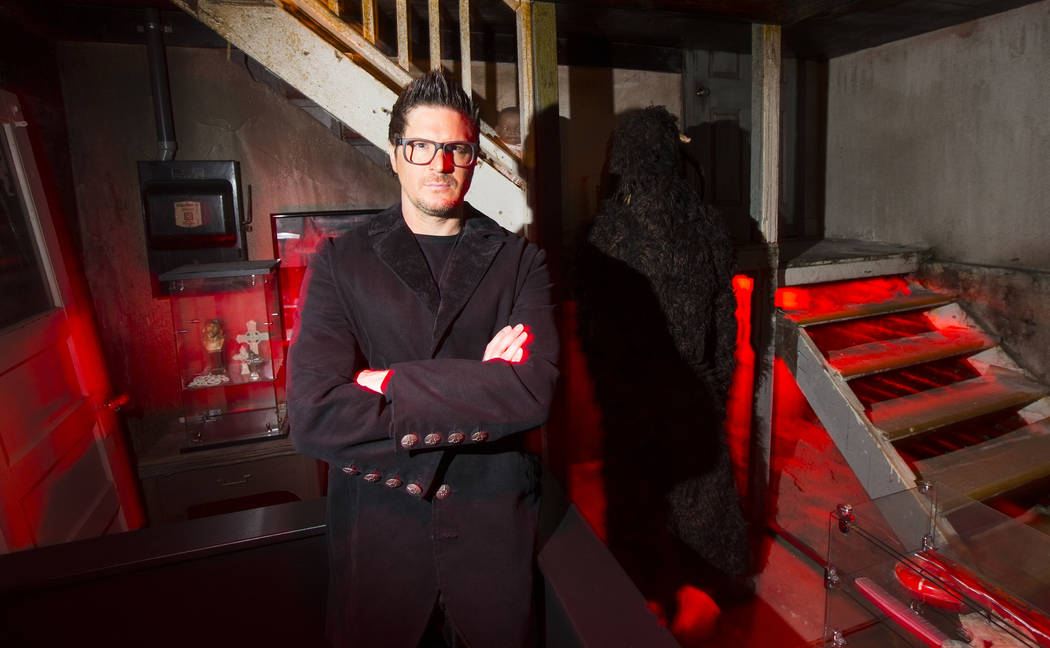 Jerry Lewis played some famous rooms in his day. His spirit is following suit (and suits) by headlining Zak Bagans’ Haunted Museum.

The legendary funnyman and groundbreaking filmmaker is represented in a new display at Bagans’ otherwise macabre fortress at 600 East Charleston Blvd.

Lewis’ costumes from “Damn Yankees” and the unreleased “The Day the Clown Cried,” his gag teeth from “Nutty Professor,” a clown makeup kit and two of Lewis’ Nevada driver’s licenses are currently displayed.

Bagans purchased all of these Lewis belongings at Julien’s Auction of his estate in June at Planet Hollywood.

Among Bagans’ other artifacts under glass are some of Redd Foxx’s personal items and a piano once owned by Liberace. Why would the host of “Ghost Adventures,” who has also recently added bone fragments from Charles Manson’s remains to his museum tour, turn his focus on legendary entertainers?

“I have a deceased celebrity section, and part of that is dedicated to past Las Vegas residents,” Bagans says. “I believe their spirits or part of their energy are forever absorbed in their items.”