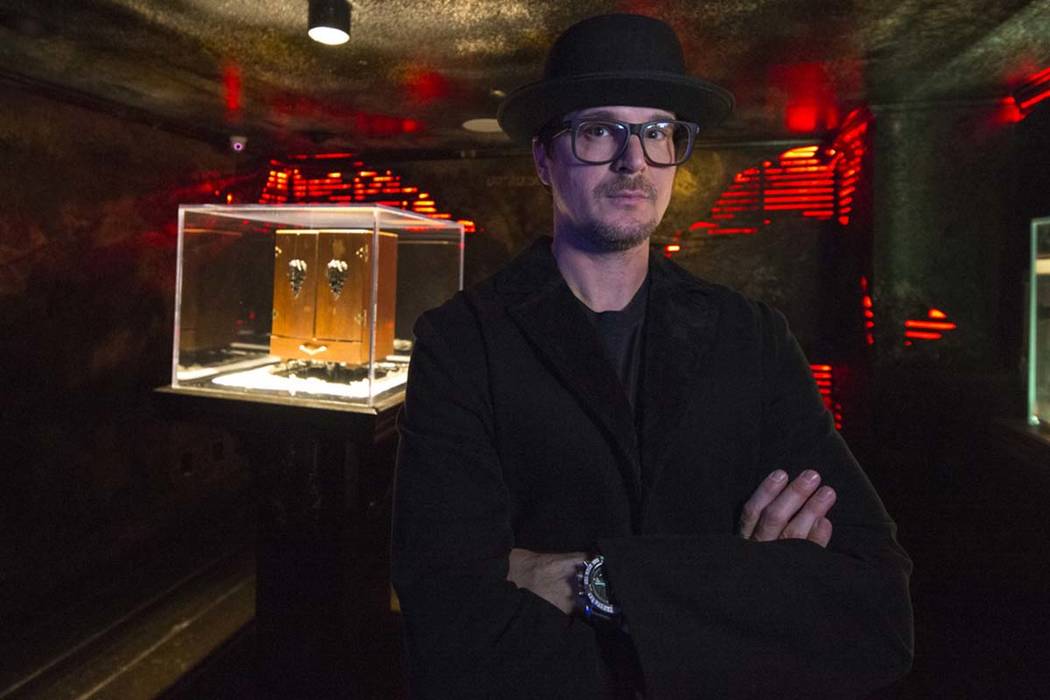 The “Ghost Adventures” creator and star has reportedly paid $50,000 for the spectacles after a crime collectibles site put them up for sale, according to TMZ.

Saturday, Bagans confirmed he had purchased the creepy eyewear and that they will be exhibited at his Zak Bagans’ Haunted Museum at 600 E. Charleston Blvd., just east of Las Vegas Boulevard.

Plans are for the glasses to be displayed behind a jail exhibit, with actual jail bars.

Bundy confessed to 30 homicides he committed in over seven states between 1974 and 1978. He was executed by electrocution at the Florida State Prison in Bradford County on Jan. 24, 1989.

The true number of Bundy’s victims is unknown and possibly higher.

“Ted Bundy was one of the most evil human beings to ever set foot on this planet,” Bagans said in a text message Saturday. “His eyeglasses will be on permanent lockdown behind jail bars where they belong on exhibit at the Haunted Museum.”

In the article shared on Bagans’ Ghost Adventures Crew Facebook page, TMZ reports that the glasses are believed to have been worn by Bundy during his abduction of 12-year-old Kimberly Leach in Lake City, Florida in 1978. The purchase of the glasses also came with the original brown evidence bag, exhibit tag, and a crime scene photo featuring the glasses inside the Volkswagen Beetle Bundy stole before he was arrested.

Bagans has recently added a portrait of Charles Manson, with Manson’s actual ashes in the eyes; and the Camero once owned by Branch Davidian leader David Koresh during the days when his cult was under seige in Waco, Texas.