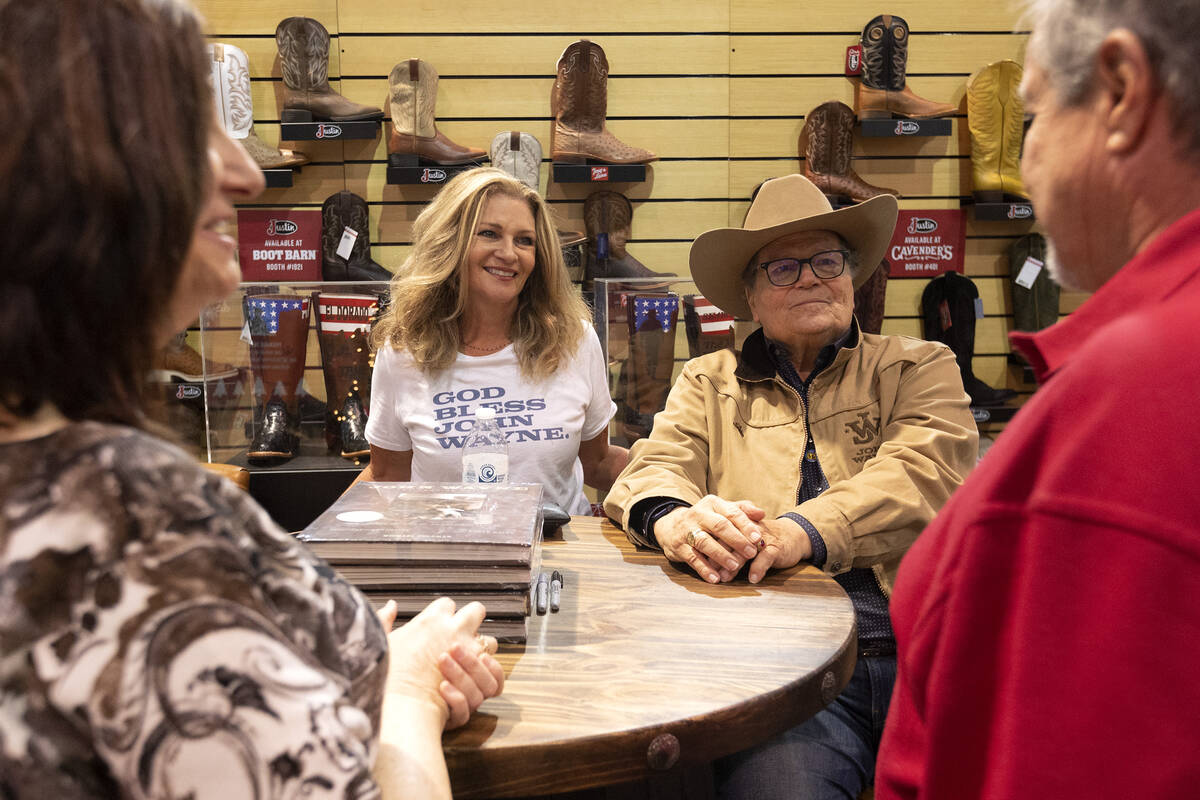 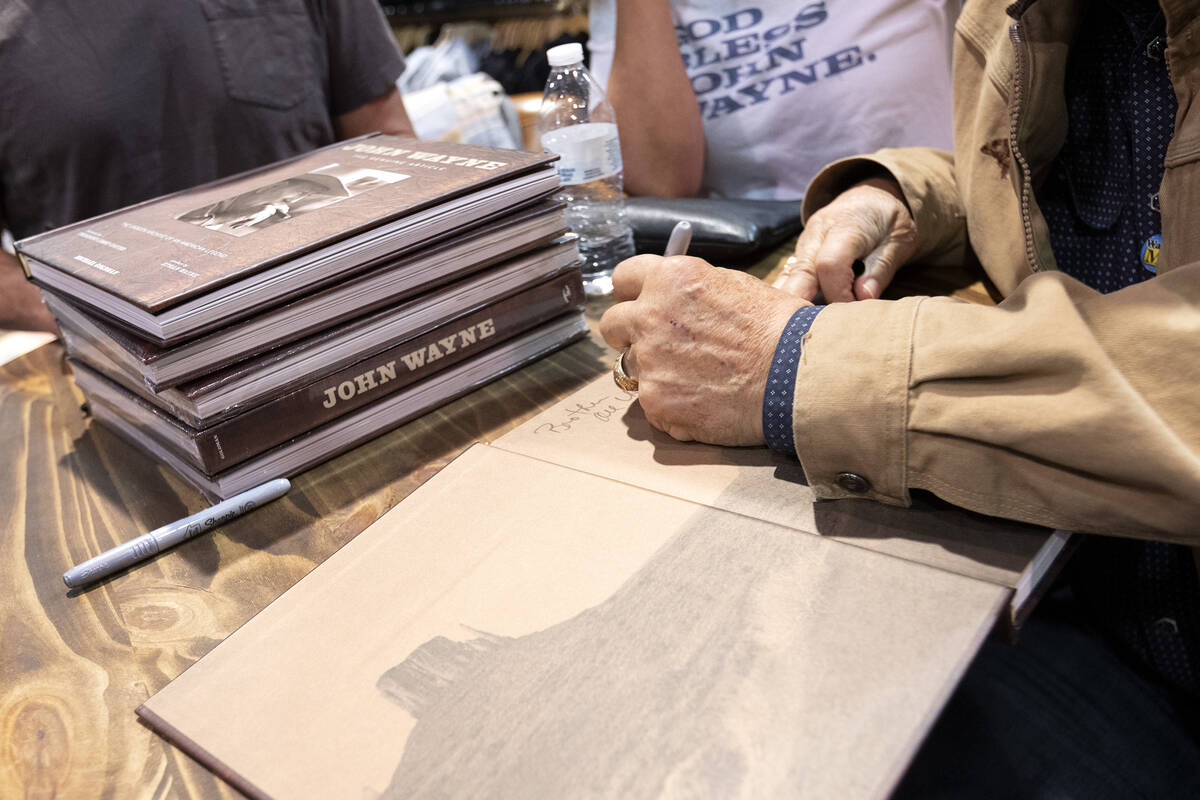 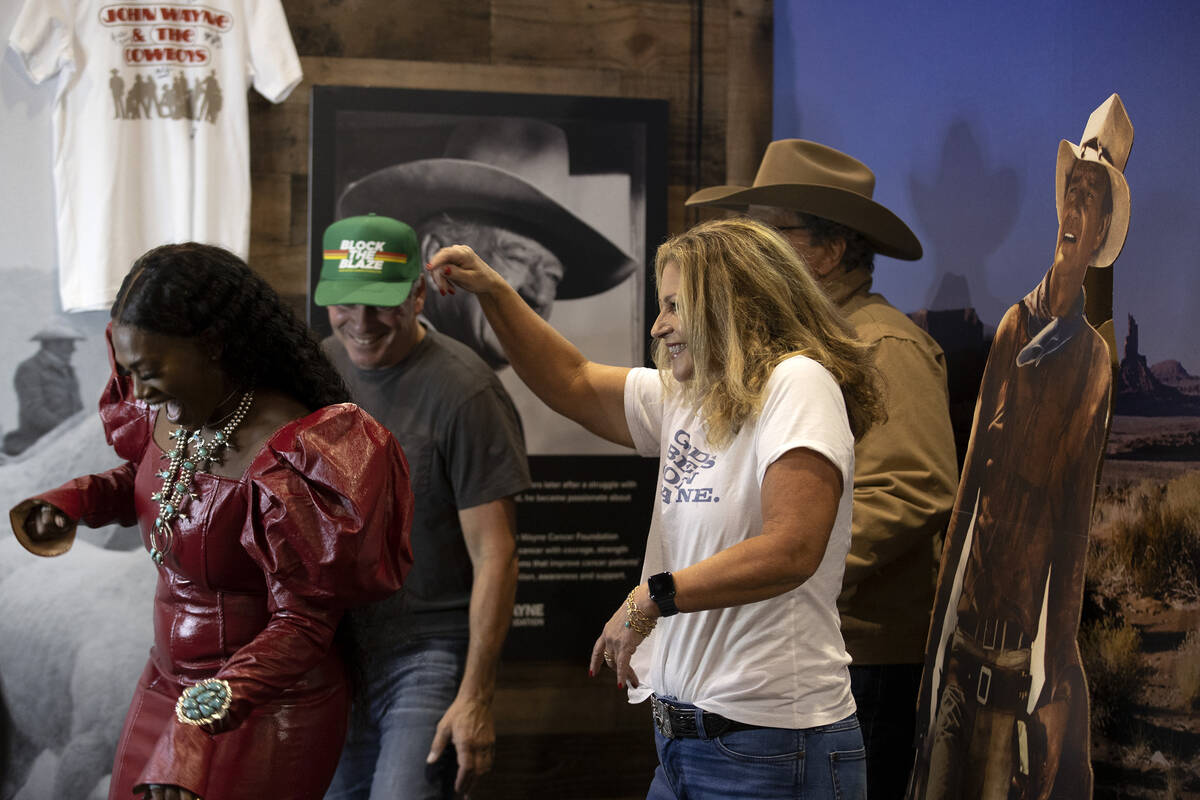 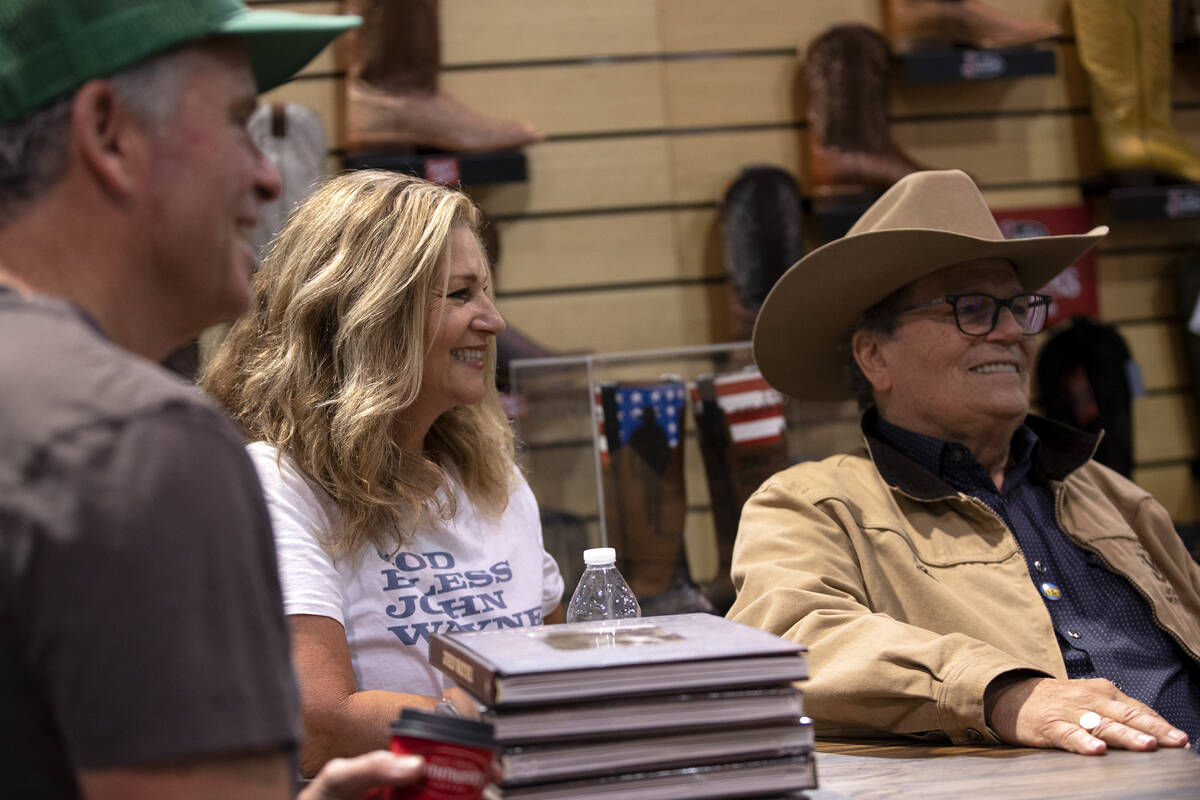 It shocked her, to see her father take a bullet on the big screen.

And in the back, no less.

Marisa Wayne was around 10 years old when she first watched “The Cowboys,” that seminal, coming-of-age Western starring her father, the cowboy-of-all-cowboys, John Wayne.

Wayne’s daughter watched the film with her dad by her side — and yet still it rattled her.

“I mean, it was just so traumatic,” she recalled. “I’m sitting in the same room with my dad next to me, and I know he’s an actor, but I just was a mess.”

Her disbelief was understandable: John Wayne was seldom ever shot and killed in his movies, all 169 of them.

He was a paragon of toughness, Kevlar personified.

But “The Cowboys” was different: Filmed when its leading man was in his mid-60s, it follows Wayne-portrayed rancher Wil Anderson as he recruits a gang of schoolboys to help him on a cattle drive after his usual ranch hands abandon him to try their luck in the gold rush.

While still exuding the gruff gravitas of a man seemingly fashioned from rawhide and barbed wire as much as flesh and bone, Wayne also displays a fatherly side in “The Cowboys.”

Caring, he is, and it manifests itself in one of Wayne’s most distinctly human roles — as such, “The Cowboys” lives on as a fan favorite of Wayne’s alongside genre-defining classics such as “The Searchers,” “Stagecoach” and “True Grit.”

Marisa Wayne and some of the film’s cast members are celebrating the occasion by appearing at The Cowboy Channel’s Cowboy Christmas event at the Las Vegas Convention Center during the National Finals Rodeo festivities. In addition to a display of rare memorabilia from “The Cowboys,” including The Duke’s costume from the film, there will be daily signings from numerous actors in the movie from noon-2 p.m. Fans can meet the cast members at the Dawg House Saloon inside Resorts World from 10-11 a.m. daily.

For his daughter — who remembers being on set with her dad as a kid alongside Ron Howard, Jimmy Stewart and Lauren Bacall for “The Shootist” and Katherine Hepburn for “Rooster Cogburn,” to name but a few — “The Cowboys” still stands out in her father’s expansive filmography because that’s who she sees in the film: not Wil Anderson, not cinema’s most famous cowboy, but her father.

“I see him in a lot of the characters, in a lot of the films,” she said, “but ‘The Cowboys’ is really special, because he has all those young boys that he’s responsible for.

“He’s just very protective,” she continued, “But it’s also, ‘You’ve got to grow up. And grow up right.’”

From cowboys to men

He was a teenager acting in his first film. And yet four days into “The Cowboys” shoot, Robert Carradine summoned the nerve to give John Wayne some advice on how his character Slim Honeycutt should be addressed, deviating from the script a bit.

“He didn’t respond well,” Carradine said with a chuckle. “He chewed me out to the magnitude of reducing me to tears. It didn’t go well at all.

“I’m sure in his mind he’s probably going, ‘What in the hell is this 17-year-old kid who’s never been in a movie doing, telling me how he thinks I should do my line?” he continued. “I mean, he must have been completely flabbergasted.”

And yet, the Duke ended up doing what Carradine suggested, tweaking the dialogue a tad.

This was the kind of man he was on camera and off: steely and no-nonsense, but fair.

As Carradine relates, for the many of the 11 young men who composed “The Cowboys” in the film, the shoot was a trial by fire.

About half of them were actual cowboys; the rest were actors who had to learn how to handle a horse.

“The riding component of the film was a major undertaking,” Carradine explained of the training required for the movie. “It was two-and-a-half months every day — seven days a week — four hours on school days, eight hours on Saturday and five hours on Sunday.

All these years later, Carradine still takes clear pride in the authenticity the crew brought to the movie as a result.

“That’s one of the things that kind of bothers me about current Westerns: These actors that don’t know how to ride, and it really shows,” Carradine said. “It hurts the production of the film, because you can see that they’re not really horsemen — when they’re playing horsemen.”

For four-and-a-half months in the spring and summer of 1971, Carradine and company would film in New Mexico, Colorado and Los Angeles, working with one of Hollwood’s biggest stars — literally and figuratively.

“Once we got on location and we were in the presence of Mr. Wayne,” Carradine recalled, “his charisma, his physical presence, it was pretty overwhelming.”

It’s one of the more iconic scenes in a film full of them, a young man locking horns with an old cuss.

Early in the film, Wilson stands up to Anderson after he tells him to either stop stuttering or hit the bricks, unleashing a slew of profanities on the boulder-sized cowboy.

“The whole thing is stand your ground,” he continued. “I was a kid who was basically talking to a father figure or someone who was really coming down on me, trying to defend my position. There is that quality — I think it’s a relatability — everybody can feel that in their spirit.”

This relatability lies at the heart of the film’s staying power.

“I think it has that timelessness because everyone identifies with some part of these characters,” Kelly said, “whether it’s my character standing up to Duke Wayne and swearing at him or anybody else’s character — they all have these moments where they have to be real, they have to be present.”

With its “Bonanza” meets “Bad News Bears” appeal, “The Cowboys” was a big hit upon its release in January 1972, earning $19 million at the box office, which translates to nearly $140 million in today’s dollars.

Yet “The Cowboys” wasn’t without controversy, with some detractors taking issue with John Wayne’s tough love approach — i.e. yelling at a kid to remedy a stammer — and the movie’s violent climax, where Anderson’s young charges kill the rustlers who killed him.

“Some of the critics took exception to the fact that we wiped out all those guys,” Carradine remembered.

Still, “The Cowboys” feels true to its era, not so much glorifying violence as acknowledging the realities of the time in which it’s set.

In a pivotal scene, Anderson is confronted by ex-con Asa Watts, aka Long Hair, played by Bruce Dern, who wants Anderson to hire him and his fresh-out-of-jail buddies for the cattle drive.