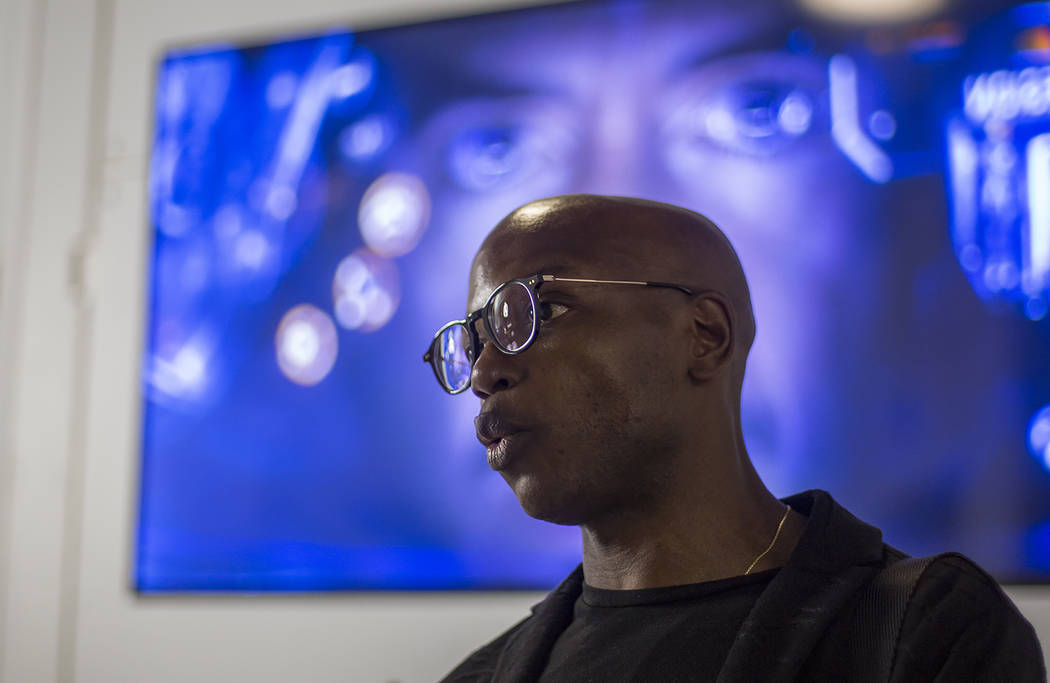 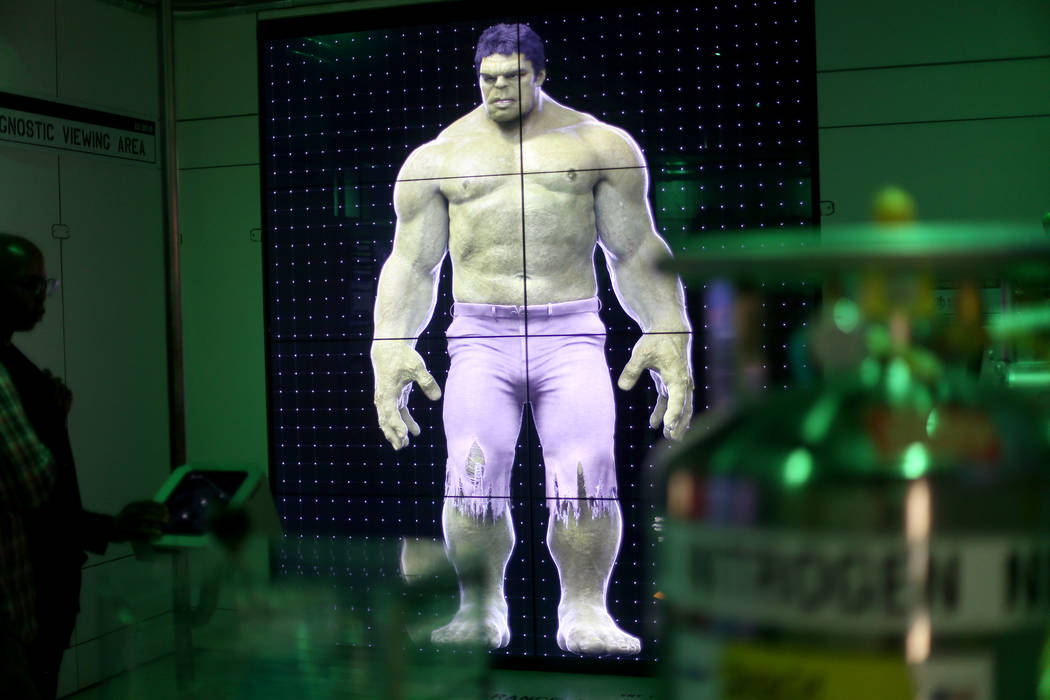 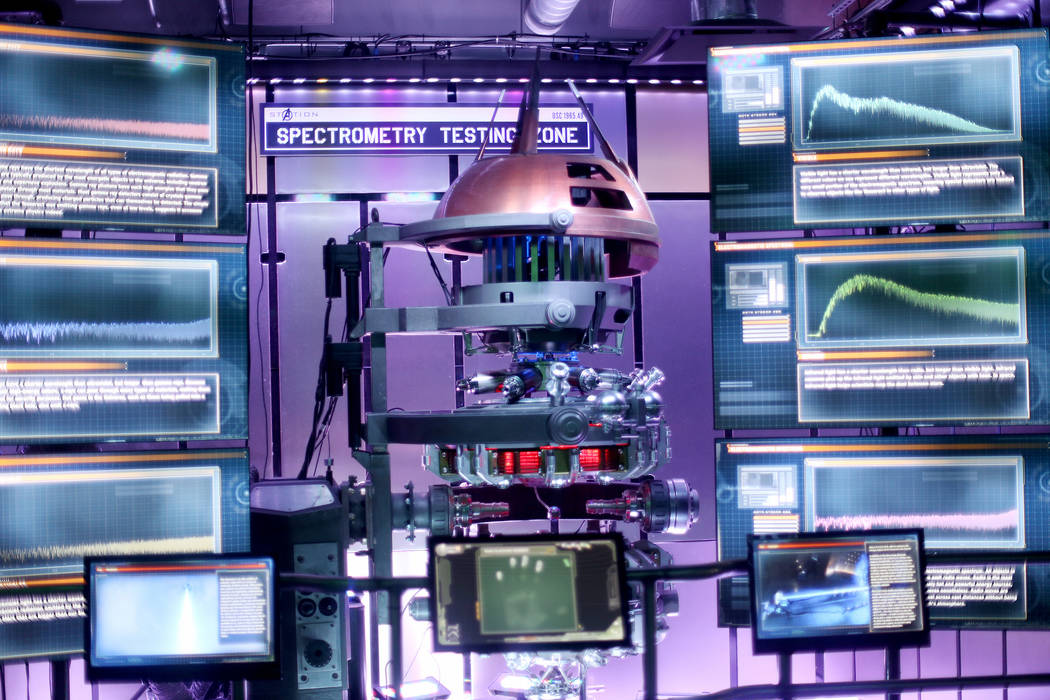 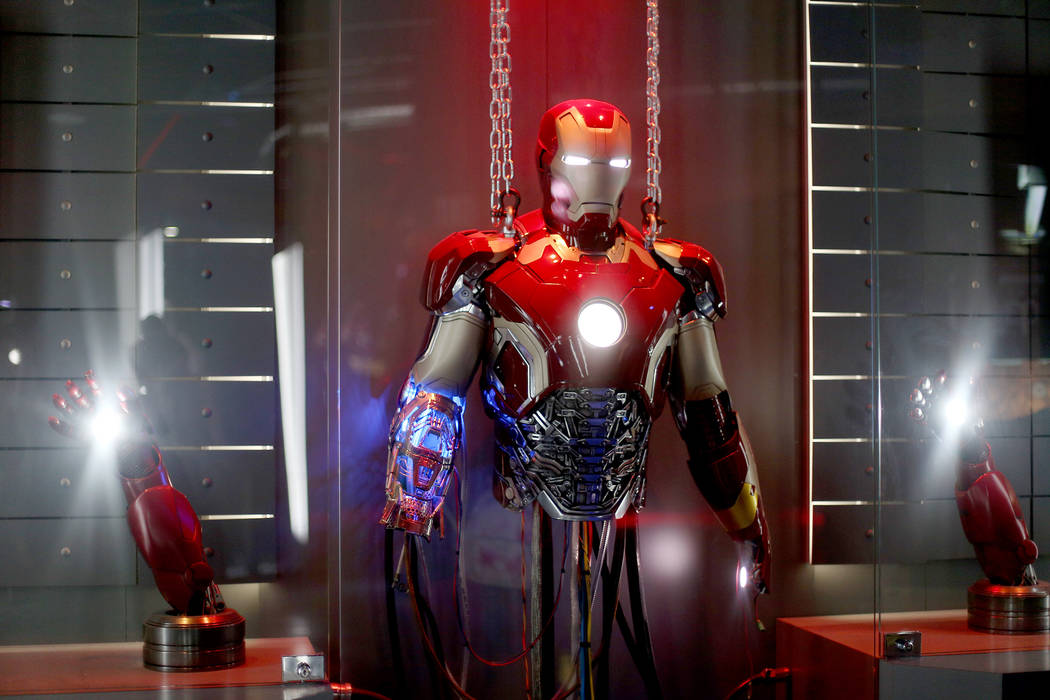 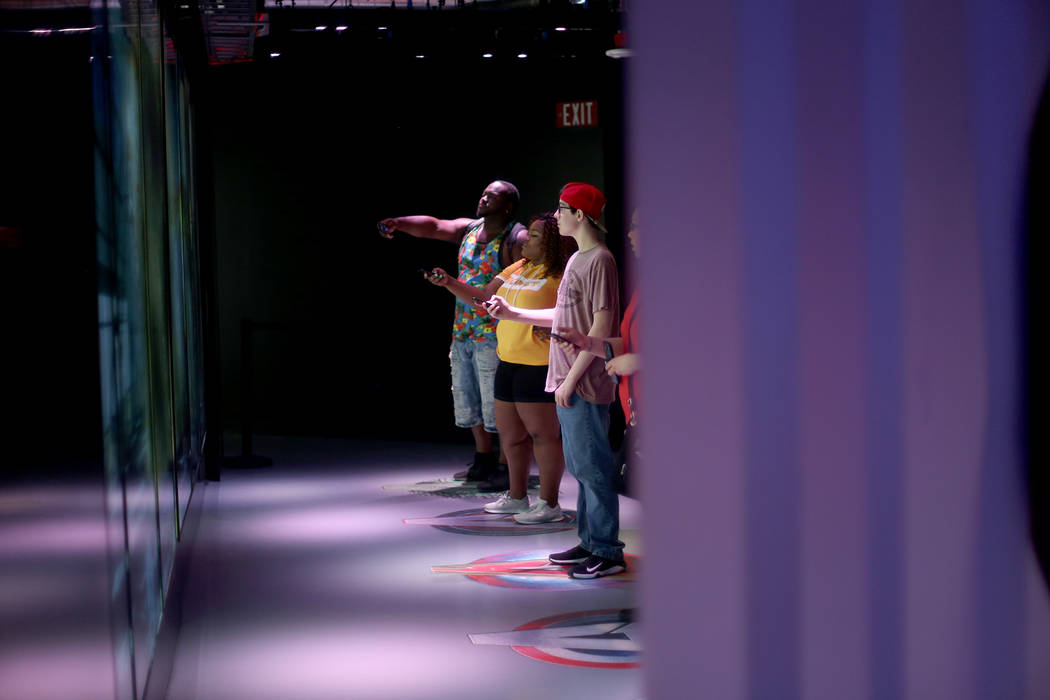 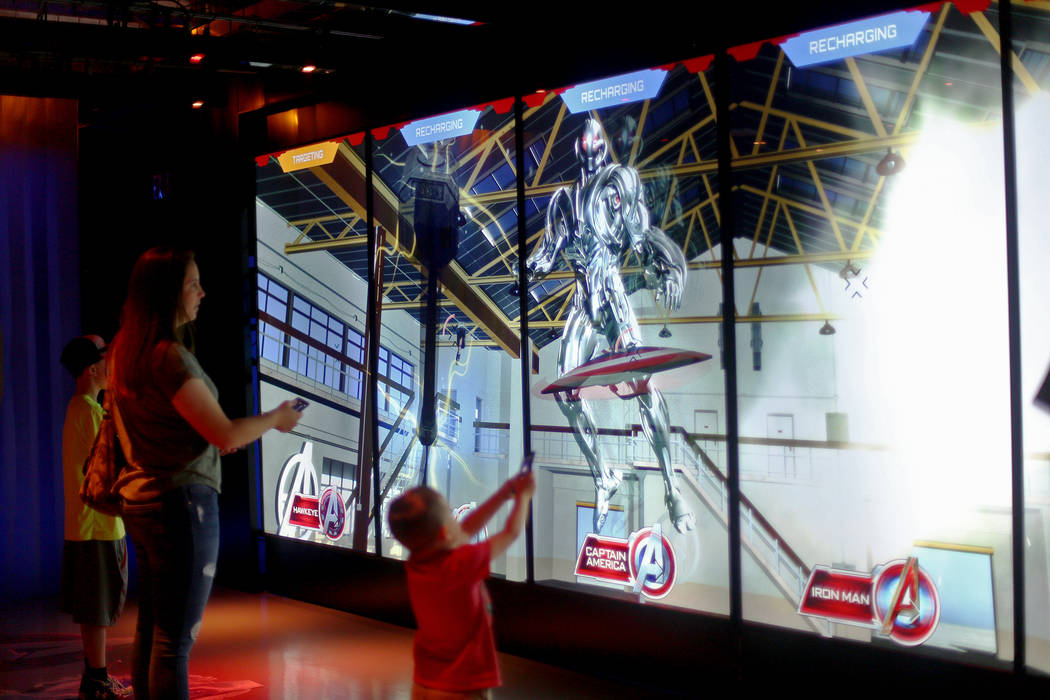 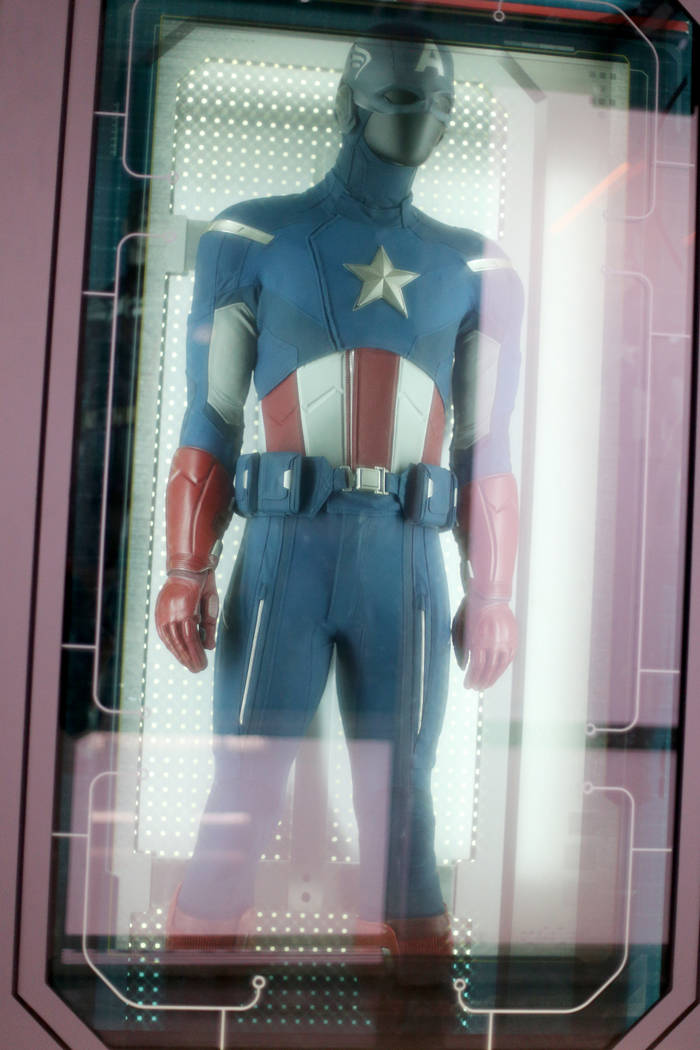 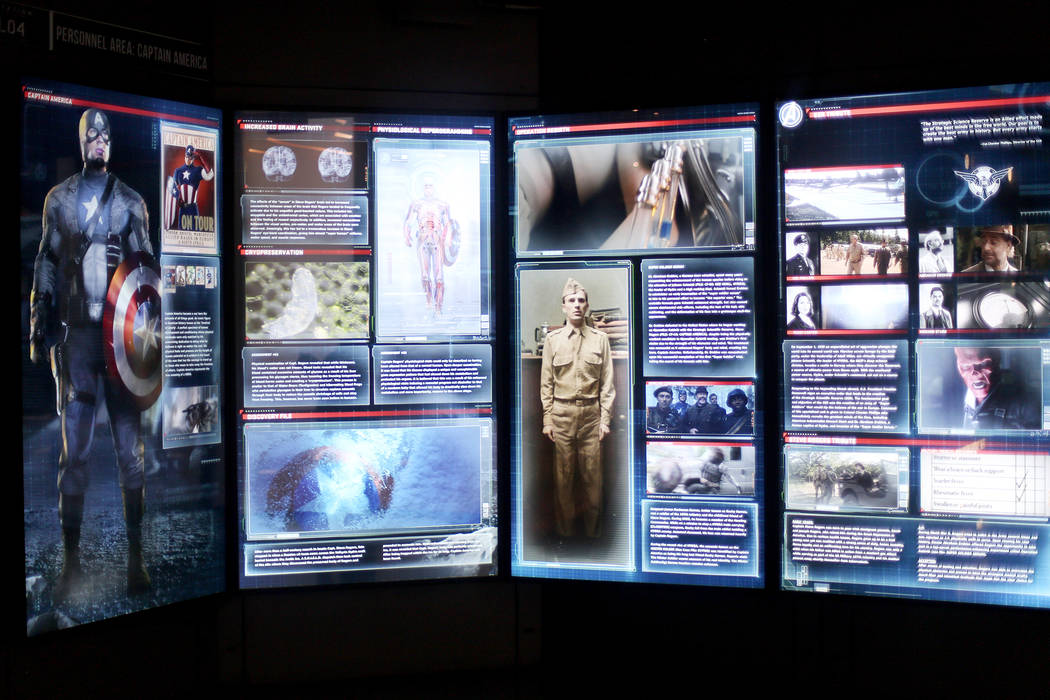 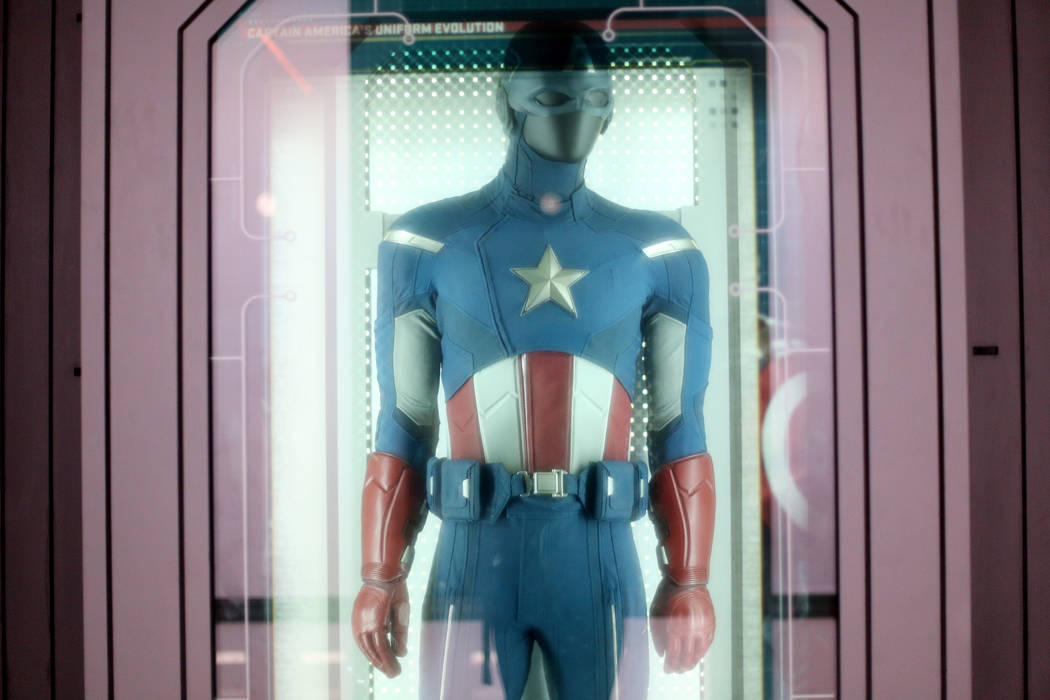 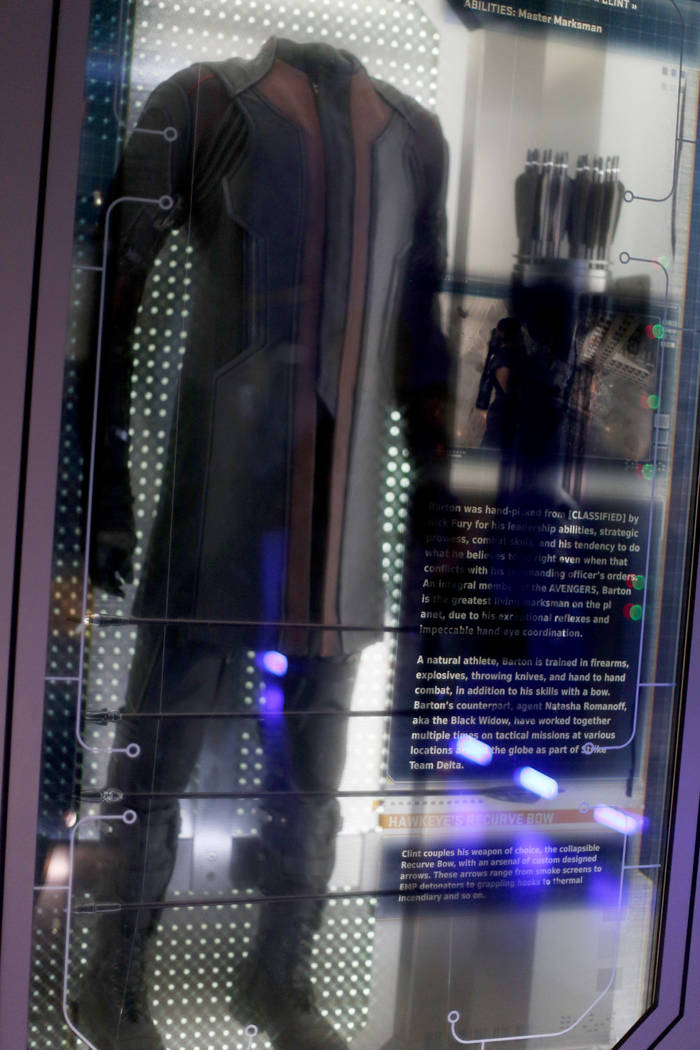 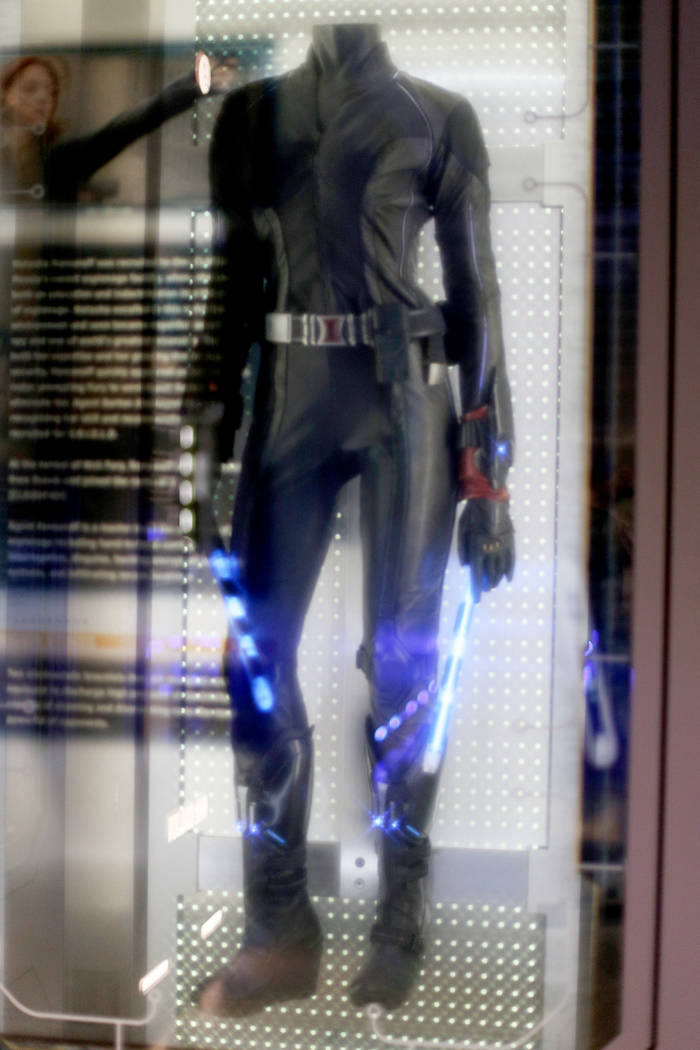 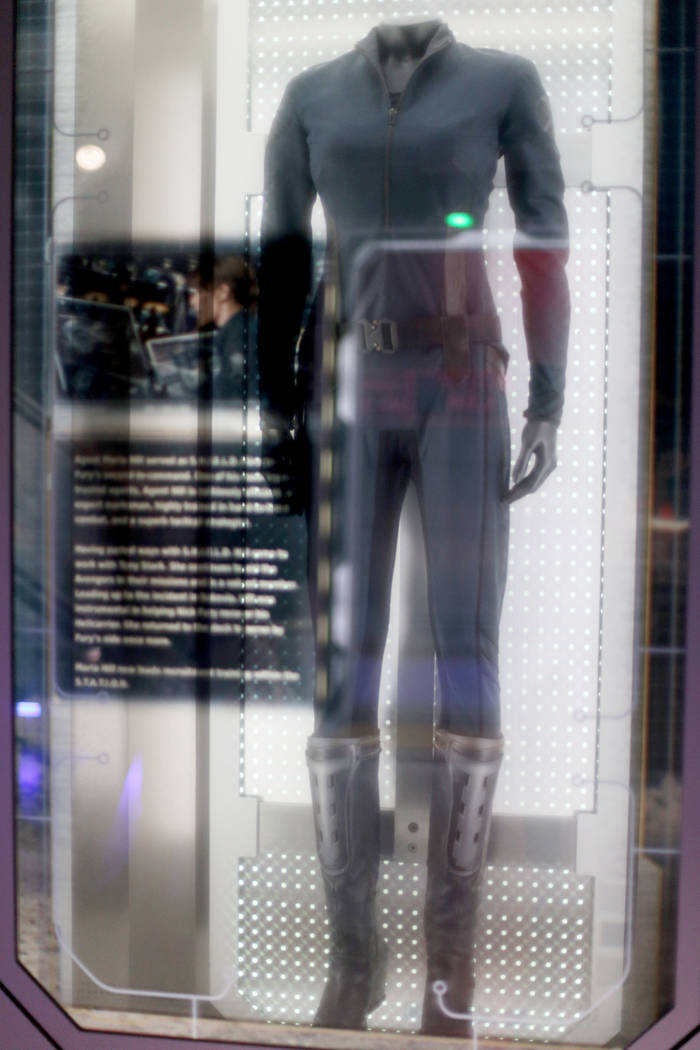 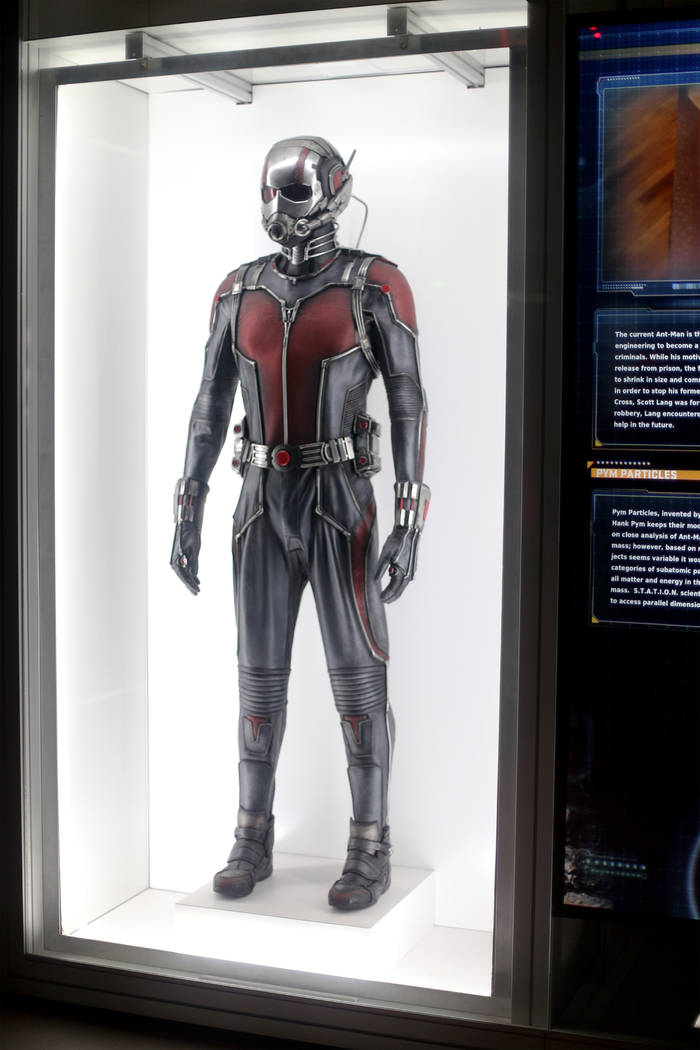 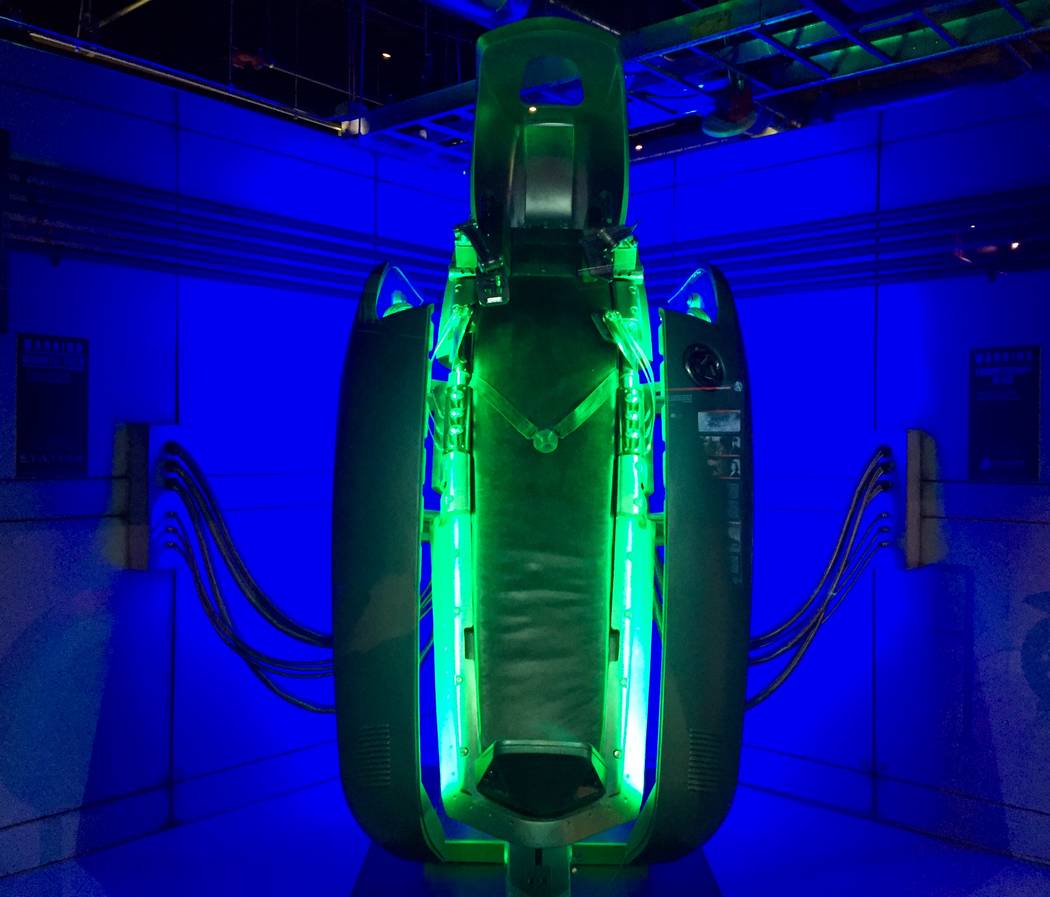 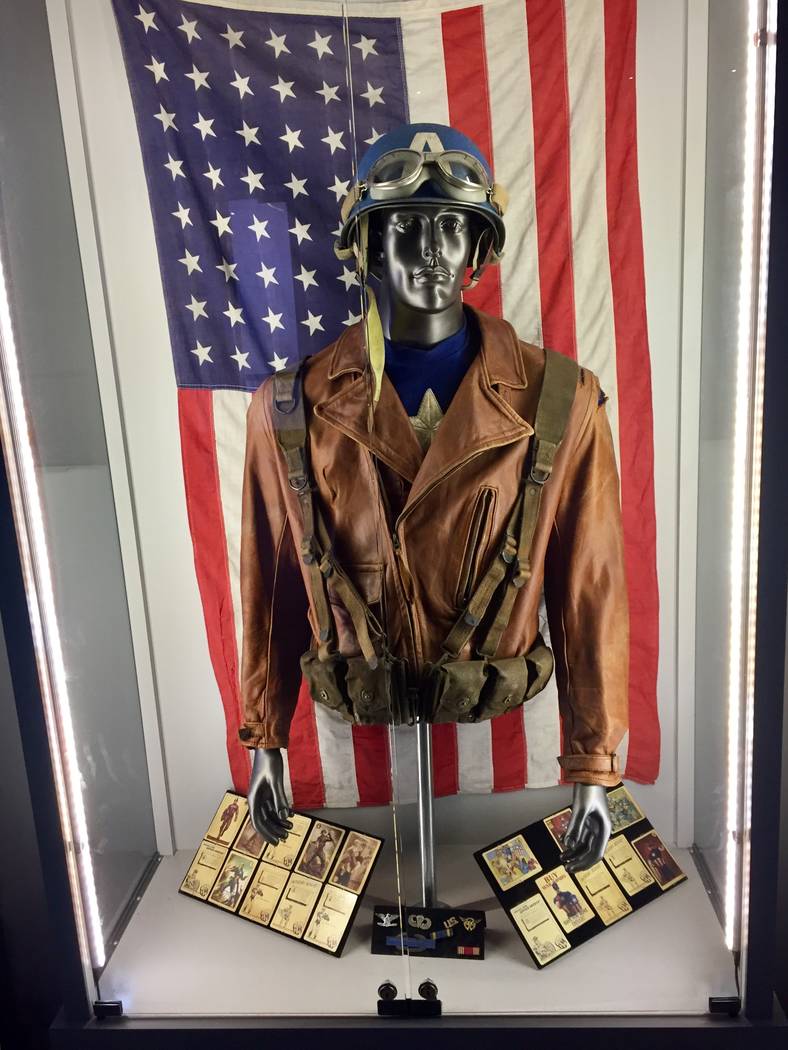 It makes sense that Marvel’s Avengers STATION, an interactive celebration of the superheroes featuring props and costumes from their movies, was built on the Strip.

After all, the Marvel Cinematic Universe began in Las Vegas.

Sure, the opening scene in 2008’s “Iron Man,” the first of the franchise’s 21 movies that have been released, takes place in Afghanistan’s Kunar Province. But that’s part of a flash-forward. The story truly starts, “36 hours earlier,” with Tony Stark skipping an awards ceremony at Caesars Palace to shoot craps.

OK, fine. If you’re being very literal, that’s predated by the events in later movies as “Captain America: The First Avenger” takes place during World War II, and “Captain Marvel” is set in 1995.

Nobody likes a stickler.

Church of The Avengers

“I see this almost as a church celebrating The Avengers,” says Welby Altidor, group chief creative officer of Cityneon Holdings and Victory Hill Exhibitions, which operate the exhibit at Treasure Island.

The real draw, though, is the costumes, along with a couple of spectacular props. The attraction contains a mix of authentic pieces and reproductions, with some of the latter created by the same people who made the originals.

As for the real things, the massive Vita-Ray Chamber, where Steve Rogers went from a 95-pound weakling to a super soldier in “Captain America: The First Avenger,” is there as is the Tesseract portal generator from “The Avengers.”

In addition to that chamber, the room dedicated to Captain America contains his motorcycle jacket and helmet from “The First Avenger” and his full costume from “The Avengers.”

A stunning display of the Mighty one’s costume from “Thor,” befitting its Asgardian heritage, takes up most of a wall in a room designed around him and, to a lesser extent, Loki.

Costumes for Black Widow, Hawkeye and Phil Coulson represent “The Avengers,” while duds worn by Nick Fury and Maria Hill come from “The Winter Soldier.” Two of the newest additions are costumes for Ant-Man, from his 2015 debut, and Scarlet Witch, from the same year’s “Avengers: Age of Ultron.”

Eight movies — more than a third of the Marvel Cinematic Universe — have been released since then. To address that gap, Altidor says upgraded content, including new characters, will debut June 1. A more significant overhaul is coming next year.

Altidor can’t talk about what’s coming — “I’d love to,” he says. “I’m quite excited.” — due to Marvel’s strict code of secrecy that surrounds, well, pretty much everything.

Black Panther, Captain Marvel and Doctor Strange are some of the major characters who aren’t represented. But the exhibit has limited space, and how do you even decide who’s an Avenger these days? Especially considering 99 percent of the Marvel Cinematic Universe showed up in last year’s “Avengers: Infinity War.”

Everybody loves Coulson, but he isn’t exactly Avengers material, is he?

Fury and Hill are enshrined, too, but are they actually Avengers?

Then again, since even poor, neglected Hawkeye makes the cut, no questions asked, they might as well just let anybody in. 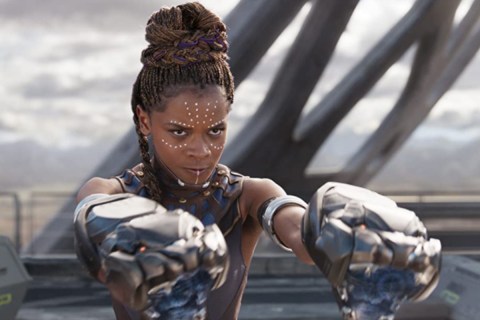 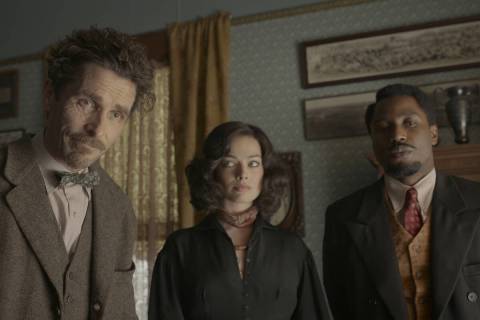 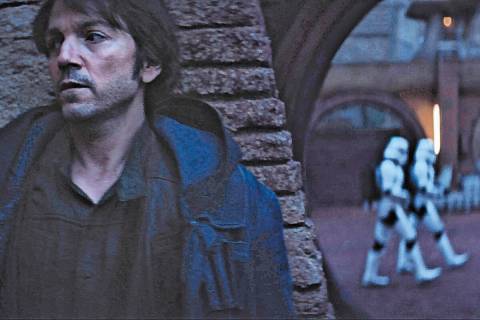 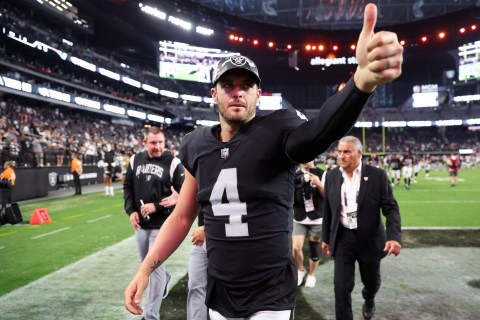 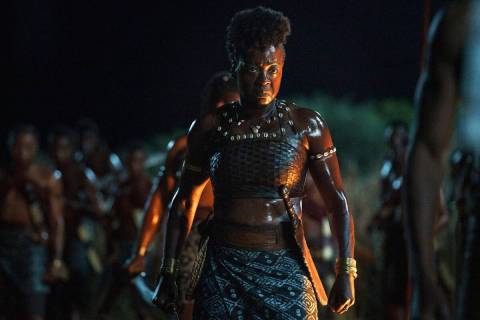 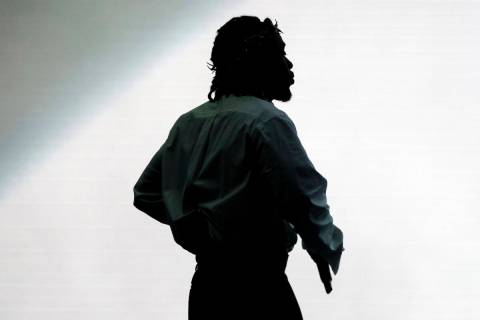